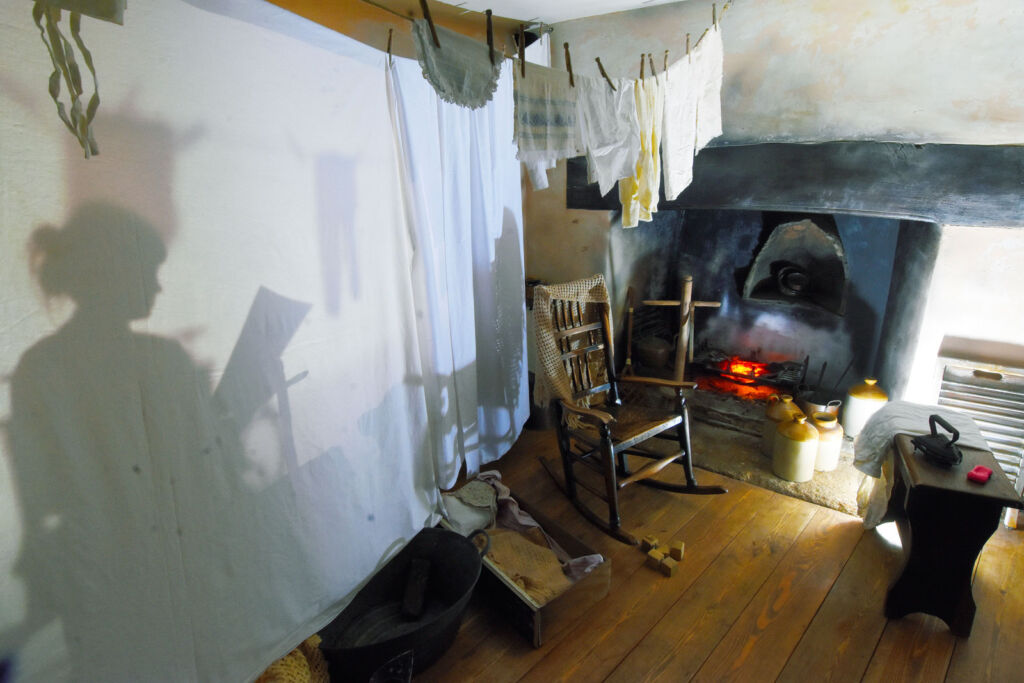 Plymouth’s Elizabethan House has recently reopened following an extensive renovation program, part of the port city’s Mayflower 400 commemorations. Our finest history buff, Sabi Phagura, headed down to England’s south coast to take a closer look at what’s on offer at the historic property.

With the world opening up again after the lockdown, we’re all in need of a holiday of sorts. And while it’s easy to run to the beach from some R&R, the British weather doesn’t always play ball.

But there’s plenty more to do than strolling along the beach with a bag of soggy chips in hand, and here at Luxurious Magazine’s HQ’s, we’ve been exploring some of the other things to do and see. In fact, hot off the press, we can reveal Plymouth’s Elizabethan House has reopened following a major restoration as part of Plymouth’s Mayflower 400 commemorations. 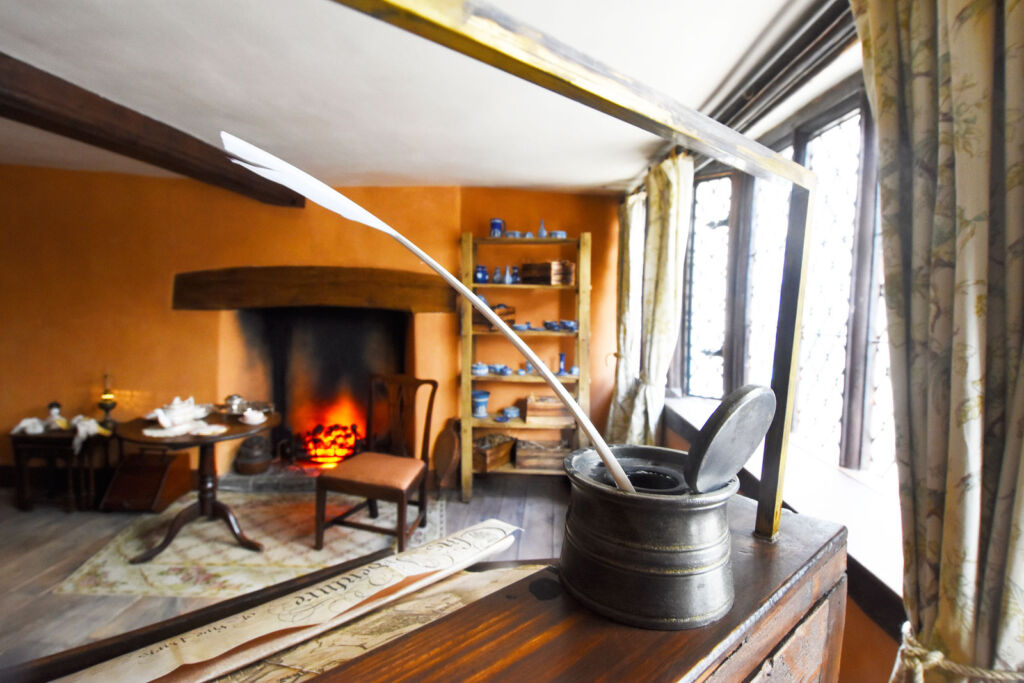 Devon is often touted as a must-visit destination for its sandy beaches, amazing coastline and fossil cliffs. But delve a little deeper, and you’ll find a plethora of other gems. Among them sits the 400-year-old Grade II Listed historic Elizabethan House in Plymouth, one of Devon’s most significant buildings, which has been rescued after a major restoration project at the tune of £1.7million.

Having survived the slum clearances of the early 1900s and the Blitz of World War Two, it’s truly incredible that this extraordinary house has stood almost unaltered for so long where others had been destroyed. 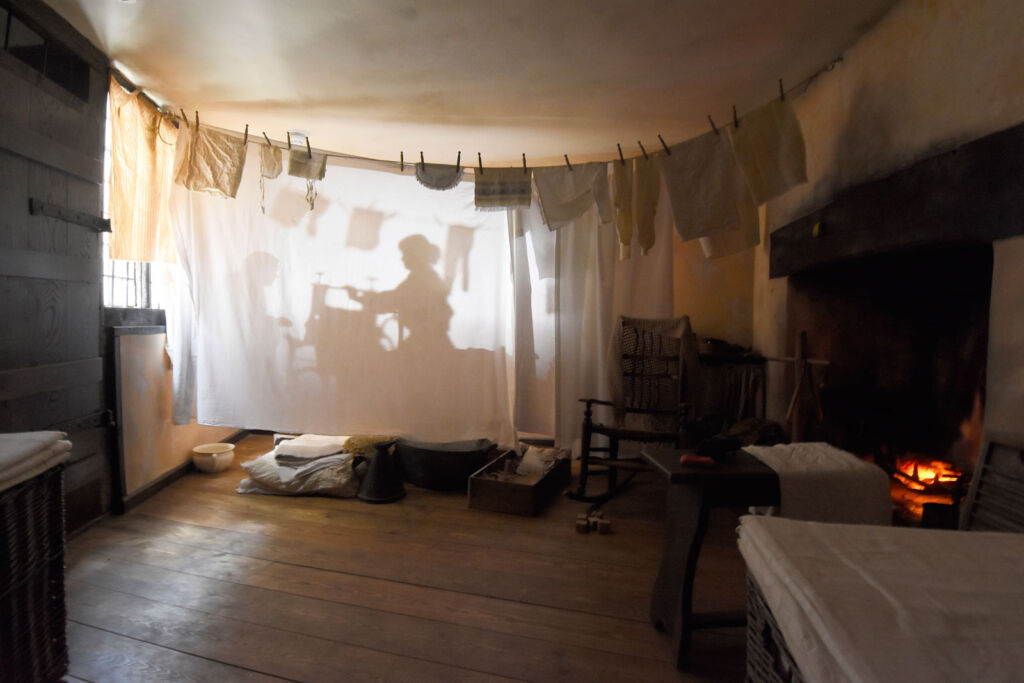 With a fascinating history, the Elizabethan, which dates from the late 1500s when Plymouth was a thriving port, has been reinterpreted as a multi-sensory audio-visual tour experience shedding the spotlight on some of the people who lived there over four centuries.

The 45-minute tour will take you on a historical journey through the rooms as the ‘voice’ of the House narrated by 90-year-old June Marlow, who just so happened to live in the same street in her early years. According to our tour guide, finding June was a stroke of luck as the project team had to look long and heard for the right local accents to tell the stories. 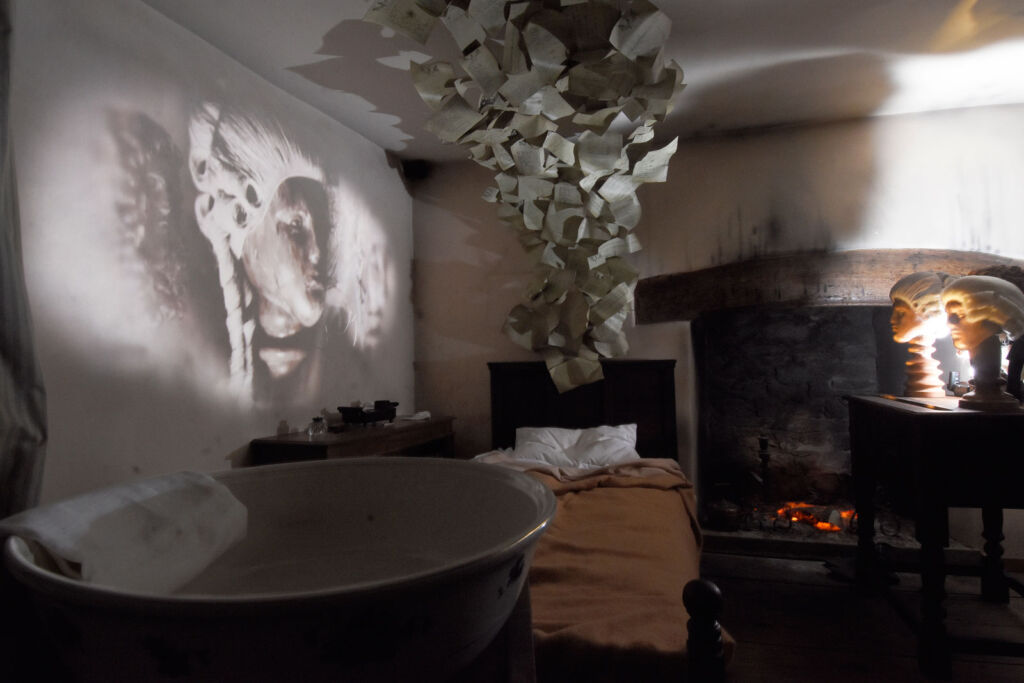 Part of The Box family (a new museum, art gallery and archive for Plymouth and the South West), I was one of the first to enter and explore the newly restored house in the city’s Barbican area. Starting from the top floor and weaving through interconnecting doors and a spiralling staircase, visitors can expect to be told a story through those that occupied the House, including the first owner, a washerwoman and wig maker. 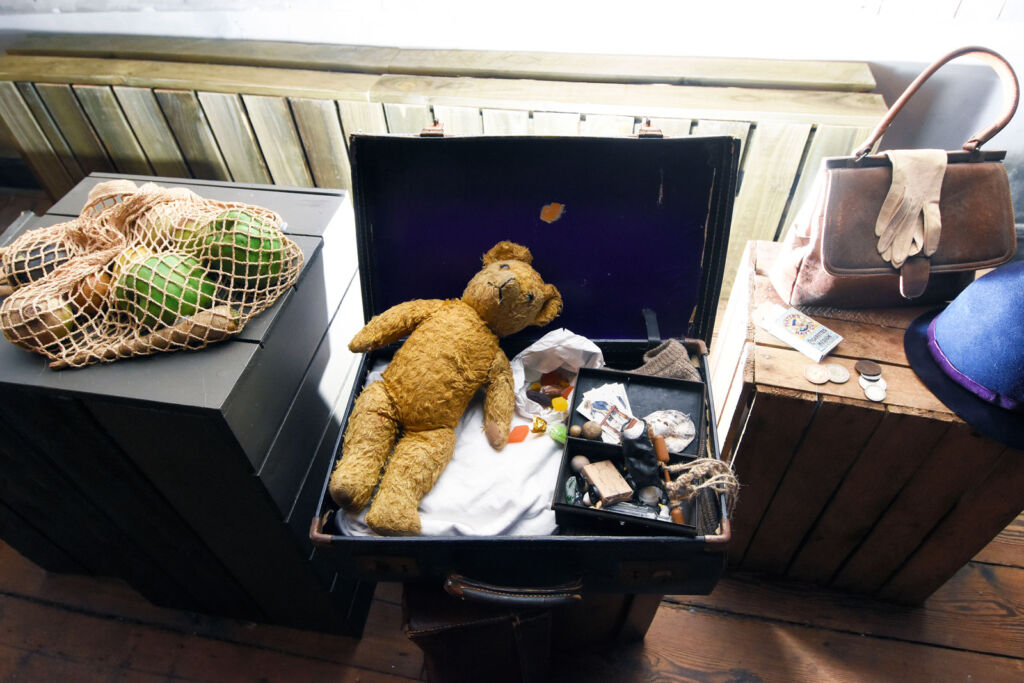 Each meticulously restored room is dressed with a series of carefully selected props to bring the stories alive – from a dreidel (a game which s one of the most famous Hanukkah traditions) to represent the Jewish owner of the House to a fishing rod to symbolise a fisherman lost at sea. Other articles you can interact with includes original and specially commissioned objects such as Wedgwood pottery, clay marbles and a christening dress. 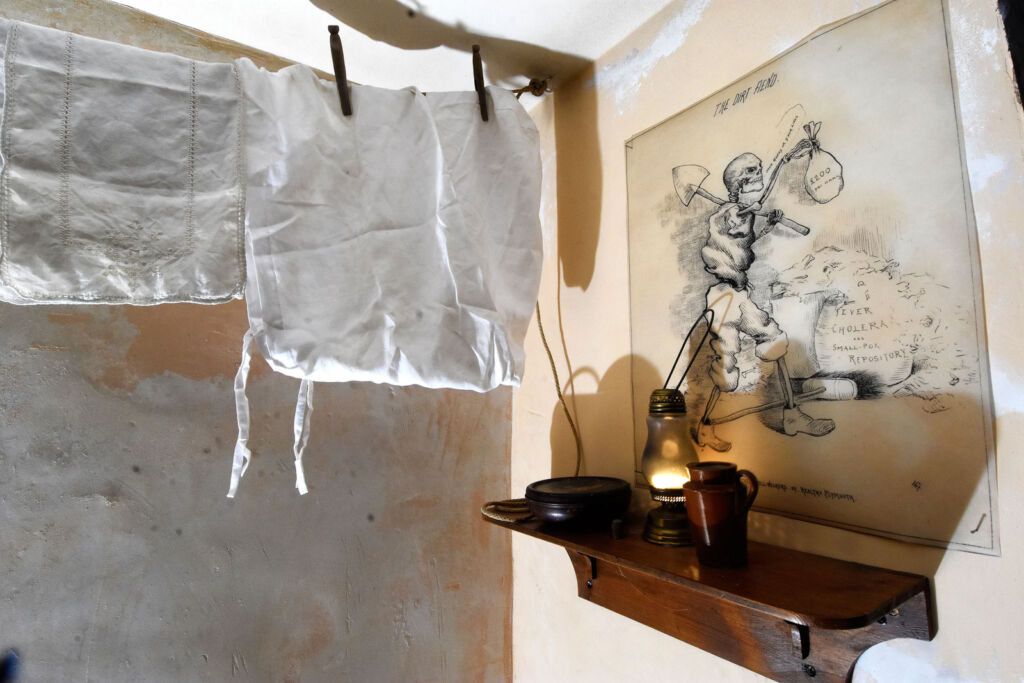 Projections, images, and smells all add to the experience, which is as close as you will get to being transported back to the very day these people lived here, offering a glimpse of what life must have been like for them. The front of Elizabethan House looks small and narrow, but it stretches out to the back, making it feel rather spacious. Still, it’s hard to imagine how up to 60 tenants were crammed into the space at any given one time. 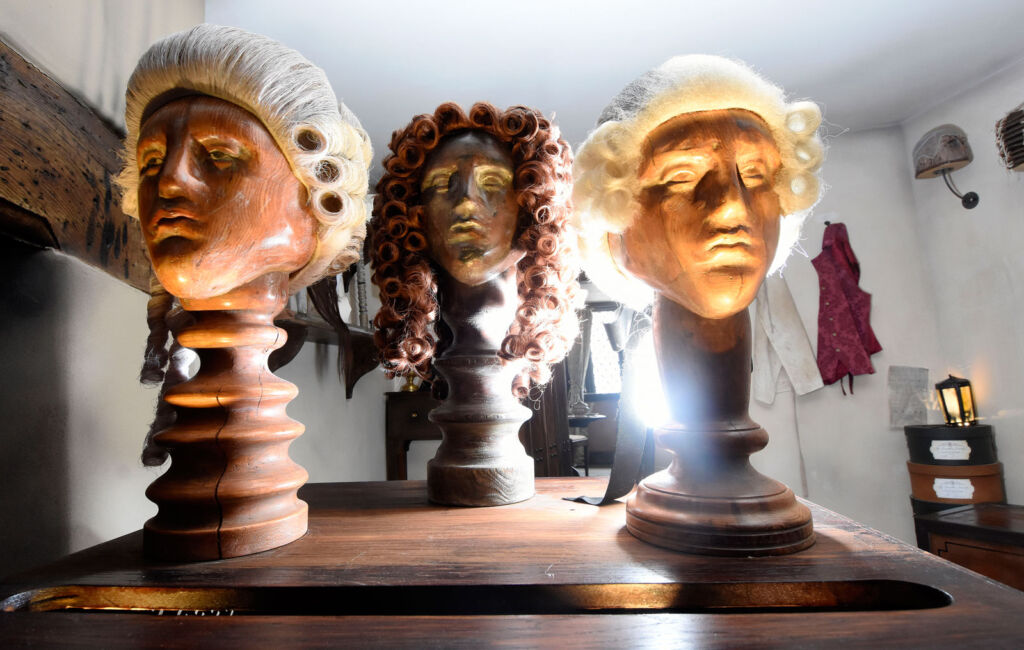 The restoration of Elizabethan House has been led by a project team from Destination Plymouth and Plymouth City Council. Working with specialist heritage architects Dittrich Hudson Vasetti the project was funded by the council, Mayflower 400, the National Lottery Heritage Fund, Coastal Revival Fund, Historic England and The Pilgrim Trust. The work, which took around six years to complete, included:

If you like history as much as I do, you’ll love spending time here.

Plymouth’s Elizabethan House – Where and How?

Tickets for Elizabethan House cost £10 adults, £7.50 concessions and £5 5-17-year-olds. The entry is free for the under 5’s. Tickets that must be booked in advance can be purchased via www.ehouseplymouth.com and in-person from Plymouth’s Tourist Information Centre and The Box.