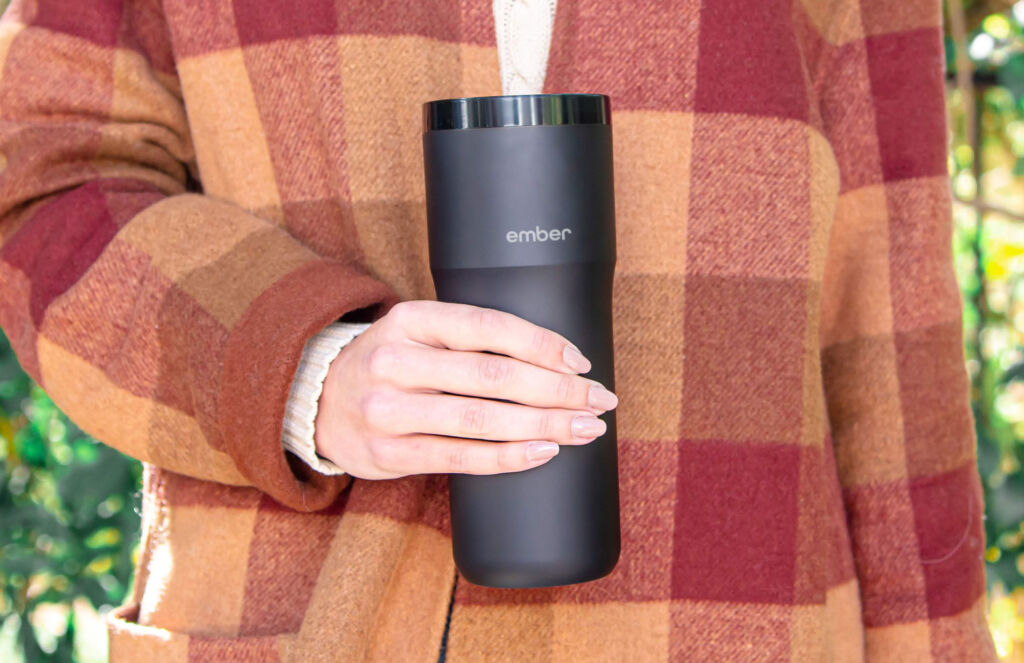 Are you fed up with leaky, hit-and-miss thermos-type cups? Do you want your favourite hot beverage to be at the ideal temperature with all the taste whenever you want? If so, you need an Ember Travel Mug2, the ‘smart’ way to enjoy a drink in the office, while travelling, or in the great outdoors.

In many people’s working lives, being stuck at a desk behind a screen during the day is necessary. If truth be told, almost everyone in this position would say they could do with a few more luxuries to make the mundane a little more palatable. One staple to keep staff productive is a hot beverage, and the one that sits above all others when it comes to providing an extra boost is coffee.

Many people worldwide are, let’s say, very particular regarding their coffee. According to Starbucks, sixty million people visit their stores weekly, and some of their drinks, such as its Super Venti Flat White, are a little pricey. If you’re going to spend hard-earned money on a perfect cup of coffee, then chances are you’d want to enjoy and savour it for as long as you can, so having a drinking vessel such as the Ember Travel Mug2 that allows you to do this is a no-brainer. 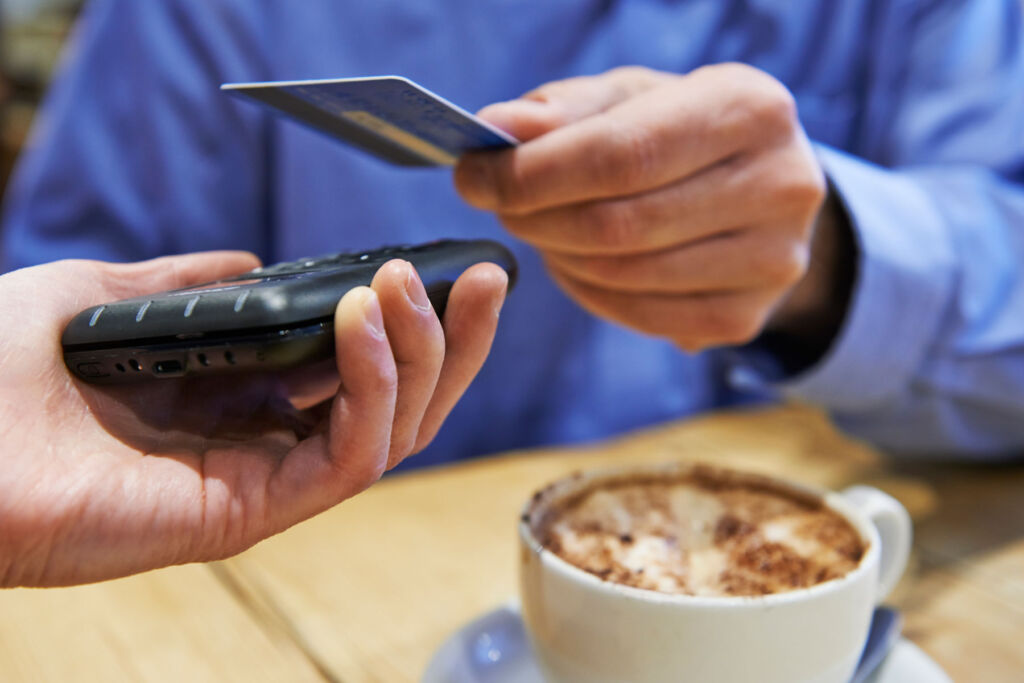 It’s only been within the past couple of months that I have discovered the world of ‘proper’ coffee, thanks to a rather smart-looking espresso machine in my kitchen, which can make a wide variety of tasty beverages. However, there is a slight drawback to using it, and it’s the effort needed to make a drink; unfortunately, my efforts are sometimes for nought.

So why would my effort be wasted? After all, all one needs to do is bring a drinking vessel to the mouth and imbibe; what is so tricky with doing that? The issue is I am frequently distracted, get on a video call or get into a particular mode when writing and forget about my drink. When I do, I end up with a lukewarm, sometimes cold drink that has to be warmed up in the microwave and never quite tastes as good.

Cue Ember, a company, founded by Clay Alexander in 2016 that specialises in products that make hot drinks behind the desk (and other places) become a far more enjoyable experience. Clay has been building companies for around half his life, and with Ember, he’s produced things that people would be saying to themselves, “Why didn’t I think of that!” Ember’s drinking vessels not only look great and work brilliantly but also keep the contents at the perfect temperature and don’t even need a lid on them to do this! 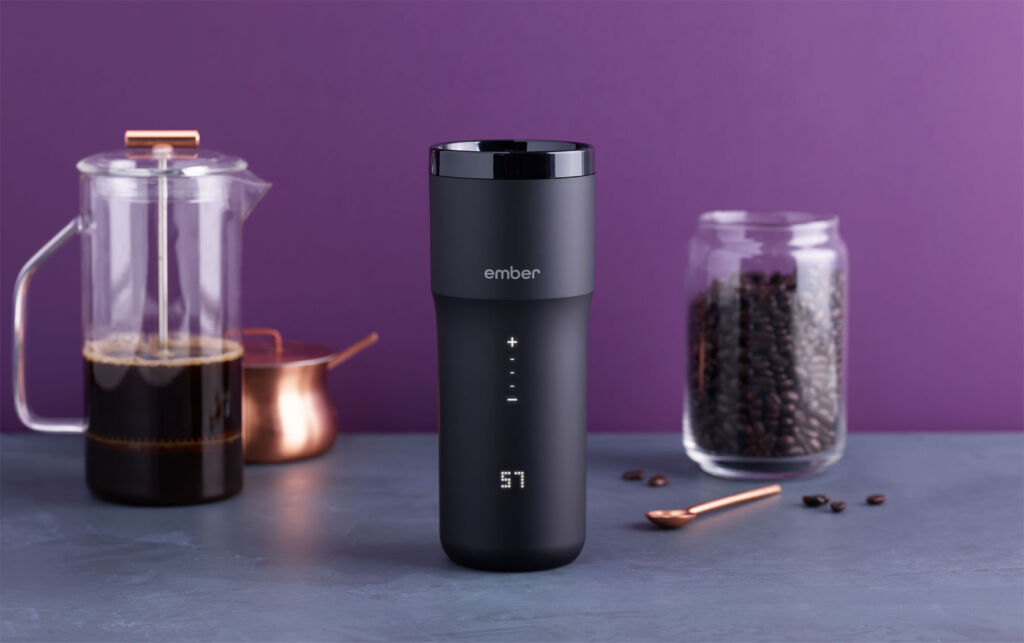 On the side of the mug is a scale with plus and minus symbols to guide you. By simply touching one of the markers, you can set the temperature and the remaining battery time, and you can’t go wrong as the temperature is also shown in large digital numerals. 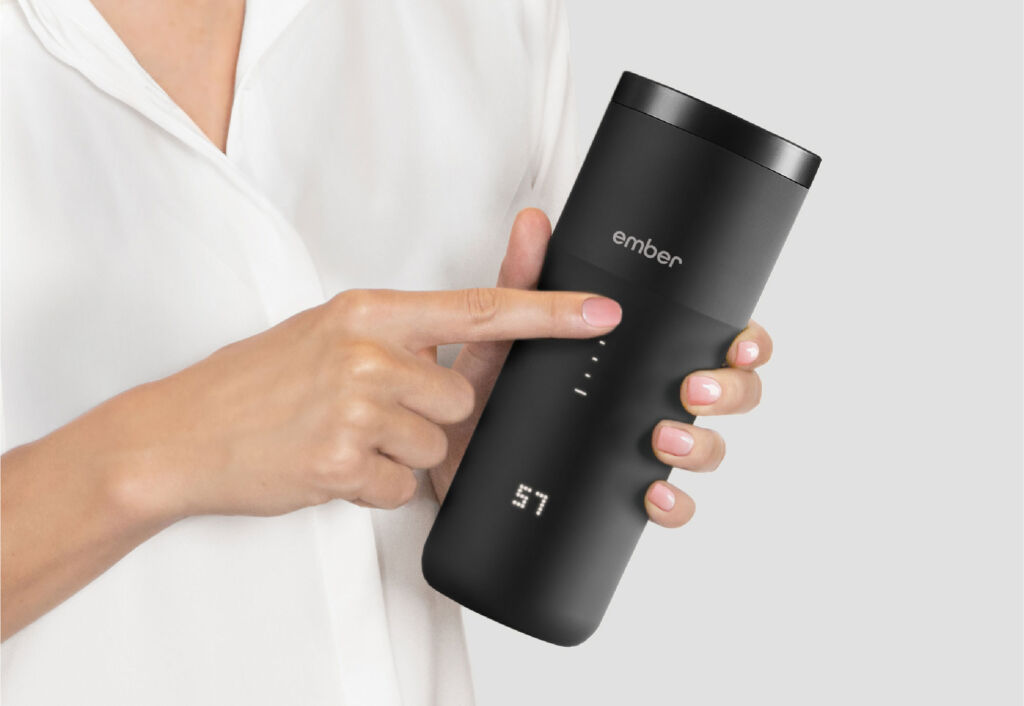 A great deal of thought has gone into the design of the Ember Travel Mug2, which is evident in its svelte bottom. Incredibly, when it comes to cup holders in modern car cars, they are not all created equally. For example, the cup holders in my wife’s car will only take specific sized thermos-type drinking vessels, i.e. those with a smaller bottom. Fortunately, even though it is a decent 12oz/355ml container, the Ember Travel Mug2 fits snugly where it should be in our car.

Although I mentioned the large number of people working behind desks, I would be remiss not to consider those spending a lot of their time behind the wheel. Like office-bound workers, those driving a lot also need something to keep them going, and you’ve guessed it, coffee is also the go-to for many drivers. The only problem with buying a coffee whilst on the road is the container it comes in. If you’re lucky, the paper or polystyrene cup with a plastic lid might still hold a fraction of its heat and be just about drinkable after an hour.

Fortunately, Ember also has a solution: a 12v car charger compatible with the first and second-generation mugs. If you didn’t make your own drink or need a refill, you can buy one in the paper container, carefully pour it into an Ember travel mug and still enjoy it hours into your journey.

Another nice feature of the travel mug is its automatic wake and sleep function. When the mug detects it is being picked up, it will turn on, and the internal heating element will get to work, and it is the opposite when it doesn’t detect movement for a time—both help to improve the 3-hour built-in battery life. 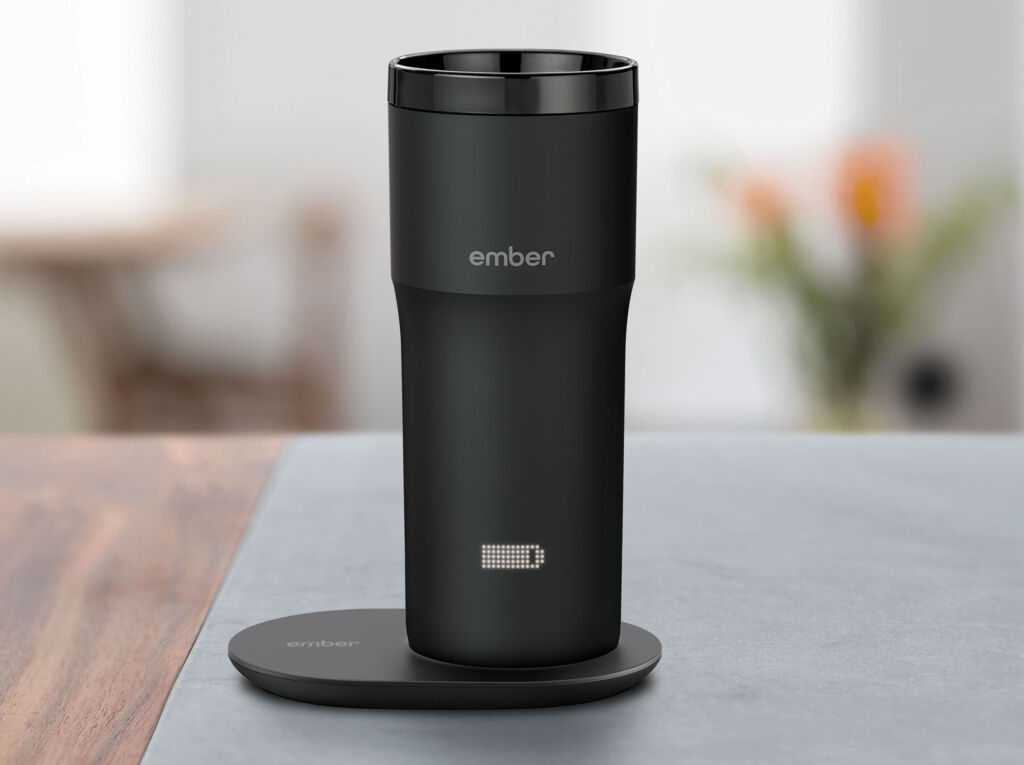 Whilst I am on the subject of the battery life, one of the other cool features of the Ember Travel Mug 2 is the charging coaster, which allows you to keep the liquid inside the mug at the exact temperature you want all day. Keeping the mug on its charging coaster will enable you to leave for lunch, head into a meeting and come back to your drink as if you’d only just made it. This feature is also particularly handy if you have a power bank and are camping.

The Ember Travel Mug2 is, as the name suggests, the second incarnation of this drinking vessel from the company. This newer, updated version offers vastly improved battery life and a slim-down design. I should mention that it is available in only black; however, this colour looks great and does make it look premium.

Another thing to point out is that the Ember Travel Mug 2 doesn’t need a smartphone to work and has a leak-proof push-to-open lid designed to avoid spillage. To be frank, I hardly found the need to use the app as the touch controls were more than adequate for me.

Compared to the everyday run-of-the-mill thermos-type container, the Ember Travel Mug 2 might appear expensive at $199.00; however, you will be getting something that leaps and bounds ahead of the competition. If you’re anything like me and want a perfect tasting beverage at the optimum temperature, whether behind the desk or wheel or in the great outdoors, you can’t go wrong with one. 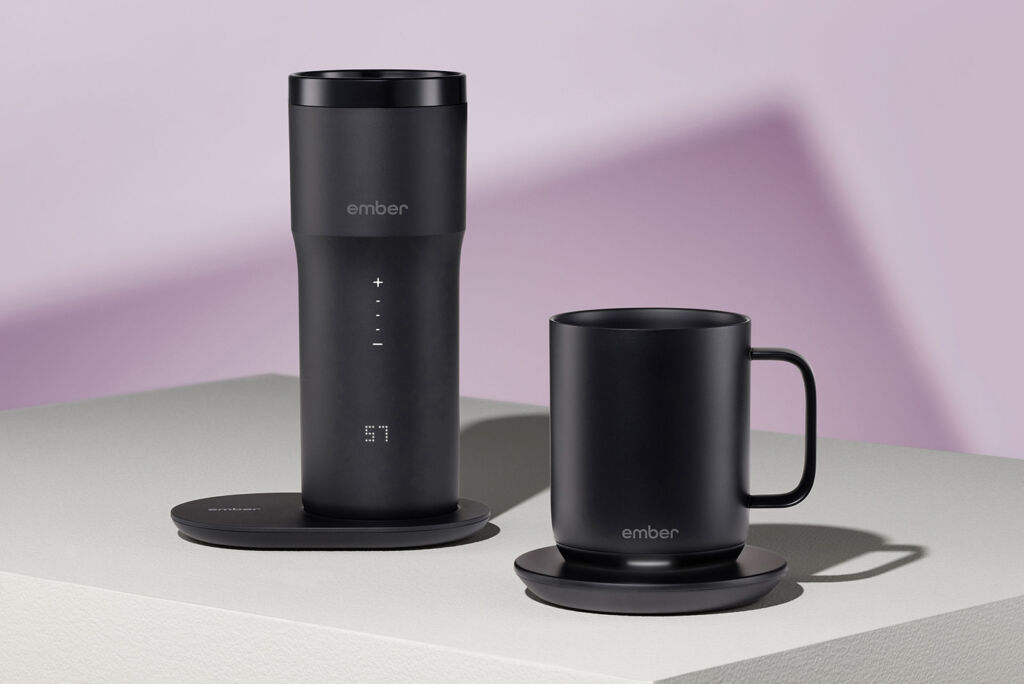