Jon McKnight takes a closer look at the Porsche Mission E, possibly the most extraordinary Porsche in existence

Tomorrow, as Annie remarked in the musical, is always a day away – but that day can’t come soon enough for the legions of Porsche fans around the world who’ve seen the future in the form of the Mission E concept car and, understandably, want one now. 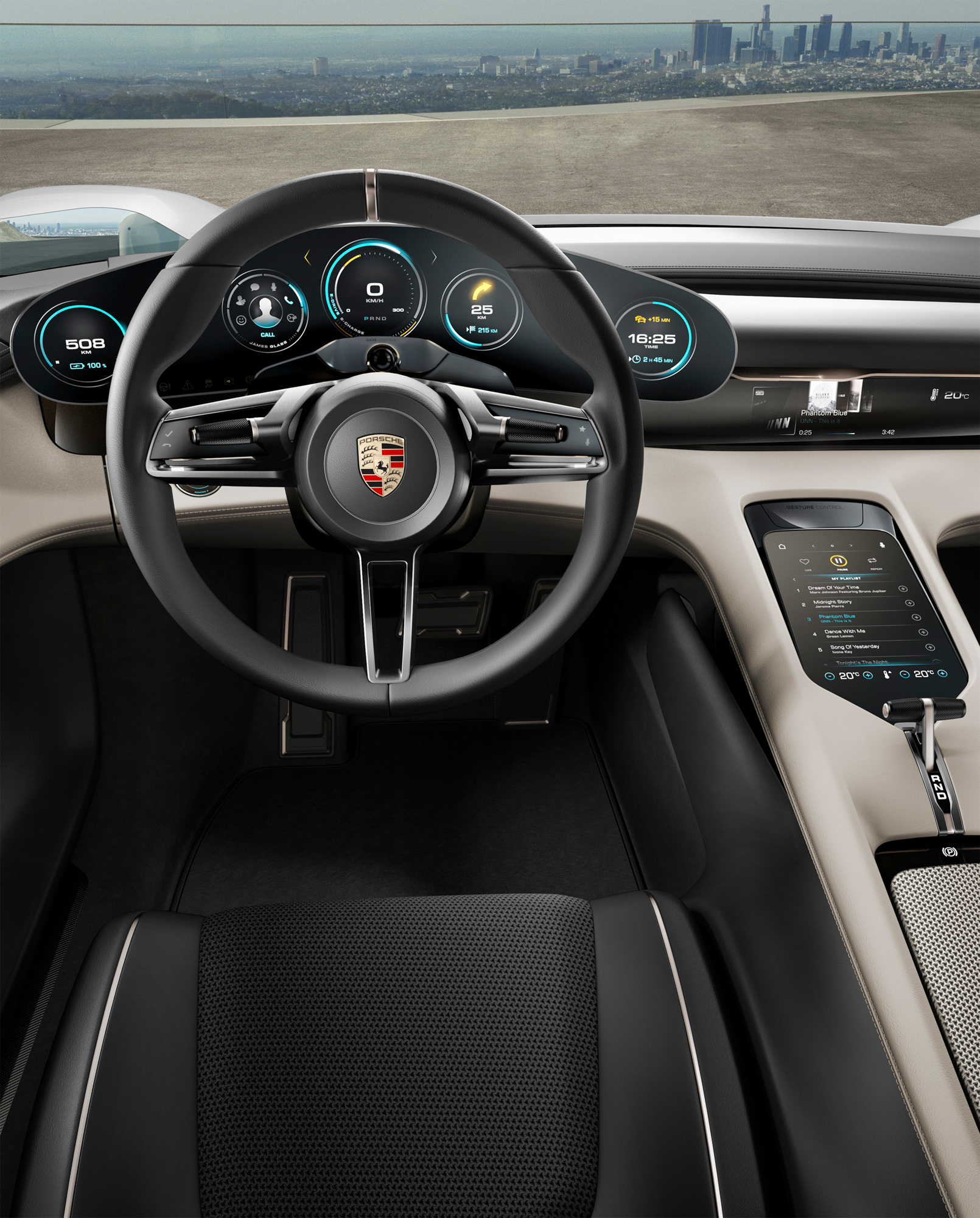 For the Mission E is not just another Porsche. It looks every inch a Porsche, of course, and it performs like a Porsche, too – but in every other respect it’s unlike anything the German manufacturer has ever produced.

You can blame Elon Musk for that. The founder of Tesla threw away the rule book that other manufacturers had been following religiously and showed the world you could have an electric car that performs like a sports car and drives for hundreds of miles on a single charge.

Even better, he showed that by flattening out the batteries like a slab of chocolate and putting them under the floor with a tiny bed-roll-sized electric engine in between the wheels, you could have room for four or five proper-sized seats inside, plus tons of luggage space.

The reactions of two world-class German manufacturers have been interesting – and different.

BMW brought out the breathtakingly beautiful i8, reviewed here in Luxurious Magazine, with its dihedral doors and sculptural bodywork – the most sensational car it has ever produced, but one that looked technically Jurassic compared with the Tesla Model S. As anyone who saw Luxurious Magazine’s video review of the BMW i8 will have seen, BMW missed every trick in the book and ended up with an extraordinary, wow-inducing car which, lamentably, had ludicrously little luggage space and two rear seats that would be perfect if you only wanted to have a couple of teddy bears as your passengers.

As a hybrid, it had sensational performance with a three-cylinder petrol engine and a small electric motor – but if you relied on the electric engine alone, you’d be able to drive a whole 22 miles. In theory. But Porsche, in the Mission E, has “done a Tesla” and created its own version of what BMW should and could have done – a car with looks to die for that has four full-sized seats, blistering performance, and an all-electric driving range of hundreds of miles.

If there is a more significant milestone than this in Porsche’s recent history, I can’t think of it – though all depends on whether the concept car becomes a reality, and how soon. BMW’s i8 is already on the road, and the queue to buy it suggests that its toe-in-the-water approach to electric motoring is deterring no-one, while Tesla is no real threat to Porsche in terms of looks.

Porsche owners and would-be buyers are a loyal lot and wouldn’t dream of buying anything else even if it were better, so there will be a phenomenal demand if and when the Mission E makes it to the showrooms. Nor will there be any quibbling over the true extent of its emissions for, as with the Tesla, there aren’t any. That’s why there’s no exhaust pipe: it’s simply not needed, as there’s nothing to emit. And, like the Tesla Model S, there’s no transmission tunnel, either, which gives the designers a lot more freedom with the interior. It could even open up Porsche’s market to people who have always dreamed of owning one but couldn’t because their passengers were full-sized humans rather than teddy bears.

We’ve yet to get our hands on one (a Porsche Mission E, not a teddy bear) at Luxurious Magazine, but we’re impressed by the specifications we’re aware of. 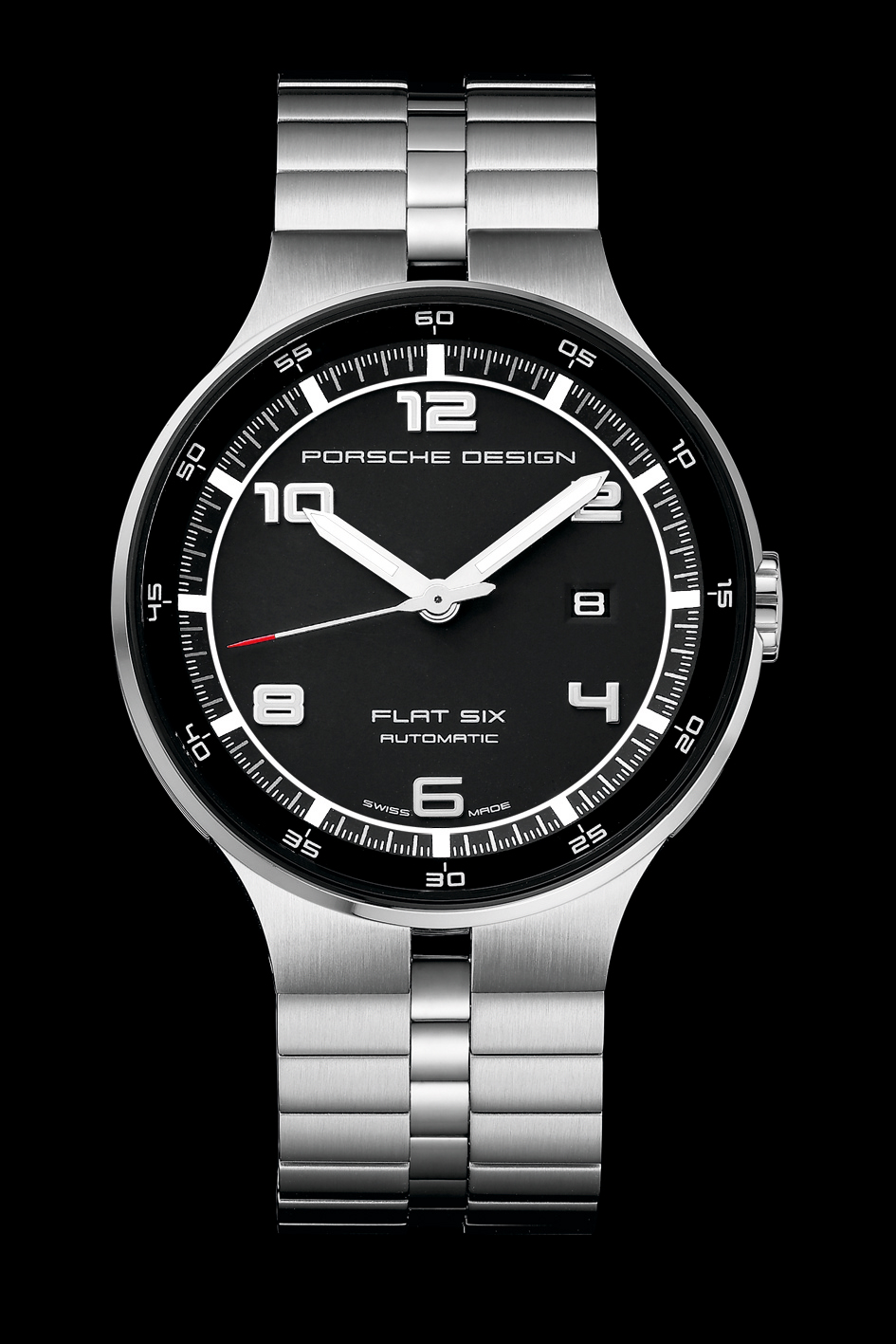