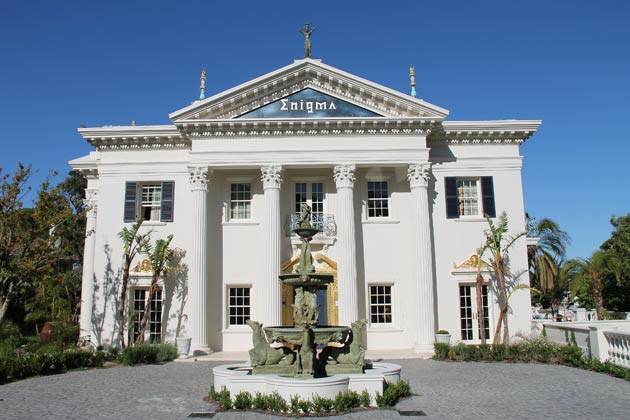 Priced at 25 million euros, it’s said that Enigma Mansion is the most expensive property to be put on the market in South Africa.

Completed in 2011, the ostentatious trophy home has hosted royalty, celebrities, and commercial, film and TV shoots, including American apocalyptic supernatural action series ‘Dominion’, and is now ready for a new owner. 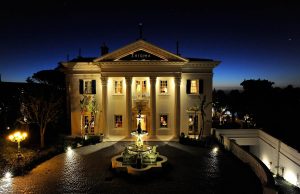 Glynn Evans, Managing Director of selling agent Ibiza Sotheby’s International Realty, comments, “We’re already marketing a six-bedroom six-million-euro country hideaway in Ibiza on behalf of this German billionaire owner, and he’s recently added Enigma Mansion to our sales portfolio. While the two homes share superlative qualities and styling, and target a similar would-be buyer, it’s the South African home that is notorious for its unapologetic opulent exhibitionist styling and the roll call of VIPs its hosted. Given the prime coastal location and the money that’s been spent on technology, interior décor and landscaping, the 25-million-euro valuation could almost be higher.”

With an address in wind-free The Glen, a sheltered wealthy enclave on Cape Town’s sought-after Atlantic seaboard popular with European homeowners, Enigma Mansion actually refers to the main three-storey 1,586m² residence while a separate 264m² two-bedroom guest house and one-bedroom-suite cottage nestle into the grounds. Built in the style of a grand residence from a bygone era, offering nostalgia and elegance, it is only comparable to a handful of properties found in perhaps the South of France or on Long Island’s Gold Coast. 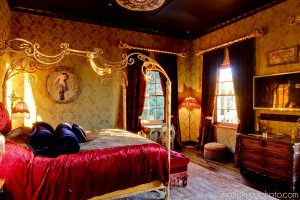 The west-facing master suite deserves special mention, a dreamlike space with living room, walk-in wardrobes, two en-suite bathrooms (actor Michael Caine famously said, the secret to a happy marriage is to “never share a bathroom”) and a trio of double doors leading to roomy terraces overlooking the landscaped grounds. This romantic suite also doubles as a ‘panic room’ and can be sealed off in 30 seconds. Meanwhile the 627m² basement has been dedicated to pure pleasure – a 100m² Parisian-style 3D cinema pre-loaded with thousands of blockbusters, a fitness room with Technogym equipment, a dance studio, sauna, and relaxation and massage rooms.

The estate’s one-million-euro-plus IT system took two years of planning, testing and programming and is in evidence in each room of the three houses. iPads give complete control of pre-loaded music, heating, air-conditioning, lighting, curtains, blinds, the alarm system, CCTV, and 3D televisions which are either recessed into the wall or released electronically from the ceiling. Superfast Cisco wi-fi is available throughout. 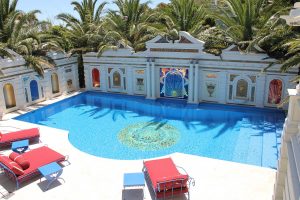 Outside, the 7,500m² (almost two-acre) plot offers a mixture of understated rambling meadow, waterways and ponds alongside showy accoutrements such as an Indonesian massage temple, an afternoon tea temple and a palatial Olympic-size Versace swimming pool billed as “the most glamorous and sexy pool in the western hemisphere”.

Unobstructed views of the Atlantic, Table Mountain, Lion’s Head, and Twelve Apostles mountain range add further to Enigma Mansion’s appeal, while Table Mountain Natural Park is right on the doorstep at just 50 metres. The cafes and restaurants of Camps Bay and Clifton Beaches are within three minutes. Professional private security are stationed in guardhouses just 50 and 150 metres from the property.