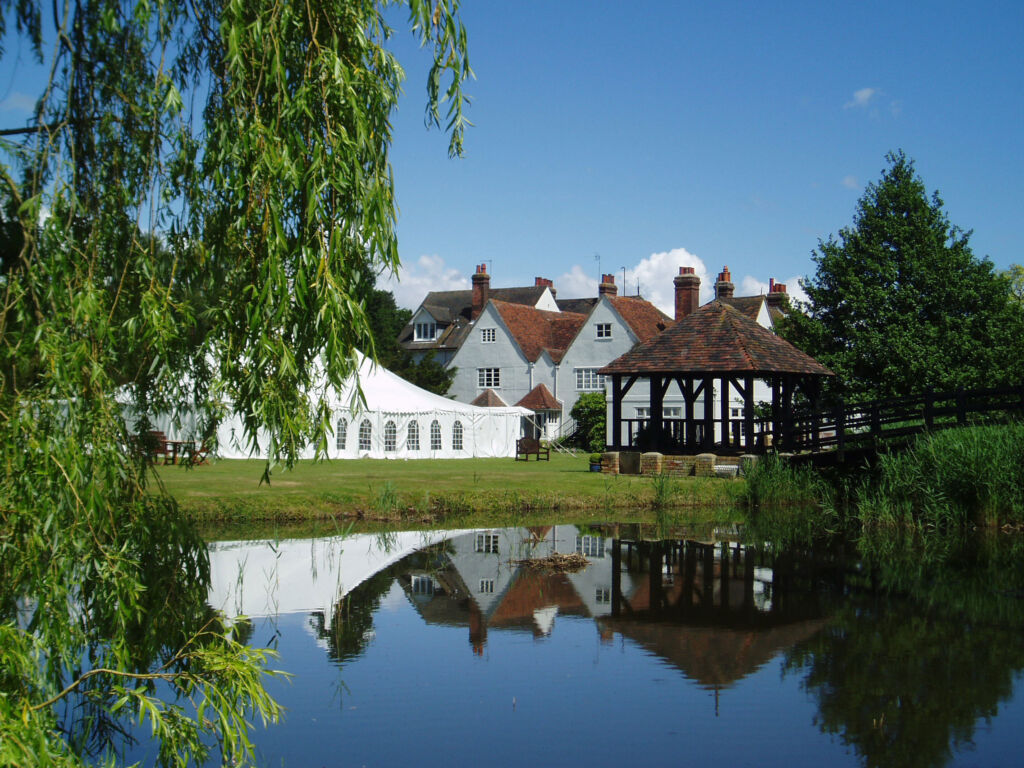 When it comes to staycations, it’s all too easy to choose the most popular. Although Devon, Cornwall, Cotswolds’ and the Lake District steal the limelight, Britain does have other incredible counties with cracking coastlines, world-class cities and spectacular rural regions. We decided to head to the lesser-known tourist destination of Essex to showcase some of the delightful places to visit.

Mention Essex and most people will associate it with the reality TV show “The Only Way Is Essex”. But this county bordering London and well served by rail and road is a cherished compendium of contrasts. As I discovered during a recent stay, a visit to Essex provides much more diversity than you may think. 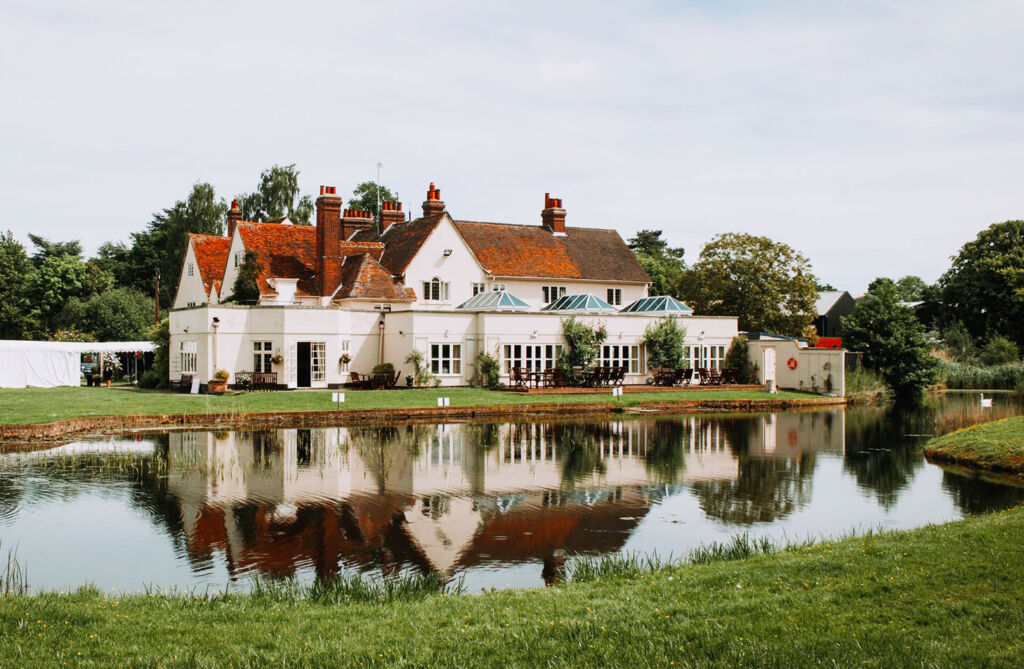 Prested Hall
My bolthole for the duration of my visit was Prested Hall, a beautiful 15th-century part-moated manor house set in 75 acres of parkland near Kelvedon and Feering. You know you’ve stepped into a bit of history when you come up the driveway to the front door.

Inside you’ll be greeted to plenty of oak wood-panelled walls, stained glass windows and period furniture. There’s also a waterside marquee that hosts weddings, three handsome and elegant reception areas – the Oak Room, the Garden Room and the large Orangery. The 18th-century Oak Room features a magnificent fireplace, while the Garden Room was formerly a 1930’s ballroom. 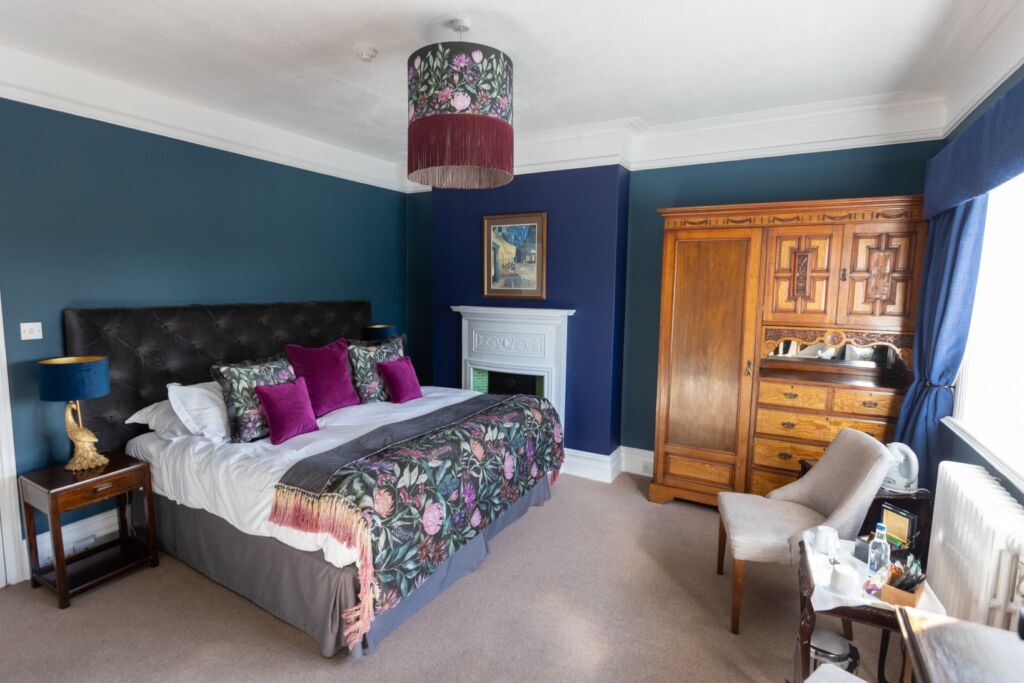 There are 14 individually decorated bedrooms in the main grade-II listed building, which follows the period theme. I was so distracted by the furniture and the décor I failed to realise there was a small TV set in the corner of the room until my second night.

Kudos needs to go to the designer Natalie Dalton (owner of the design and soft furnishings shop in Tiptree called Curtain Call), who has seamlessly blended an often unsightly bit of technology against such beautiful furnishings. I was definitely in the right place for some homely comforts from where to do some serious exploring. 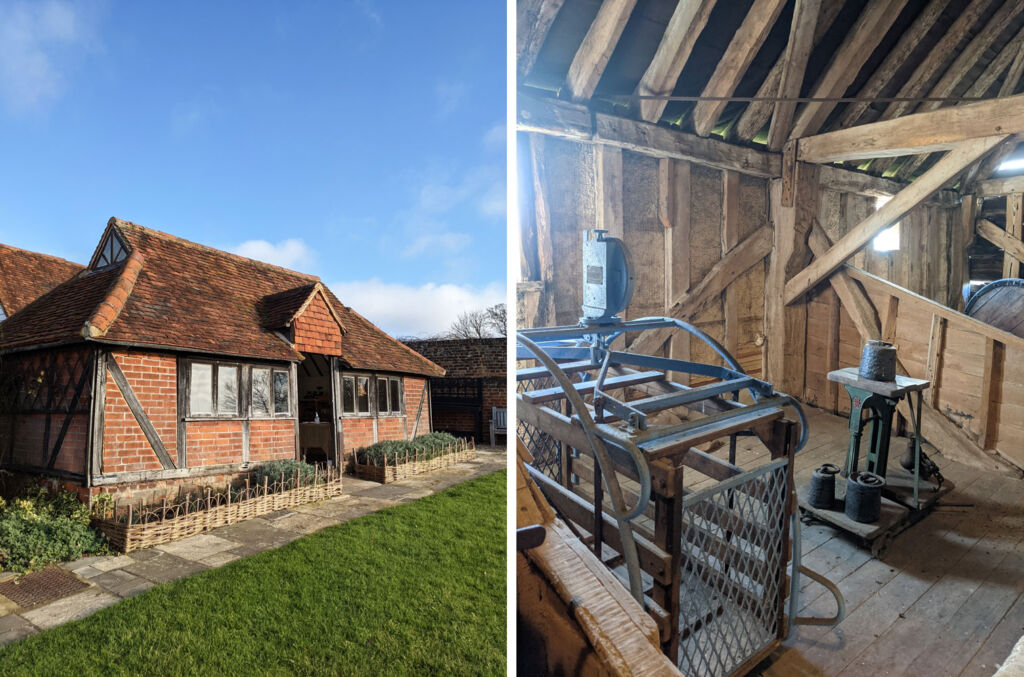 The Grade I listed Barley and Wheat Barns are the oldest known timber-framed barns and some of the few Templar buildings still standing in the country.

Classed as among the oldest and largest wooden structures in Europe, the barns attract international visitors who can get a remarkable insight into the building techniques of the time.

Those with horticulture or history interest will be delighted to learn of the walled gardens nestled within the grounds, created as a Tudor pleasure garden. I was somewhat mesmerised by them that even the biting cold didn’t stop me from taking a leisurely walk around them.

And if it’s gardens you are particularly interested in, I can recommend Hyde Hall, which has an eclectic mix of traditional and modern planting styles. The garden has expanded over the years, and there are now more than 365 acres of grounds to explore. 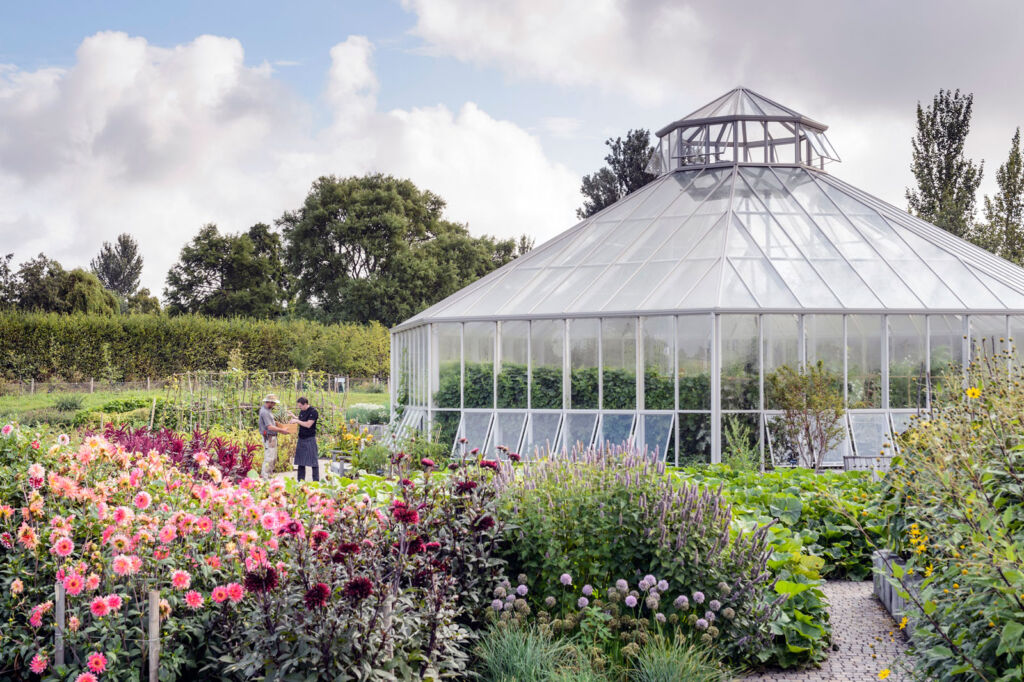 Hylands Estate
Similar to Cressing, there is much to explore at Hylands Estate in Chelmsford, Essex. You can spend a whole day at the landscaped grounds and formal gardens and still feel you have not had enough. It’s the reason why people make return visits throughout the year. Appealing to families, couples and groups, there’s everything from ancient woodland trails, formal Victorian Gardens, a lake, flint cottages and a children’s adventure playground.

Hylands House, set within the 574 acres of parkland, is a prestigious grade II listed is a beautifully renovated Neo-Classical elegant villa that is available for wedding hire and other celebrations. It was rescued from near a demolished state by volunteers Friends of Highlands. 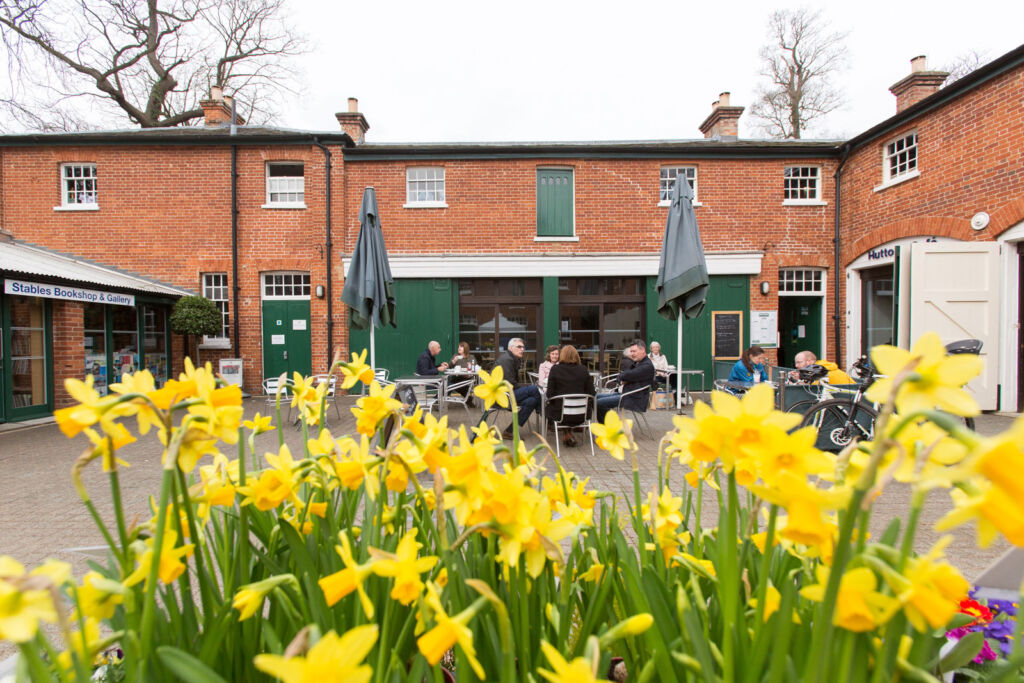 The Stables café, second-hand bookshop and recent artist studios can all be found within the grounds. There’s more outdoors to be explored in the retail sense of the word. Shopping fans can head to the outdoor Braintree Village for a spot of retail therapy in a range of designer outlet stores to pick up a bargain or two. 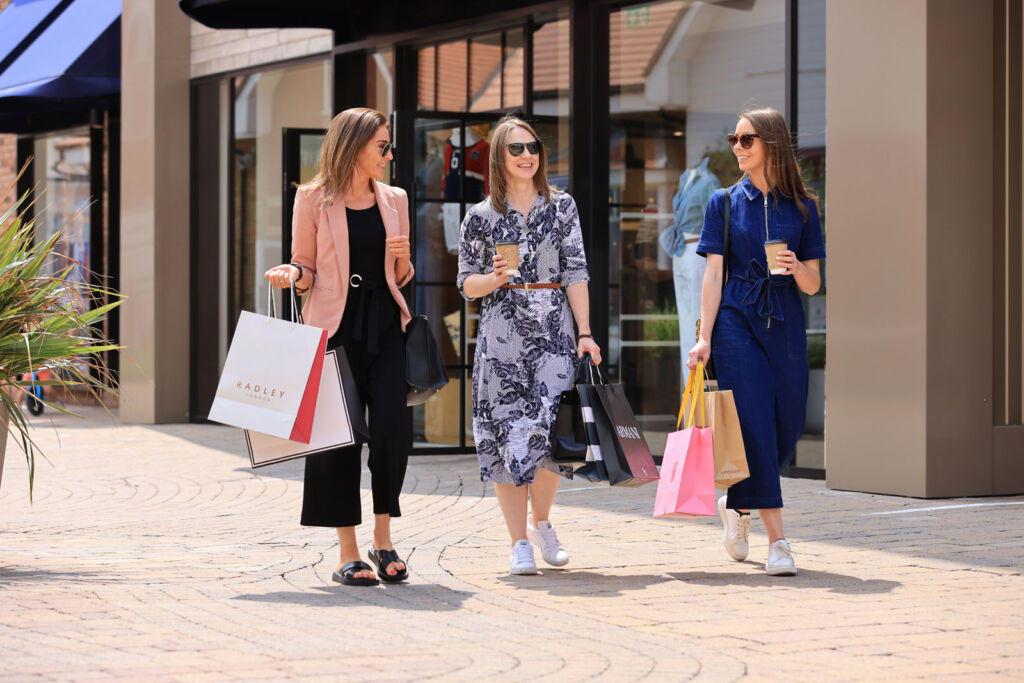 Back at Prested, there was a lot more for me to discover. Adjacent to the Hall itself stands the Health Club & Spa open to residents and members alike. But what caught my attention was when I was informed about ‘real tennis by Mark Hobbs. Mark is the head of the tennis department at Prested and told me they are one of only a handful of venues in the country to have both Real Tennis (sometimes known as Royal Tennis), Padel Tennis, and lawn tennis courts. Allow me to explain.

Real Tennis At Prested Hall
Real tennis is an indoor racket sport whose origins lie in Tudor times from which lawn tennis has evolved. There’ve been no real tennis courts in Essex since the reign of Henry VIII, who played at a court in Chelmsford.

Previous Prested owner Mike Carter had always been passionate about racquet sport, so he decided to put things right and built two of only 27 courts in the UK. And of course, I had to give the sport a go, so I allowed Mark to talk me through the equipment and the complex rules.

Unlike a typical tennis ball, this game uses a cork-cored ball with fabric wrapped tightly around it and has no bounce. The oval-shaped racquet is made of wood and is just the size of a hand span. The idea is to make it easier to strike balls close to the ground or aim in corners.

In my opinion, it was anything but easy. The complexities of the whole game had me on my toes as I batted the ball into the net, off the roof. I found the solid balls somewhat spin-crazy, so I had to pay attention to my aim. I would liken the game to a combination of squash, chess and snooker on the court.

Padel tennis is also available here, so, as the oft-used phrase goes, “When in Rome…”. This racquet sport was a little easier for me to grasp as scoring is the same as lawn tennis, and the balls used are similar. It’s played on an enclosed court 10 metres wide by 20 metres long, with the walls used in a similar way to the game of squash. 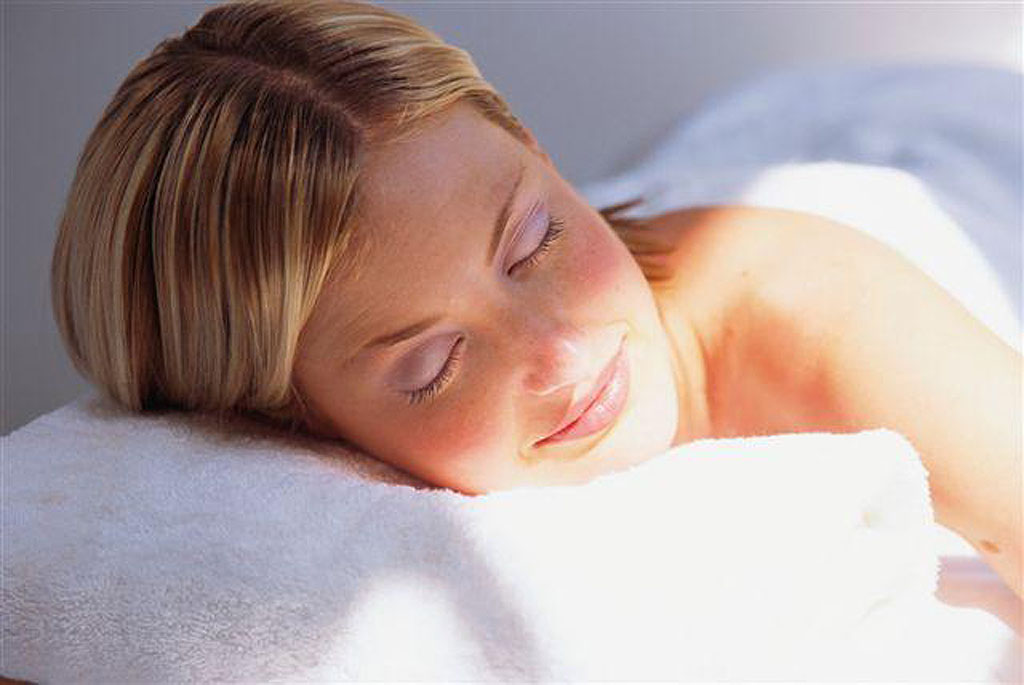 The cardio session left me exhausted, so a session in the sauna and steam room was welcomed, followed by my therapist Paula’s lovely back, shoulder and neck massage. I didn’t want to move, but the food was calling, and I needed to refuel.

I can’t fault the food here. It’s simple food well done and beautifully presented by equally lovely staff. Without sounding like a cliché, the staff are like a little family here. Most of them have been working here for years, like Debbie, who is not only a waitress but a florist, an Air BnB host and runs wreath making classes at the hotel every Christmas.

Essex is a complete wallop for your senses, as I found out, so don’t be quick to write it off as a staycation destination when you’re next looking to holiday in the UK. I only scratched the surface, but there is plenty more to discover in this beautiful county. 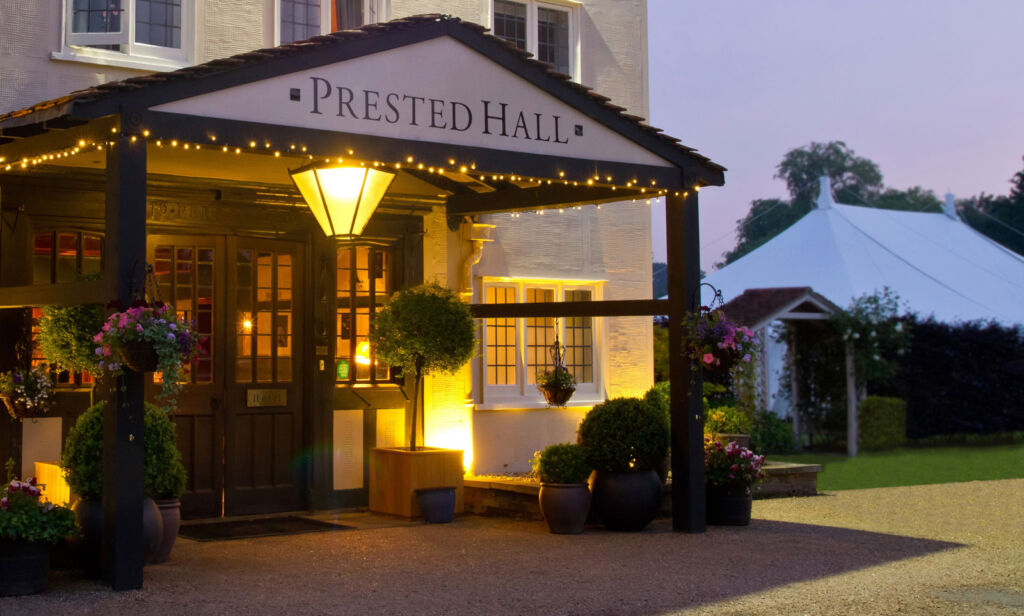 Prested Hall – Where and How?

Prested Hall is located in Feering, Colchester, Essex CO5 9EE. For more information on Visit Essex, log on to www.visitessex.com and https://prested.co.uk.