Eurocopter in the Middle East: Meeting the needs of a growing, evolving market with a long-term commitment to product excellence and cooperation by exhibiting at the 2011 Dubai Airshow. 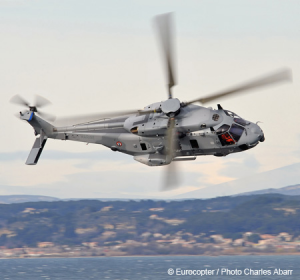 Eurocopter’s participation at the 2011 Dubai Airshow will underscore its market leadership in the Middle East with a competitive, capable helicopter product line, as well as the company’s dedication to a continued local presence through partnerships and cooperation.

With more than 600 rotary-wing aircraft currently in service throughout the Middle East, Eurocopter helicopters are performing a full range of missions in daily service, from homeland defense and security to law enforcement, VIP transport, utility and offshore airlift for the oil and gas industry.

“In a region where loyalty and confidence are important qualities, Eurocopter will build on its proven relationship of more than 30 years with governmental, military, parapublic and civilian operators throughout the region,” explained Xavier Hay, the Eurocopter Vice-President for Middle East and Africa. “As part of our long-term commitment to this market, Eurocopter also stands ready to broaden its strategy of cooperation and teaming with partners for helicopter fleet modernization, overhaul and maintenance – which today includes the Helicopter Field Service International affiliate in Saudi Arabia and a maintenance center in Abu Dhabi with Falcon Aviation Services.”

Eurocopter will exhibit five helicopters at the 2011 Dubai Airshow during this biennial event held November 13-17, highlighting the company’s product line that meets current and future market needs in the region: the NH90, EC725, EC175, EC145 T2, and AS350 B3.

The NH90 and EC725 respond to the Middle East’s evolving requirements for state-ofthe-art helicopters in maritime surveillance, anti-piracy, security, search and rescue, border patrol and transport duties. Along with the AS565 Panther, these rotary-wing aircraft provide a mission-ready family for the full range of operational scenarios in the market. 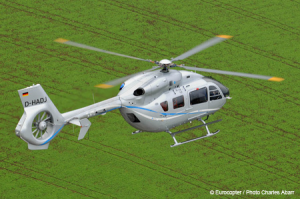 Eurocopter’s EC175 is the world’s newest medium twin-engine helicopter, designed from the start for demanding airlift missions in support of the offshore oil and gas industry. As the roomiest, safest and most comfortable rotary-wing aircraft in its class, deliveries of the EC175 are to begin to international customers at the end of 2012.

Also included in Eurocopter’s static display at the 2011 Dubai Airshow will be an AS350 B3 operated by helidubai, which is equipped for such multi-role operations as filming, emergency medical airlift, scenic flights and VIP transport. It is one of three AS350 B3s operated by this premium provider of helicopter services in Dubai and the United Arab Emirates. As part of the AS350 B3’s participation in the Dubai Airshow, an aerial tour movie of Dubai filmed by helidubai at day and night will be screened on the Eurocopter exhibit stand.

Eurocopter will be exhibiting at the 2011 Dubai Airshow in West Hall at stand W860 and at Eads static exhibition.