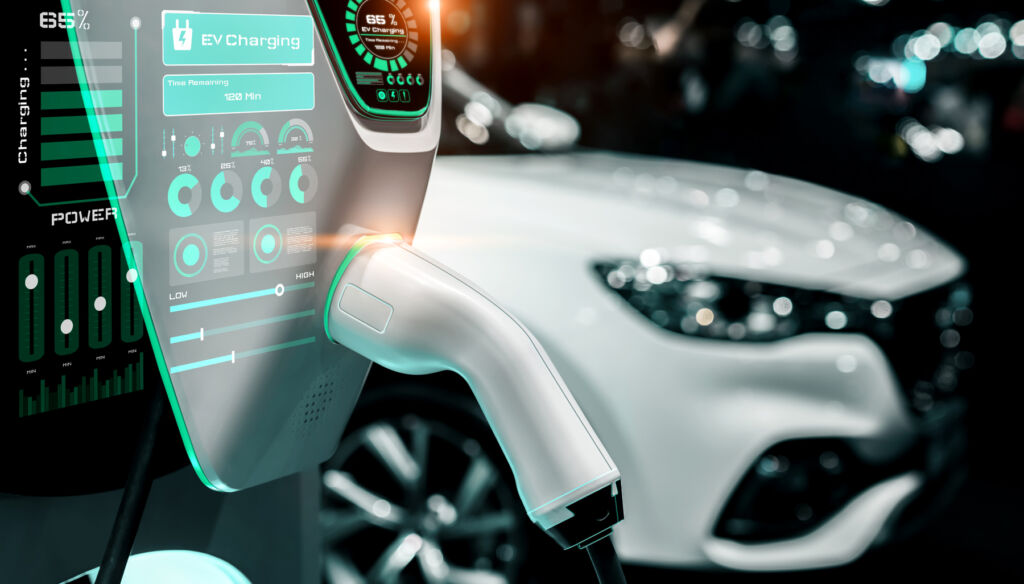 People worldwide are getting to grips with the fact that alternative fuel-powered vehicles are the way forward to help the planet. But, which brands have captured the public’s attention on social media? According to GlobalData, Tesla is the company leading the way in social media discussions in the Western World.

Operating in the EV sector in these times is proving somewhat troublesome. Worldwide, global automakers are trying to get to grips with the shortage of semiconductors due to supply chain disruptions, and in addition to this, the conflict in Ukraine has been causing wild fluctuations in metal prices, an essential material in EV construction.

However, according to recent news reports, these problems could pale in comparison. The largest electric car market globally, China is currently exploring plans to make swappable battery technology the industry standard. If they achieve their vision, and the chances of this are still 50-50, many international automakers will need to go back to the drawing board or face going to the wall.

These issues aside, in the Western World, Tesla Inc (Tesla) has emerged as the top EV company in the social media conversations on Western social media platforms in Q1 2022, according to GlobalData. Although in the interest of fairness, it must be said that as popular as Tesla is in the electric car market, the best-selling car in China is not a Tesla. China’s best-selling electric car is the Wuling Hongguan Mini, and in the top 15 list of electric car brands in China in 2021, Tesla models only take two of the spots.

The other brands featuring in the best-selling list in China are Qin, Han, Song, Li-One, eQ, Benben EV, Aion S, Ora Black Cat, P7, Pliers, Ora Good Cat, Nezha V. All of these will undoubtedly be hot topics of discussion on Chinese social media platforms. None of these brands appears on the GlobalData list, which is why I have made it clear that the data is likely focused on Western social media platforms.

Smitarani Tripathy, Social Media Analyst at GlobalData, said of their data, “Tesla was the most discussed automobile company with a 52% share during Q1 2022. The conversations on Tesla spiked the most when it reported record high EV sales in the fourth quarter, beating the previous quarter, despite supply chain disruptions.​” 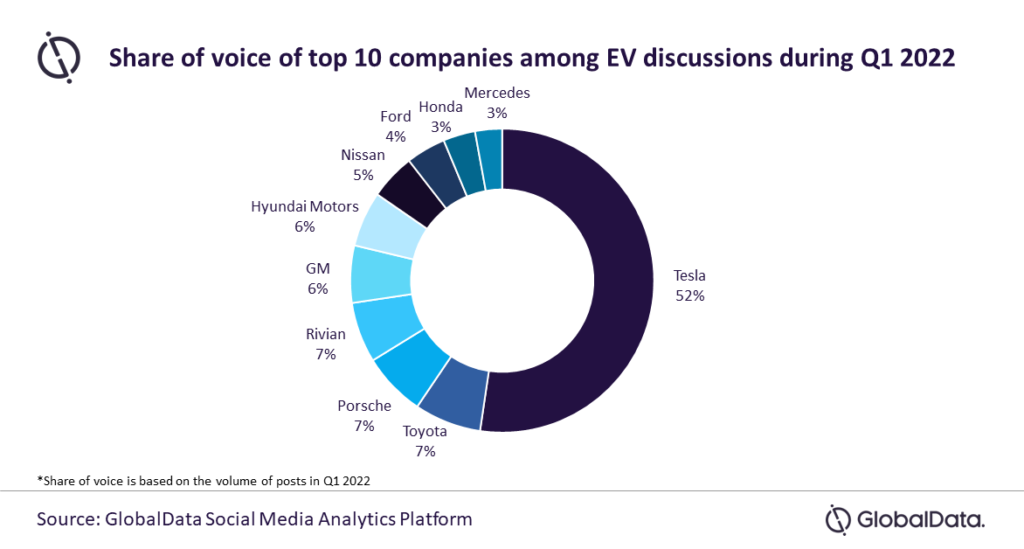 As expected, Toyota was a popular discussion topic on western social media, garnering a 7% share of voice in Q1 2022, which Porsche and Rivian matched. Discussions about Toyota between people regarded as influencers spiked when the company announced plans to spend more than $17bn by 2030 in the EV sector. In addition to this, the company wants to transform Lexus into an EV-only brand by 2035 and is vowing to sell 3.5 million electric battery vehicles by 2030.

The brand seeing the biggest jump in growth when it came to social media discussion was Nissan, who experienced a 34% increase in conversations during Q1 2022, which came hot on the heels of their announcing a $26bn investment in moving to electrification in an alliance with Mitsubishi and Renault.

Tripathy added, “Charging Stations was one of the top trends discussed among the influencers during Q1 2022, as not only top automakers but also many countries and state administration are coming forward to bridge the gap of infrastructure development for the electric vehicle charging stations. Most of the influencers on GlobalData’s Social Media Analytics platform opine that the advent of superfast charging stations is likely to propel the adoption of electric vehicles.”

Final thoughts
The Chinese market makes up almost half of the world’s electric vehicle sales, and it would be interesting to see data with the whole world’s social media platforms included. In the West, Tesla seems to reign supreme, but they’re part of the chasing pack in China. If swappable battery technology becomes the norm in China, much of the massive investments by international automakers into the EV sectors could prove to be for nought.