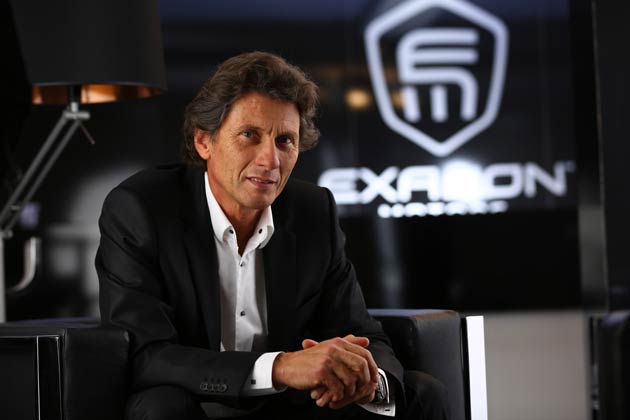 French electric vehicle manufacturer, Exagon Motors, unveiled their new luxury fully-electric sportscar, the Furtive-eGT, at this year’s Paris Motor Show in France. We caught up with their Global Marketing Manager, Patrice Franke, for an exclusive interview.

LM: What is your background and how did you become involved with Exagon Motors?
PF: I have worked for a number of large companies in the car industry, and most recently was employed at Audi for 10 years, where I held the position of CEO of Audi France until 2010. I then decided to take a career break, and met Exagon Motors’ CEO, Luc Marchetti, purely by chance, and we started to talk about the Furtive-eGT project. I was really fascinated by his vision, and the way that he had developed his products. Last but not least, he took me for a test drive of the car which was a very unique experience!

LM: When was Exagon Motors established, and who is behind it?
PF: After setting up Exagon Engineering in 2004, the company was founded in 2009 by CEO Luc Marchetti. In 2008, Exagon started building electric-powered race cars for the Trophée Andros (the French national ice racing championship) where they gained valuable expertise in areas including the management of electric motors, batteries, and converters etc. With this experience, they decided to build the Furtive-eGT fully-electric sportscar in partnership with specialists, Saft and Siemens, who valued the know-how of Exagon Motors.

The aim of the company is to bring together the very best of European technology; the batteries are sourced from Saft, the electric motors are from Siemens in Germany, the carbon fibre for the body comes from Italy, and the tyres and suspension set-up are from Michelin. This has allowed us to keep our costs down through shared R&D.

We now have 60 employees at our headquarters located in Magny-Cours, near to the former Formula 1 race track in the centre of France. Our manufacturing facility will be completed by the end of 2012 which will see our workforce double to around 120 people. Every vehicle will be hand-built by craftsmen, known in French as “Artisans”, and we aim to produce between 150 to 200 cars per year. Deliveries are scheduled to start towards the middle of 2013. 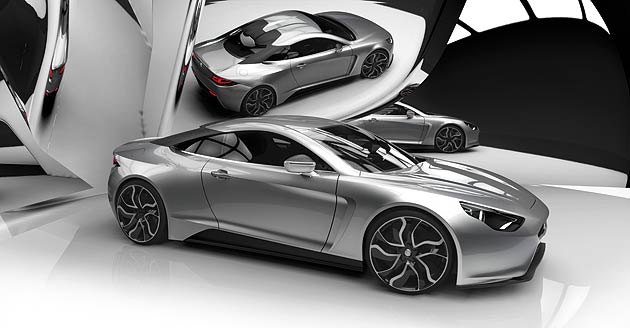 LM: What type of battery are you using, what is the range, and how long does it take to charge?
PF: The Furtive-eGT comes equipped with a 480 kg 57 kWh lithium-ion battery from Saft, offering a range of between 300 km to 360 km (for urban environments). On a fast charging 64 kW socket, it will take 1.5 hours to replenish the battery from empty. We will be able to install charging kits at the customer’s chosen location if required.

LM: Who are your priority markets?
PF: In Europe, it is mainly the UK, Switzerland, and Germany. The UK is a particular target, as this country houses the highest number of high performance car buyers on the continent. We will then focus on the Middle East and Asia.

LM: Who do you see as your main competitors?
PF: In the EV sector, we do not have any real competitors as no other business is offering an electric car providing the level of horsepower of the Furtive-eGT, a model manufactured entirely in carbon fibre, or a 2+2 configuration capable of accommodating four adults. Therefore we have a number of USPs which make us unique for the time being.

LM: How much does the Furtive-eGT cost, and who are your target customers?
PF: The price of the car with VAT is €404,000 (€338,000 without tax). Like Ferrari and Lamborghini, we will be targeting ultra high-net worth individuals who often own several cars. We have recognised that there is a need for this type of emission-free vehicle in cities like London, and we view the Furtive-eGT as an additional vehicle for their collection.

LM: Who is Exagon Motors’ benchmark?
PF: There is no one specific benchmark, but our objective is to be one of the best in the market of the future. 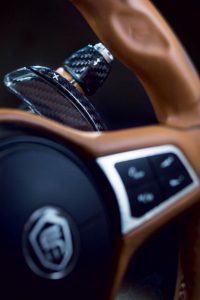 LM: How will you be retailing the Furtive-eGT and when can you order one?
PF: We have no plans to introduce retail outlets, but will be selling the car through specialised exhibitions, roadshows, and dedicated ambassadors in certain cities who will be in touch with potential customers. Clients will have the opportunity to test drive the car in Magny-Cours or a location of choice to decide which options they require.

Furthermore, our aim is to offer a large range of possibilities to customise the interior and exterior of the car. Therefore every car sold should be different as our dream is for each one to become a collector’s item. The order books are now open!

LM: What is your view of the electric vehicle sector?
PF: Our view is that this market will grow gradually and that innovation will come from the “top” (i.e. from manufacturers of high-end vehicles). This is the reason why we are entering the market at a higher price level as this provides the opportunity to implement innovation.

LM: Thank you for your time, and best of luck with the Furtive-eGT.