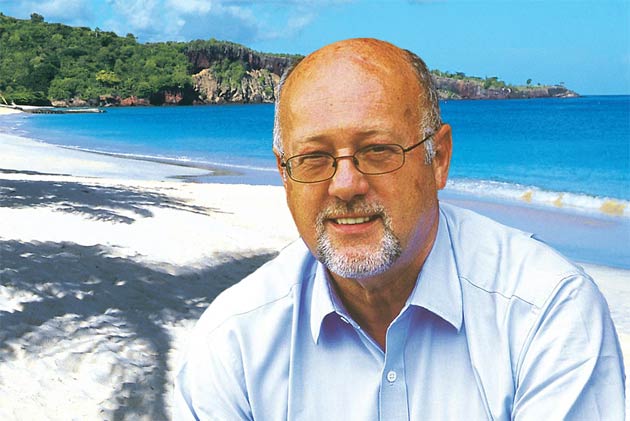 Peter de Savary is a true captain of industry. Born on a farm in England in 1944, he has become one of the world’s most prolific and best known entrepreneurs, applying his skills to such diverse business interests as petroleum, shipping, property, members clubs and hospitality.

In recent times he has turned much of his attention to a place located far from his birthplace, but that remains extremely close to his heart. After more than three conducting business across the Caribbean, he was last year appointed an International Ambassador for the island of Grenada, with full diplomatic status and responsibilities for inward investment.

Today he is Grenada’s major foreign private investor and spends much of his time energetically extolling, promoting and facilitating the many opportunities available for qualified foreign investors. Paul Joseph spoke to Mr De Savary about his enduring love affair with the island, and his vision for Grenada’s growth in years to come.

LM: I know that you’re very passionate about Grenada. Can you give me a brief background to your relationship with the island?

PdeS: I first came to Grenada in 1952 as a boy and have had business interests here for 35 years. For the past seven years I’ve been living here, I’m lucky enough that I could base myself anywhere in the world, so the fact that I am here out of choice, not necessity, is a bit of an advertisement in itself. I looked for somewhere on the threshold of great success that ticked all the boxes, and I concluded that this was the place. I am also an ambassador for the island, with diplomatic status, and my interest is to help the country with balanced, inward investment. 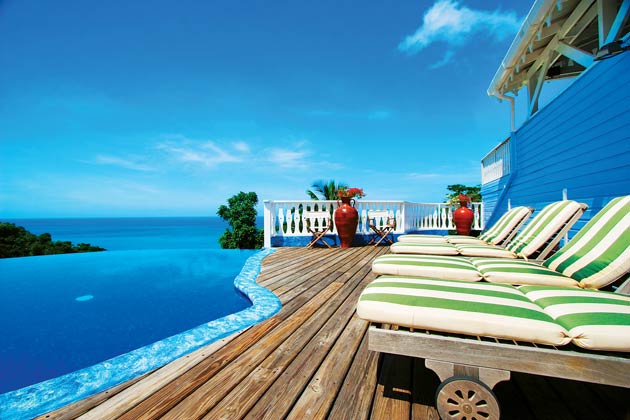 LM: What makes Grenada such an attractive place both to live and to invest in?

PdeS: I think Grenada is one of those places that has got left behind. We are where Barbados was 40 years ago, and St Bart’s 20 years ago, and it’s all going to happen here in the coming years. All the infrastructure you can dream of is here: you have a runway not much shorter than JFK in New York, a good hospital, mobile phones work under waterfalls in the mountains and in general the communications are second to none. Nobody has a standby generator here.

Additionally, later this year the country will start exploiting its oil and gas potential, with plants located offshore and out of sight down by the coast of Venezuela. I envisage that in time Grenada will become a little Switzerland of the Caribbean.

As for reasons to invest here, it is a dollar economy with the local economy pegged to the US dollar, so if you buy and sell real estate you do it in US dollars, which is not bad right now. It is also a tax haven, so if foreigners invest here there is no capital gains tax or inheritance tax.

Additionally, unlike in Europe and the EU, Grenada is not overregulated and bureaucratic. We are 80 years behind, so for most people’s lifetimes this is going to be a rather attractive place to spend time and invest.

LM: Can you tell us about some of the developments taking place on the island?

PdeS: We are developing various real estate properties, ranging in price from around $850,000 up to $20 million. They are being designed in an understated, low key way, because the island is not what I’d call a mass tourism, low market economy. It’s all about very high quality.

There’s also the Mount Cinnamon boutique resort project, which boasts a collection of beautiful white-washed, cottage-style villas and hacienda suites. There’s a duty free shopping village, and we are considering a European style casino, all designed very much in a West Indian Caribbean style and flavour.

We are also creating an organic Eco spa up in the mountains in an area that the World Bank Agricultural Department has said is home to the third most fertile soil in the world, and will be used to grow organic fruit and vegetables. It is targeted at people who want to connect with nature in a luxurious way, a bit like an Abercrombie & Kent safari. 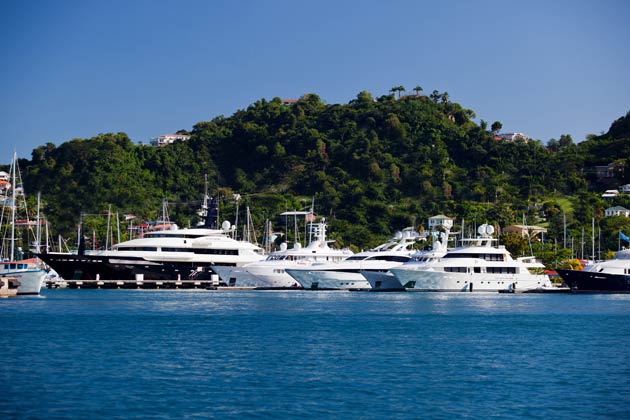 LM: And I understand you have developed a Superyacht Marina too?

PdeS: Yes, it is operated by Camper & Nicholsons, and initially has 200 berths, but will eventually expand to 400 berths, which will allow it to accommodate the largest yachts in the world, which most marinas are unable to do. It also has state-of-the-art facilities, including a swimming pool, ships, bars and restaurants.

LM: What are some of the key demographics of the island?

PdeS: It’s a small population [around 100,000] including 6,000 multinational students who study at the St George’s University for doctors, which helps give a vibe to the island.

Literacy, skill and education are excellent, which means there is plenty of indigenous labour and we don’t need to import lots of foreigners to work here. In general people work hard, are very friendly, and crime and drugs are remarkably low.

LM: And what are some of the attractions for yacht owners and enthusiasts?

PdeS: Grenada is right at the bottom of the chain of Grenadine Islands, one of the most lovely and charming groups of islands in the world. And as a man who has sailed all my life, I can say there’s nowhere better to enjoy a boat than Grenada and the Grenadine Islands, whether a sail or motorboat.

All over the island there are little hideaway visits, which make for perfect yacht trips. Also, the great thing about Grenada is that, unlike St Barts or St Tropez, we have a 52 week season, so you can enjoy the island literally all year round. 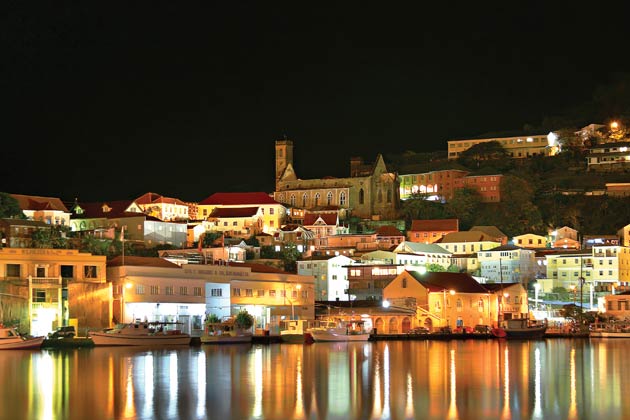 LM: Finally, how would you summarise the appeal of Grenada to those considering visiting or moving there?

PdeS: I think it’s the authentic West Indies, and is on the threshold of becoming a rather chic, understated place for discerning, affluent people who would like to enjoy all that the Caribbean offers, but without some of the less attractive aspects found in certain other fashionable parts of the world. It’s genuine and full of character and is a country of great charm.

LM: Thank you for your time Peter and you have given our readers a great insight into life on the island of Grenada.