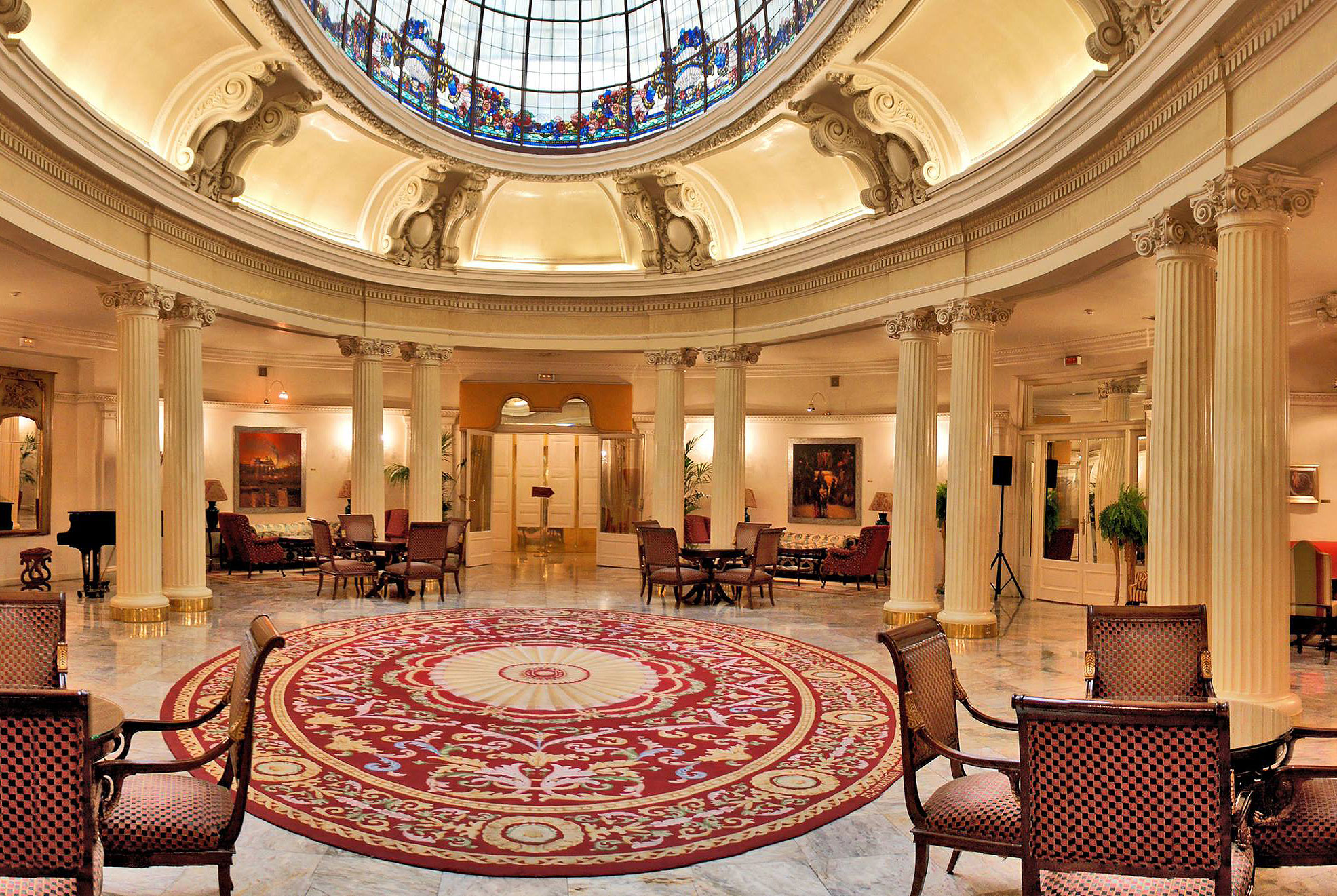 Einstein, Callas and Kings loved the Hotel Carlton – and with the largest hotel suite in Northern Spain, it’s easy to see why, says Alex Moss

There’s something reassuringly grand about Bilbao’s most luxurious hotel. Step inside and you know you’re in the best in town. It’s that increasingly rare breed – a legendary venue with a fascinating history interwoven with the city’s own, as alluring now as it ever was.

It harks back to a time when every big city had its grande dame. Not just any hotel, but the hotel – the default rendezvous for anyone who was anyone; the one where civic ceremonies and society weddings took place and, no doubt, illicit liaisons played out. 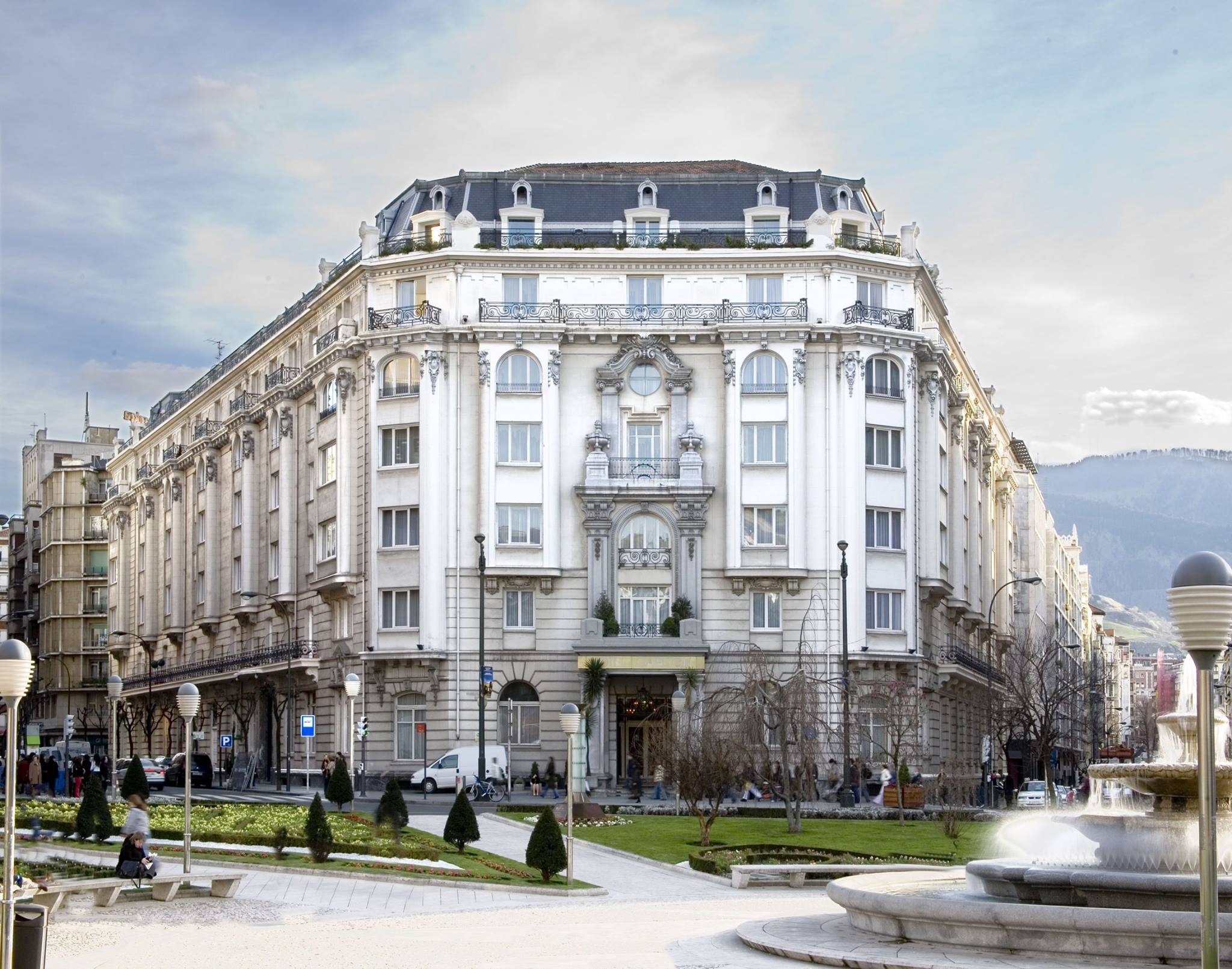 The Hotel Carlton is precisely that kind of hotel, redolent of a different age, yet reinvented for the city it serves. A byword for successful urban renewal, thanks in no small part to the glittering Gehry-designed Guggenheim Museum, Bilbao today is businesslike and brimming with confidence.

At its heart, the Hotel Carlton is an imposing presence, playing host in its time to everyone from Alfonso XIII, Lorca and Einstein to Maria Callas.

The erstwhile base of the Basque government during the Spanish Civil War, the Carlton’s characterful neoclassical aesthetic now sets the scene for a multitude of social events, now supported by cutting-edge AV technology. In the atmospheric La Cristalera, an elliptical hall illuminated by a stunning stained glass dome, cocktail receptions are commonplace.

The Salón Aránzazu, which harboured the great and the good during Civil War bombardments, now hosts intimate private dining experiences.

Poised on the top floor, with a terrace overlooking Plaza Federico Moyúa, the Imperial Suite is impressively spacious – all 250 square metres of it. The largest hotel suite in Northern Spain, it’s a remarkable space, replete with striking original art, statement lighting and skyline views. It will cost from 1,650 Euros per night.

Walking its sweeping dimensions is an exercise in itself, but you’ll also find a fitness room just off the Salon De Lectura – or reading room – complete with its own steam bath. Beyond the Salon Audiovisual (equipped with suitably large flat-screen TV) there’s also an inviting Jacuzzi. 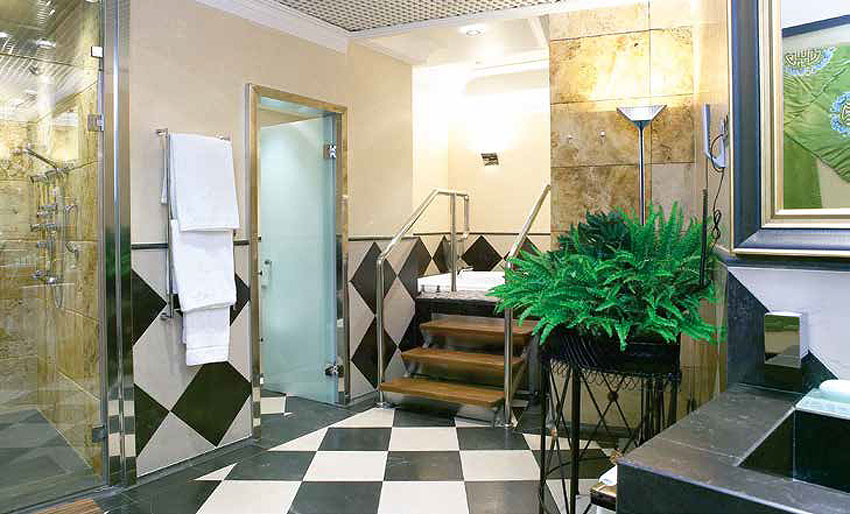 It’s ideal for families too, with two bedrooms and two bathrooms (stocked with Bulgari toiletries) at either end of the suite, and exclusive chef and waiter services make in-suite dining an effortless pleasure.

Should you feel obliged to venture beyond the cosseting confines of your suite, make for Bar Americano, where the cocktails are sublime.

The restaurant at the Hotel Carlton also has quite a following, reinterpreting traditional Basque cuisine with contemporary flair. The Basque Country is Spain’s latest culinary hotspot thanks to a clutch of emerging Michelin-starred chefs, and Europe’s foodies are newly fixated on pintxos – the Basque equivalent of tapas – and seafood specialities such as salt cod.

Compact, walkable and backed by wooded hills, Bilbao rarely feels like the gritty industrial port it once was. So, while the Imperial Suite’s fitness room (or indeed the hotel’s) serves health-conscious guests well, you’re never far from an absorbing riverside stroll or an afternoon in the mountains.

From the Hotel Carlton, it’s a few minutes’ walk – from one icon to another.

Two Bilbao institutions, born of different eras, yet the perfect complement to each other. 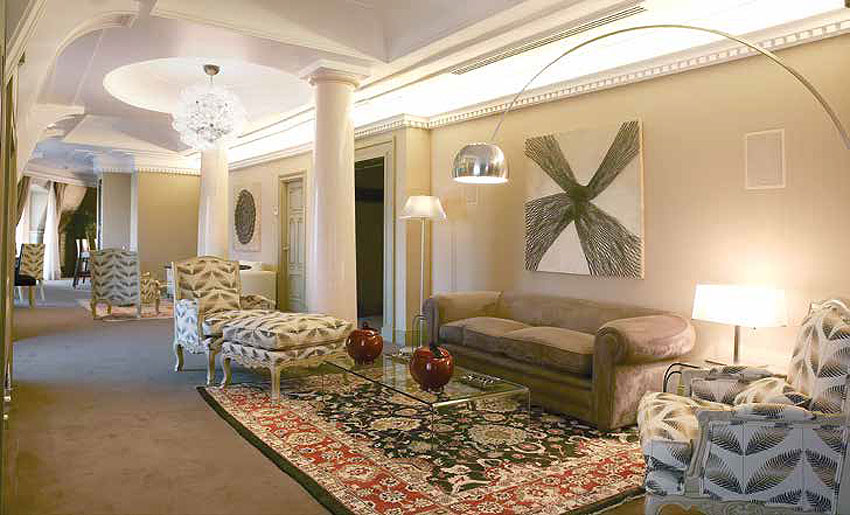