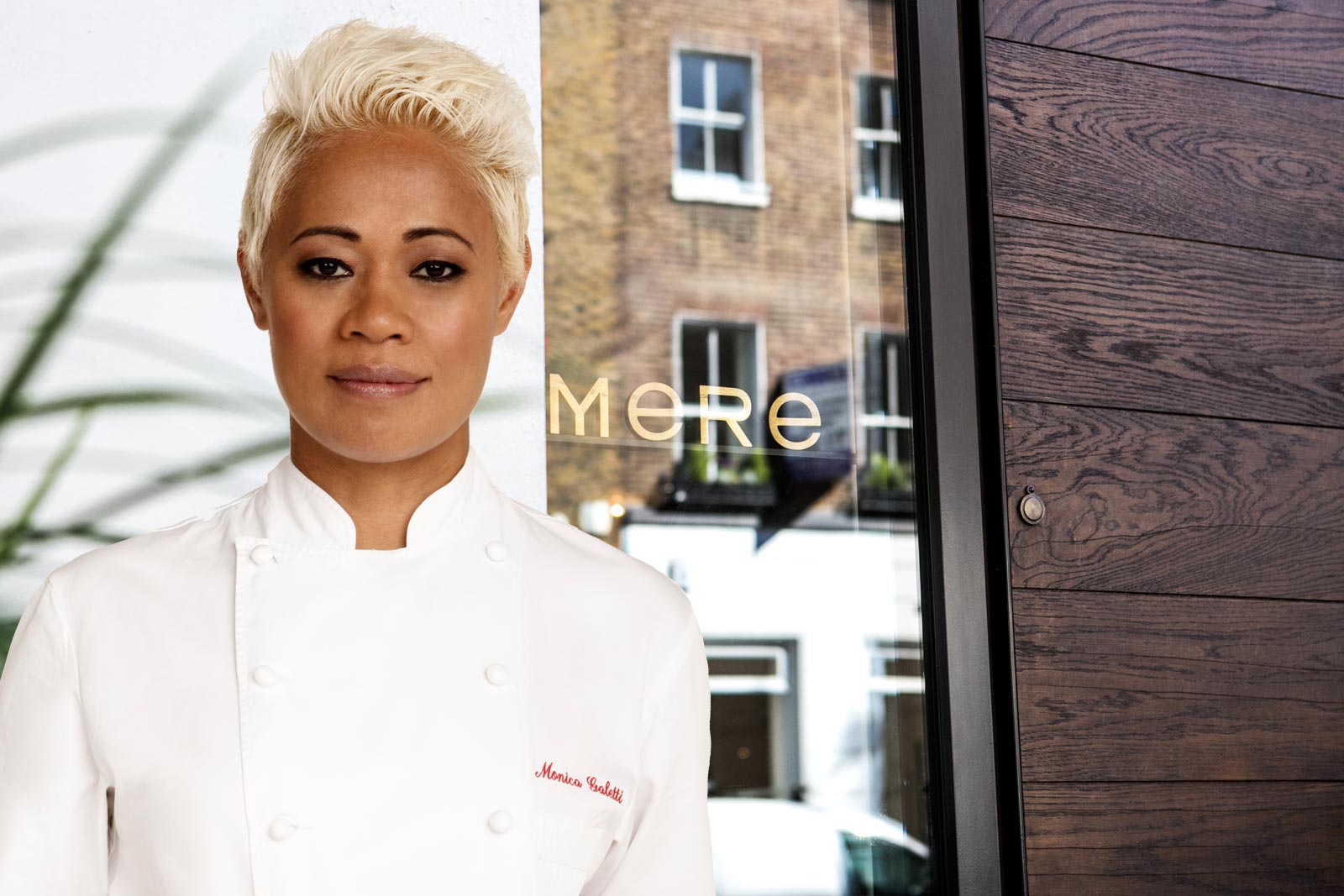 Monica Galetti, of Masterchef and Michel Roux Junior’s former Sous Chef at Le Gavroche, has put her own name up in lights in Fitzrovia and it looks set to stay reports Henry McIntosh.

Monica Galetti is perhaps more renowned for her television stints than culinary skills. A steely and discerning judge on the BBC hit Masterchef, Galetti’s role on the show involves judging professional chefs who aspire to work in the world’s finest kitchens. 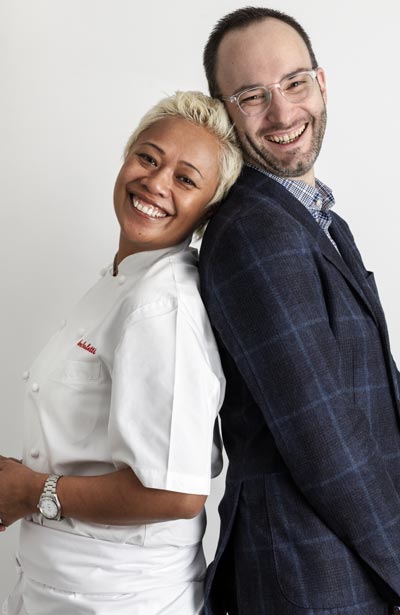 Having honed her own trade working up the hierarchy at Michel Roux Junior’s iconic two Michelin Star Le Gavroche, Galetti understands exactly what is required to operate at the top of the profession. Utilising this knowledge, she has taken the bold step of venturing out on her own by launching Mere, a restaurant founded in partnership with her husband, David Galetti.

She has not flown too far from La Gavroche’s Mayfair base. For Mere is located on Charlotte Street and rather fittingly, for its Fitzrovia address, it’s a curiously cool restaurant. Modern and chic in aesthetic with a sleek layout, diners sit underground in a surprisingly well lit space thanks to the grandiose windows that span both the restaurant’s floors.

Rather ironically, the subterranean space is lighter than its ground floor counterpart, where the bar resides. This prevents nosy onlookers from chancing a glance inside and from the exterior Mere boasts the kind of non-descript face many fine dining establishments favour. Sat sipping cocktails prior to one o’clock in the afternoon, I’m rather grateful for the anonymity this provides. 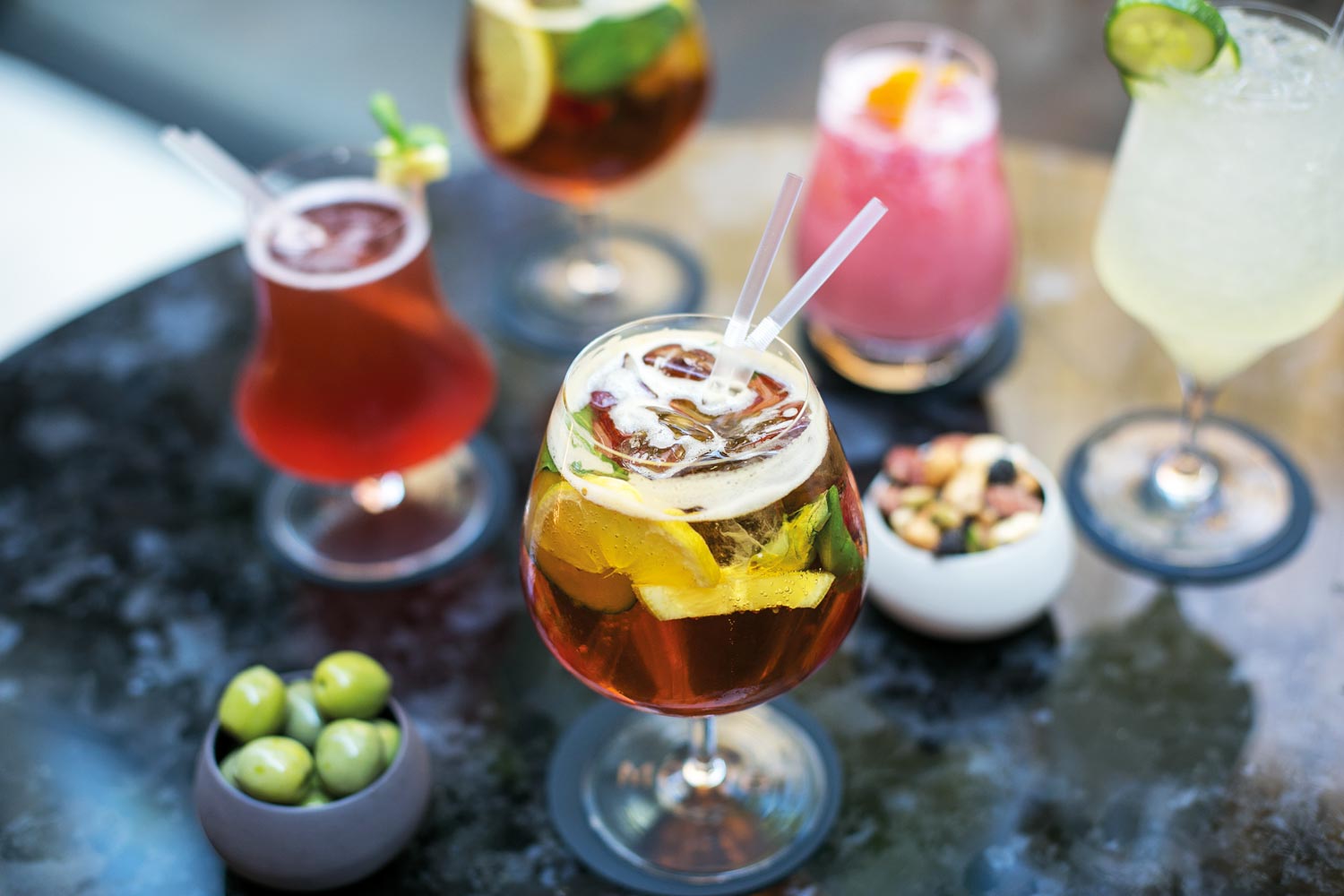 The cocktail presented to me is rather tasty too. A speciality crafted by the barman as an ode to a deceased friend, the drink is a fitting tribute – all sweet and summery without being overbearing. It’s complemented by a hefty wine-list and even a Mere-branded Champagne , something curated by Monica Galleti’s husband, Mere’s Co-Owner and the former Head Sommelier at Le Gavroche, David Galetti.

Mere’s name has two origins, it is named for Monica’s mother Mary and after the French word for mother. Both in aesthetic and culinary appeal the restaurant elicits the warmth the name suggests, with blue carpets alluding to Monica’s French-Samoan heritage and bright pops of colour enhancing an otherwise elegant and refined aesthetic. It’s finished with intriguing artwork on the wall which is a peculiar celebration of Monica’s favoured tipple, Champagne. 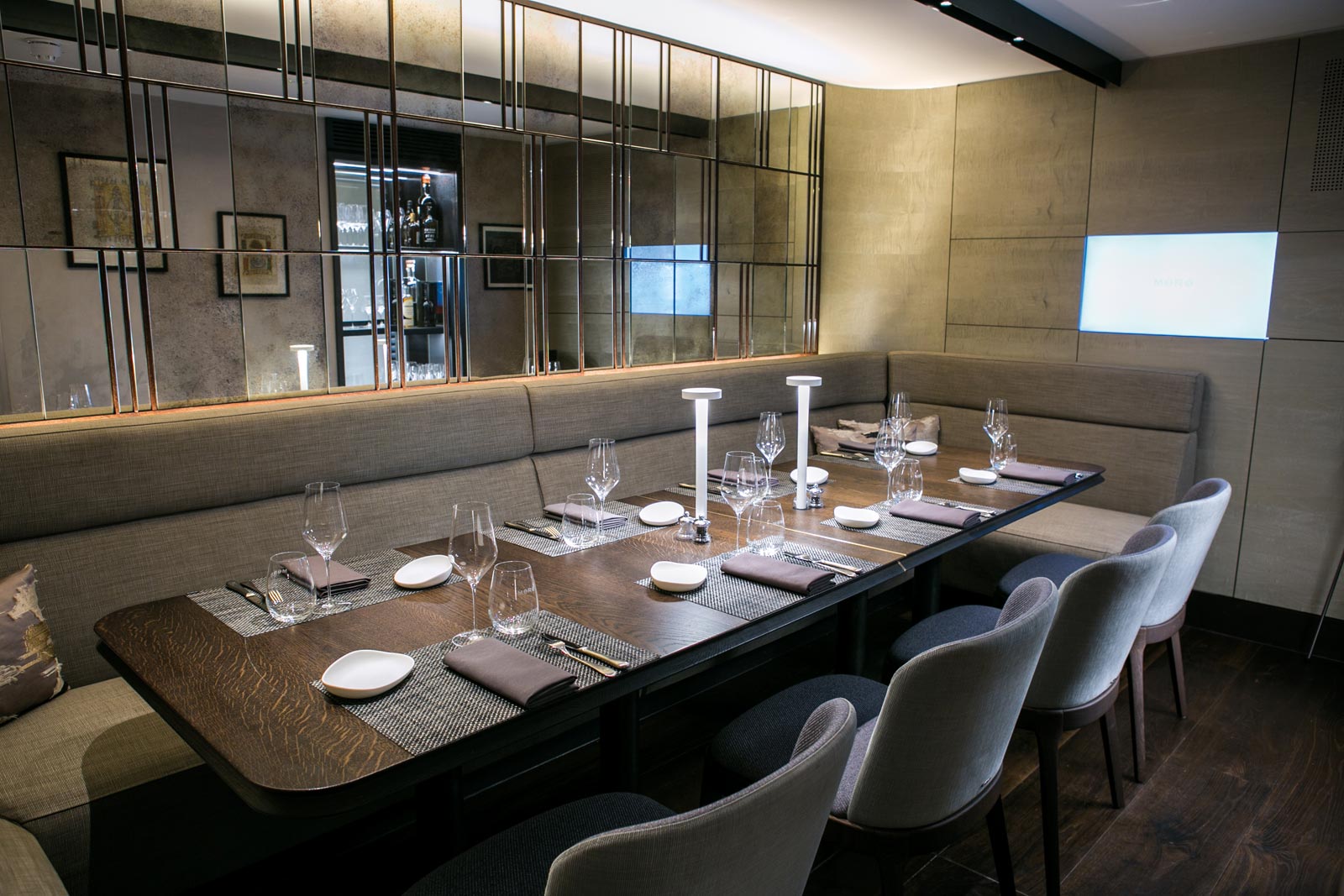 Galleti’s move from the safe confines of Roux’s Le Gavroche was well-timed. Shirking the constraints of her television persona, Galetti will become a star in her own right through Mere. For regardless of her current fame the food is quite exceptional.

The sheer class of Mere was evident from the outset as a sumptuous starter of perfectly cooked octopus was put before me. It was complemented by a delicate tomato reduction, caper condiment and drizzle of parsley oil, which culminated in what can only be described as a melt in the mouth experience. 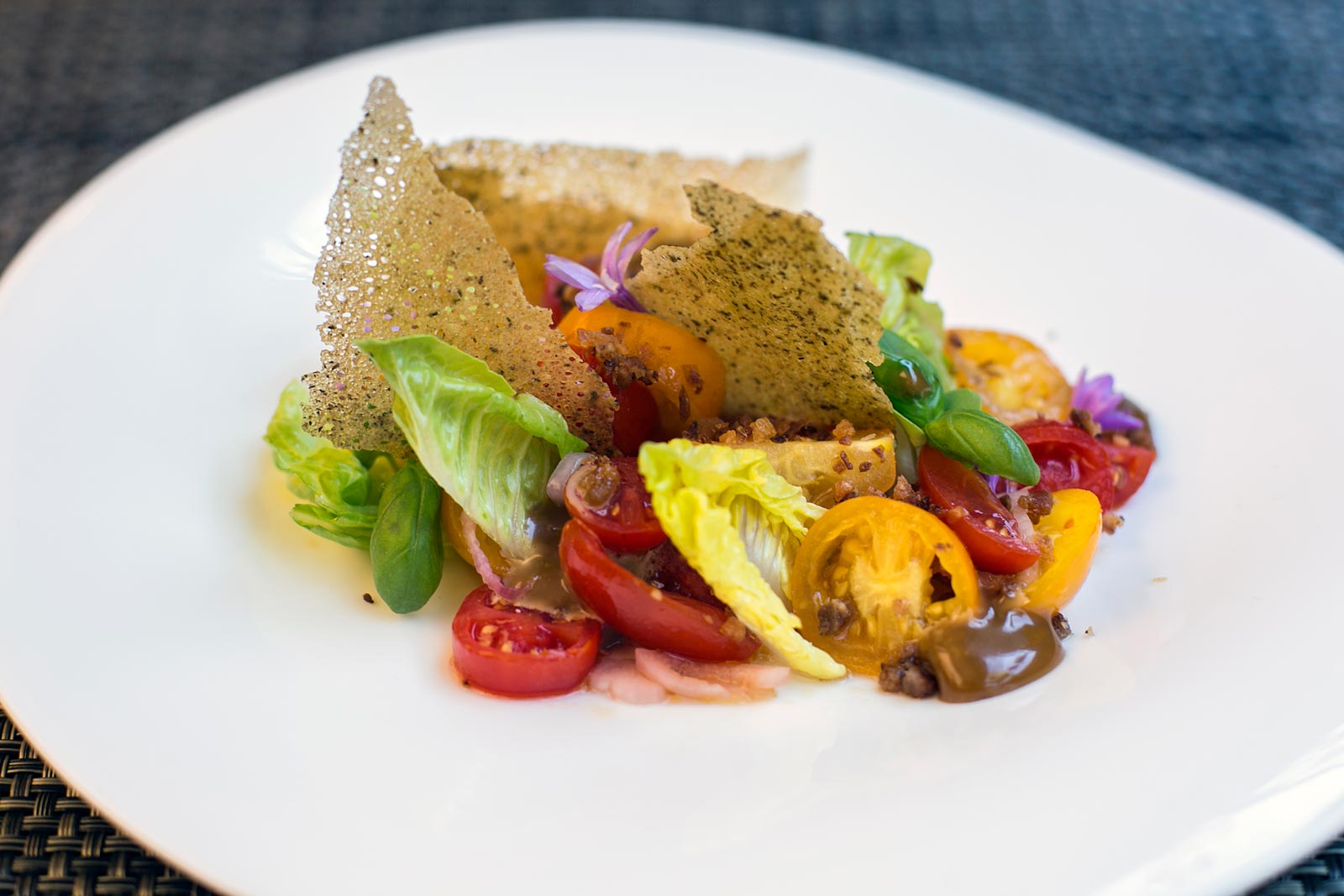 It was so good that I had to check my companion’s starter for comparison, which was a rather unusual offering of beef heart and brisket. Certainly one of the more adventurous dishes listed on the menu, it’s truly delectable with pickles, rye crisp and a purple mustard. Simply affirming the fact that if you visit Mere you must try a starter.