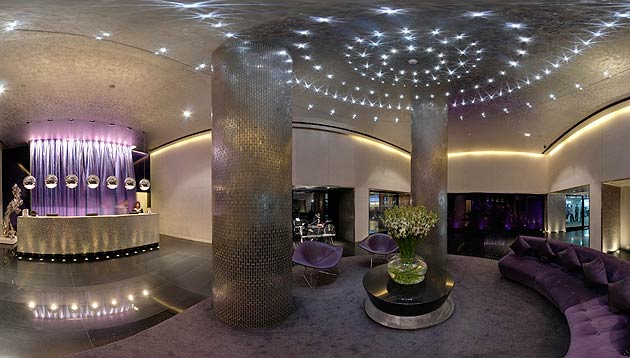 Ducking under the table to tuck into some food, you’d think I was joining a bunch of excited children for a mini adventure. Instead, I was at the boutique hotel, The Park Kolkata in India with 203 other guests about to dine on a scrumptious three course meal complete with champagne.

Events like this one are exactly what place Park Hotels a cut above the rest. Art collector and design aficionado, Priya Paul, is the chairperson of The Park Hotels who has dedicated a lot of time and effort into repositioning the Park Hotels as India’s first collection of contemporary luxury boutique hotels. 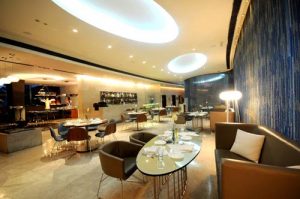 Delighted to have been invited to stay at The Park Hotel in Kolkata and Delhi, I was one of the first to experience the newly launched ‘Under The Table Dinners’ concept available throughout the hotel group, a collaboration with food designer, Marije Vogelzang. The setting is designed to transport the diner back to childhood and provide a sense of adventure. And that’s exactly how I felt the moment I slipped under the table’s covers to dine. Surrounded by runners of orchids, jasmine and marigolds, I tucked into lobster, duck filled pastry, grilled sea bass, scallops and lamb risotto. My inner child was definitely released.

Like its offerings of good food for this special occasion, the hotel is known for its fantastic array of bars and restaurants. Zen, the brand new contemporary restaurant specialising in Chinese, Thai and Japanese food has an-all open kitchen so diners can see the chefs performing as if in a theatre. The Indian restaurant ‘Saffron’ fuses traditional with modern day flavour, while the all-day restaurant ‘The Bridge’, offers the best of world cuisine. ‘The Aqua’ offers a glamorous alfresco experience to sip cocktails from by the poolside come day or night while live bands play daily at the British-like pub ‘Someplace Else’. There’s also the in-house Tantra club that draws in guests and outsiders alike to party until the small hours of the morning. 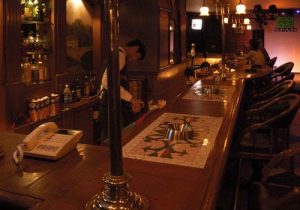 Kolkata is home to Eastern India’s largest flower market and one of the best ways to experience life in this city. I took a walking tour starting at Mulik Ghat to witness the hustle and bustle of the buyers and sellers and the striking array of flowers. Going through the market and then watching the trade from Howrah Bridge – the third longest cantilever bridge in the world – was a mesmerising experience while I sipped sweet chai from a clay cup. In true tradition, I smashed the cup on the floor once having consumed the liquid.

The Posta Bazar is home to spices, grains, oils and other food products where you can stock up on supplies in bulk or otherwise. As expected in such a vast country like India, there’s always some kind of event of festival looming and the area was abuzz with shoppers. Our guide next took us to Kumartulli, the Potter’s Quarter, where the Bengali’s artistic side shined. Hundreds of man hours were being spent to design, carve, and paint larger than life effigies in preparation for the forthcoming Dusehra celebrations.

Moving on to India’s capital, Delhi, we checked into The Park Hotel in the heart of the city. Peace, space and privacy is not what you expect in an extremely busy international metropolis like Delhi. The city is home to fifteen million people and draws people from across India and the globe. The city is split into two parts. Old Delhi is the city of Mughals and dates back to the seventeenth century. Its Islamic influences are a reminder that for more than seven hundred years Delhi was a Muslim-ruled city. The Mughals greatest constructions here are the Red Fort and the Jama Masjid, India’s largest and impressive mosque. I was able to get a great 360 degree view of it as I circled the spice markets. 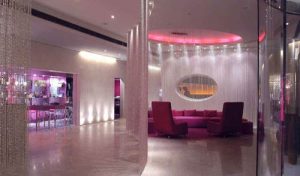 In contrast, New Delhi, built by the British, is spacious and consists of tree-lined boulevards. The Rajpath stretching from the Presidential Palace to India Gate to is just as impressive. It also marks an emotional journey with the burning of the internal flame at India Gate in tribute to those who lost their lives in WW1.

The Park Hotel New Delhi is bigger with 220 rooms compared to Kolkata’s 93 rooms consisting of luxury premium, luxury, deluxe and a presidential suite. But like Kolkata, it’s home to top dining spots including the Indian restaurant Fire and Mist and club Agni for round the clock dining. But there’s no mistake that the Park Hotels are stylish, edgy, full of colour, warmth, and not to mention, adorned with the wonderful art, a personal passion of Priya who has amassed an impressive 3,500 pieces over the years. Her hotels, like the two cities, are full of fascinating tradition, culture, colour and history that you could happily spend weeks exploring.

Double Rooms at The Park Delhi and The Park Kolkata start from 12,000 INR / approx. £120 per night.
For further information, visit www.theparkhotels.com.