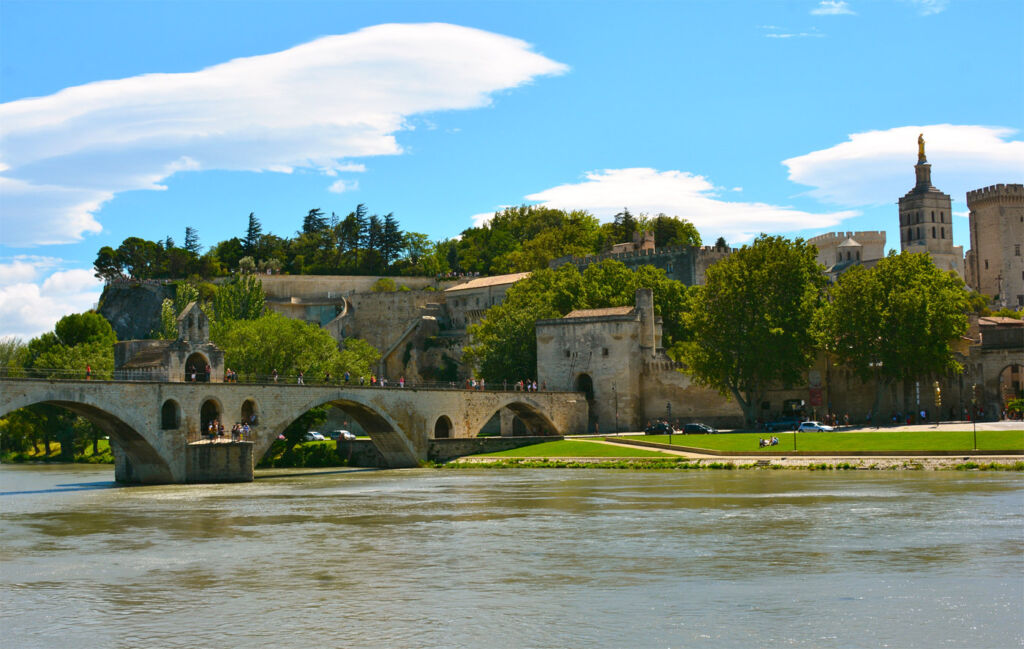 A walking tour of Avignon

We didn’t set sail until the following day, but after a delicious buffet breakfast (a smorgasbord of cereals, toast, fruit, yoghurt and hot options), we collected our audio headsets, charging in an alcove by the bed, and assembled for a walking tour of Avignon.

The city was nicknamed the ‘City of Popes’ for good reason since it was home to seven heads of the Vatican between 1309 and 1377. The November drizzle didn’t deter us from appreciating the historic centre and the famous Pont d’Avignon – you may remember the nursery rhyme from childhood, before we headed inside the impressive Pope’s Palace. This Gothic palace defies description.

It’s an extraordinary place that has been a fortress, home and church. We were lucky to see an exhibition in one of the grand galleries by artist Ernest Pignon-Ernest. It runs until 29 February 2020 and is highly recommended.

The sun had emerged by the time we exited the Palace, so walking through Avignon’s old town was a delight, especially when visiting the market and merry-go-round. Returning to the boat for lunch, we refuelled before setting sail north past Château Neuf de Pape (a wine tasting here would have been fabulous). 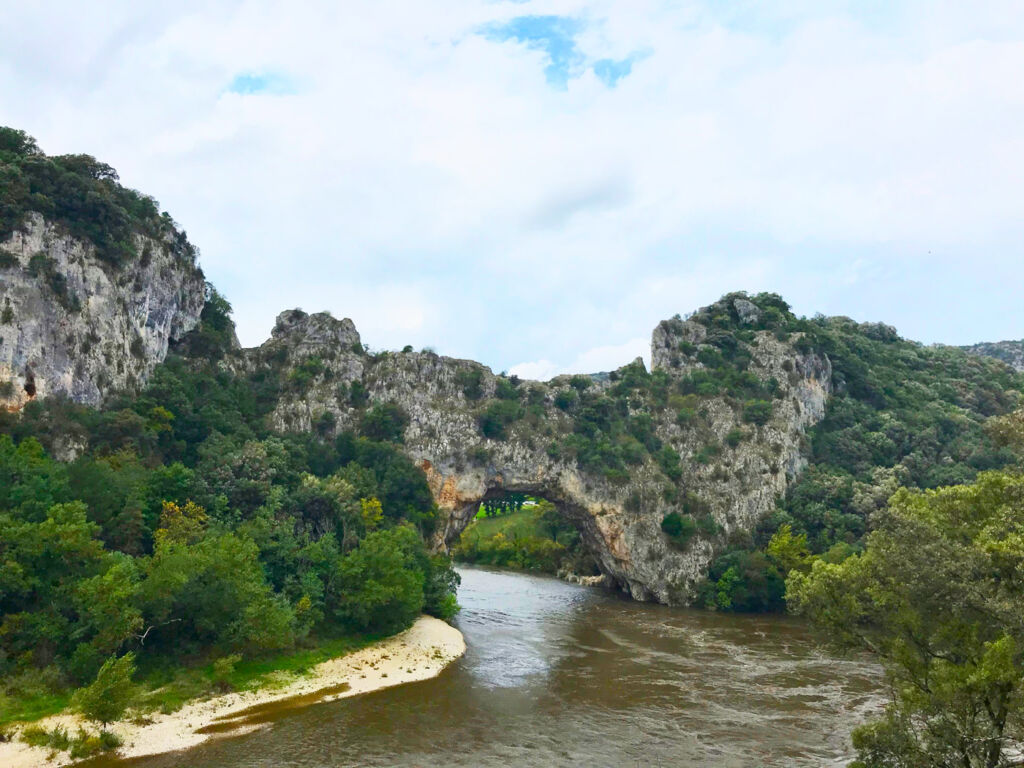 Our next stop was Viviers, an afternoon excursion to the beautiful Ardeche Gorge. The longish coach drive took us through some breath-taking landscapes on our way to the Grand Canyon of Europe. Our final destination was the impressive 200ft-wide Pont d’Arc, a massive natural stone bridge that spans the gorge. The landscape here is wild and ‘sauvage’, the stuff of fairy tales. Even though much of it was covered in mist, I made a mental note to return to discover more of this fascinating region. 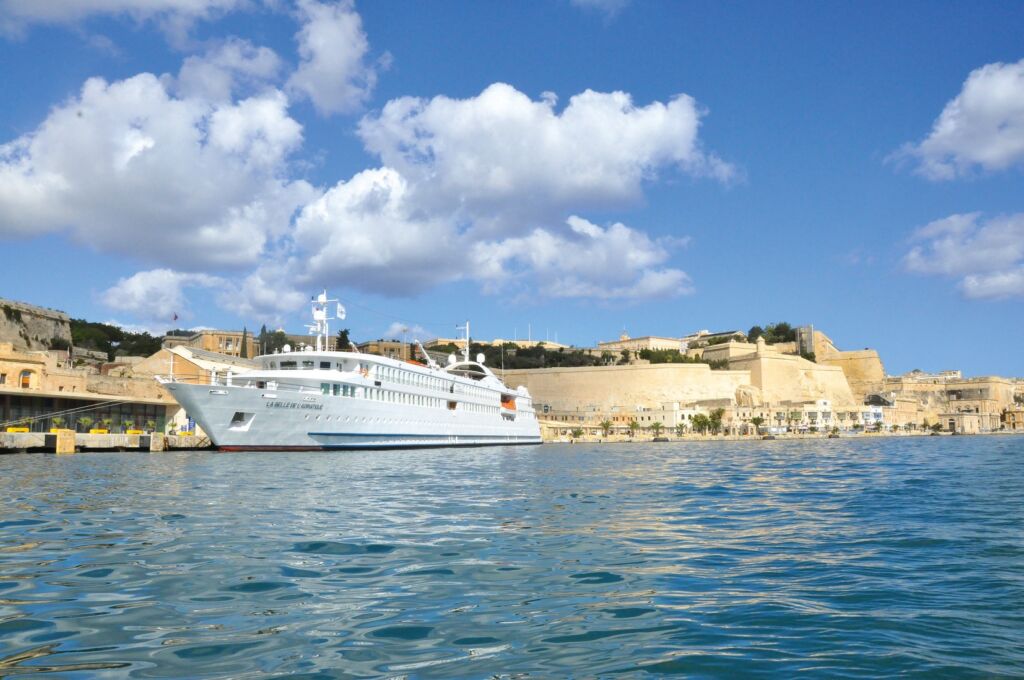 At dinner later, I chatted with John Fair, CrosiEurope’s UK Sales Director and asked him about the rise in popularity of river cruising among Europe’s iconic waterways, as well as destinations farther afield such as Canada and SE Asia, both of which are available with CroisiEurope cruises.

“River cruising has become increasingly popular, not just with baby boomers,” John revealed, “but also with Gen X and Millennials who are especially drawn to the luxurious cabins, exclusive on-shore experiences and fine regional cuisine.” 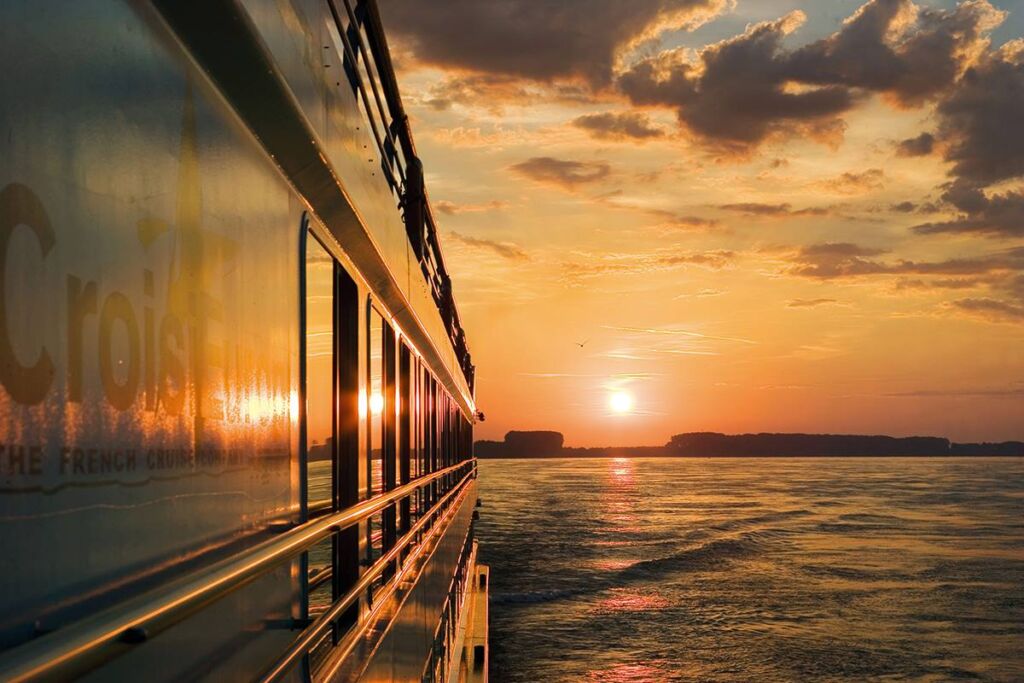 The river cruise industry still has room for increased growth it seems, since CroisiEurope has recently launched its sixth ship in Portugal, the MS Amalia Rodrigues, taking passengers through the UNESCO-listed Douro Valley.

“We also have a third paddlewheel ship on the Loire and are the only river cruise operator able to cruise this river.”

We had cruised to Viviers by this time, a beautiful town rich in ancient Roman history that boasts the oldest cathedral in France. It was still light, but there wasn’t enough time to disembark and explore, alas, so we headed off to our cabins to change for dinner. Earlier that day, I chatted to Captain Elvis on the bridge. His brother Steve was also on the ship, as second Captain. This was very much a family at the helm, mirroring the ownership of CroisiEurope which remains in the hands of the Schmitters in Strasbourg.

The following day was spent cruising along the delightful Rhone valley, up and down locks, and passing the Tournon wine-making region, before heading towards the UNESCO World Heritage site city of Lyon. But first, there was an excursion to the rugged plateau countryside around the Vercors Massif and a Clairette de Die wine tasting. Hailing from the picturesque town of Die in the Drome river valley, this unique sparkling wine is made from a blend of Clairette and Muscat. It was delicious.

Our Gala evening meal that night was superb, made up of foie gras, veal, cheeseboard and baked Alaska, as well as a veggie option. With entertainment provided by the crew, and very entertaining in a retro kind of way, our DJ played some old school 80s tracks to get us on the dance floor. It worked!