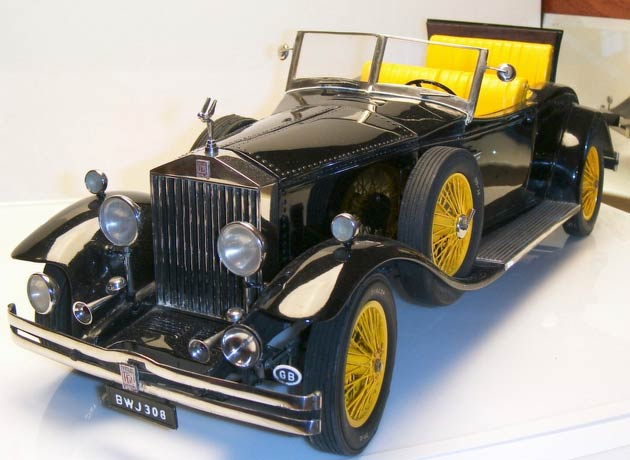 The name of Giuseppe da Corte ranks highly amongst the few ‘extreme’ modelmakers who spend anything from one to two years, lovingly making a unique and one-off highly detailed scale model of a car that inspires them. 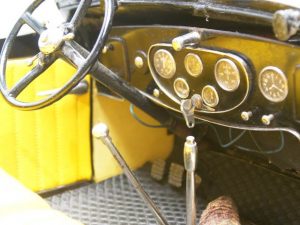 Models of this calibre do not come to market very often. Those occasions may be a once-in-a-lifetime opportunity for many, particularly when the model in question is a Rolls Royce.  When the model is a 1:8 scale model of a historic Rolls Royce Phantom II it is even more special.

The Phantom II is said to be the last model that Henry Royce worked on. Only 9 were made and only 7 are believed to survive. One was the centrepiece of the Henry ford museum for 25 years. In 1935 it was a Phantom II that carried His Majesty King George V when he reviewed the aircraft of the Royal Air Force at RAF Mildenhall, England which is now a United States Air Force base. A Phantom II is displayed in the Academy of Art University, Automobile Museum in San Francisco. The museum displays examples of the best in automotive design for students to study at first hand.

So we have a model of a rare and historic car. Giuseppe only made cars that he wanted to make for his collection, with no thought for such things as making to sell or possible value and he only made one of every car. He would typically spend 18 months painstakingly creating each one. If you wanted to commission a model like this you would have to wait at least as long before taking delivery and that is if you could find someone up to the job. 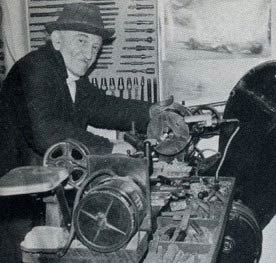 It is thought that Giuseppe only made 12 or 15 cars and it is not possible to say with any certainty where they all are. He was occasionally coaxed into selling some by keen collectors and no doubt they now grace some incredible private collections.

This model is approximately 65cm long and is a completely scratch-built model, made in 1973. It features all metal construction, except for a few details, hence it’s weight of 13lbs. The model has engine and chassis detail, as well as working features including working steering, opening bonnet, three opening doors one of which is to the opening rumble seat. It also has a removable convertible top.

Giuseppe devoted anywhere from 12 to 18 months building each model, and he was a stickler for detail. His models were very complex and examples such as this Rolls Royce probably took over 2,500 hours to create. In addition to using brass for bodies and many components, he also used iron, steel, stainless steel, wood leather, and rubber in the construction of his models.

Da Corte creations are even more amazing when you learn a little more about the man. Giuseppe built most of his models while managing a parking facility outside Rome, Italy where he had a small, but very well equipped 8 ft x 8ft workshop at the entrance to the car park. It is tantalising to think that if Giuseppe had spent less time parking cars, then he would have undoubtedly made more of his exquisite model cars. But then for collectors part of the appeal must be in their rarity.

He carved wooden blocks to shape and formed his brass body panels over them. All parts were made solely by him. Every headlight, radiator and wheel spoke and the smaller fittings have been compared to jewellery. Giuseppe da Corte models rank at the top with some of the finest scratch built models in the world. 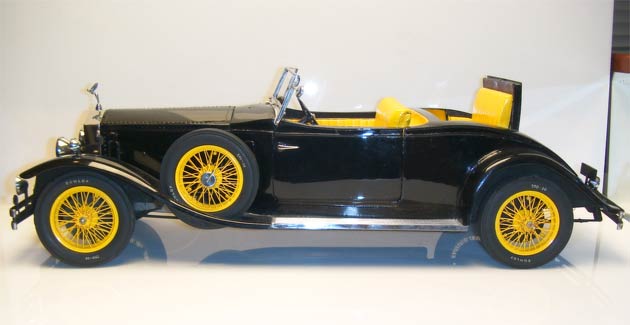 This unique Phantom II model is available from www.bespoke-impact.com. Price on application.