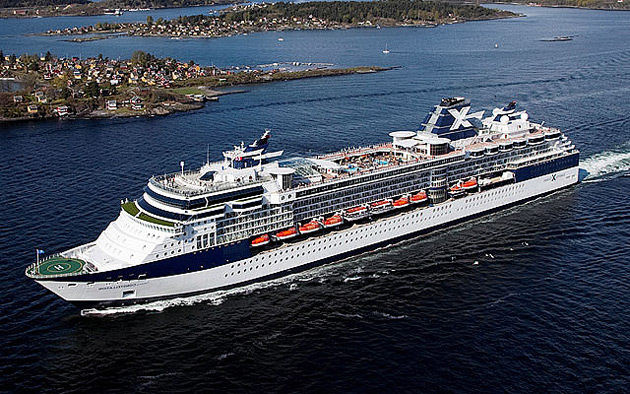 Inaugural “Top Chef: The Cruise” on Celebrity Constellation to feature show’s judges and chefs in series of interactive events.

The most sought-after “reservations” in town for April 2013 will not be on land, but rather will be at sea, with the launch of the first-ever “Top Chef: The Cruise,” aboard the modern, luxurious Celebrity Constellation.  The announcement was made today by Bravo Media, Celebrity Cruises, Magical Elves and Rose Tours, and offers fans of the Emmy-winning “Top Chef” reality competition series the chance to spend quality time with the show’s judges and chefs, making this a one-of-a-kind culinary vacation experience.

Hosted by two of “Top Chef’s” most beloved stars, Tom Colicchio and Gail Simmons, and featuring past “chef’testants,” the April 11-15, 2013 cruise will sail roundtrip from Miami, Florida, with stops in Key West, Florida and Cozumel, Mexico. During the voyage, guests will have the opportunity to savor events such as interactive “Quickfire” cooking challenges, culinary demonstrations, question-and-answer sessions, Top Chef menus and more. Guests also will enjoy Celebrity’s own award-winning culinary offerings, with cuisine created by a James Beard-featured chef, and inimitable, personalized service.

“The incredibly engaged fans of Bravo’s Top Chef are in for a one-of-a-kind and personal opportunity with Top Chef: The Cruise,” said Ellen Stone, Senior Vice President, Marketing, Bravo.  “With complete access to talented former chef’testants and our amazing judges, Tom Colicchio and Gail Simmons, fans will experience and taste the Top Chef culinary feats firsthand!”

“There’s no better setting for ‘Top Chef: The Cruise’ than a Celebrity Cruises ship, because of the complexity of our culinary operation, the quality of our food offerings and the variety of our dining concepts,” said Dondra Ritzenthaler, Senior Vice President, Sales, Celebrity Cruises. “We offer an update on the luxury vacation, so not only is food a standout aspect of what we offer, but so are modern, of-the-moment experiences and the chance for guests to explore what they’re passionate about – just like what they get by watching ‘Top Chef.”

Staterooms go on sale on August 16, 2012, at 12 pm EDT at topchefthecruise.com. Additional information can also be found at the site.