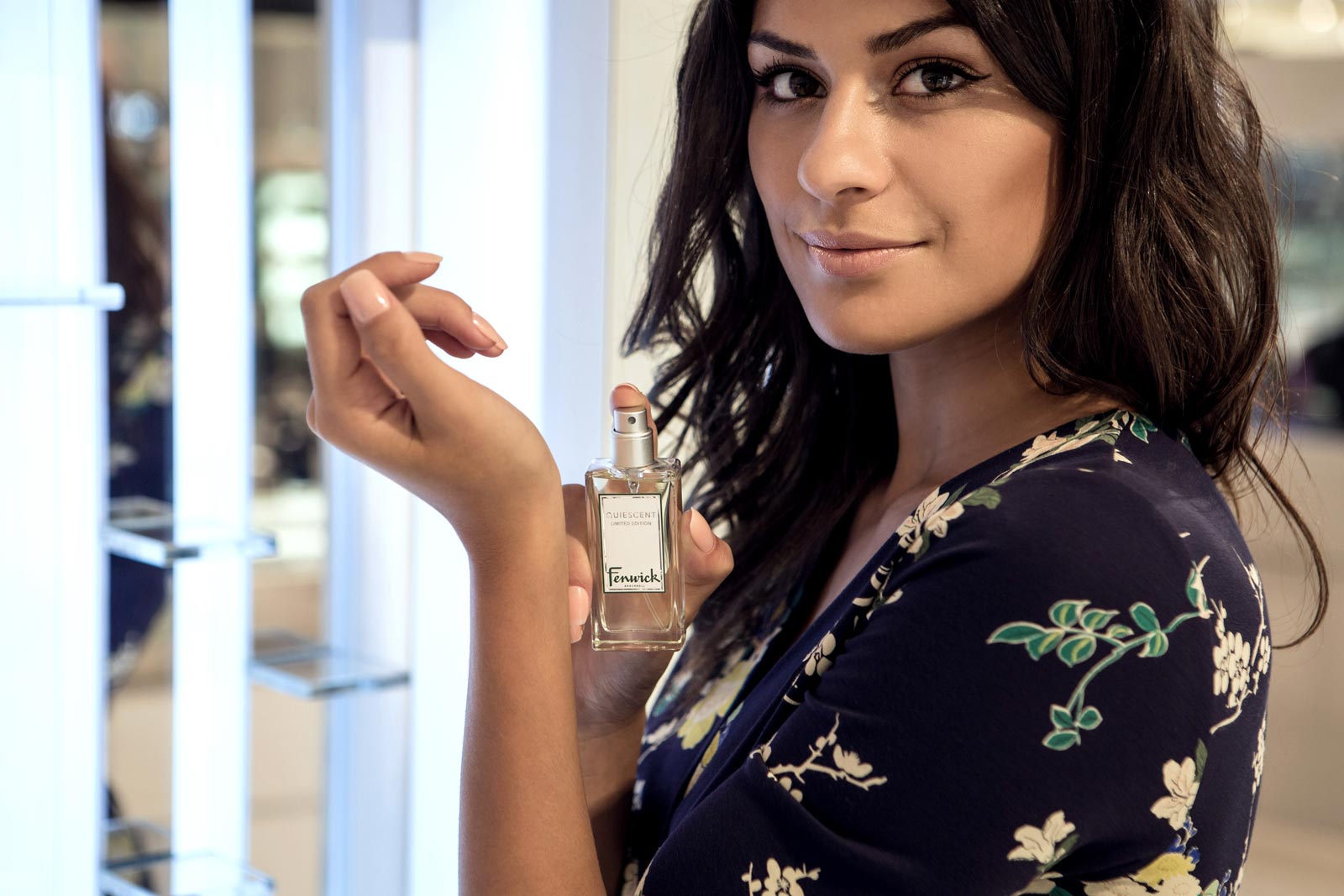 Ever get that feeling of rushing around when you’re supposed to be relaxing during a spot of retail therapy? Well, department store giant Fenwick has just launched a brand new limited edition perfume aptly named Quiescent.

Quiescent features ingredients which are scientifically established to help calm shoppers allowing them to relax and enjoy their shopping at a leisurely pace. Just the way it should be.

The new store in Bracknell, Berkshire, is part of a wider £240m regeneration project of the area known as The Lexicon. And Quiescent has partly been launched to mark the opening of the shop – the first new store for the retailer in 14 years. 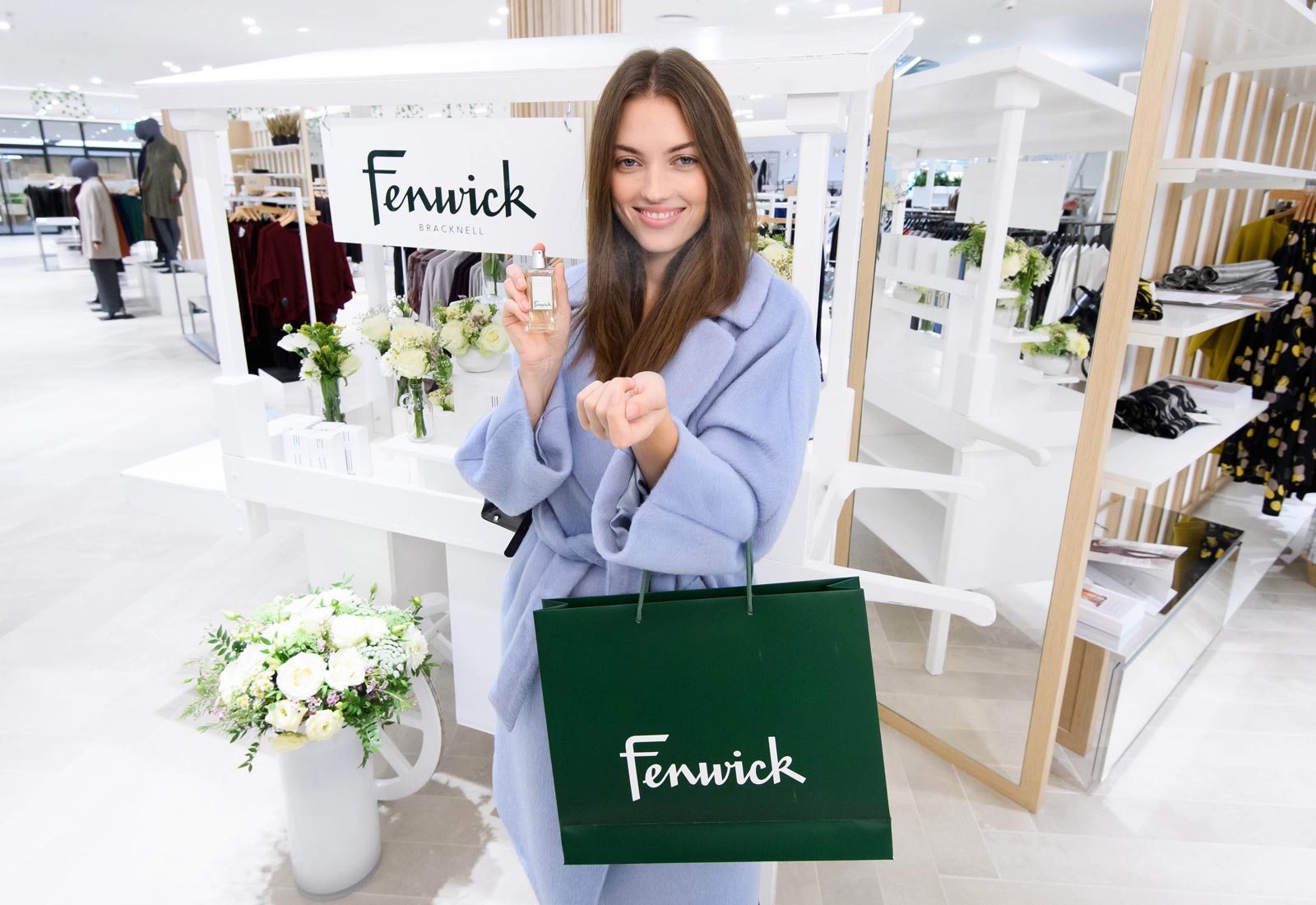 Through careful and meticulous development, it’s believed the fragrance will help de-stress even the most anxious of shoppers.

The scent was developed in response to new research which reveals nearly half of British consumers admit they have made unconsidered purchases because they are always in a rush. Yet shopping is supposed to be an indulgent pastime. And if that wasn’t bad enough, over half of shoppers regret purchasing clothes because they failed to try them on. It’s hardly surprising then that a third wish changing rooms are a more pleasant experience.

Answering shopper’s prayers, Fenwick Bracknell is transforming some of its changing rooms into aromachology rooms. 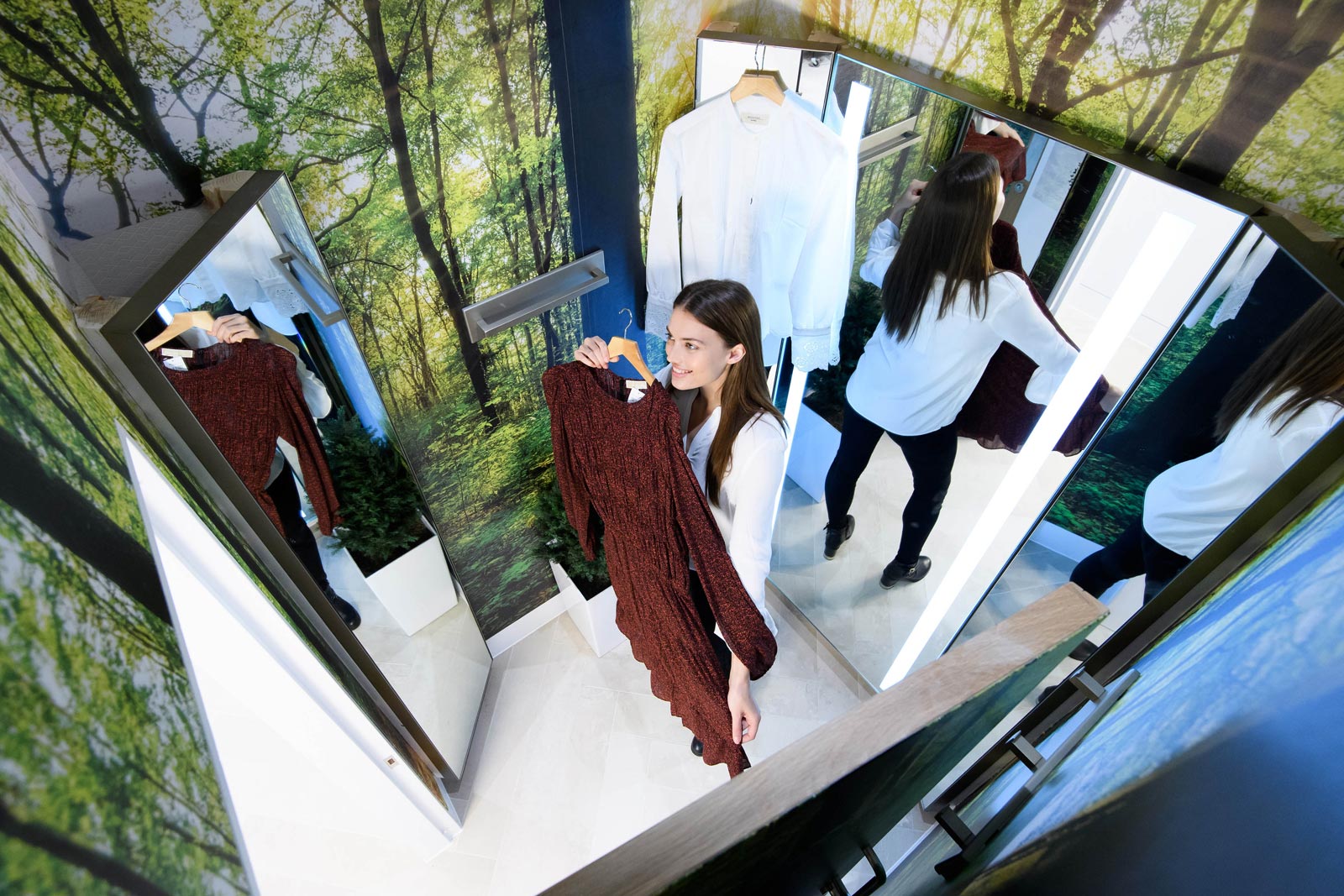 Throughout September, a selection of changing rooms will be infused with the Quiescent fragrance, walls adorned with beautiful images of the British countryside, and a touch of ambient sounds completing the experience. 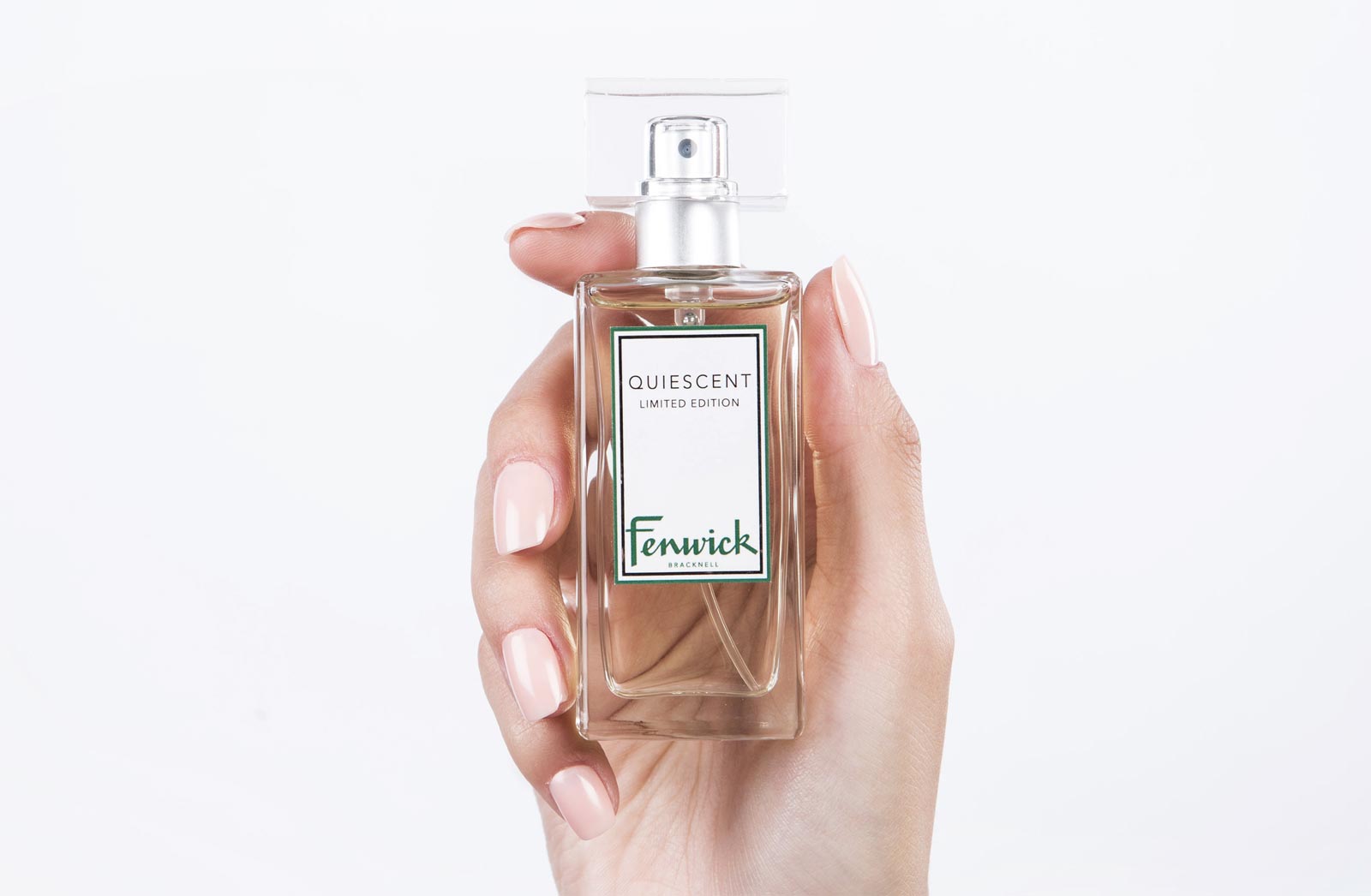 Fenwick Quiescent has been developed using aromachology, the study of how smell affects human behaviour, to create a scent which not only smells good, but features ingredients scientifically established to alleviate stress and act as a mood-enhancer. The fragrance is a sophisticated fusion of sandalwood, cedarwood and mandarin, with notes of vanilla and jasmine at the heart, and is the perfect daytime scent for any shopper.

The carefully curated range of oils not only trigger the olfactory system, but also the nervous system. Mandarin has a vibrant and lively nature, and is well-known for its uplifting and calming effects while cedarwood brings with it a deeper note of woodiness. The oil contains the highest amount of sesquiterpenes – a hydrocarbon group found in essential oils – which stimulate the brain’s limbic system and help to elevate our mood and relax. 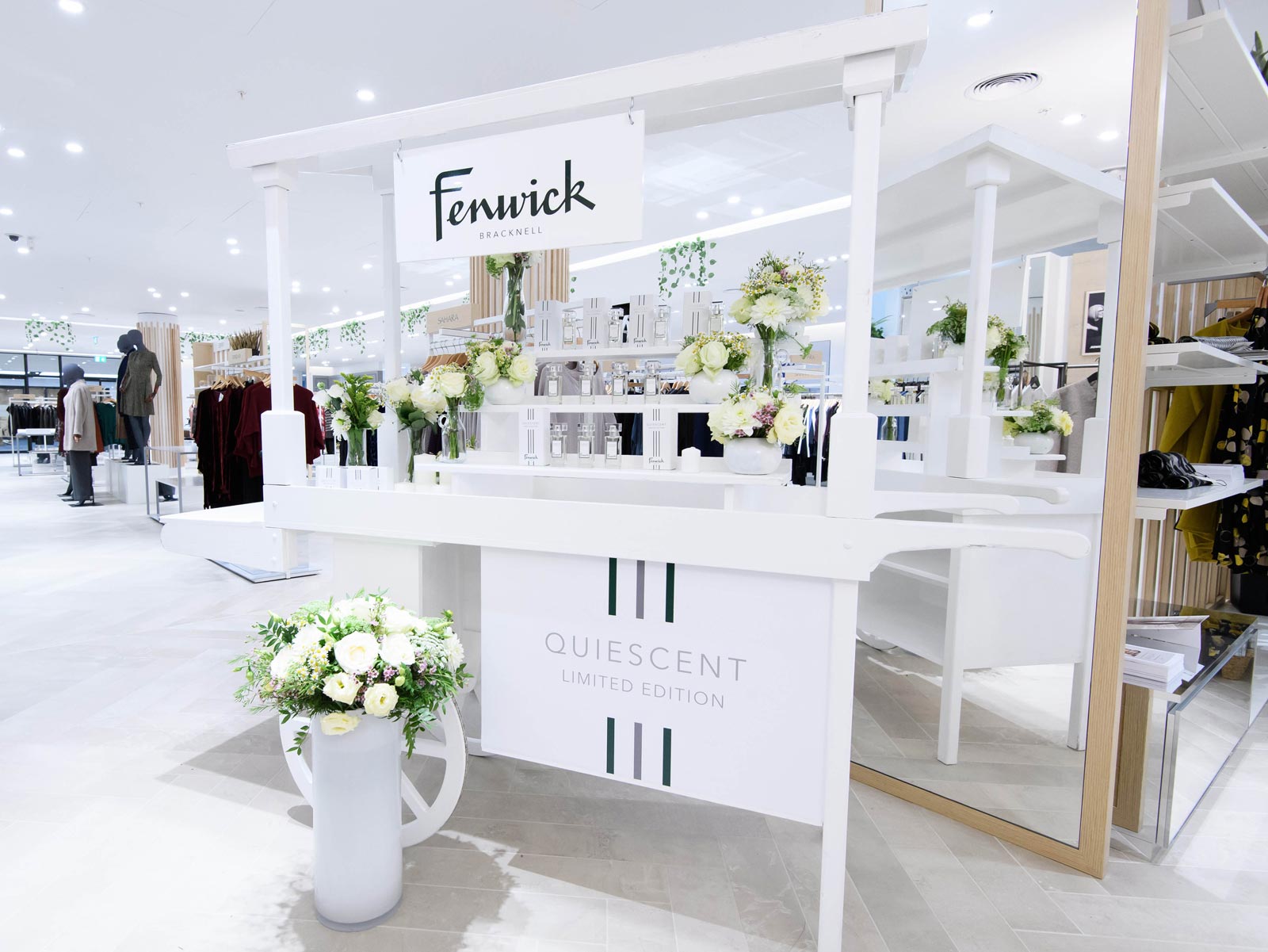 Here at Luxurious Magazine we can’t get enough of the scent and feel relaxed and calm. Shoppers will be in paradise we’re sure! 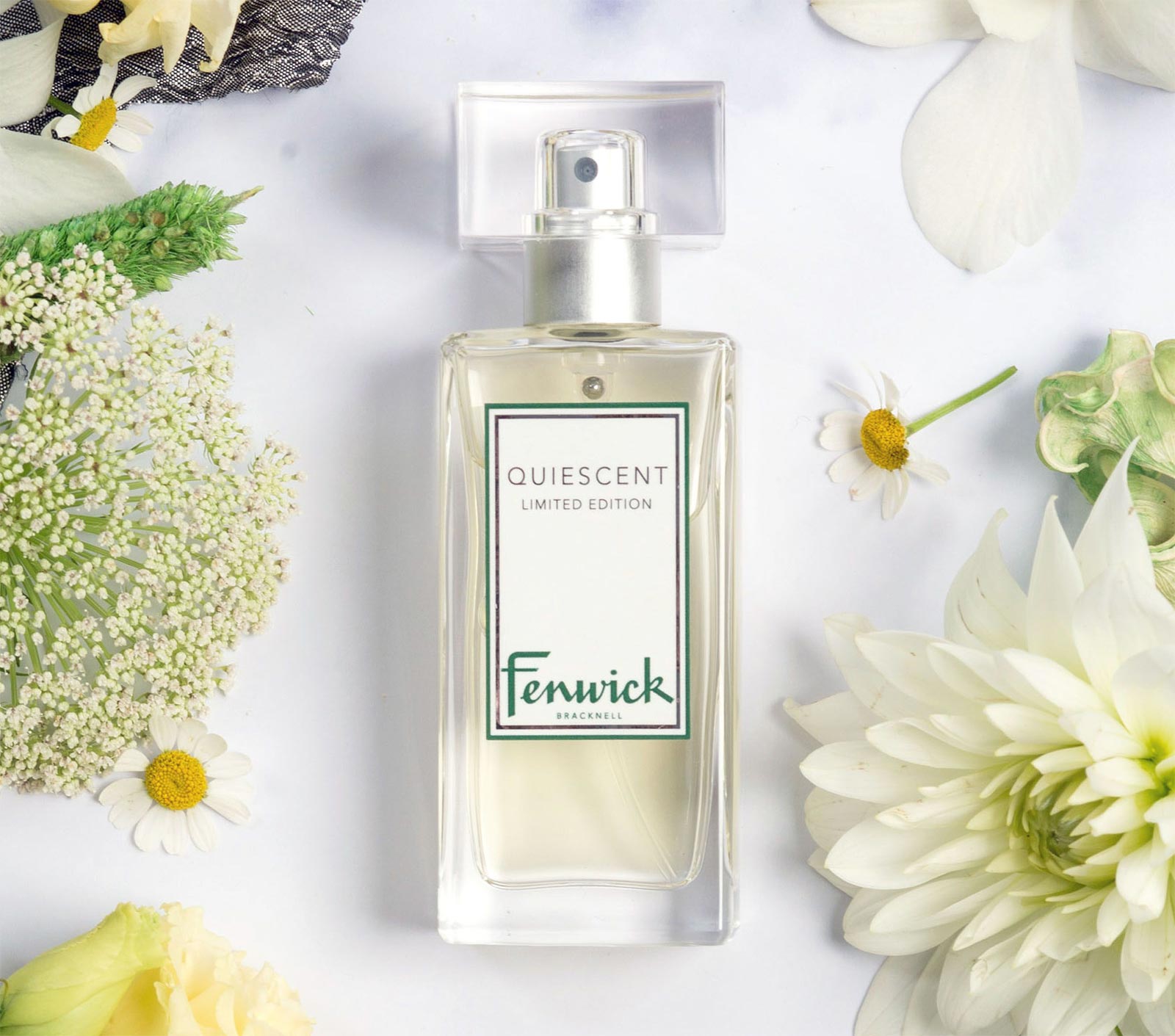