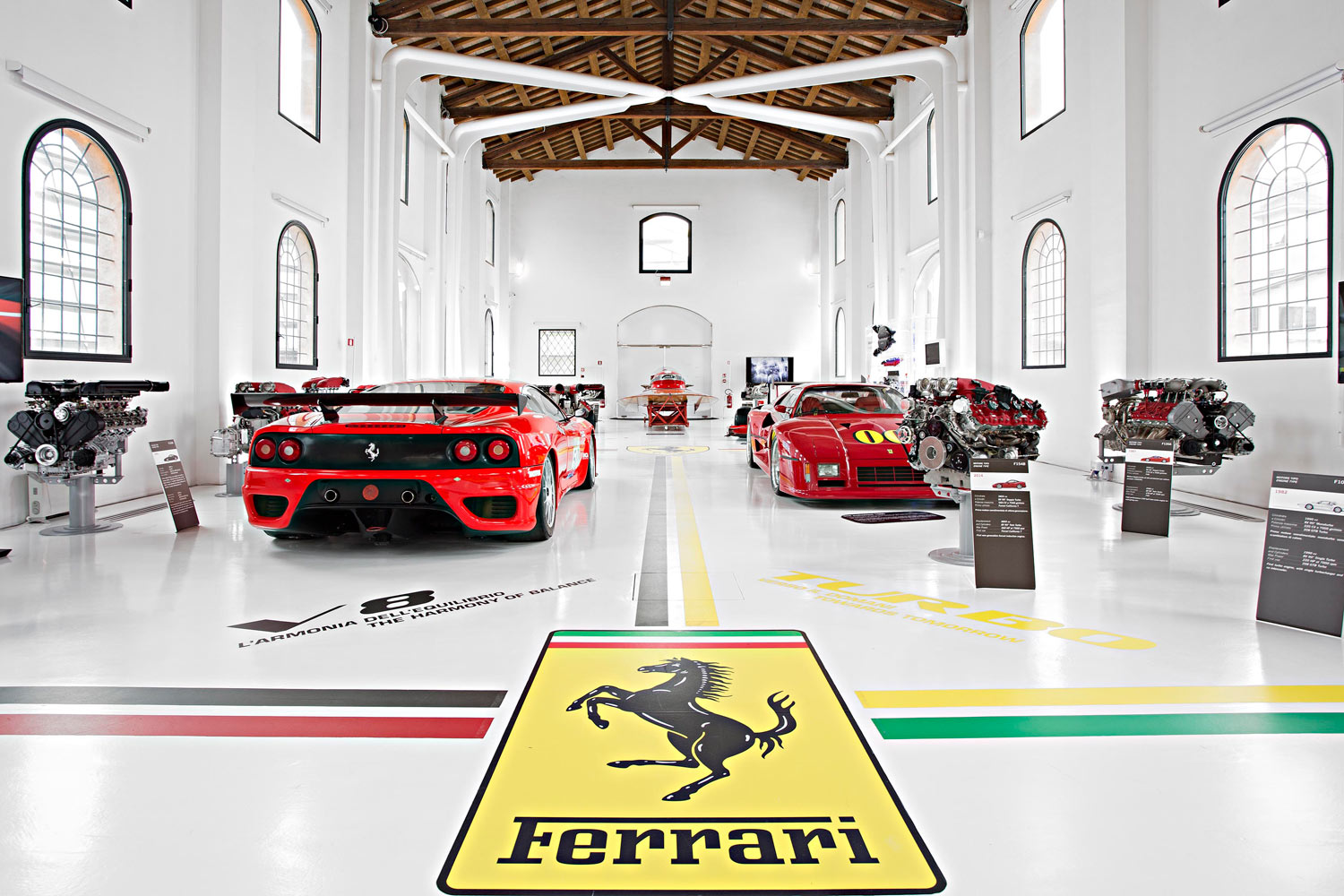 The second year of the Ferrari Museum in Modena, created in the house where Enzo Ferrari was born in 1898, opens with two different but equally unmissable attractions. 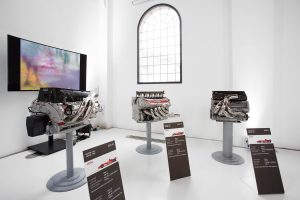 The area that was the office of Alfredo Ferrari, Enzo’s father, at the start of the last century, is now home to the Museum of Ferrari Engines.

The area is divided into six sections: experimental engines; small capacity 2 to 6 cylinder units; the classic 12 cylinder engines; the 8 cylinders; the turbo charged units and finally, the Formula 1 engines. In each section, a 3D video explains the characteristics of the various engines and how they worked.

Apart from the engines, there are also some of the cars to which they were fitted. From the one Ascari used to win the world titles in 1952 and 1953 to the famous Sport 750 Monza, from Villeneuve’s Formula 1 turbo to the F60, the first ever Ferrari to be fitted with KERS. 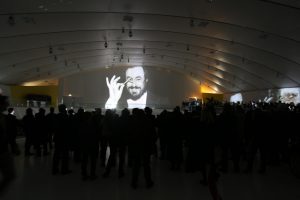 Alongside this “technical” offering can be found the homage to Luciano Pavarotti. The opera star was born in 1935, when Enzo Ferrari was already 37, but despite the age difference, the two men knew one another and held each other in high regard. Ferrari, who as a youngster had even dreamed of becoming an opera singer, welcomed the rising talent to Maranello. Luciano had bought a second-hand Maserati Ghibli, which is on show today in the MEF, but he wanted a Ferrari. He chose an F40, another car that is on display in the museum.

Thanks to a technology that uses 19 projectors, visitors will be “wrapped up” in the video, Enzo e Luciano: da Modena a Modena, with a soundtrack that features some of the most beautiful of the tenor’s songs. The images play on the affinity between the two men: where they came from, their success on the world stage, their fans and admirers, the international recognition they received. In terms of the overall look of the exhibition, it highlights details that became their trademarks, such as Ferrari’s dark glasses and Pavarotti’s scarf and Borsalino hat.

Some of the most famous Ferraris of all time are on show in this pavilion, from one of the earliest models, the 1948 166 Touring right up to the awe inspiring LaFerrari. 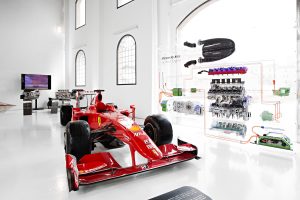 Thanks to a collaboration with Verona’s Fondazione Arena and Arena Museo Opera, visitors can also admire some of the set designs used by Pavarotti during his career. The exhibition is open until February 2016. It can be seen on its own, or combined wit a visit to the Ferrari Museum in Maranello.

Furthermore, as from 4 April, a “passport” will be available at a cost of 60 Euros, which, for two days, includes use of a shuttle between the Ferrari Museums, the one in Pavarotti’s house and other places of interest in the area. There is a food and wine trail that includes the cheese making factories of Parmigiano Reggiano, the Lambrusco wine cellars, the producers of Balsamic vinegar and the Salumeria (delicatessen) Museum, as well as cultural visits to Modena, to Nonantola and its abbey and the potteries of Sassuola, with its ceramics manufacturers and museums. 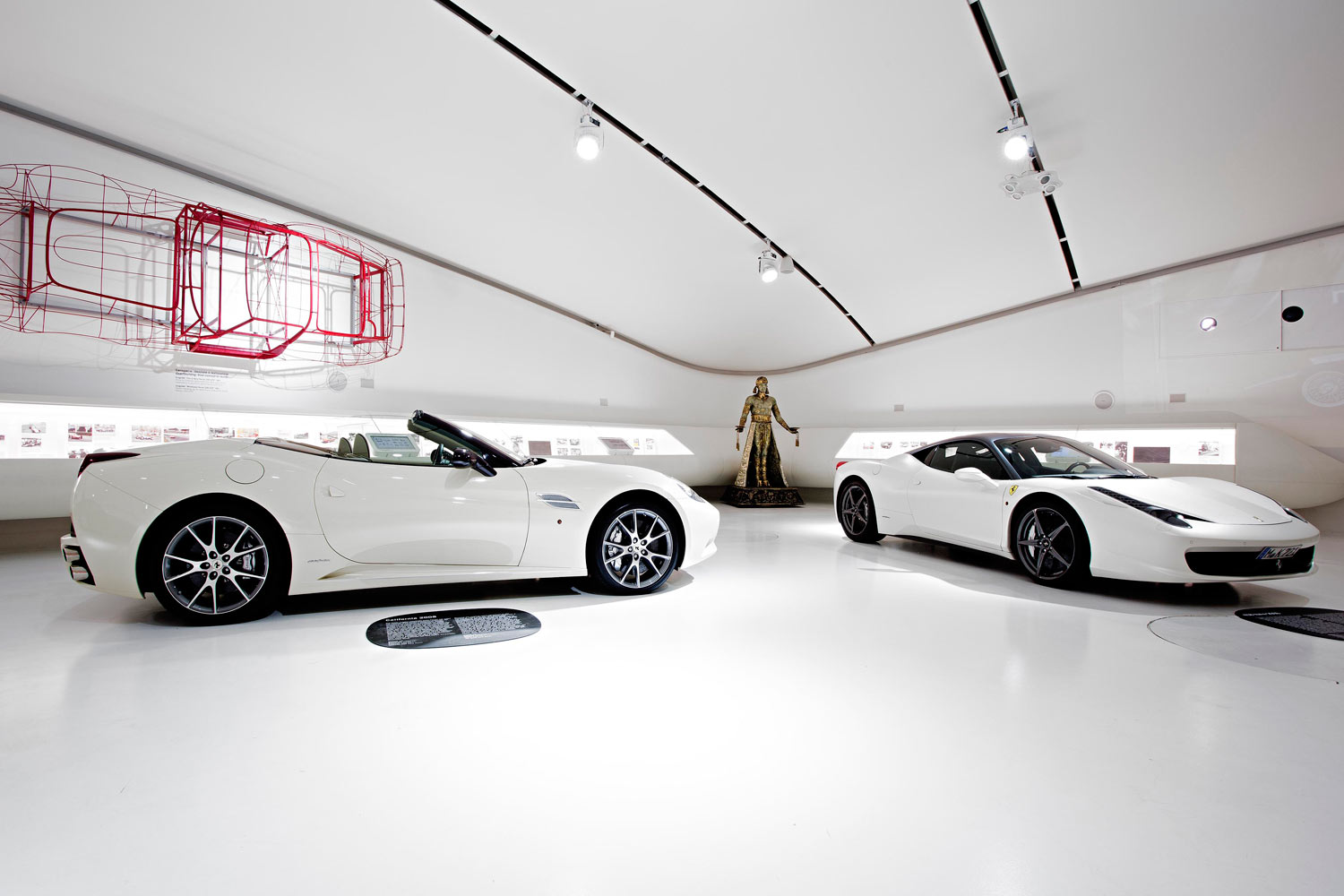