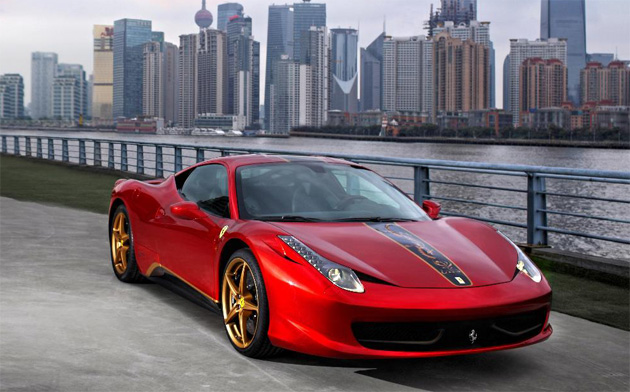 This year marks the 20th anniversary for Ferrari in China since the first Ferrari, a 348 TS, was ordered in Beijing.

To celebrate this historical milestone, in a few weeks time Ferrari will inaugurate its first ever permanent brand exhibition outside of Maranello at the Italia Center of Shanghai World Expo Park. Covering 900 square metres the Ferrari Exhibition will last for three years and will feature some of the best collections from the Maranello Museum divided into five topics, including Ferrari in China, Green Technology, Product, Design and Racing. 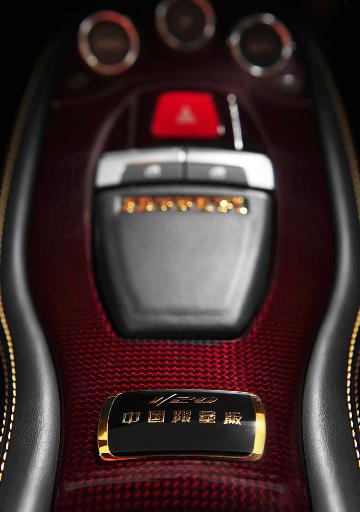 Along with current and past Ferrari models, visitors will gain first-hand experience with a rich selection of images and videos made especially for this exhibition.

Another important element for the 20th anniversary celebration is the introduction of the 458 Italia special edition of only 20 cars dedicated exclusively to the China market. The car’s livery is characterised by unique Chinese elements and is finished in a brand new colour called Marco Polo Red specially developed for this exclusive car which will be presented at the inauguration of the Ferrari Exhibition at the Shanghai Expo Park’s Italian Center.

The inspiration behind the livery came from the longma theme which is an old Chinese idiom which means “the vigor and spirit of the legendary dragon-horse”. Dragon is a symbol of Chinese culture, standing for courage, passion and success, whilst Ferrari’s prancing horse logo is one of the most recognised symbols in the world representing Italian cultural identity and its unrivalled achievements in the design and engineering fields. The 458 Italia is a very high performing and exclusive 8 cylinder mid-rear engined car which has won over 35 awards all around the world. The 458 Italia mixes very innovative technology with exclusivity and design and it perfectly encapsulates the passion and vitality of the longma spirit.

The most eye-catching element of the car’s exterior is the golden dragon on the front bonnet, which is offset by gold and black livery stripes symbolising a racing track. The image of the soaring dragon and the prancing horse on the front bonnet complement each other perfectly, and are the finishing touch to the car’s overall design. The symbols reflect both Chinese culture as well as Ferrari’s constant innovation. This unique design is enhanced by gold finish to the rims and the aeroelastic winglets. The interior also reflects the unique longma spirit and the celebration of Chinese culture with gold embroidery on the car’s head rests, while the engine start button on each of the 20 cars is inscribed with the simplified Chinese characters for ‘start’, and a ‘20th Anniversary Special Edition’ plaque is set into the dash