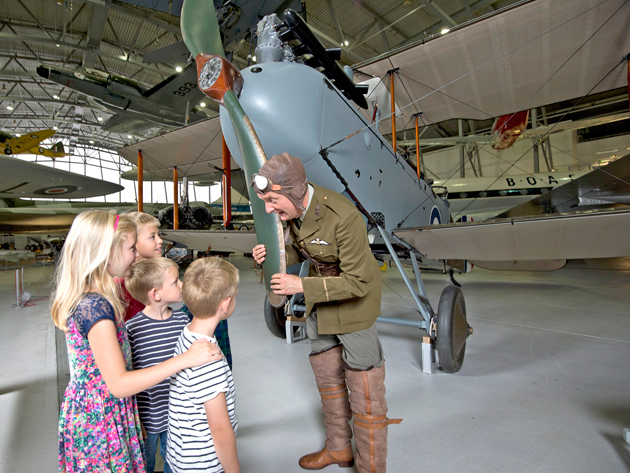 To ‘kick off’ our newest section of the Luxurious Magazine Online Magazine titled ‘What’s on’ we take a look at what the Imperial War Museum (IWM) Duxford has on offer during the UK October half-term break. 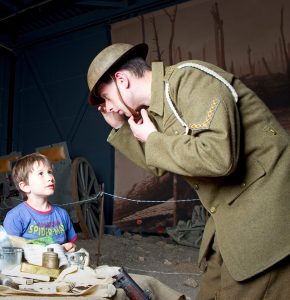 The IWM Duxford October half term activities look at the dawn of aerial warfare and the increase in the use of aircraft at the start of the First World War. At 11am, 12pm, 1pm and 2pm their costumed interpreter, dressed as a First World War pilot, will tell the story of aircraft development during the Great War, in a series of lively and engaging talks around our deHavilland DH9 bomber.

It had been only 11 years since man had achieved controlled powered flight but, by 1914, aerial combat was already seen as an integral part of strategic warfare. You’ll look at the evolution of the aircraft, from the fragile wood and cloth constructions of the early days of the First World War, which had slow speeds and no weapons, to the technologically-advanced, purpose-made fighter aircraft flying into battle four years later.

You and your family can discuss the nail-biting dogfights where pilots pushed their aircraft to the limit to gain the upper hand against their foes. In an age where parachutes were not issued to British crews, it was not just a battle for honour, but a battle for survival. Hearing the stories of the early flying aces, including Manfred von Richtofen and Alfred Ball.

The war in the air was not only fought above the trenches of France and Belgium, it was also, for the first time, fought on Britain’s Home Front. You’ll see fragments of the first Zeppelin to be shot down over Great Britain and hear the story of Lieutenant Robinson, who destroyed this mighty Zeppelin, flying a Royal Aircraft Factory BE2C; an example of which can be seen in our Battle of Britain exhibition. Find out about the clothing worn by First World War pilots and the conditions they faced in the cockpit. You’ll also explore the lesser-known roles of the First World War ground crew and look at a typical day on a First World War airfield. 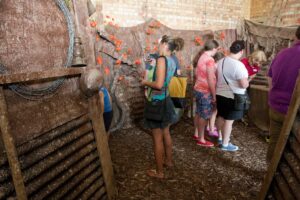 Explore the evolution of aircraft roles, from reconnaissance to fighter and bomber aeroplane taking a closer look at the First World War Royal Aircraft Factory RE.8 and de Havilland DH9 aircraft that can be seen in our Air Space exhibition.

At 12.30pm and 1.30pm, IWM Duxford will be enlisting your help to build a large-scale model of a DH9 aircraft. Try onmini-uniforms in the style worn by the First World War air aces and have a go at making remembrance poppies.