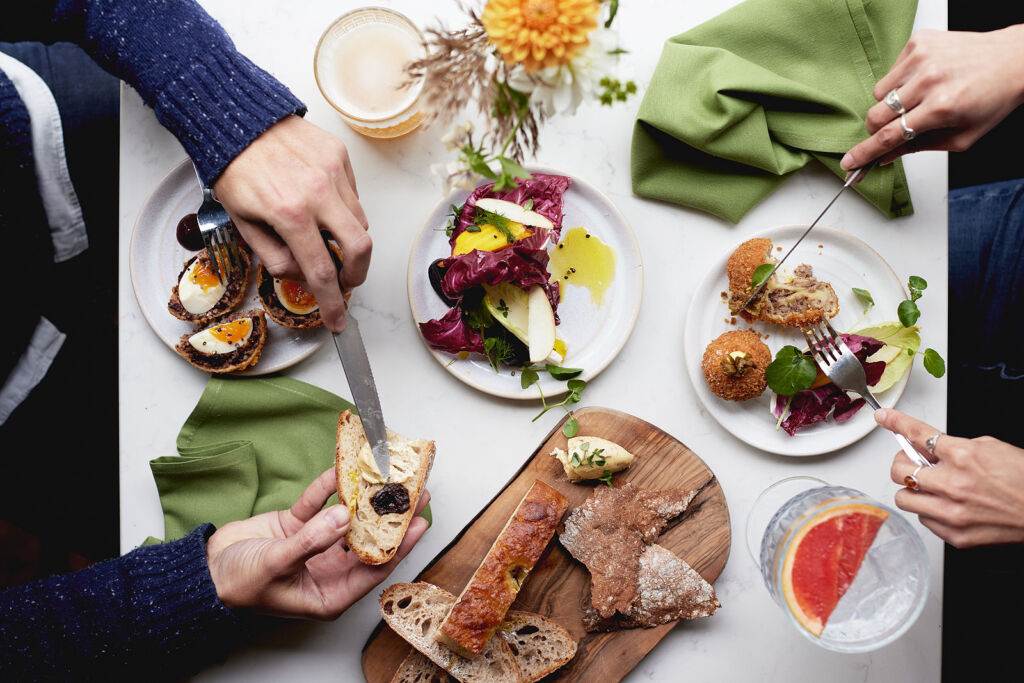 National lockdowns and the doom and gloom of the hospitality industry is enough to put anyone off from launching a business in the food sector. But it didn’t deter a trio of entrepreneurs to launch their bar and restaurant in the South Oxfordshire market town of Wallingford. Luxurious Magazine’s Sabi Phagura went along to check out Five Little Pigs.

Launching a business at any time is stressful but doing so in lockdown is even more challenging. But when a trio of local residents put their heads together to open up bar and restaurant Five Little Pigs, they were determined for it to be a success and didn’t veer off their minds goal of it becoming the hub for the flourishing food and drink scene in South Oxfordshire.

Now, just a few months after opening and with locals voting with their feet, their vision has well and truly materialised. 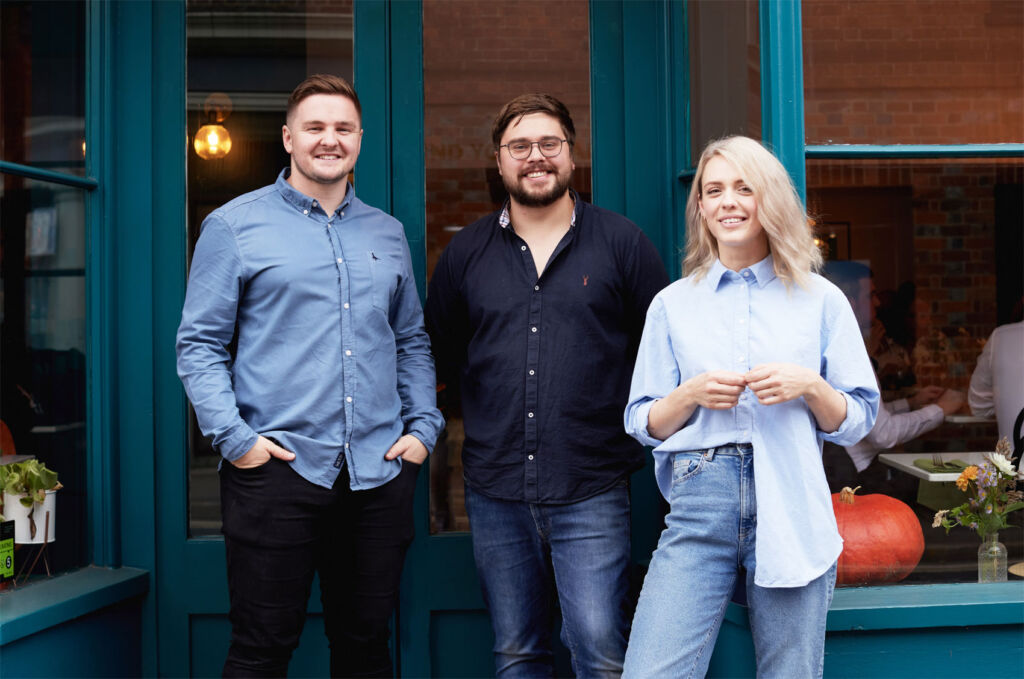 So who are these three determines souls? They are Rob McGregor, Sam Smith and Aimee Hunt. Rob and Sam own and run The Keep, an award-winning bar in the town that is also home to Albino Flamingo gin – Wallingford’s first and only gin Albino Flamingo. The boys partnered with chef and restaurateur Aimee’s whose previous restaurants, lata lata and Tin Kitchen, both in High Wycombe, were runners-up in the Observer Food Awards for five consecutive years. Together they launched a Kickstarter campaign that raised £50,000, the initial £25,000 target reached within three days. 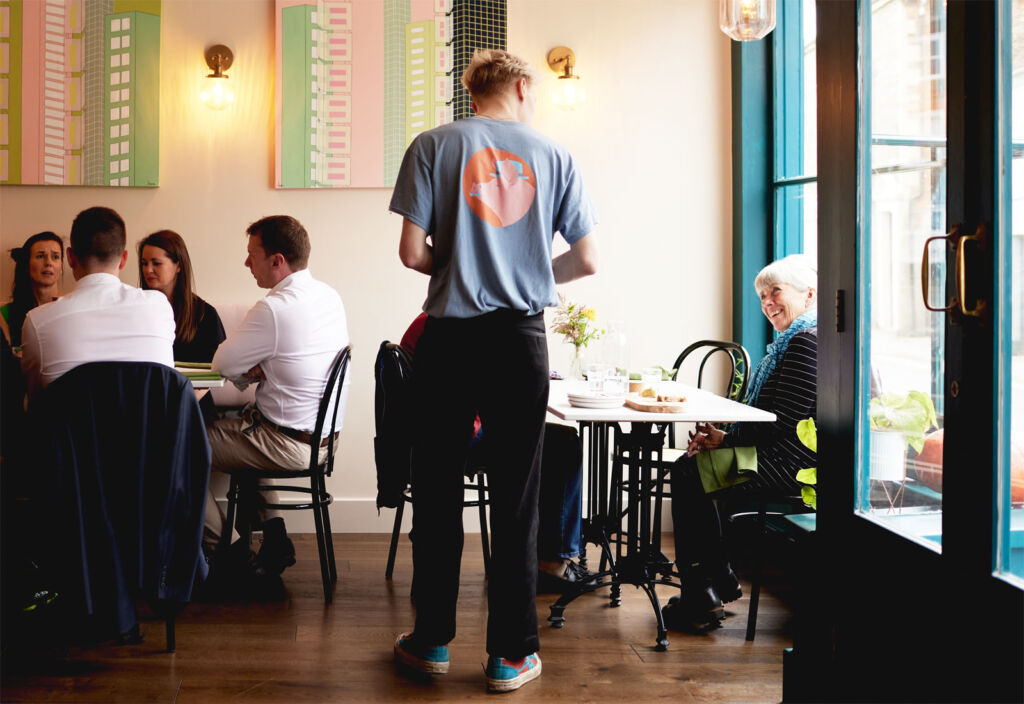 Just on the periphery of the market square Five Little Pigs is more of a cafe feel by day, but the bright, cheerful décor of teal and mustard hues with an impressive glittery bar at the centre, it becomes every inch a chic place to hang out as day gives way to the evening.

It was packed with ‘brunchers’ and ‘lunchers’ when my guest Charlotte and I arrived on a Sunday afternoon, and we witnessed several people being turned away.

Five Little Pigs name is partly taken from a Victorian nursery rhyme and an Agatha Christie novel. Agatha Christie was a long-time resident of Wallingford living at nearby Winterbrook House. The trio is proud of their town’s history and heritage and wanted the name to reflect that. And their loyalty to the local area extends to the menu, which showcases the finest food suppliers in the area and an array of local beers, ciders and spirits behind the bar to quench your thirst. 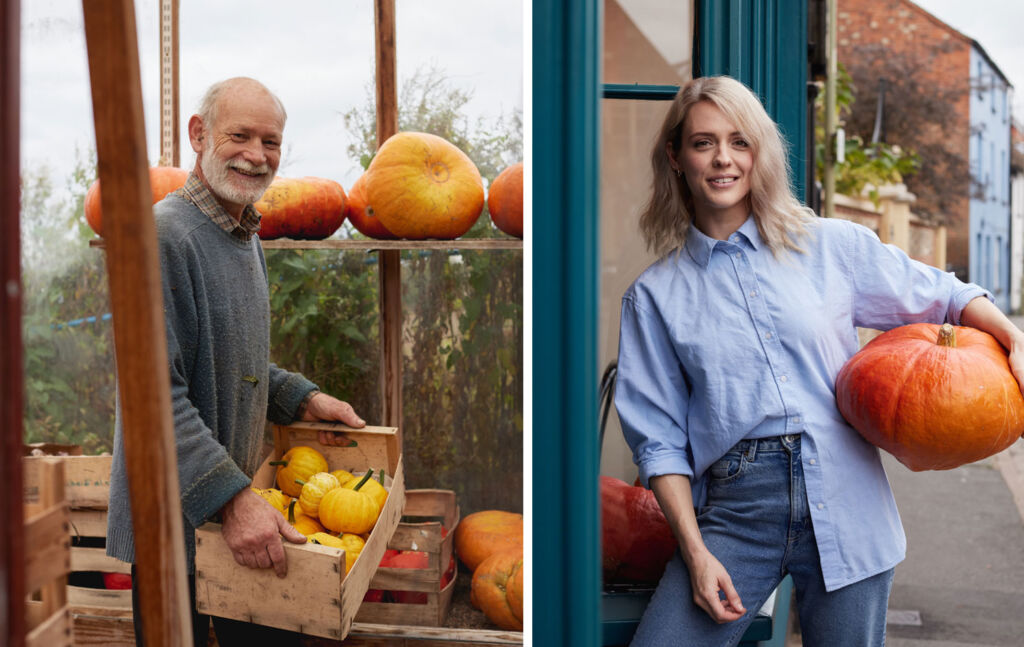 The trio set themselves an ambitious goal of sourcing 70 per cent of their menu from within 15 miles of the restaurant’s front door. By working with these local suppliers, the company ensures support for the local economy, naturally resulting in fewer food miles and the carbon cost of what customers are consuming.

As Five Little Pigs name would suggest, the focus of the food is very much on meat. I’ll be honest when I initially saw this; I wasn’t sure if it would be busy, what with the vegan movement taking off in recent years. But one look at the crowded place, and it was plain to see that not everyone has jumped on the bandwagon.

With neither one of us being big meat-eaters, Charlotte and I were limited in the choice of food open to us, but what we did have was executed well and presented incredibly well. For starters, we ate identical chicken wings and the Cornish Sole with vanilla butter, fennel aioli and fries. We also shared the Orange Bakery breadboard and the Padron peppers. The food came piping hot, and every morsel on the plates was polished off. 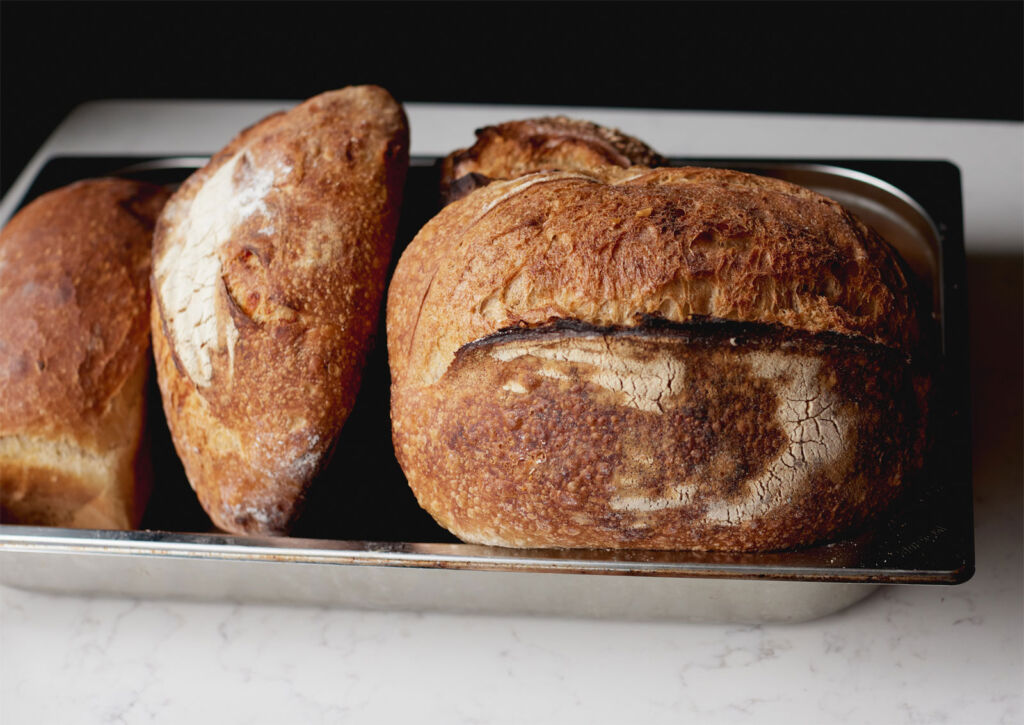 The bread was so good I needed to know more about it and was informed it came from The Real Orange Bakery, just nine miles away in Watlington. Kitty Tait set it up at the tender age of just 14, who hasn’t looked back since. The waitress said the bakery is famed for queues snaking the block most days. I was grateful I didn’t have to endure a queue. 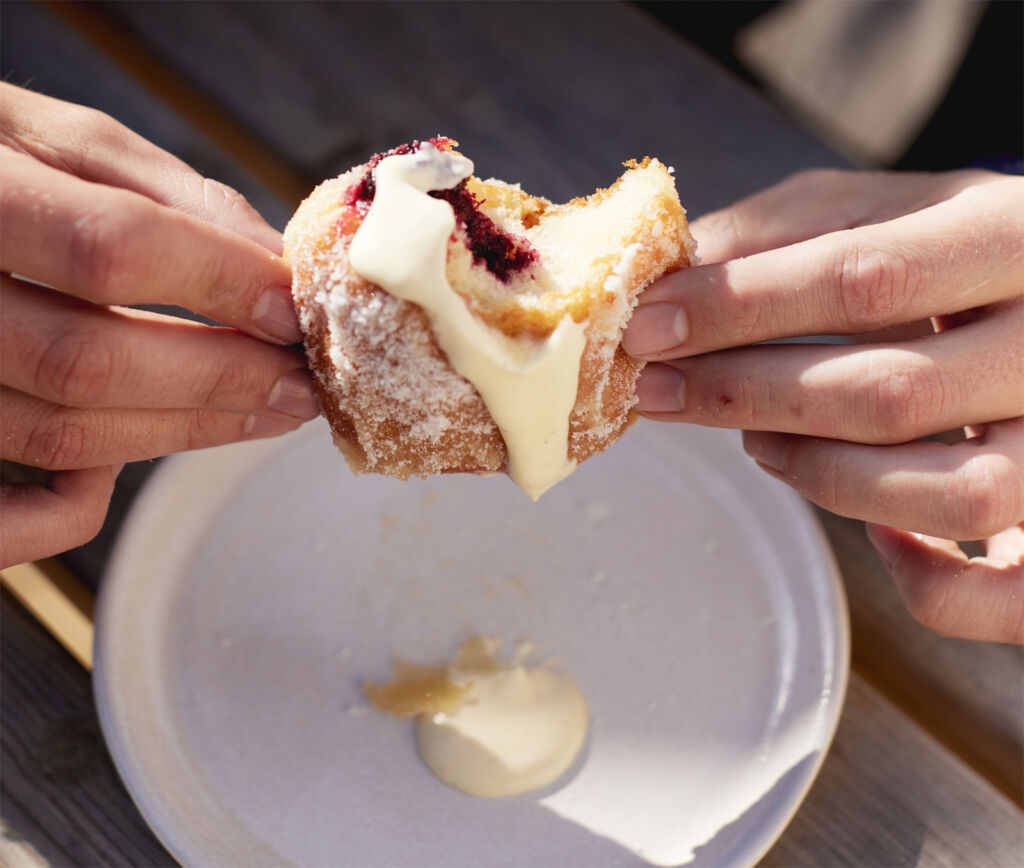 I wanted to dive into one of the Five Little Pig’s calling cards, the doughnut with hedgerow jam and dipping custard and was deeply disappointed that it wasn’t available.

We were told the dough hadn’t risen overnight, so the restaurant had run out. I ummed and ahhed over Nettlebed Creamery’s cheese board (Head cheesemaker Rose’s Organic artisan cheeses have won awards nationally and internationally) before I settled for the doughnut substitute of warm brownie topped with cream and toffee sauce. It got brownie points (pun intended) from me. 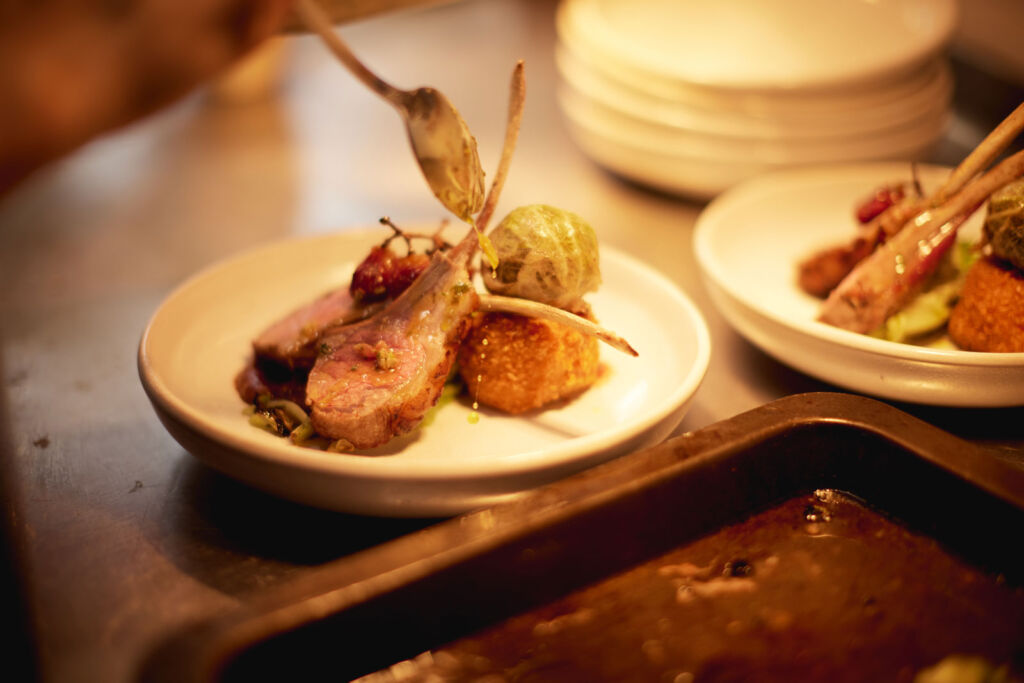 If you’re a meat lover, you’ll love the food here with plenty of choices. But for someone like me who prefers fish and chicken, it may be a bit trickier. But with the fleeting nature of seasonal food served, it means that the menu will change regularly, often within the week, and I could find something to suit my palette. 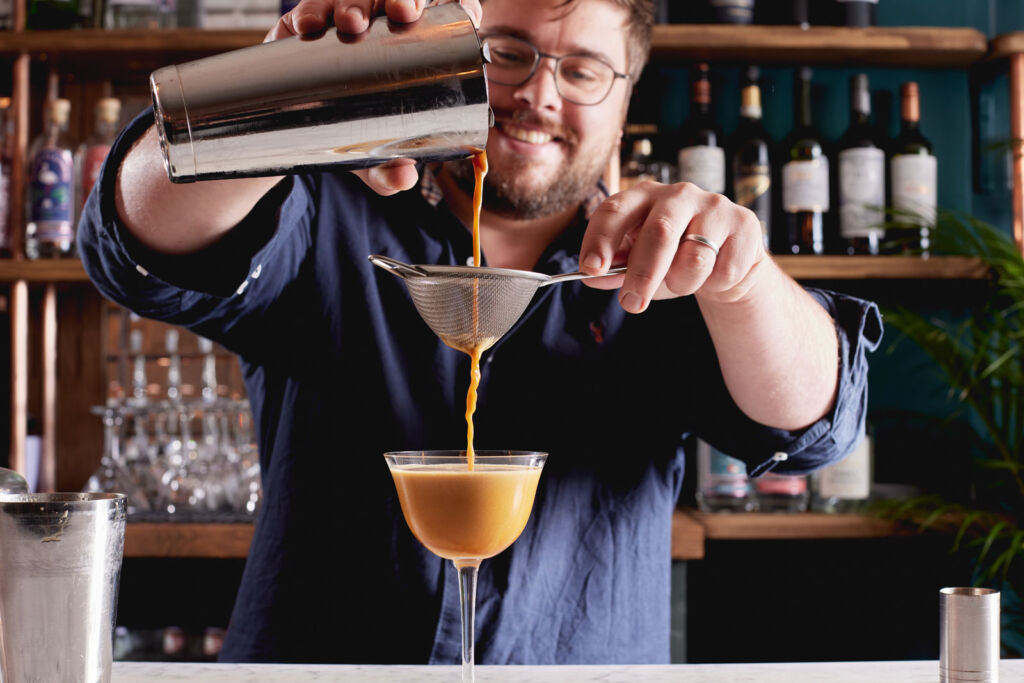 Still, this superbly designed restaurant and bar spaces inside can cater for a brunch, a coffee, a glass of wine or a beer. And with this sweet tooth of mine, it’s worth making a trip just for the brownie, and perhaps next time I visit the Five Little Pigs, I’ll get my fingers sticky with that moreish sounding house doughnut with jam and custard.

Five Little Pigs – Where and how?