Having grown up in a British Indian household, I’m naturally a fan of Indian food. And thankfully I am never far from an Indian restaurant. But not all restaurants are equal and I can be critical of them given my background. Still, I love going along to them, in pursuit of the tastiest flavours I can find.

But if you’re looking for a British curry house, this is not one of them. This was immediately apparent the moment Richard and I walked into Flora Indica. From the décor, to the staff, and to the menu to the wine offerings, it is definitely a place that offers something modern and a menu-on-trend which is in line with what London is currently tucking into.

The evening kick started off with a bowl of green kali mirch chips accompanied with a smoked garlic yoghurt – a welcomed break from poppadums. And while we mulled over the menu, the staff suggested we get a cocktail. The Chillitini – made from vodka, chilli liqueur, and various juices, was not only delicious, but had that real kick I enjoy from the hot stuff.

There’s a lot of emphasis on food sharing at Flora Indica and the staff actively encouraged this on our visit. It makes sense when you want to try a little something from numerous dishes. The spiced pulled suck cheela, in coconut curry and red amaranth was cooked to perfection, while the deep-fried Amritsari softshell crab with tadka mayonnaise was the best crab I have had to date.

The portions are small and so fresh, we wanted to order a couple more. And sticking with the fish theme, I opted for the pickled octopus in chilli tempura samphire and squid ink doi maach sauce while Richard went for the venison gilafi sheek in coriander chilli and spiced tamarind and fig. I can vouch for the octopus being full of flavour with that lovely hint of spice coming through. Richard said it was the tastiest flavoursome venison he has had. 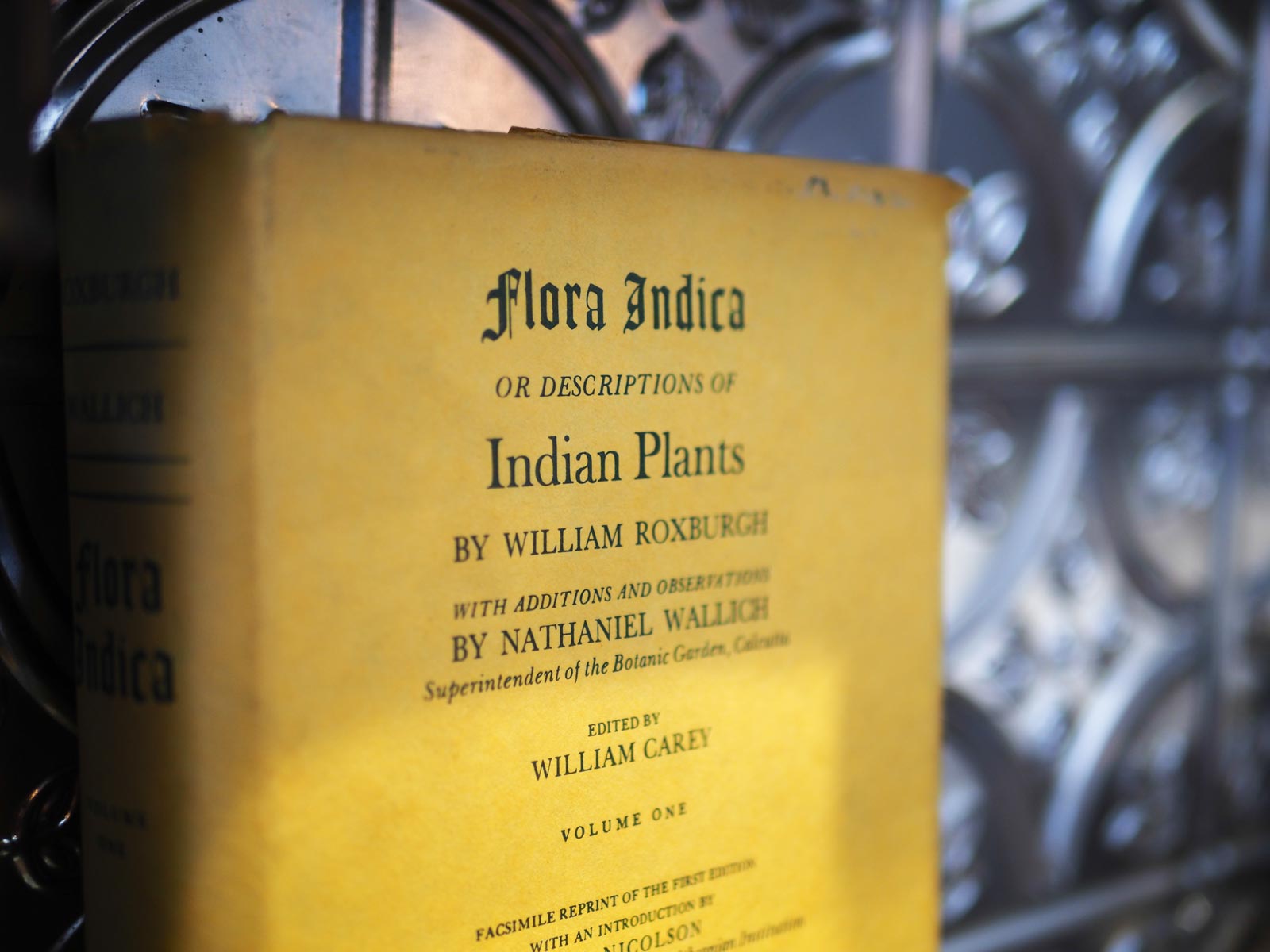 And where those flavours come from are a big part of Flora Indica’s story, it began when Scottish Botanists travelled through India on a journey of discovery. Thousands of exotic Indian plants, previously unknown in Britain, were discovered and catalogued, and as a result, the book titled “Flora Indica” was published in London in 1855. It is to this book and the botanists the restaurant pay tribute to across their modern Indian menu.

There is also an extensive selection of botanical gins in which the bar uses so many of the discovered plants and spices. All of the stunning décor, everything from the antique Distillery piping that adorns the walls, to the Harris Tweed on the luxurious dining chairs, gives a subtle nod to those who brought the many flavours and spices used in today’s Indian cooking.

While the majority of the food is all about sharing, there is such thing as a main course you can have all to yourself too. The slow braised Suffolk lamb shoulder came in an indulgent and silky rogan josh sauce, and the corn-fed bergamot lemon chicken tikka was served with a rich and creamy makhani sauce. Both the mains were a delight, felt healthy without the sauces swimming in fat, and were duly polished clean off the plate with a couple of naans and a side of kaffir lime and pistachio basmati rice. 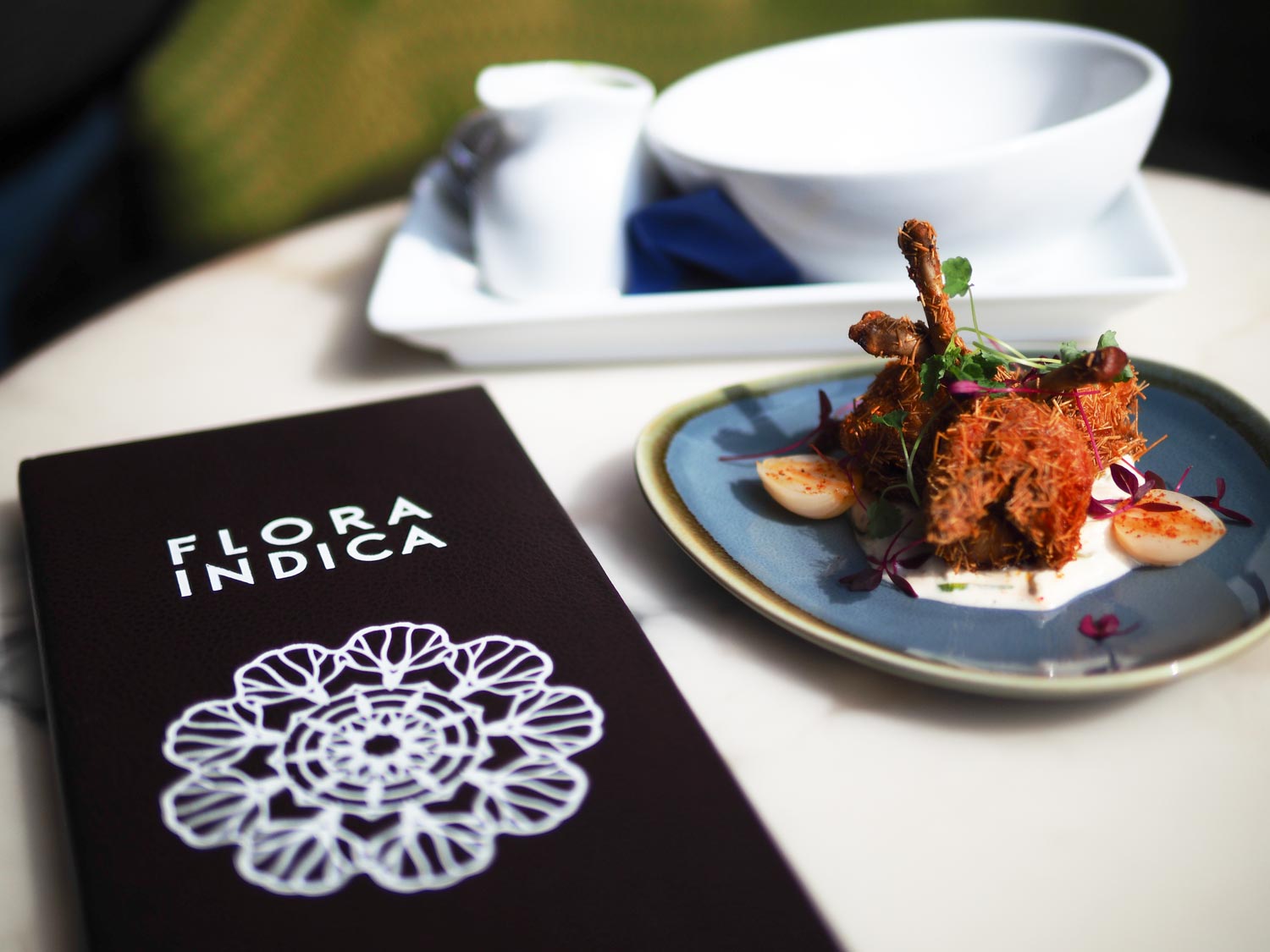 As inviting as the small but luscious sounding dessert menu looked, neither one of us had room for it. However, I have made a mental note of trying the kulfi semifreddo, falooda noodles and clove spiced chocolate sauce on my next visit. There are elements of this dish I remember fondly as a child.

Flora Indica – Where and How?