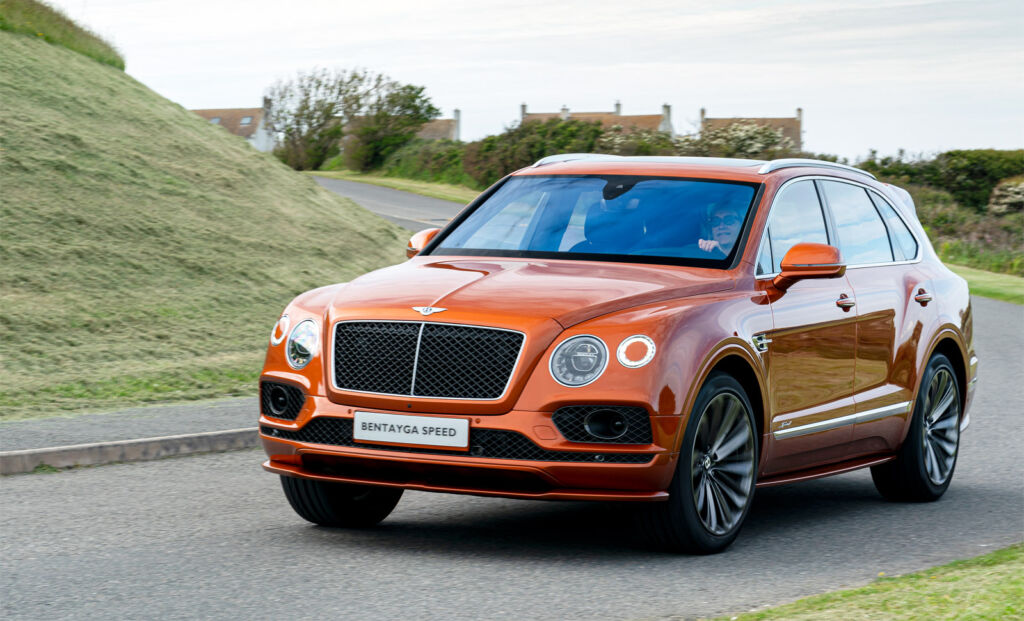 Gina Baksa enjoys a 48-hour Bentley extravaganza: racing the Bentayga Speed around the track at the Anglesey Trac Môn circuit in North Wales and attending the reveal of the all-new Bentley Flying Spur at Crewe.

Bentley celebrates its centenary this year with a raft of special events at Bentley HQ in Crewe and around the world. The marque has gone from strength-to-strength with its Bentayga now the world’s most popular luxury SUV. Bentley never does things by halves. An invite to a track day at Anglesey Circuit driving the Bentley Bentayga Speed – followed by a reveal of the stunning all-new Bentley Flying Spur at Crewe HQ? Exactly 24 hours later I’m in an Augusta helicopter flying across Shropshire into Snowdonia – heading across the lakes and mountains towards the famous Trac Môn circuit overlooking the Irish Sea.

As soon as we land, we’re shown the impressive new Bentayga Speed before enjoying the first of many laps around this iconic North Wales circuit. The weather is gorgeous, the track is dry and the Bentayga Speed’s 6.0-litre W12 engines and tyres are being warmed up on the track by the professionals before we don helmets and hit the tarmac.

“We’ve cracked up the power by 30ps, one of the Bentley engineers tell us trackside. “We still have torque at 900nm but given it more availability. The Bentayga Speed has pipped the Urus and is now the fastest SUV in the world.”

The Bentayga range now encompasses six models (including the Bentayga Hybrid – the world’s first luxury SUV hybrid) with the Bentayga Speed taking pole position and enhancing the Speed heritage that began with the Continental GT back in 2007. 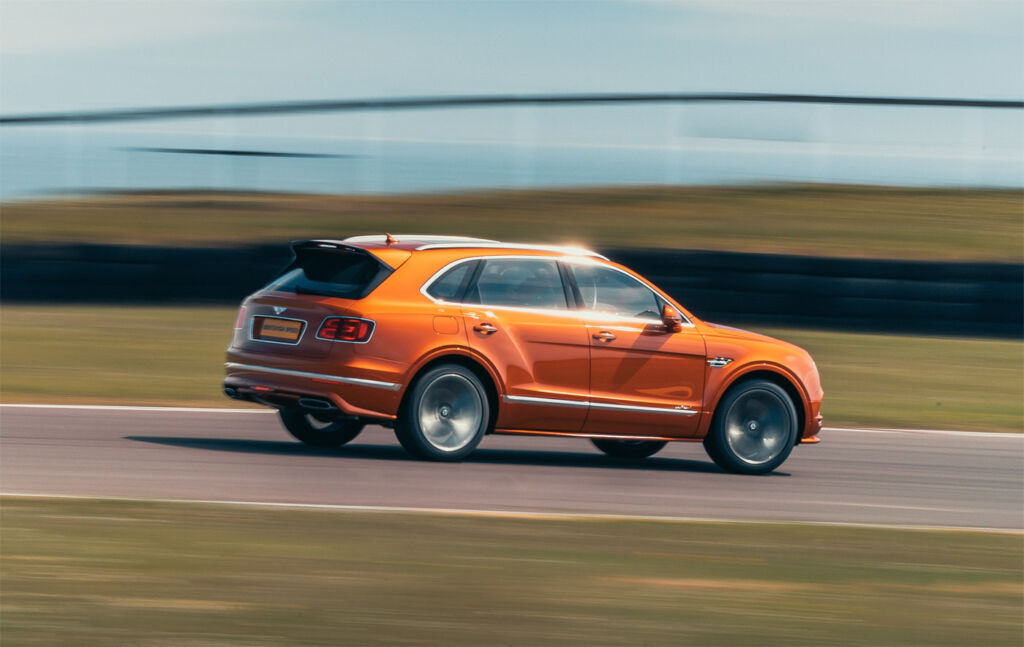 The Bentayga Speed is indeed the world’s fastest SUV with a top speed of 306km/h (190mph). Amazing power considering this beast weighs around 2.5 tonnes. The Speed is an enhanced 635 PS (626 bhp) version and reaches 0-62mph in a stupefying 3.9 seconds – as I discover later – very thankful for my crash helmet. The Speed’s added refinements and oomph make it £40k more than the regular Bentayga V8 – at an OTR price of £182,000. 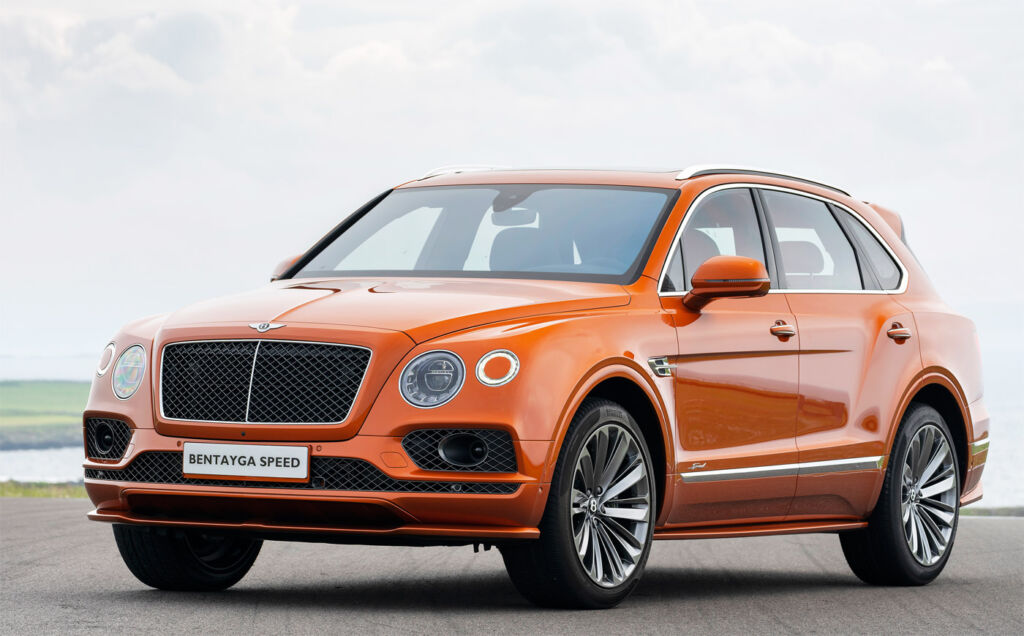