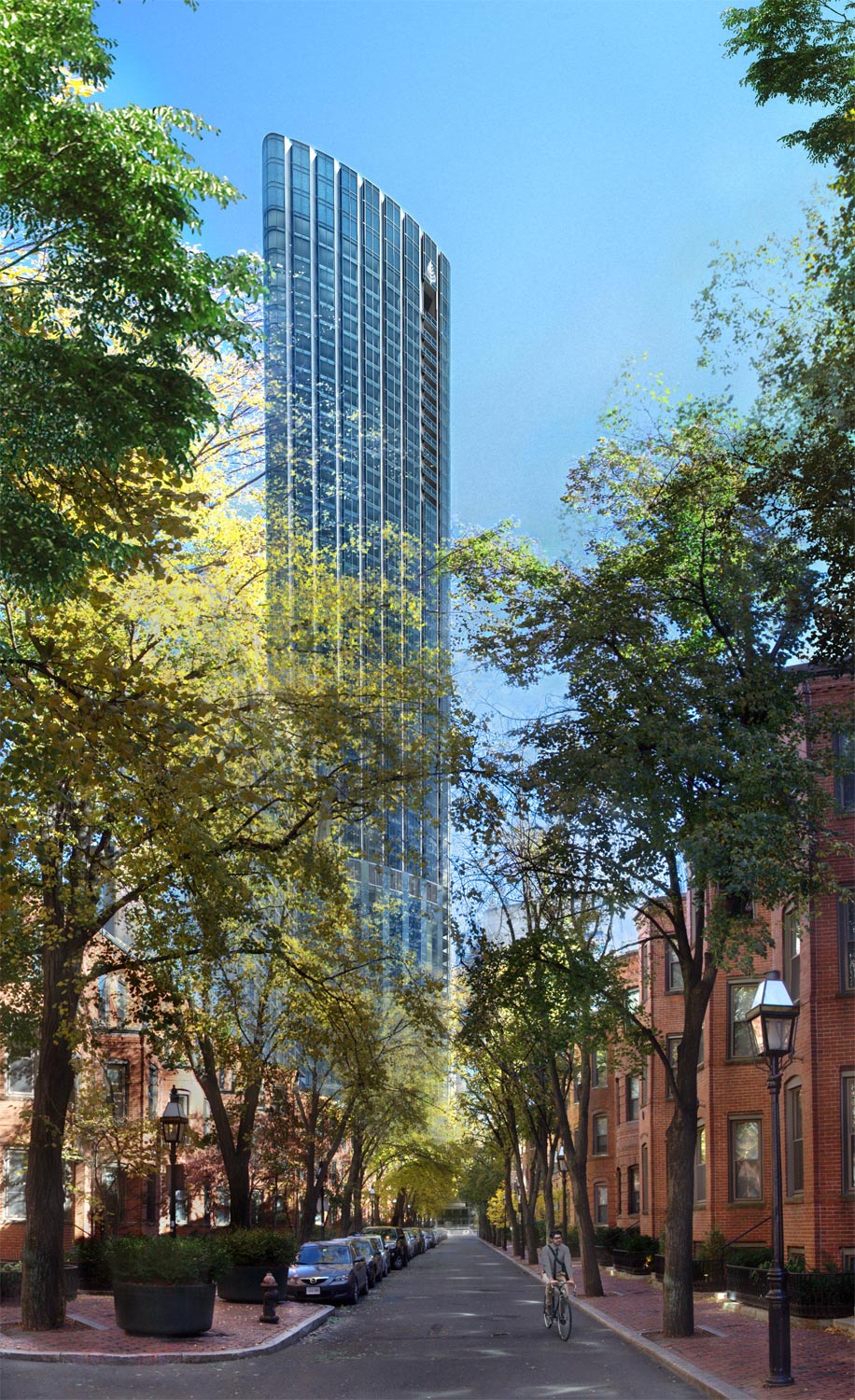 Brought to life by some of the most celebrated visionaries in their fields, the Four Seasons Hotel and Private Residences One Dalton Street, Boston is due for completion in late 2018.

Standing at 742ft, One Dalton will be a towering architectural landmark that redefines luxury, located in one of the world’s most thriving and dynamic cities. This new addition to Boston’s skyscraper skyline will be an exceptional new address for those that value refined luxury and superior living.

Leading developer Carpenter & Company, renowned for their conversion of Boston’s historic Charles Street Jail into the Liberty Hotel, and the Charles Hotel in Cambridge, have collaborated with international design and architectural experts to create a 61-story tower in the heart of Back Bay – Boston’s most prestigious neighbourhood. 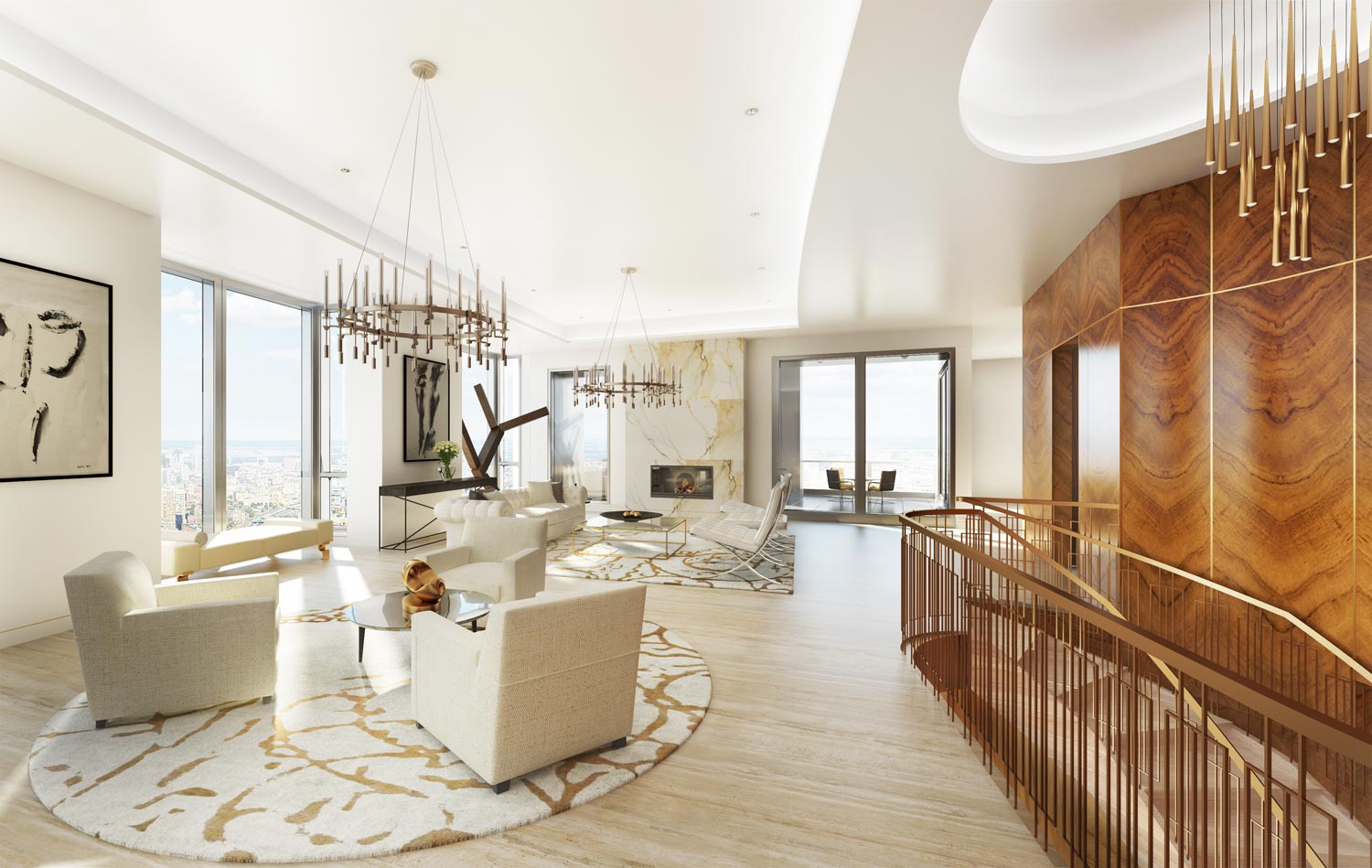 “In addition to its great height – almost matching that of the Prudential and Hancock Towers – a distinguishing feature of One Dalton is its slenderness, befitting its residential occupancy and privileged Back Bay location,” say the developers.

The tower’s small floor plate, with its soft-triangular shape, reflects the unique geometry of the surrounding street pattern while providing ample daylight throughout all the residences. A special amenity is the articulation of the exterior wall to provide operable corner windows offering views in two directions from every room. 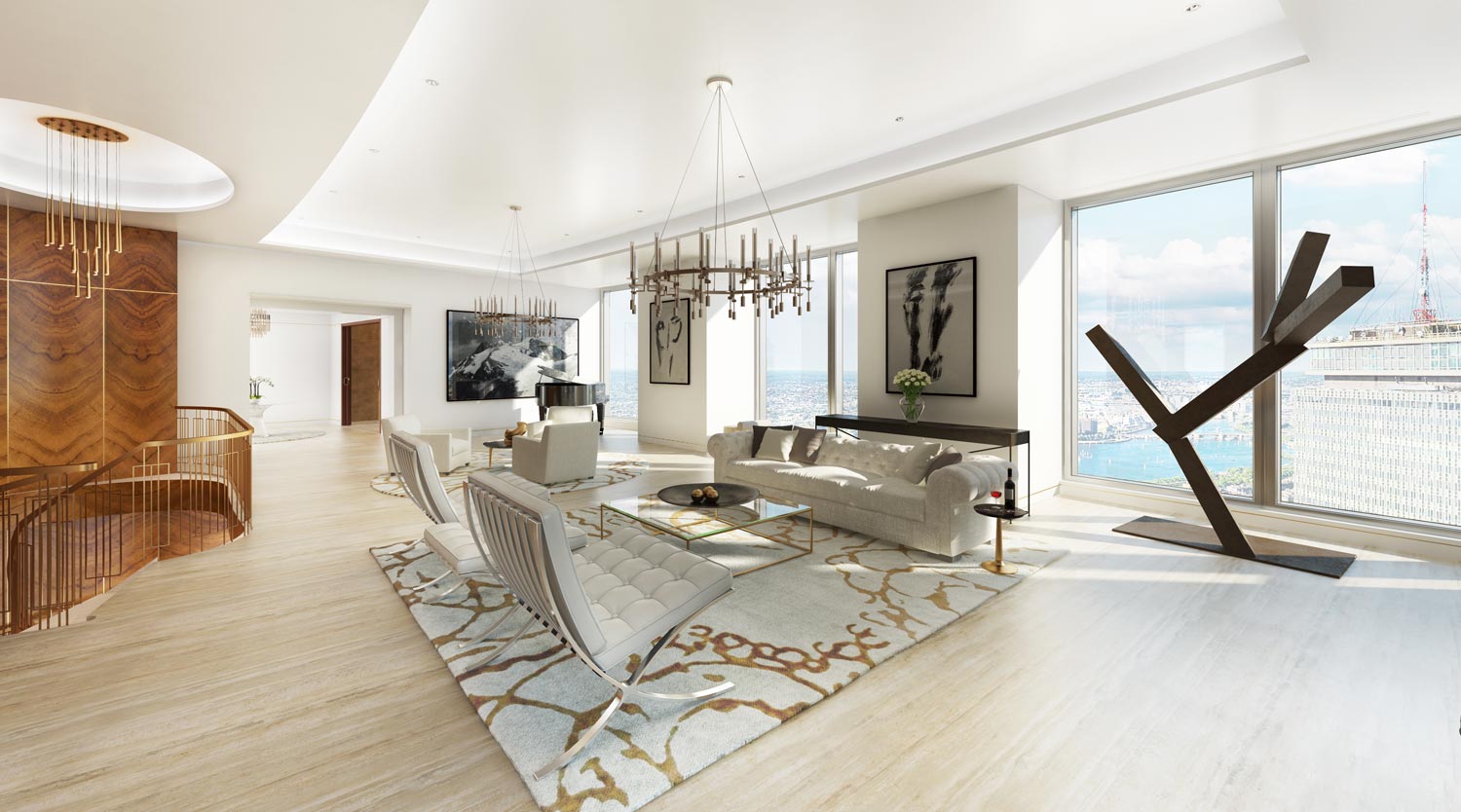 Designed to respect and relate to its historic setting in Back Bay, attention to detail is evident throughout One Dalton. The building gracefully rises from a 67-foot granite and glass podium, with granite sourced locally from New England to blend with the surrounding neighbourhood. Bay-style windows are a nod to the classic Back Bay townhouses and have been adapted with recessed incisions that articulate the building’s volume.

Landscape architect Michael Van Valkenburgh, known for his work on the Brooklyn Bridge Park and Hudson River Park, has designed a 5,000sqft urban park, which will seamlessly integrate the building with the Back Bay area. All major entrances face towards the beautifully landscaped space, thus providing an exclusive and private precinct for residents.

Privacy is paramount in the design of One Dalton, from the inclusion of separate entrances for hotel guests and residents to the private residential lobby. Privacy is further achieved through the clever placement of elevators, eliminating the need for corridors on the residential floors. Each residence has either direct elevator access or just one adjacent neighbour. 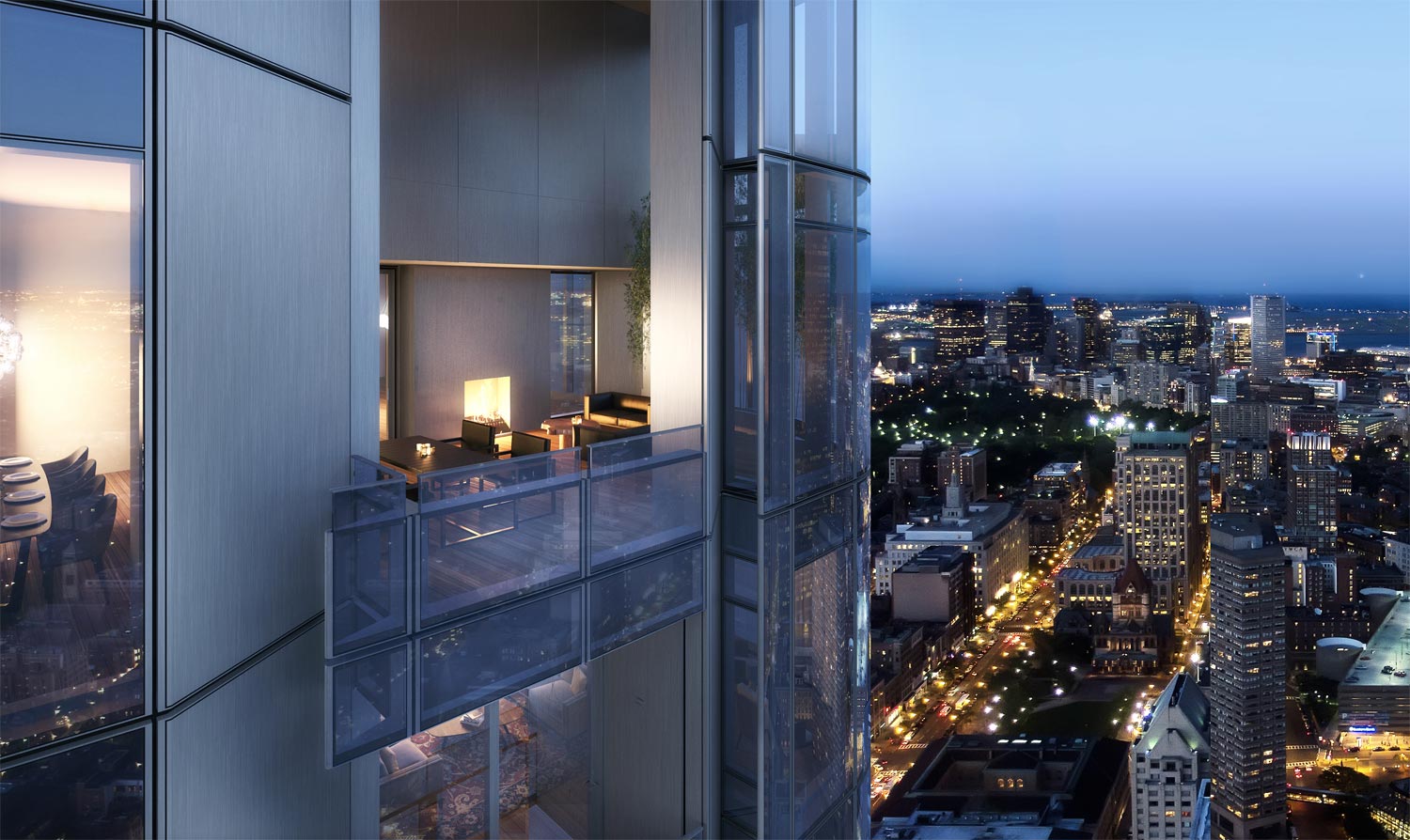 Sheathed in glass, One Dalton Street will be the only building in Boston to provide residents with panoramic views of the city, the Charles River and Boston Harbor. The glass was shipped from California to Barcelona for a special UV coating application to minimise internal reflections and increase energy efficiency.

The building also boasts an array of engineering feats to ensure that despite the height, there is no excessive movement during high winds. The roof of One Dalton is home to a state-of-the-art wind dampening system, while the buildings’ foundations extend 165 feet below the Earth’s surface, anchored to the bedrock. 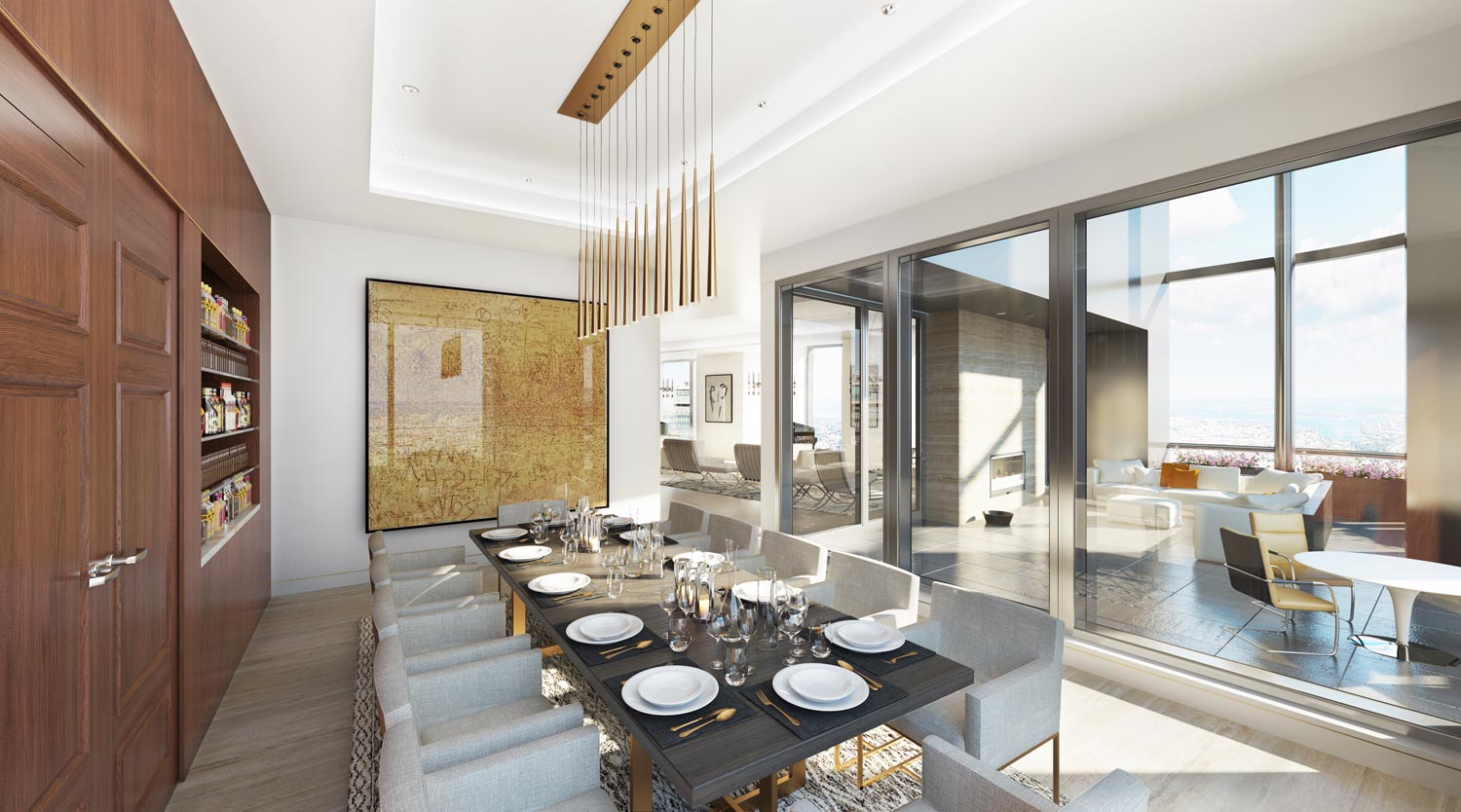 Currently operating over 101 properties in 42 countries, and with more than 50 projects under development, Four Seasons continues to lead the hospitality industry. www.fourseasons.com

Carpenter & Company has played a leading role in multiple development projects since 1898. These include the conversion of Boston’s historic Charles Street Jail into the luxury Liberty Hotel, the Logan Airport Hilton, and the development of Charles Square. www.carpenterandcompanyinc.com