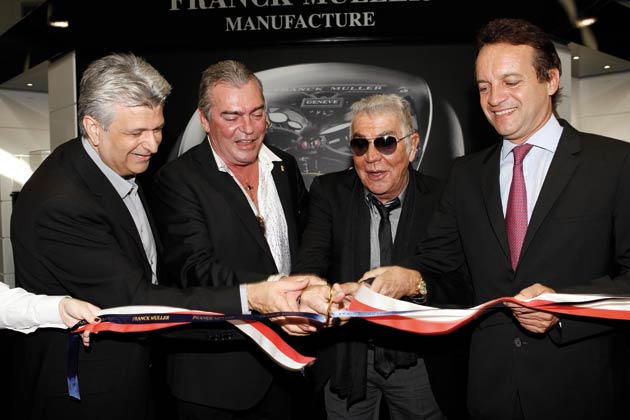 The Franck Muller group and its ten brands revealed their creations at the highly illustrious Forum Grimaldi in Monaco, inviting as many clients as partners to the event.

In a world première, the Franck Muller brand launched its “Tourbillon Thunderbolt” which is the fastest ever to be created. With a rotation every five seconds, its revolution is 12 times faster than other tourbillon complications on the market. Famous Italian couturier, Roberto Cavalli, with whom watchmaking genius, Franck Muller, has entered into a partnership, also attended the event. 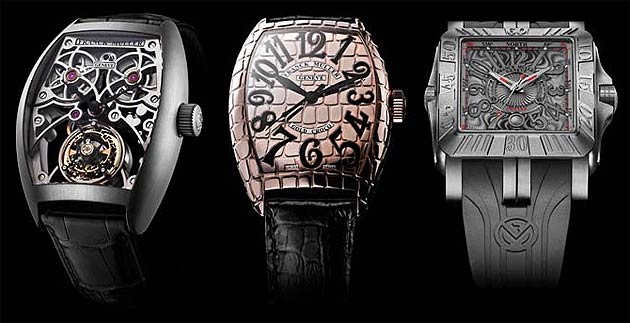 This partnership has given rise to the all new “Roberto Cavalli by Franck Muller” collection. An array of innovations was presented during these three days of festivities, delighting more than 1,200 guests. 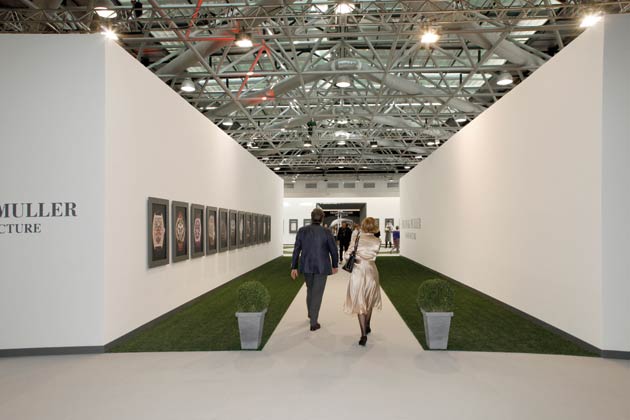 Three days of celebrations were attended by more than 1,200 guests who were introduced to breath-taking creations. Not to mention a sneak preview announcement of the partnership between Franck Muller and Roberto Cavalli and the launch of the first watch collection born of the “Roberto Cavalli by Franck Muller” synergy. A place of honour was reserved for the magic collections of the brand’s partner, Cvstos.

The curtain was raised on the brand’s most recent creation, the “Tourbillon Thunderbolt” – with which the Group’s flagship brand reinterprets one of the most extreme watchmaking mechanisms. The tourbillon, the fastest ever created, completes a rotation every five seconds, instead of the 60 seconds counted by traditional tourbillons made by Swiss Manufactures. This is a timepiece associated with a “thunderbolt” tourbillon that is as technical as it is spectacular. Parallel to this, an array of innovations was also presented, including the “Gold Croco”, the “GPG Conquistador Cortez”, as well as a range of new calibres made by the house, and a whole host of original watch and jewellery collections stemming from the expertise of the Group’s various brands. 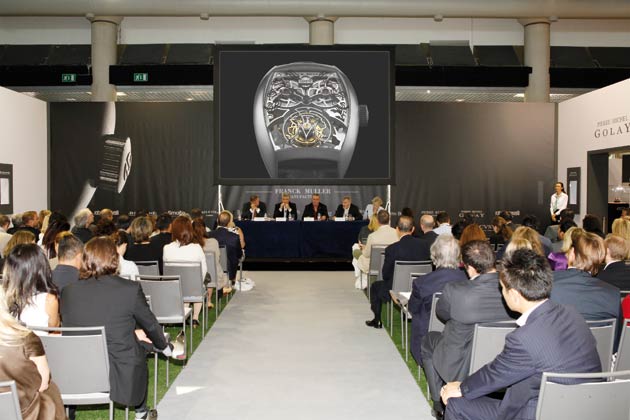 Legendary watches, legendary evenings … the Franck Muller Group likes to celebrate this Monaco get-together in as classy and generous manner as possible to ensure that its guests have a great time. The 2012 vintage was no exception to the House’s values with two unforgettable evenings on the programme. The first was a relaxed, summery event on the Meridian Hotel beach. This was a true “Beach Party” alongside the shimmering waters of the Côte d’Azur, where guests surrounded by fires and torches enjoyed gourmet dishes, danced to the sound of the Gypsy Kings and appreciated the talent of a London-based paper-cutting artist who gave an exceptional performance.

For its gala evening, Franck Muller took over the illustrious Empire Room at the Hôtel de Paris in Monte Carlo, and as usual called on well-known stars to provide entertainment for this reception, attended by 500 hand-picked guests. Guests were enthralled by the skill of virtuoso pianist, Hayk Melikyan, as well as Dani Lary’s amazing stunts with his 360° “flying piano” and a laser show put on by the Lumina violonists from London. 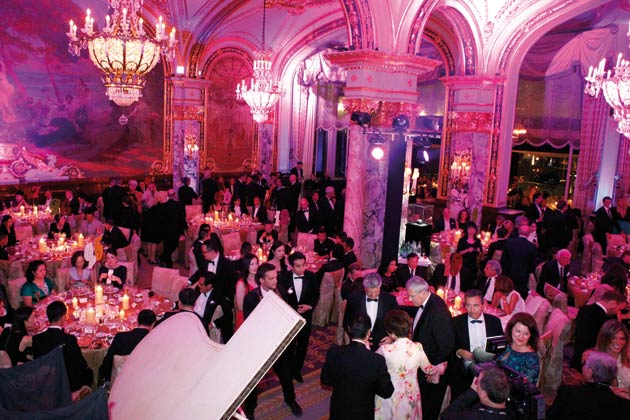 The occasion was a success both from an event and a commercial perspective, which confirmed the privileged position of the Franck Muller Group brands in the world of Fine Watchmaking and High Jewellery.