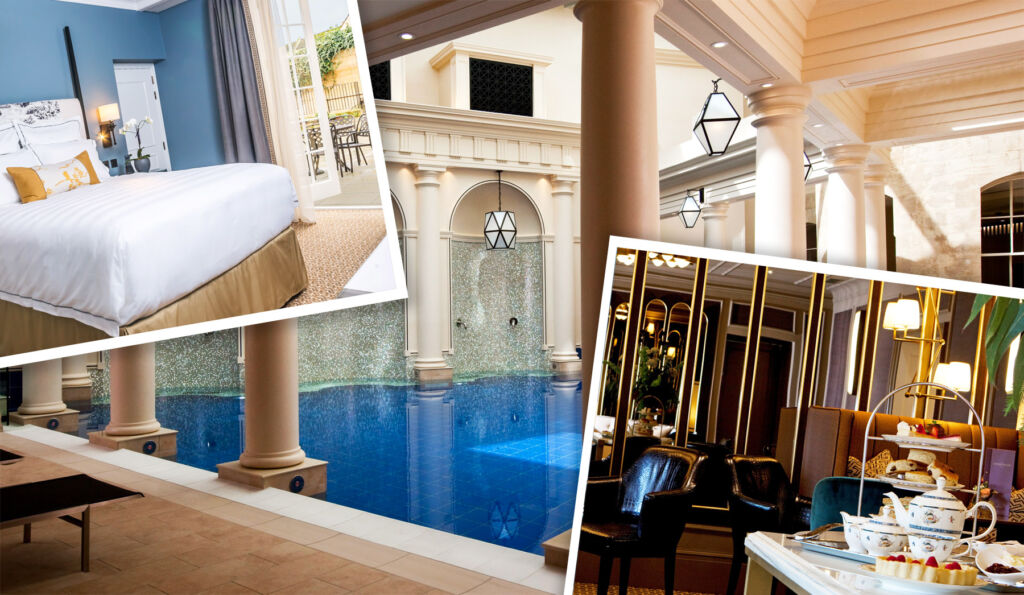 Set in the heart of Bath in Wiltshire, the five-star Gainsborough Bath Spa is the only hotel in the UK with access to naturally-heated thermal mineral-rich waters within its Spa Village.

The property is well documented for its enviable privilege, but it’s fast becoming well-known for its gastronomy. The Dan Moon restaurant, which has been named after the chef, has been awarded three AA Rosettes, claiming its place as one of the finest places to dine in England. Luxurious Magazine’s Senior Reporter, Sabi Phagura, went along to sample the delights.

Since Dan Moon joined The Gainsborough Bath Spa, he’s been causing quite a stir. Born in London, but trained in Devon, Dan has been making a name for himself in the culinary world ever since he started working in kitchens aged 14. From washing dishes at a local restaurant in Exmouth, he soon developed a passion for cooking. He rapidly climbed up the ladder to become Head Chef of Hunsrete House near Bath 17 years ago. His unstoppable energy and drive earned him numerous accolades including three AA Rosettes and a Bath Life Award.

Today, Dan has helped turn the restaurant at The Gainsborough Bath Spa into one of the most popular dining places in the city. His cuisine can be described as classic flavours with a modern British and European twist and he has no qualms in pushing boundaries.

He elevates the dishes and turns them into good punchy flavours, and being a supporter of local farmers, he incorporates as much local produce where possible. Dan loves pioneering techniques and often uses blossoms and edible flowers in his food. Wanting to sample a ‘bit of everything’, my guest Susie and I decided upon the seven-course tasting menu (costing £80 per person), a popular option with the majority of the diners.

Before kicking off, we were duly brought warm bread rolls with not one, but three flavoured kinds of butter – salted, olive and salmon infused. What a way to start! The showcase then began with chicken tea with textures of garlic, and smoked chicken breast. Hands down, we both said it was one of the best amuse-bouches we’d ever had. This was followed by the tomato soup with black olives, goat’s curd and basil. I’m not a big fan of goat’s curd, but the starter was delicious. The next course of cured fillet of beef with fennel, dill butter and anise blossom went down well with Susie, but I decided to swap this course for a vegetarian option of red quinoa and apple with edible flowers. It was definitely the right choice, as I devoured it as soon as the elegant dish was put in front of me. 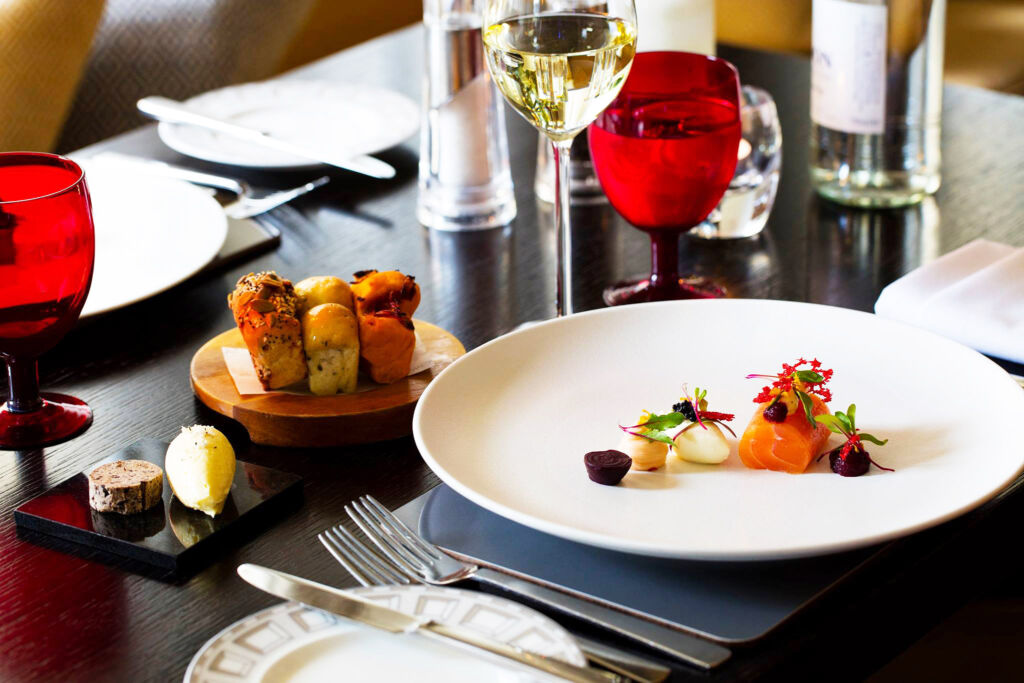 The menu continued to get better as the sautéed scallops and roast Creedy Carver duck arrived next. These were both winners in my book, especially the bed of crab risotto on which the scallop came, and the confit spring roll which accompanied the duck. And the presentation of the dishes was next to none – almost too good to eat.

Of the two sweet dishes that rounded off the meal, the lemon cheesecake was the one that won in my opinion. The homemade lemon butter had the right amount of tang to complement the refreshing nutmeg sorbet. Chocolate lover Susie was only too happy to tuck into the dark chocolate tart with raspberries, pistachio and vanilla. The plates were polished clean pronto. 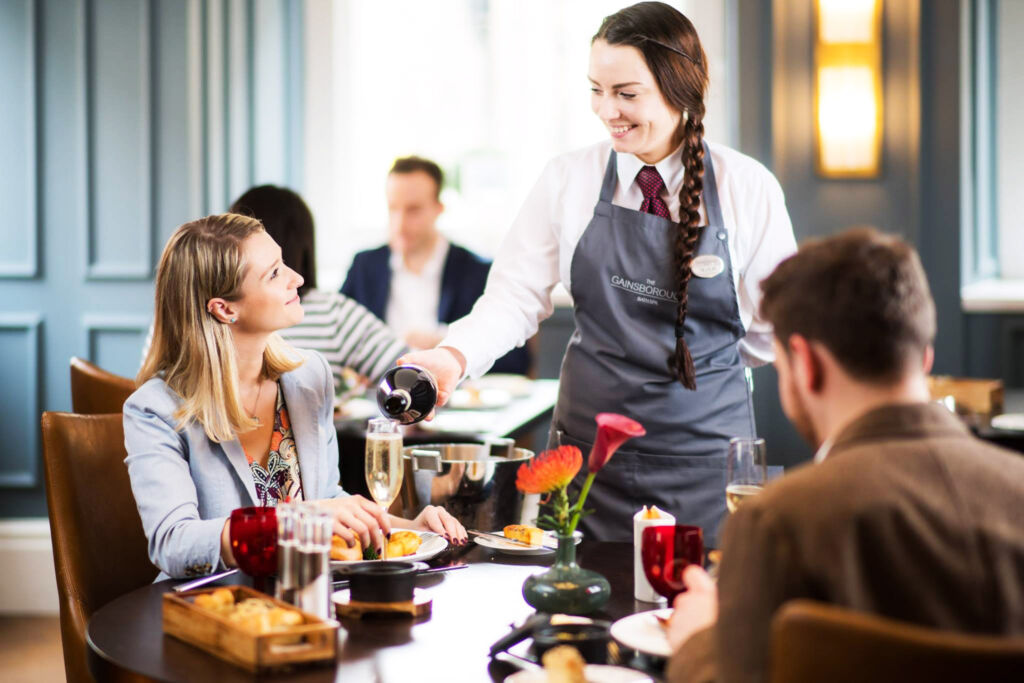 The tasting menu can be enjoyed with the optional wine flight for an extra £50, but we decided to have an after-dinner drink in the intimate Gainsborough Bar. Gin-lovers can enjoy a range of speciality gin and tonics from the artisan menu of over 50 gins.

Bartender Josh was quick to point out that there they also had a non-alcoholic gin for us to enjoy, and was just as happy to whip up a mocktail for us. Neither one of us felt like we missed out on the real deal such was the flavours in the non-alcoholic Seedlip drink which mimics gin.