Online Editor, Simon Wittenberg, heads to London’s Piccadilly for a spot of Saturday lunch at the Galvin At The Athenaeum Hotel.

The elegant and contemporary 110-seater restaurant in Mayfair is one of five Galvin outlets in the Capital, including the most recent addition at the new Tottenham Hotspur stadium.

It opened its doors in 2016 as part of a refurbishment of The Athenaeum’s lobby and downstairs areas. This means that the ground floor is dominated by various spaces to eat and drink, with the actual reception desk playing quite a discreet role.

The light and airy Galvin eatery serve breakfast, lunch and dinner, whilst also providing room service around the clock to guests. In fact, when it launched, it was the first time that the Michelin-starred brothers, Chris and Jeff, took over the responsibility of supplying food to visitors at a hotel no matter what the time of day. 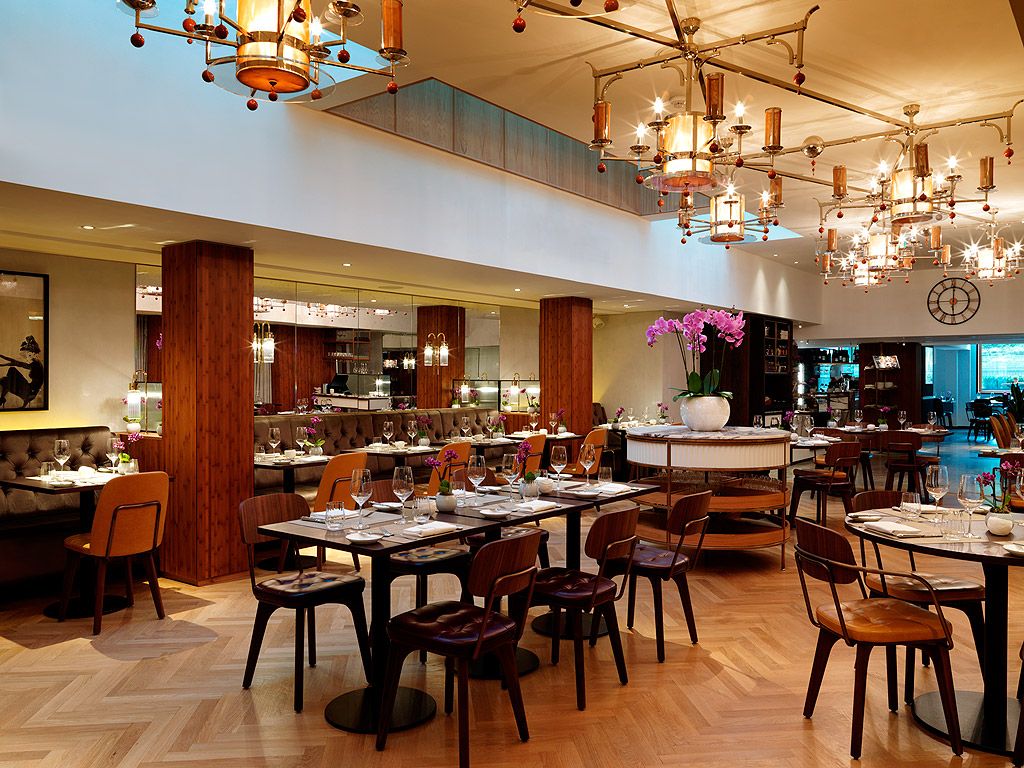 At The Athenaeum, there has been a move away from Galvin’s trademark French-inspired menus, to instead, champion home-grown British produce. There are two options for lunch, which are namely the set menu costing £25 for two courses, and £29.50 for three, and the à la carte, where visitors have more of a free reign according to their individual preferences. 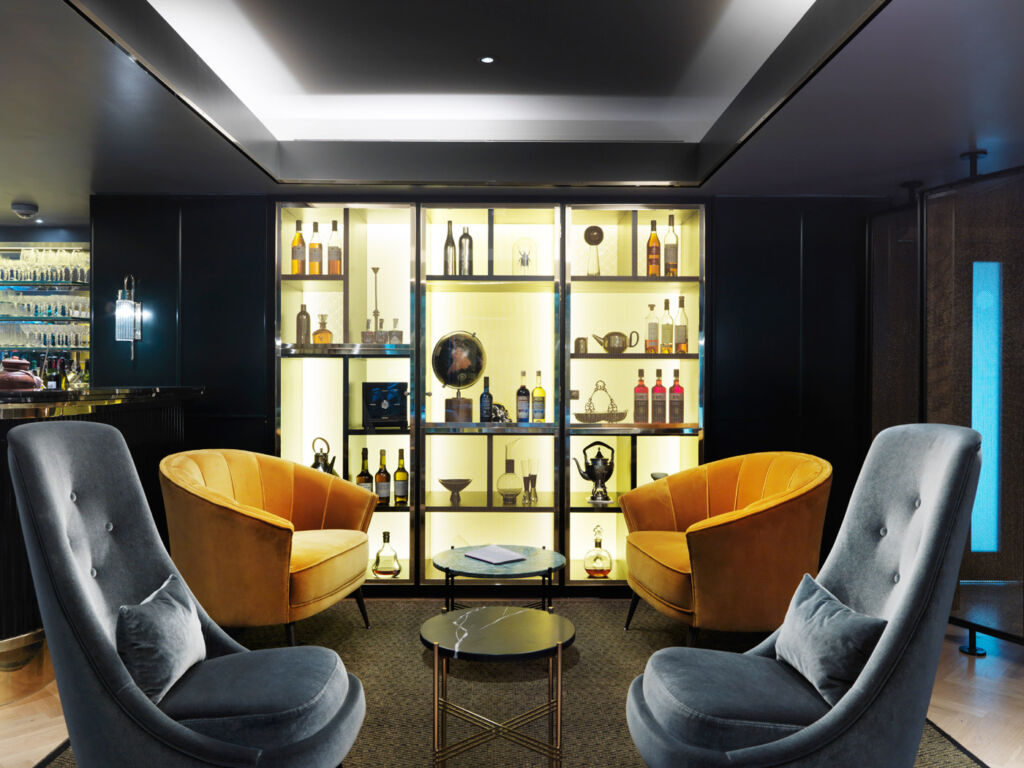 “To Begin”, we opted for a couple of brilliantly prepared non-alcoholic “Passionata” passion fruit-based cocktails costing £7 each (as an alternative to one of the many wines on offer), which were joined by some deliciously crispy artisan baguette with olive oil and balsamic vinegar (£3.50), as well as a small bowl of large green Manzanilla olives in Hill Farm rapeseed oil (£4.50).

There are various choices for the starter, spanning chargrilled vegetables and Cornish sardines, to Isle of Wight tomatoes with cottage cheese, and Neal’s Yard sheep’s yoghurt. I had Galvin’s cured smoked salmon (£12.50), which came with a deconstructed and shredded hard-boiled egg, in addition to tangy pickled beetroot and a helping of sour cream garnished with caviar. 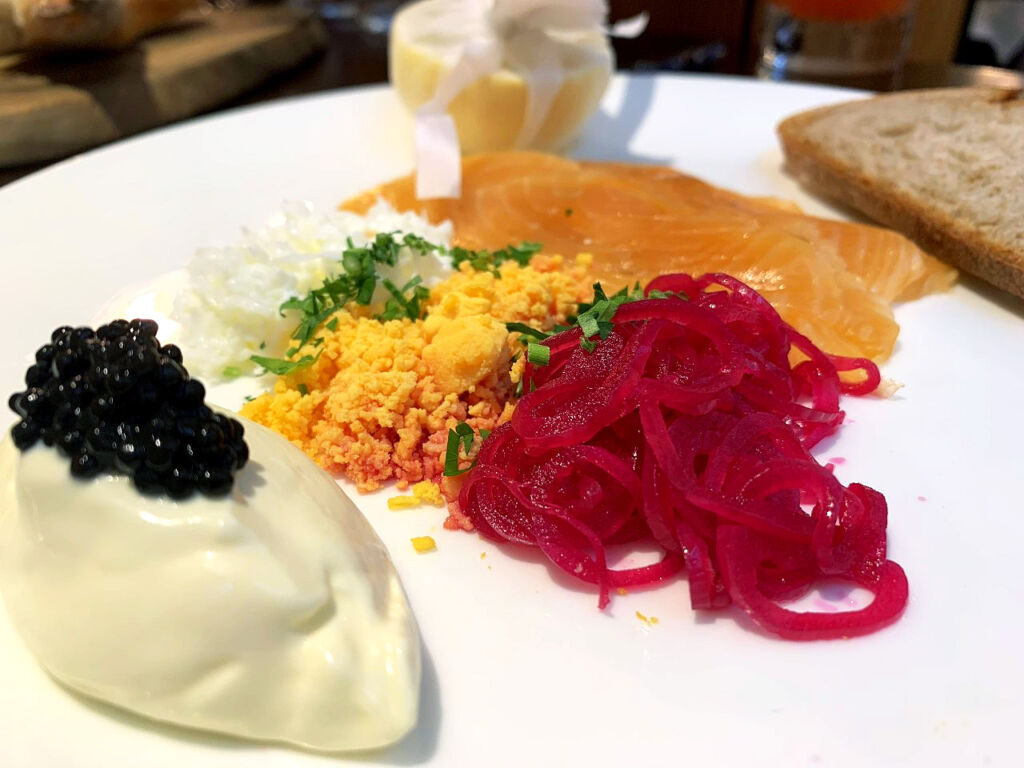 It was a superb opening course, and you could see stylistic elements from the now-defunct Galvin Bistro de Luxe that had been translated into this dish. 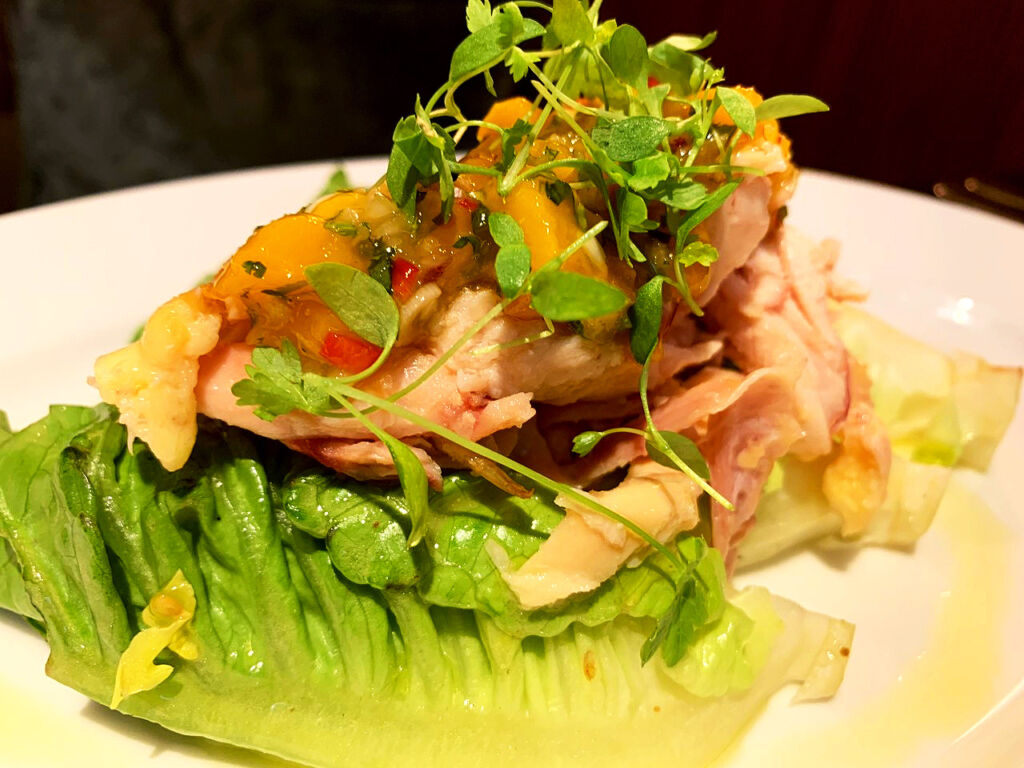 My other half, tucked into the soft beech-smoked chicken salad (£7.50), which sat on a bed of lettuce and was topped with a mango and coriander dressing. It was an acquired taste as the meat came off the leg of the chicken, but was enjoyed nonetheless.