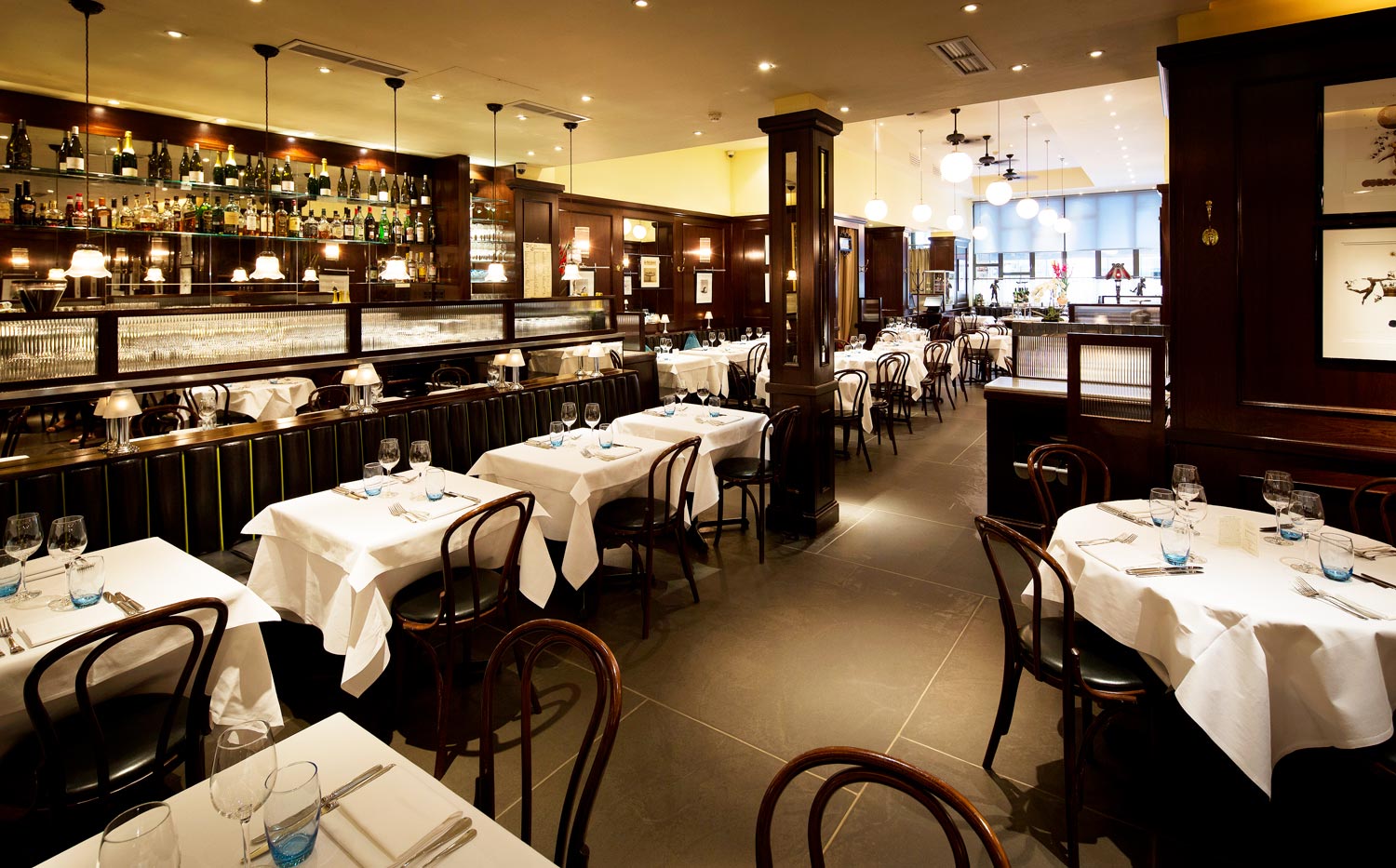 We’d previously sampled the culinary talents of Galvin at Windows, whilst fellow writer, Sabi Phagura, has had the pleasure of dining at Galvin at The Athenaeum hotel in Piccadilly. As a team, we, therefore, know that they set the bar high when it comes to what’s on the table.

Opened in 2005 on Baker Street, the award-winning Galvin Bistrot de Luxe is where the Galvin success story started, and there is now a comprehensive portfolio of eateries which stretch as far as Dubai. 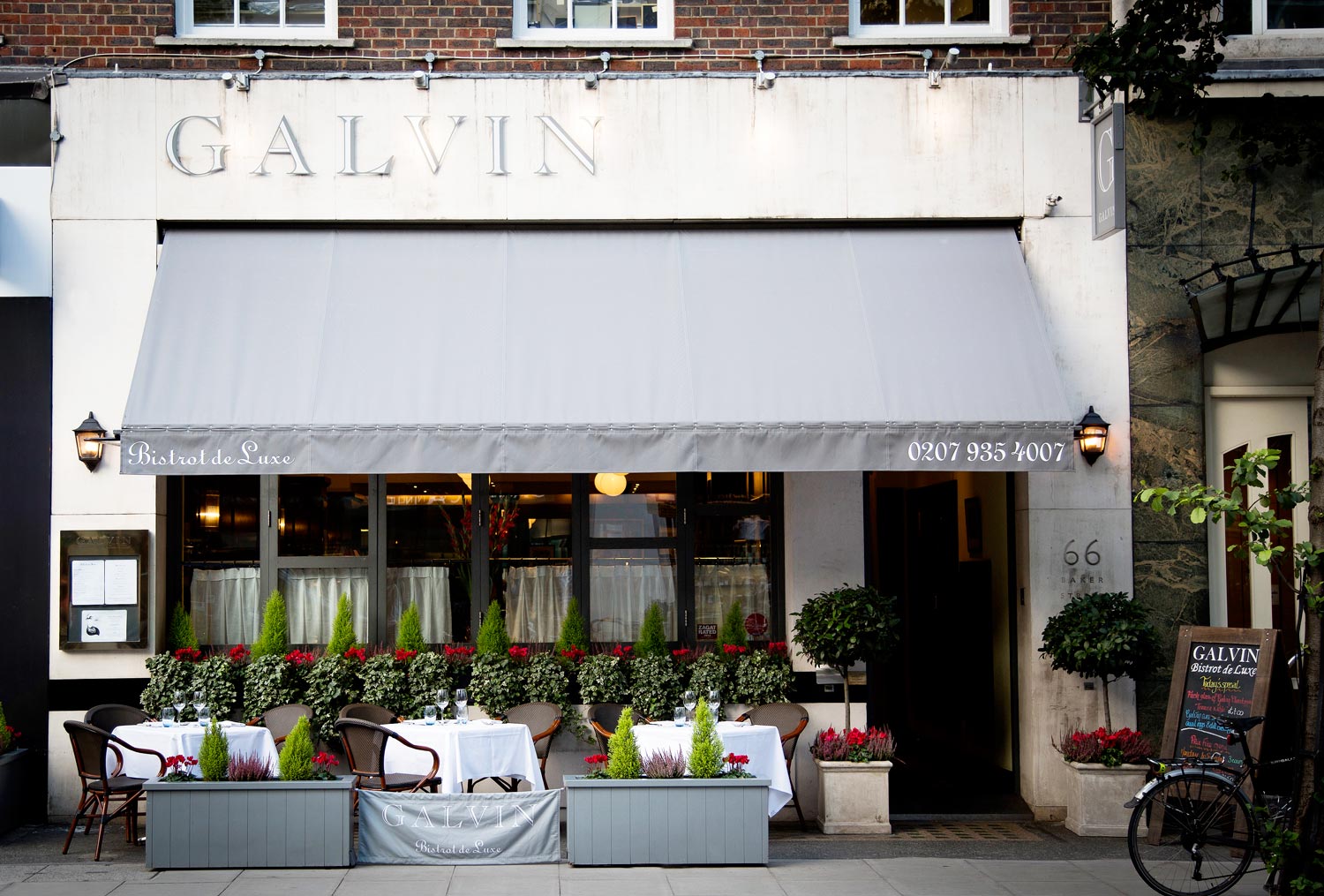 Galvin Bistro de Luxe is quite unassuming from the roadside, and after entering the small lobby, you are greeted with very French surroundings made up of globe lighting, colourful artwork, comfortable banquette seating and wooden “Thonet-style” Bentwood chairs. This is all reminiscent of what you would typically find in a contemporary Paris Bistrot. 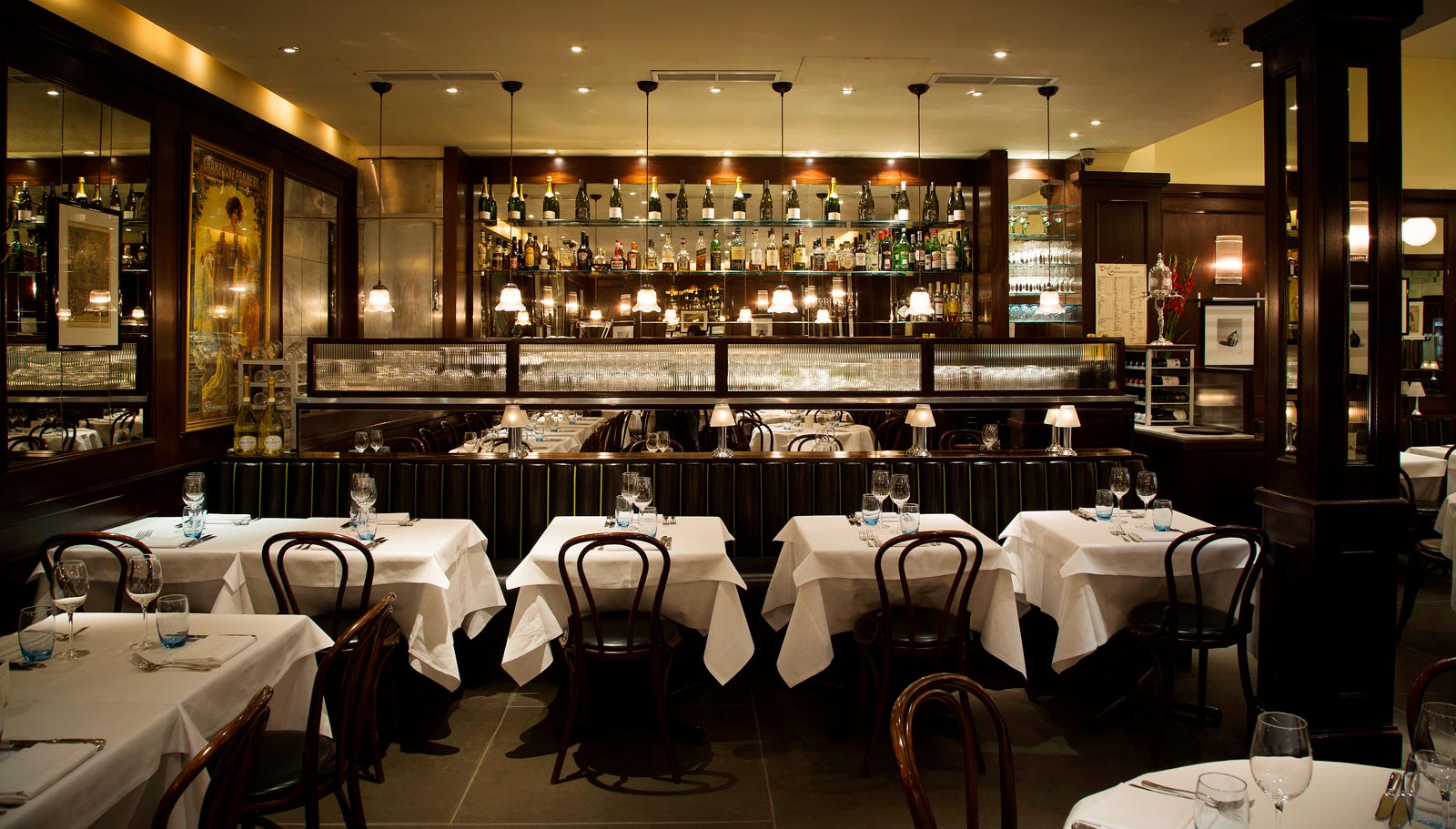 Galvin Bistrot de Luxe holds around 106 people at a time (including the private dining room – the “Le Salon Prive”), and from what we saw on a Wednesday night, it seems to attract the older generation that you would probably see mixing with Sherlock Holmes if he were around. 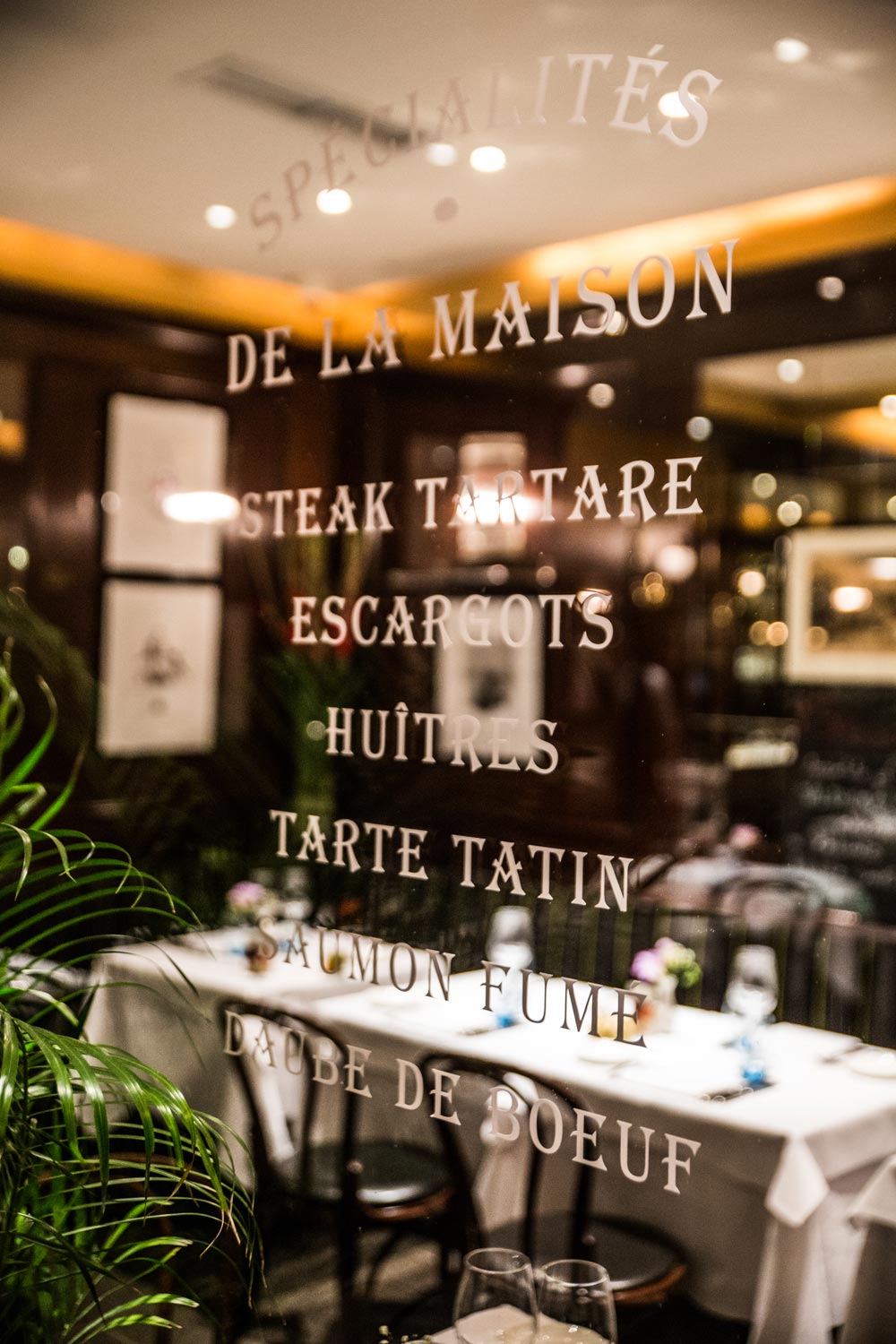 On the important point of food, there is a set menu (called Prix Fixe), and the à la carte, which changes on a regular basis. In addition, there is a good-sized wine list, and the sommelier can happily recommend any suitable pairings.

We were greeted on our arrival by a couple of glasses of Galvin’s in-house champagne and some cheese canapés as we sat down, as well as a couple of slices of crusty white bread (which proceeded to be topped up). Our host, Sophia, then kindly guided us through the menu and was very obliging about our dietary requirements, doing all she could with the help of the chefs to make sure that we didn’t miss out on Galvin’s exquisite flavours.

To start, I selected the silky smooth Galvin cured smoked salmon (£14.50), which came with some finely grated egg white and yolk, mini capers, pickled onion and a dash of cream cheese. Although I wasn’t a great fan of the egg, it did work well with the other ingredients on the plate, and it proved to be an impressive opening chapter.

Served at the table from a glass bowl, the waitress carefully placed the endive salad leaves (£9), garnished with finely sliced pieces of poached Williams pear and some crunchy caramelised walnuts, on my wife’s plate. This was so as to not disturb any elements of the dish that had been meticulously prepared by the kitchen. 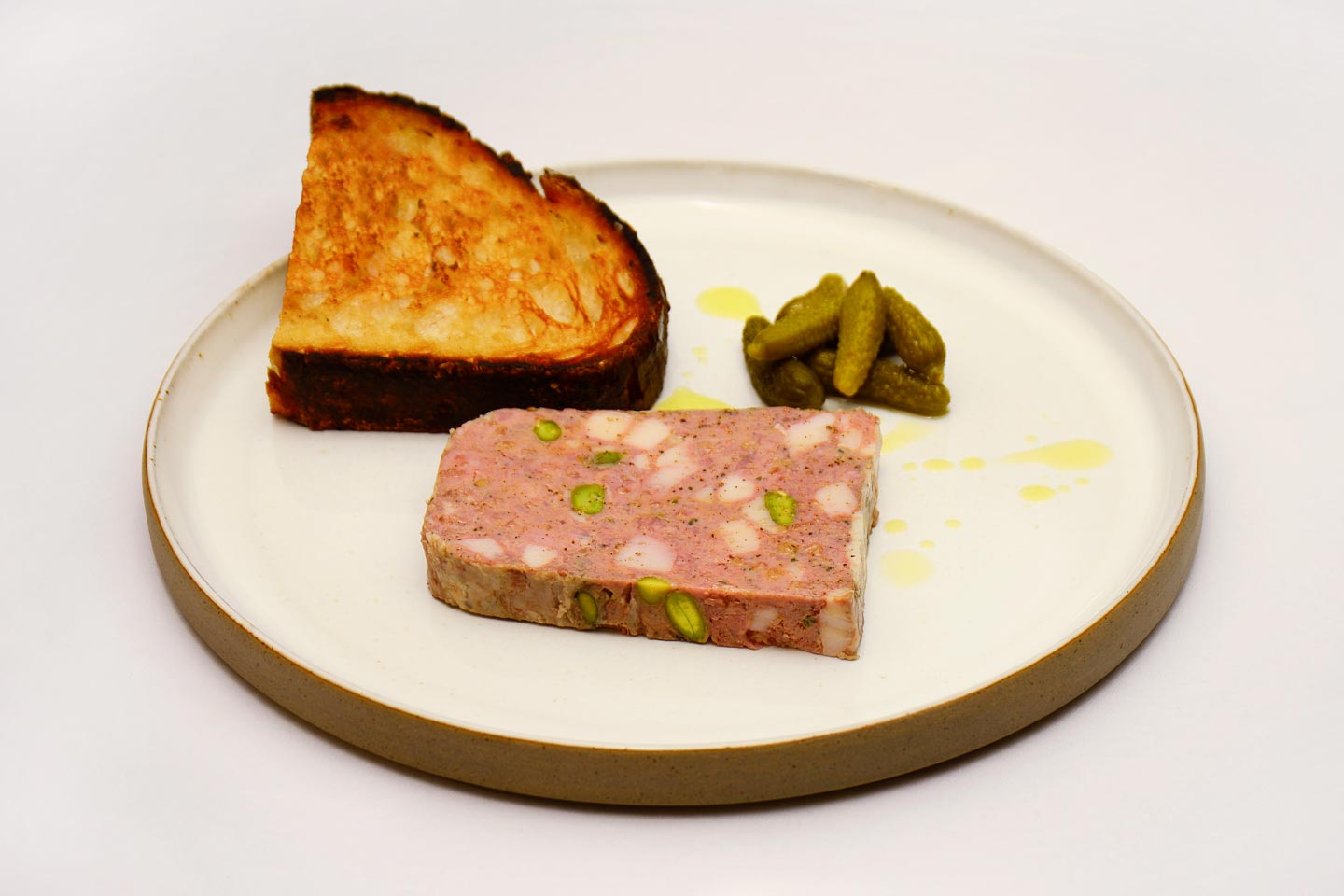 There were plenty of these bowls coming out on the night, so it did seem as if it was one of the more popular hors-d’oeuvres.