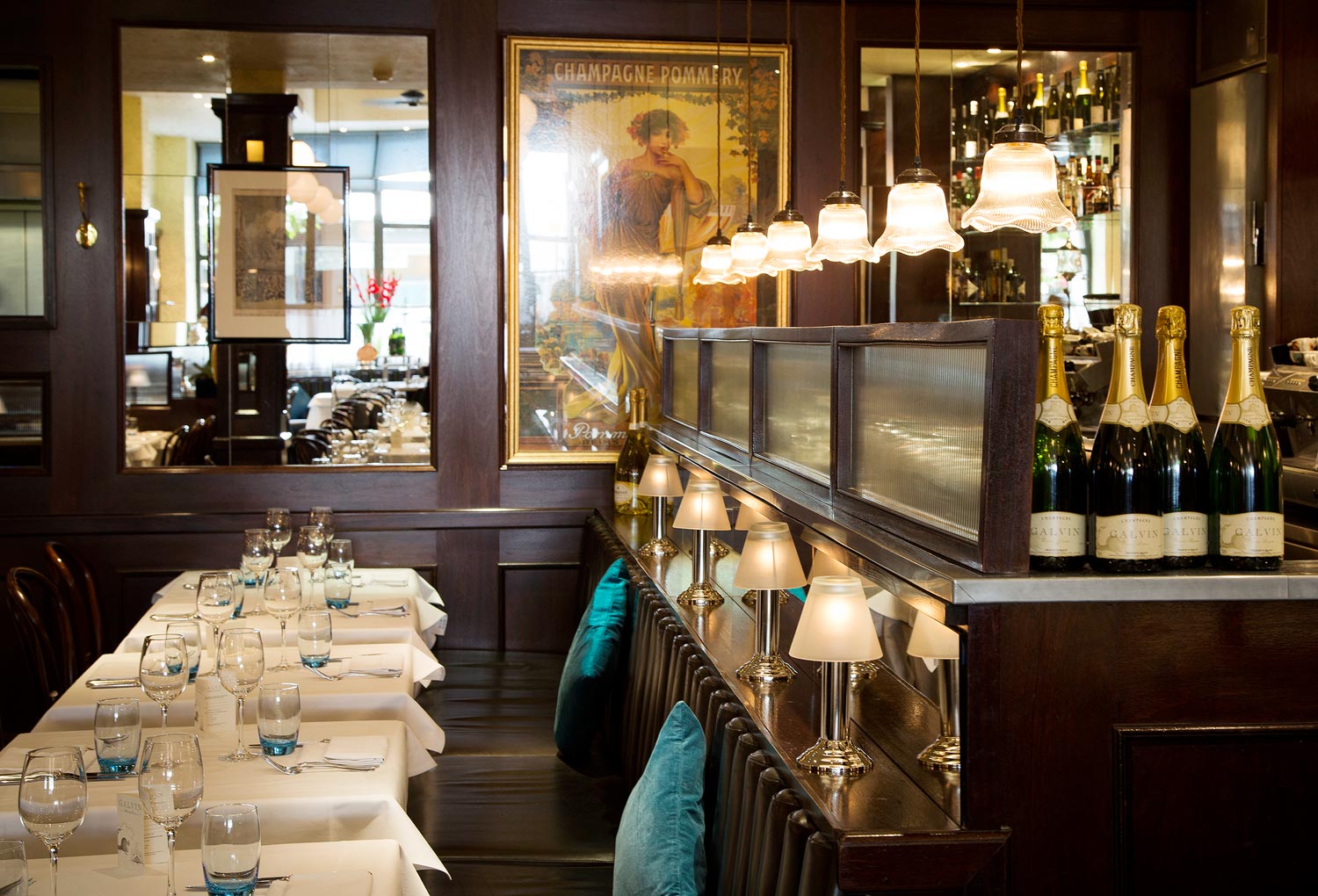 After a half-hour break (to make it a leisurely paced meal), and of course, a bit more bread (it was that nice), it was time for the mains. Being a regular fish eater, I headed for the delightful Cornish lemon sole (£25.50), which was topped with some crispy croutons, samphire, cucumber cubes and a few morsels of fresh lemon for that added citrus kick.

Fish of this kind is often served with some butter, a few herbs and some lemon, so is quite plain, and therefore it was nice to see a restaurant break away from the norm and combine it with a generous portion sauce of jus Parisienne. 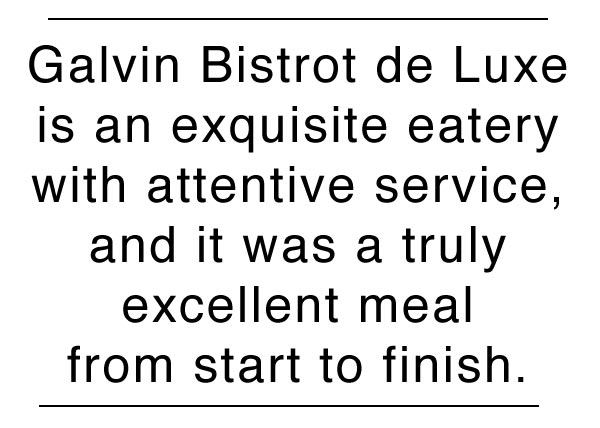 This had to be one of the best fish dishes I have ever tasted, and it was devoured at pace. It was a dish where you could easily have had another. Each priced at an extra £4, there are a few sides on offer, namely sumptuously creamy pomme purée (which I went for), buttered green beans, garden salad, ratte potatoes and braised red cabbage.

For the main course, my guest sampled the tender and beautifully cooked 10oz beef entrecote (£27.50) which arrived on an elegant Galvin-branded plate. Topped with a subtle layer of caramelised onions, it came with a potato stack and some green beans so was more than adequate as a dish on its own. There was nothing left on her plate either, so both choices had been a true success. 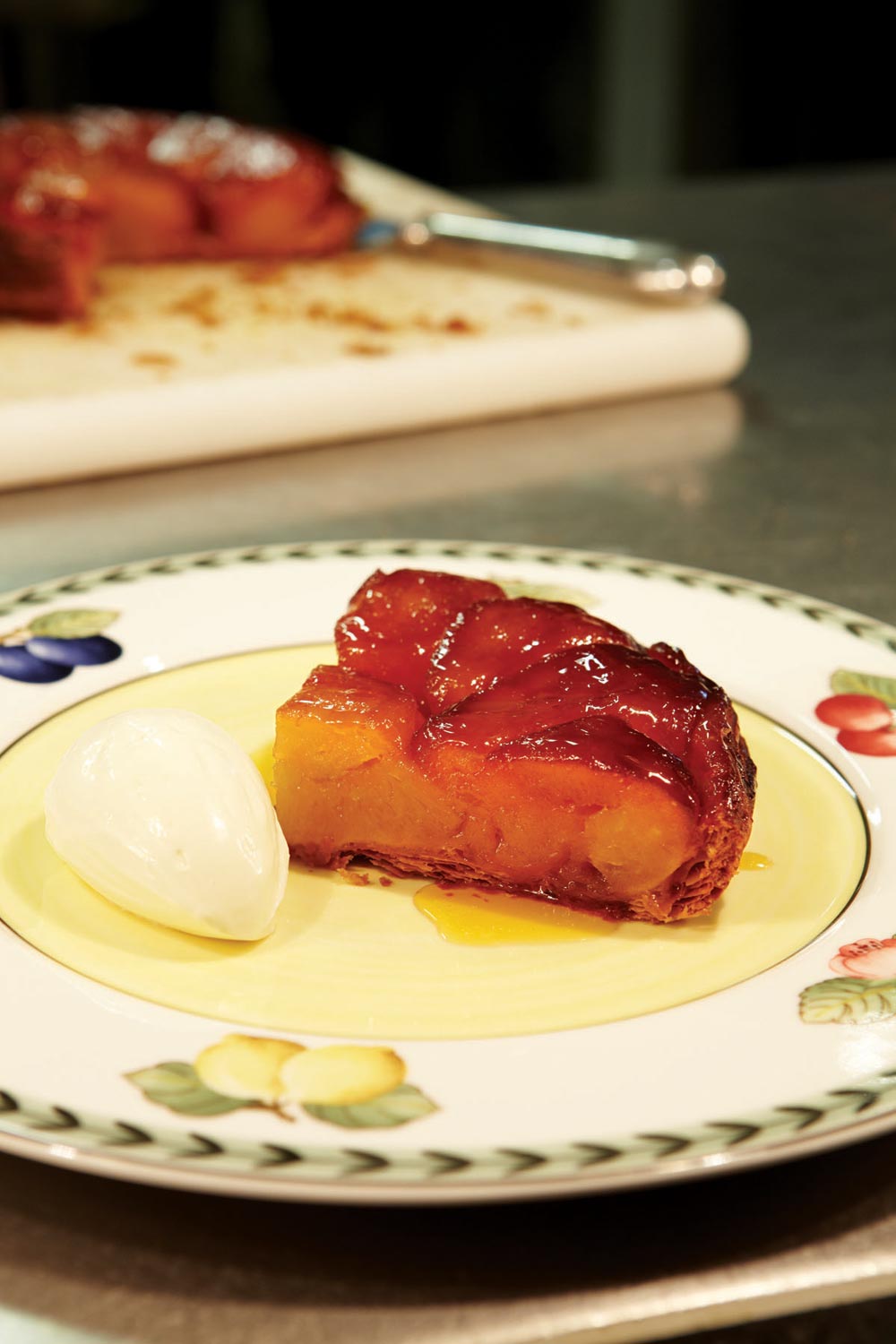 Nearing the end of our meal, my stomach was on the verge of being full, but there was a bit of space left to accommodate a third course, even if I was defeated in the end. I was torn between the apple tarte Tatin and the rum baba (£9) with Chantilly cream, but since it had been a few years since I had savoured the latter, it was the baba that comfortably won. It was similar in shape and consistency to a soufflé and very soft to touch with a sponge-like middle. Sophia poured the rum on to the dessert, and there was a very strong kick, as the rum baba soaked up the alcohol.

My other half tried the freshly-made plum and blueberry sorbet before enjoying some mint tea. As if we hadn’t had enough to eat, we were given some small peach petits fours which set us up nicely for our journey home.

For those that don’t have a sweet tooth, diners can finish with an “Assiette de Fromage”, a cheese platter with spiced pineapple chutney and oatcakes (costing £12.50). The dome on a trolley containing the different types of cheeses had been staring at me all evening, but I duly resisted temptation.

To sum up this wonderful eatery, Galvin Bistrot de Luxe is an exquisite eatery with attentive service, and it was a truly excellent meal from start to finish. The Galvin brothers have pulled off a marvellous feat of culinary excellence, and it would draw compliments far and wide from those who live on the other side of the Channel.

Galvin Bistrot de Luxe – Where and How? 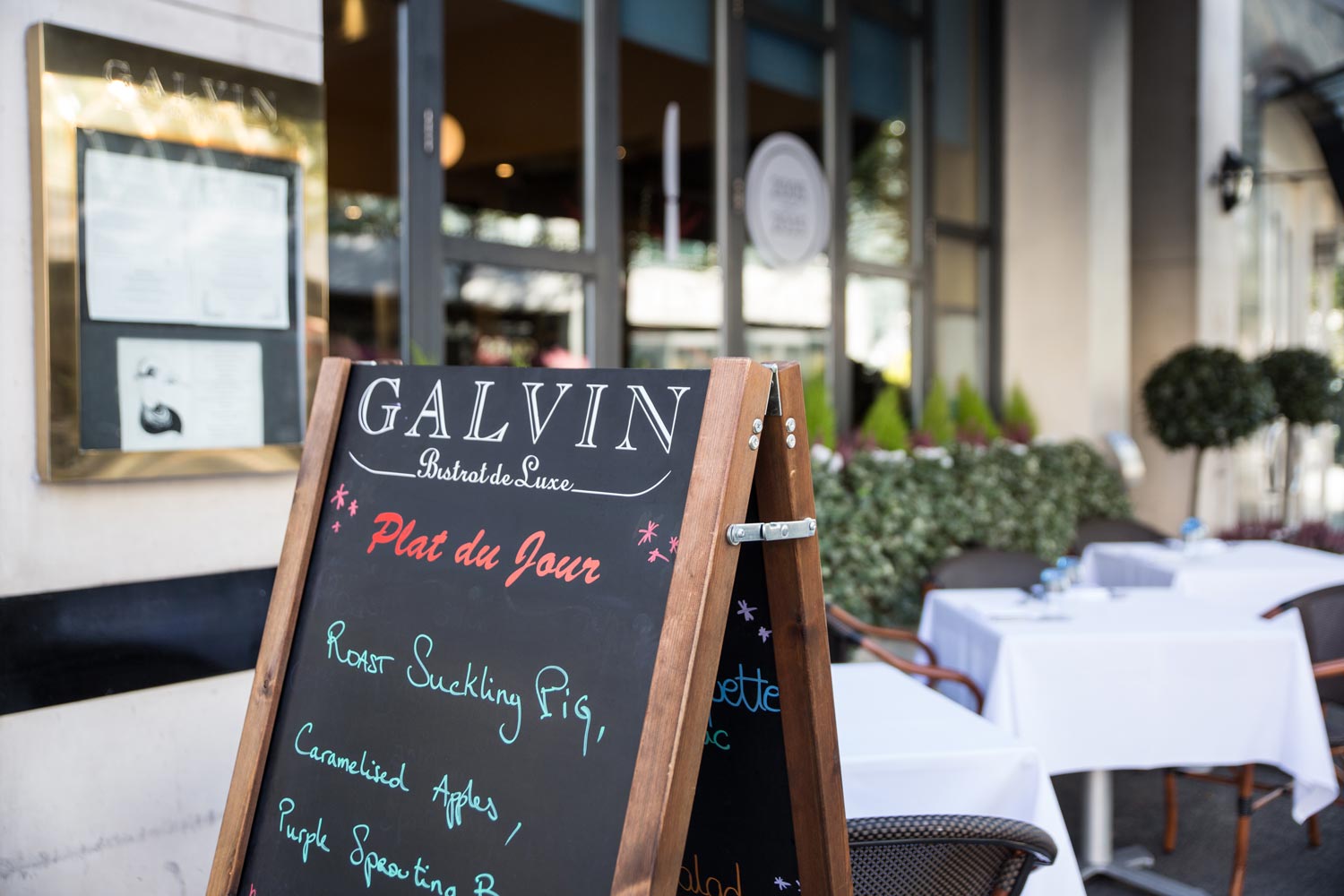