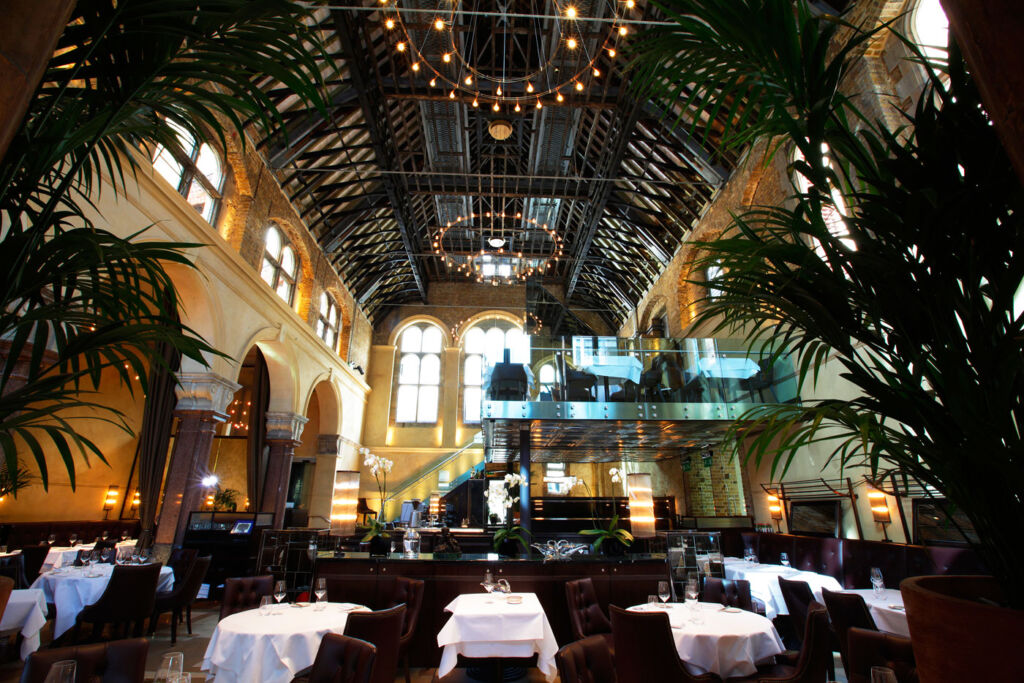 Simon Wittenberg heads to the Michelin-starred French restaurant in London to try their latest seven-course vegetarian and vegan menus.

This is the third time that my other half and I have had the privilege of dining at a Galvin eatery, after previously enjoying the spectacular gastronomy at Galvin at Windows on Park Lane and the now closed Galvin Bistrot de Luxe.

Located near to Liverpool Street Station on Spital Square, and next door to Galvin HOP, the grade II listed building in which Galvin La Chapelle sits, is steeped in history. Harking back to 1890, it was first used as a school, followed by a parish hall and gymnasium up until 1975. After lying derelict for many years, it was extensively refurbished, and hey presto, Galvin’s third restaurant was born on 18th November 2009. It was a success from the very beginning, winning eight awards in its first year, and a Michelin star in 2011, which it has retained ever since. 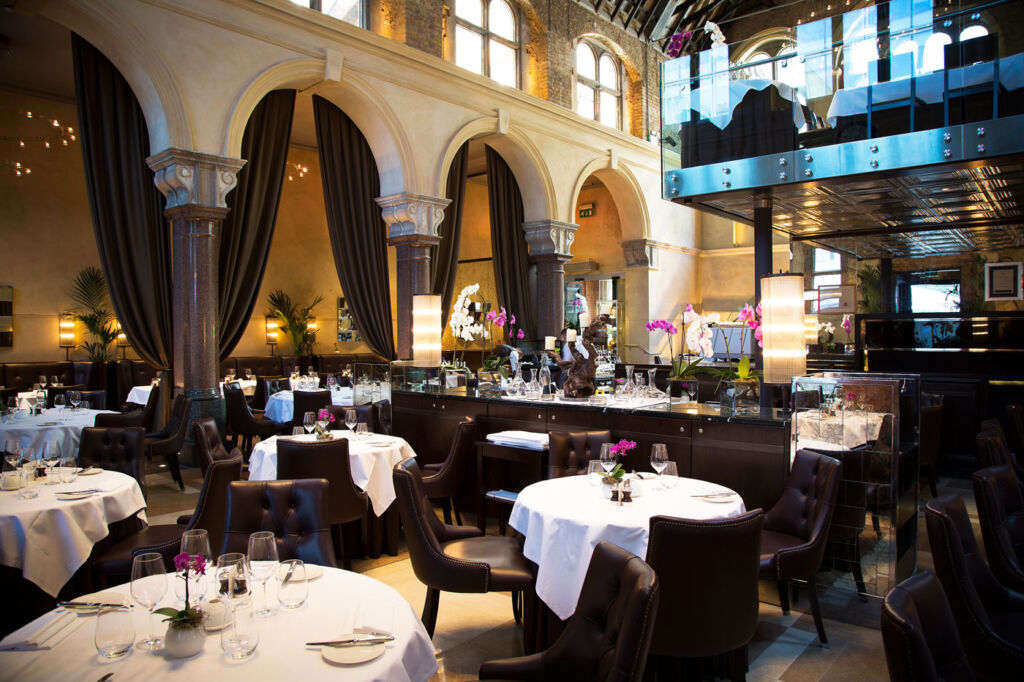 Excluding the external alfresco terrace and the splendid mezzanine level, the restaurant seats around 80 guests at a time. Diners sit at wooden tables amongst the granite pillars, and when you look up, you can admire the architectural splendour of the original arching wooden roof beams which have been beautifully preserved. There is also a large chrome bar which backs on to the open kitchen, where a calm and collected team of chefs exercise their many talents.

Jeff and Chris Galvin noted the importance of catering to the diverse needs of visitors, whether that is because of dietary requirements or lifestyle choices, hence they introduced a seven-course set menu (known as a “Menu Gourmand”), which has been designed especially for vegetarians and vegans. 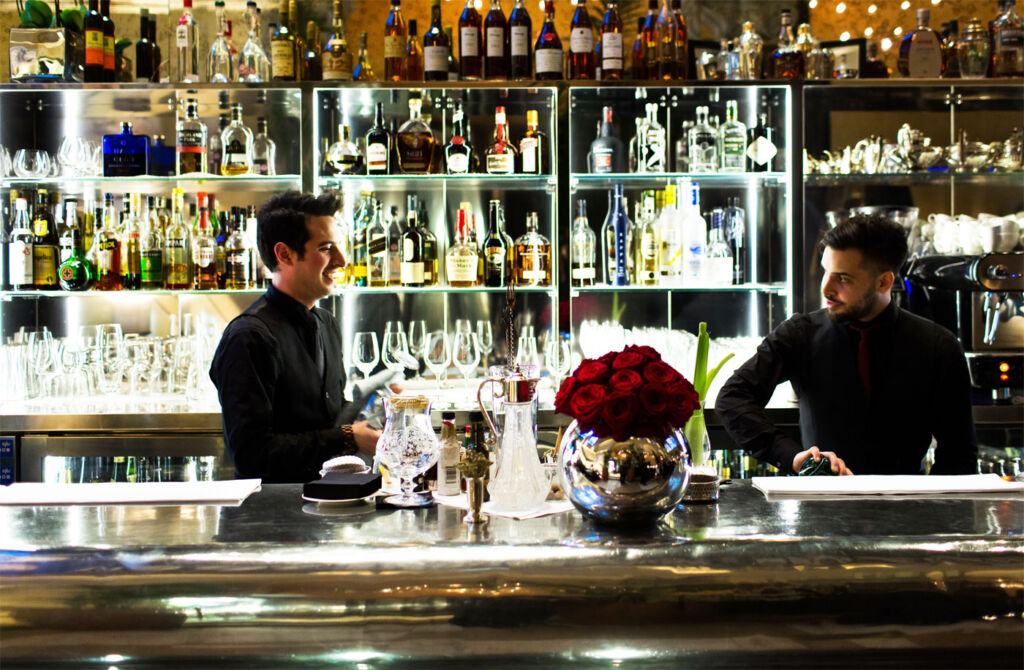 There is the option to pair each gastronomic feast with a different type of wine, but we opted for some refreshing Mojito cocktails (£11 each) to accompany our meal. Their arrival was joined soon after by some slices of deliciously crisp fresh white and brown bread which we proceeded to dip in a bowl of thick and flavoursome olive oil to prepare our taste buds for seven Galvin masterpieces. I opted for the vegetarian menu, whilst my dining partner, being dairy free, went for the vegan menu. The latter follows a similar theme to the former, but with a few subtle differences.

Our first treat was a small bowl of shaved fennel with morsels of ruby grapefruit and sliced radish, accompanied by wisps of avocado purée, and all garnished with a viola flower. It was an excellent opening chapter and the ingredients had been married very cleverly. Following a subtle pause, a sumptuously creamy and warm pea velouté boasting a rich green colour ensued, which was poured on to some awaiting sweet and crunchy green peas, and it all disappeared with ease.

The next savoury delicacy to appear was a salad of different coloured heritage tomato quarters (some of which had been smoked), decorated with dried Kalamata olive pieces. At the centre of the rectangular plate was a light focaccia crisp elegantly propped up by a lettuce leaf. We were suitably impressed. 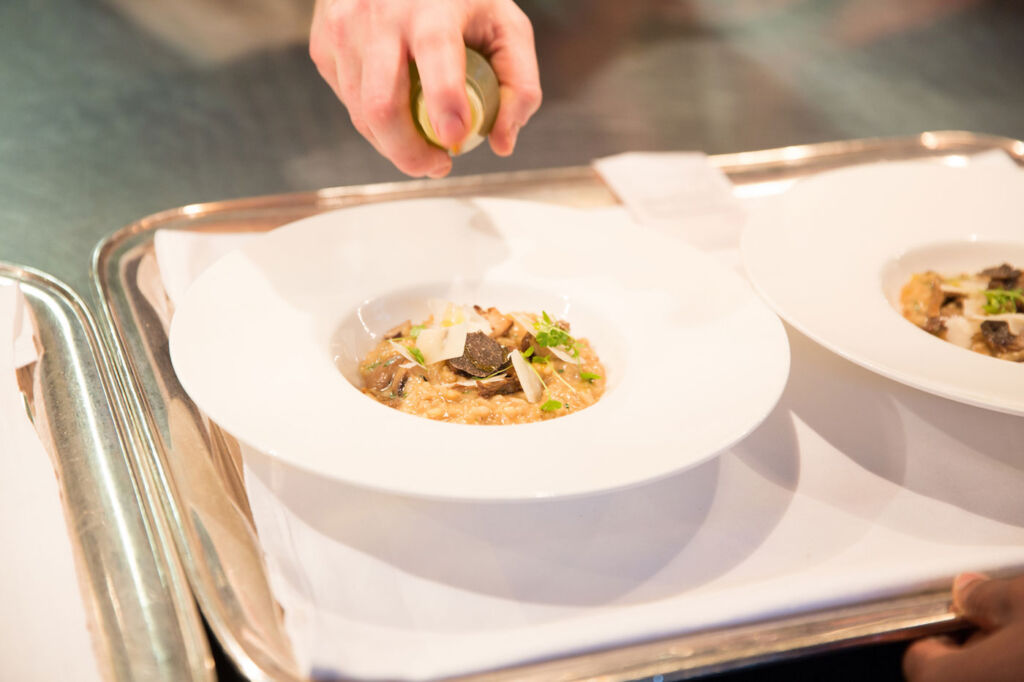 On to the “mains”, and it was the chance to savour the spring vegetable risotto with feta, green beans and a courgette flower, which sat in an oily pesto-type sauce. It was the tagine of spring vegetables which nevertheless turned out to be our “dish of the night” – course number five.

Unveiled with a synchronised and theatrical opening of the conical clay pots, a Jerusalem artichoke and baby carrot, which had been finely balanced on a bed of soft couscous with raisins and almonds, lay underneath. This was surrounded by a roasted clove of garlic, confit lemon and a helping of mushroom purée. The harissa sauce was optional.

It was the job of the blood orange and dark chocolate sorbet to cleanse our palates before dessert. It was magnificent, and we could have easily had more, given the opportunity. Last, but not least, I was presented with one of my all-time favourites of apple tarte tatin made with Pink Lady apples, and which came with a generous helping of Normandy crème fraîche. This is apparently a signature dish of Jeff Galvin, and rightly so, as it just melted in the mouth, and fittingly rounded off what had been a truly memorable meal.

My dining partner was also delighted with her caramelised banana slices, pear pieces and glazed walnuts. The chefs hadn’t let us down once during the night, and the presentation of the ingredients was immaculate each time, hardly surprising when you know the duo behind these creations.

All-in-all, the service provided by the Maître d’ (who we had met at The Langham hotel in London four years ago to the day) and his colleagues was faultless. They are clearly experts and well versed at how to pace numerous courses, so it doesn’t seem too much of a rush, or conversely, too slow to allow boredom to set in. Our appetites had been satisfied, but yet we hadn’t over-indulged thanks to the carefully calculated portion sizes. All I can say is: “Hats off to les frères Galvin!”

Galvin La Chapelle – Where and How?

The seven-course vegan and vegetarian tasting menus cost £55 per person, and £120 per head if paired with the recommended wine selections. 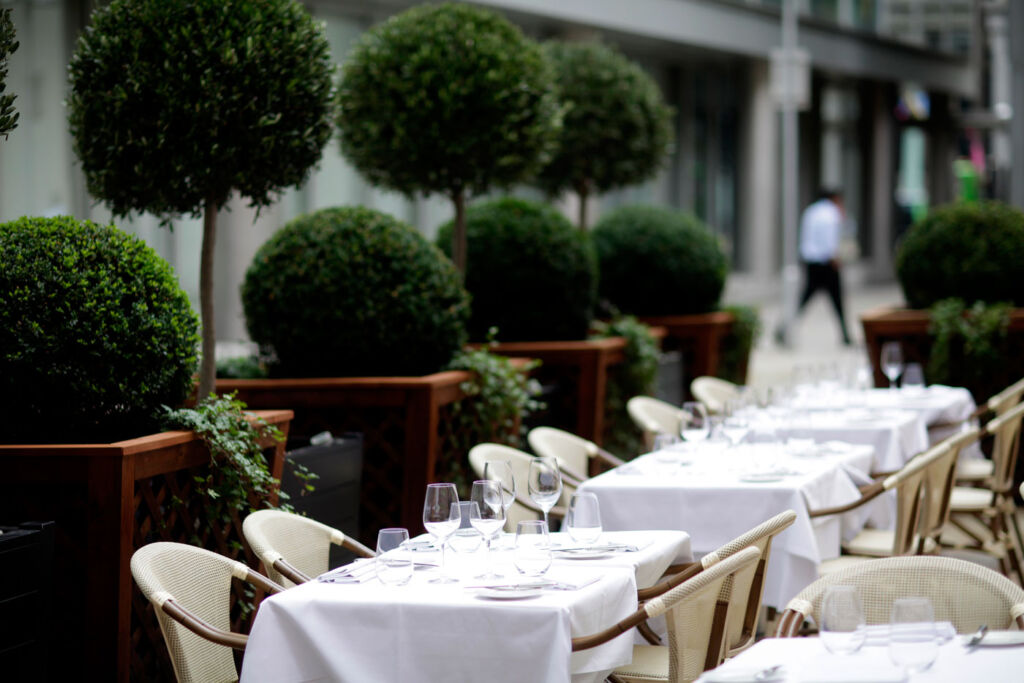