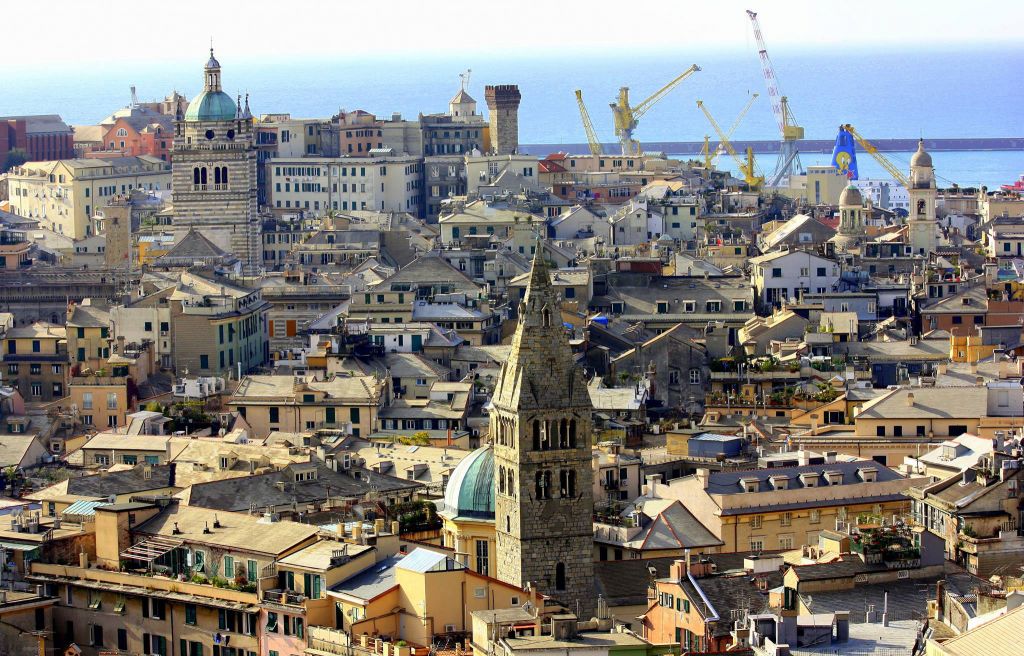 Annually Genoa, in north-western Italy, celebrates its unique heritage through an event called the ‘Rolli Days’. This May it’s moving online with the ‘Rolli Days Digital Week’ which runs from the 16-23 May.

For seven days, a series of never-seen-before videos will take you inside some of Genoa’s most prestigious palaces, four of them shown for the first time. Armchair culture-buffs will be transported inside 12 palazzos, strolling through the halls, discovering their architecture, admiring works of art. The never seen before palazzos are the Palazzo Tommaso Spinola, Palazzo Interiano Pallavicino, Palazzo Sinibaldo Fieschi and the Palazzo Stefano Squarciafico.

The visit to the palaces will open a window on the Genoese Golden Age, seen from different perspectives. Viewers will be able to discover the stories of the owners’ families, their fortunes and riches, the political and economic relationships, and learn about the extraordinary skill and craftsmanship of the artists who depicted legends and stories on the walls and ceilings. 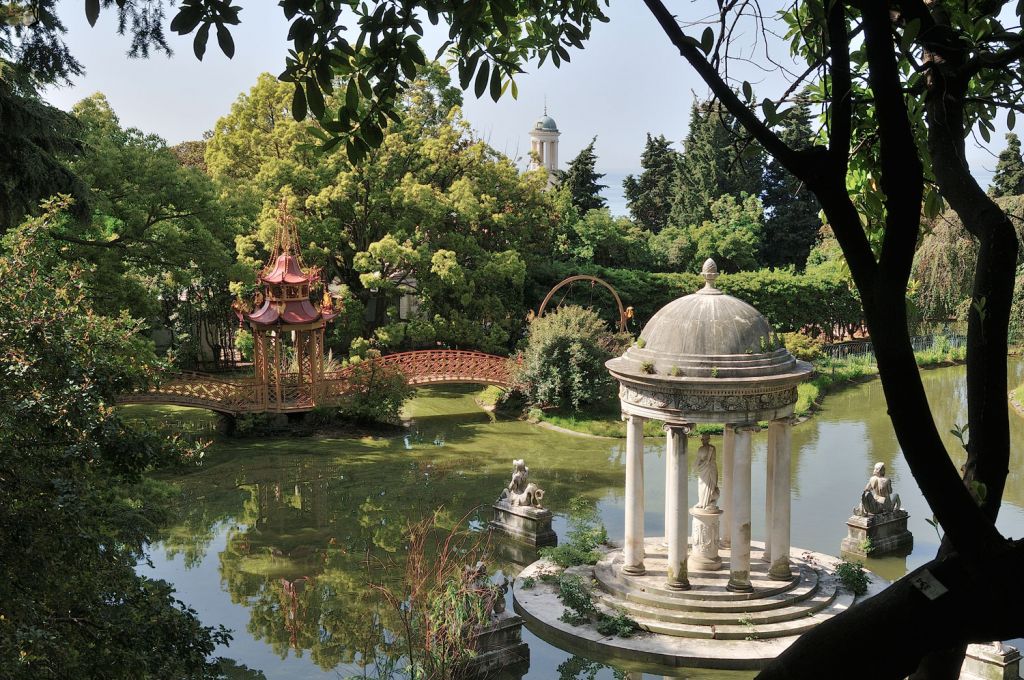 For the green-fingered among you, the grounds and gardens of these grand residences will also be on show.

Palazzo Interiano Pallavicino remains a private residence even today, and it has never previously been opened to the public. Palazzo Stefano Squarciafico will also prove very popular with its painted facade that is so exquisite it was confused with Raphael’s work. 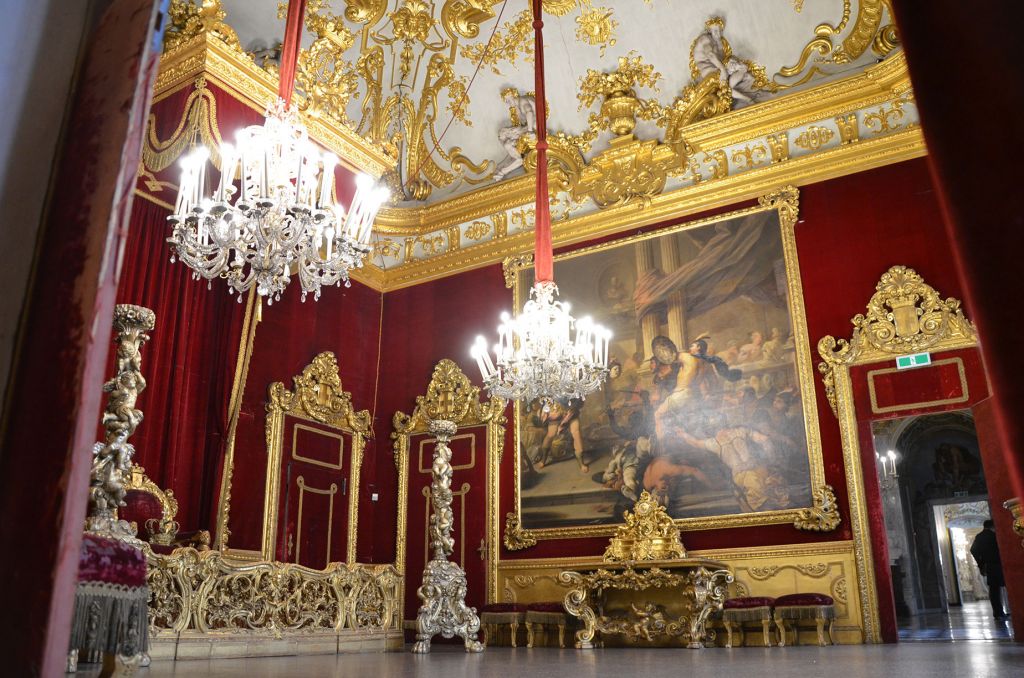 Palazzo Spinola features extraordinary frescoes from the Sixteenth century telling the story of the relationship between Genoa and Spain, and Palazzo Sinibaldo Fireschi is one of the most fascinating and well-preserved examples of late Renaissance architecture in Genoa.

If the above-mentioned isn’t enough to satisfy your cultural appetite, there are many other Palazzi Dei Rolli to explore; Palazzo Tursi, Palazzo Reale, Palazzo Spinola, di Pellicceria, Palazzo Della Meridiana, and less well-known but equally notable buildings such as the Diocesan Museum and the Carige Bank with its wonderful art collection.

The “Mostra che non c’è”- is a virtual exhibition organised by Palazzo Ducale and dedicated to the Genoese masterpieces no longer kept in Genoa. In addition, the music of Genoa will come to life with a performance of renowned local violinist Niccolò Paganini creations played by Andrea Cardinale and local actor Igor Chierici who will perform readings describing Genoa from famous artists and writers, including Chares Dickens, who visited the city.

For armchair foodies, there will be the opportunity to discover Genoese flavours too, thanks to the traditional recipes, reinterpreted by one of the chefs belonging to the Genova Gourmet network and through an innovative “Rolli’s menu”. The menu includes many of the region’s ingredients, created by young Chefs in Quarantine. Authentic dishes from Genova Gourmet include ‘Cappon Magro’ (a fish, vegetable and bread salad); while the young Chefs in Quarantine propose “Nolito”, a cocktail which mixes Cuban flavours and Ligurian citrus perfumes, and “Sweet basil”, a pasta dish where basil is combined with cocoa, as happened in the Port of Genoa.

The Rolli Days Digital Week Schedule can be viewed here. 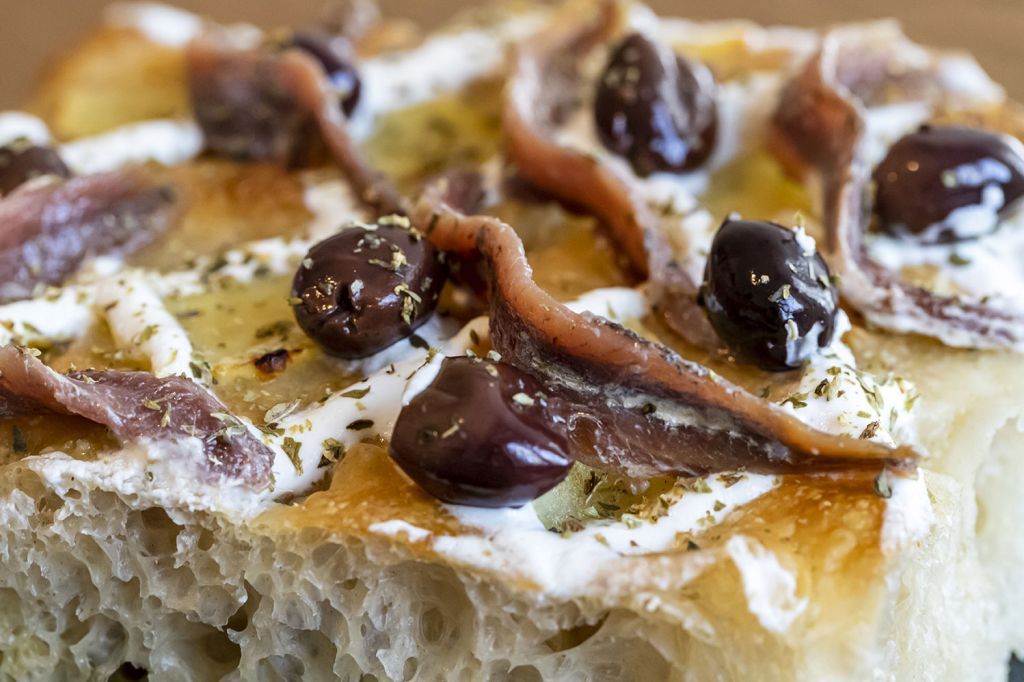 An extra treat for those fans of delicious food
Genova World, a cultural association featuring professionals living outside Italy and promoting the city and municipality of Genoa, has created a new focaccia.

Focusing on flavour and health the new focaccia is light and less refined and is a tribute to each of the Ligurian provinces featuring ingredients from each of them.

Prescinsêua (a dairy product obtained from curdled milk) and oregano represent Genoa and its province, while La Spezia is featured through anchovies, which are at their best in Monterosso. Potatoes from Bardineto and Calizzano (Val Bormida) pay homage to the province of Savona, and the finishing touch comes from Imperia with its famous Taggiasca olives.

The name is a tribute to the St. George’s flag and its red cross on the white background, which is one of the main symbols of Genoese identity and has been so since it was adopted during the Crusades.

The Focaccia St. George was debuted on Facebook on the 30th of April, and more detail can be found here.