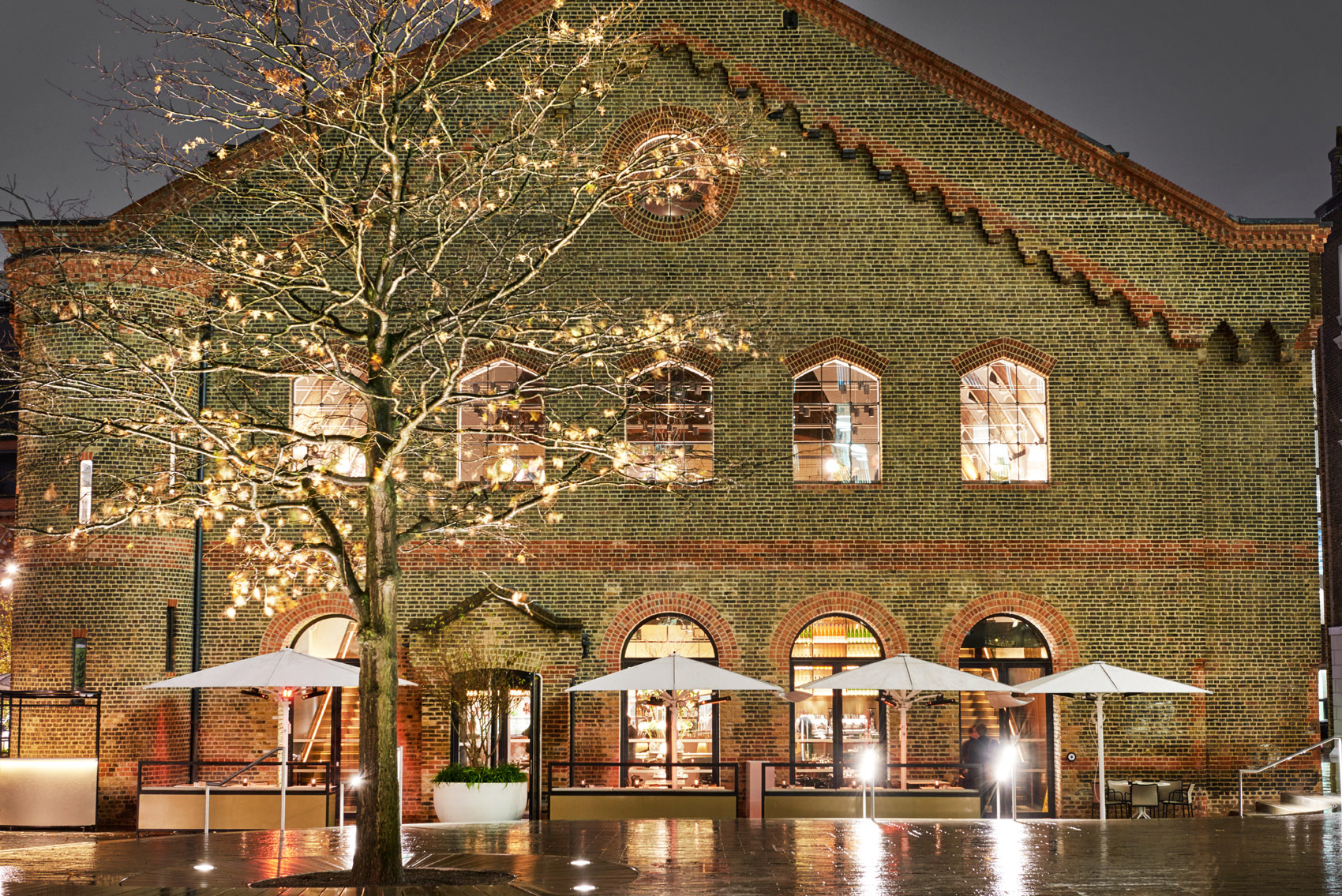 With the Rio Olympics just around the corner, Simon Wittenberg visited D&D London’s latest restaurant which is steeped in sporting history

Unveiled on the 12th November 2015, the now Grade II listed building, which sits between King’s Cross and St Pancras station, was constructed over 150 years ago in 1865 for the German Gymnastics Society, becoming England’s first purpose-built gymnasium. It subsequently hosted indoor events at the Capital’s last Olympic Games a year later. Eventually, it ceased to be used for the purpose of sport, and more recently, it has been home to offices, as well as exhibition and arts space. 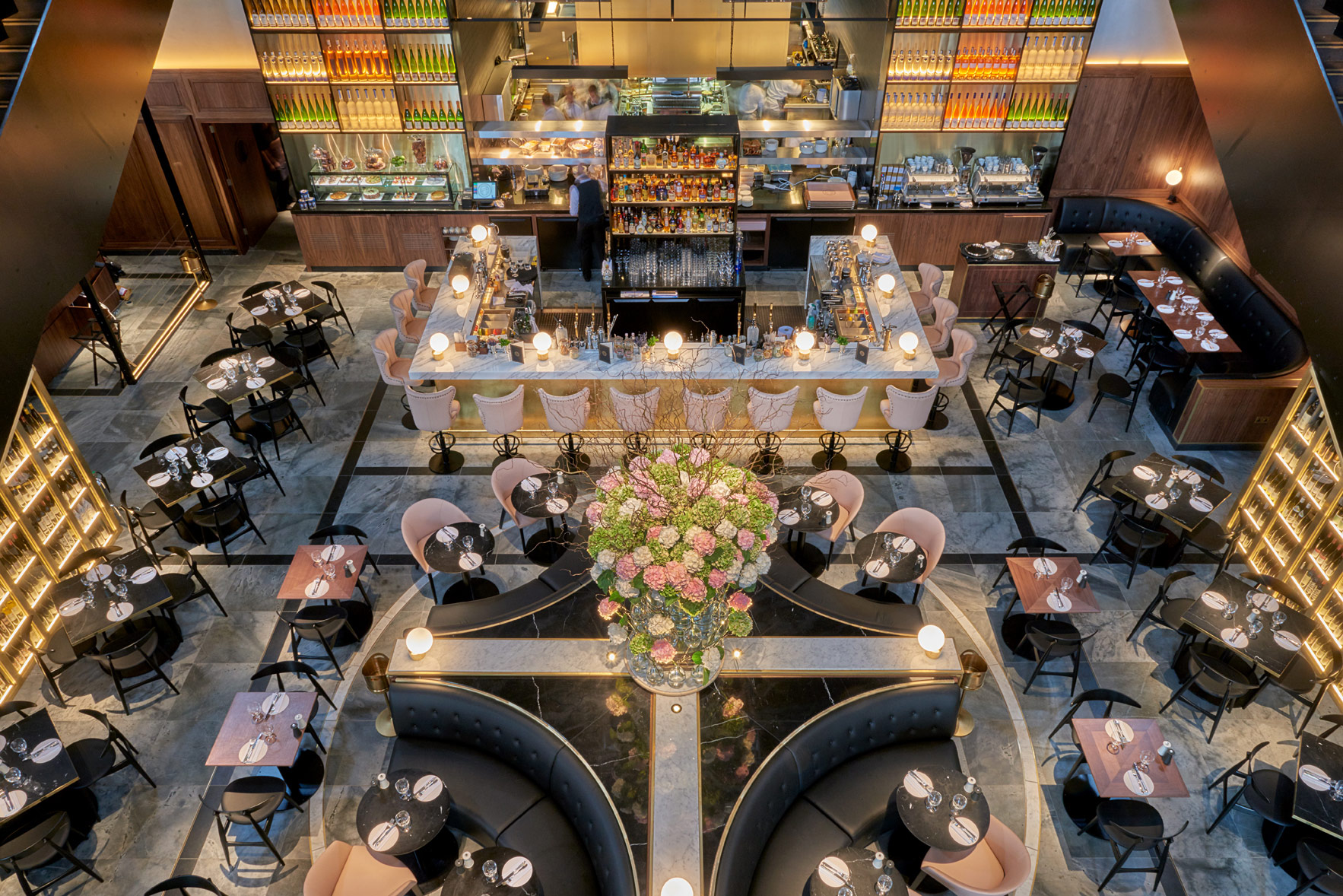 In January 2014, D&D London took over the venue, and Conran and Partners were appointed for the design, and the result is nothing short of stunning. The newly-renovated former gymnasium maintains some of the original features penned by Stoke Newington architect Edward Gruning, including the arched wooden beams which stand 57 feet off the ground. A collection of vodka and wine bottles line the wall above the Meister Bar and support the two sweeping staircases to reach the balcony. 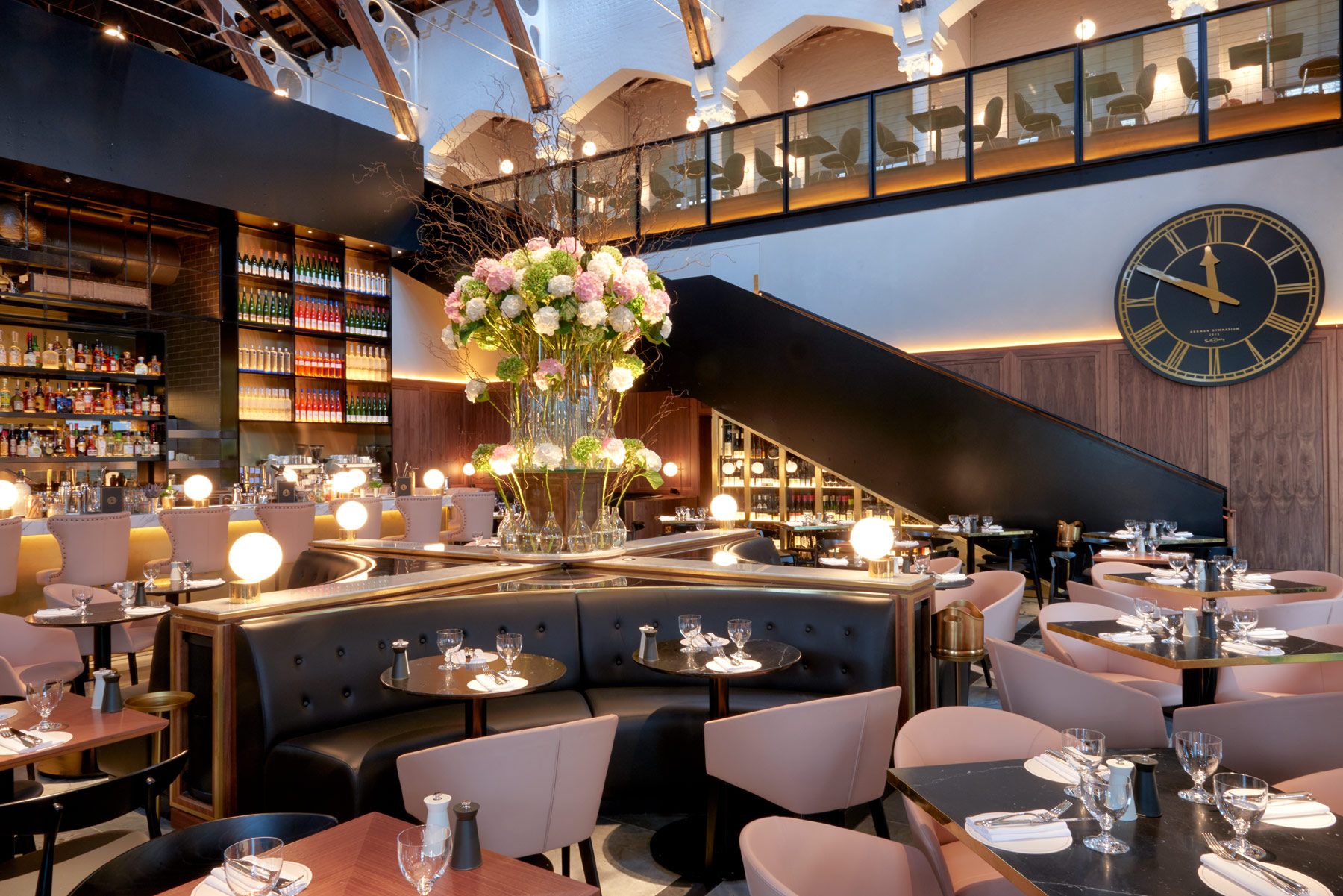 The split level German Gymnasium is more brasserie at ground level (the Grand Café), seating around 110 people (excluding the large al fresco terrace), with fine dining on the upper floor which can accommodate a further 85 guests. Even the toilets follow the theme of the building, and come complete with vintage gymnastics images on the ceilings and piped German music to entertain occupants during their ablutions. Furthermore, when the bespoke Smiths of Derby clock strikes 4pm, a chime sounds, signalling the beginning of the quintessentially German tradition of ‘Kaffee und Kuchen’.

The selection of menus at German Gymnasium is comprehensive and varies depending on the time of day, starting with breakfast and going right through to dinner. We visited this establishment for the former, which is served on weekdays only between 8 and 11:30am, and a similar brunch menu is offered at the weekend from 10am to 4pm. There is everything from granola with yoghurt and fresh fruit to Viennoiserie and a freshly baked bread selection from the patisserie counter to kick-start the day. There is also a separate vegetarian selection for non-meat eaters. 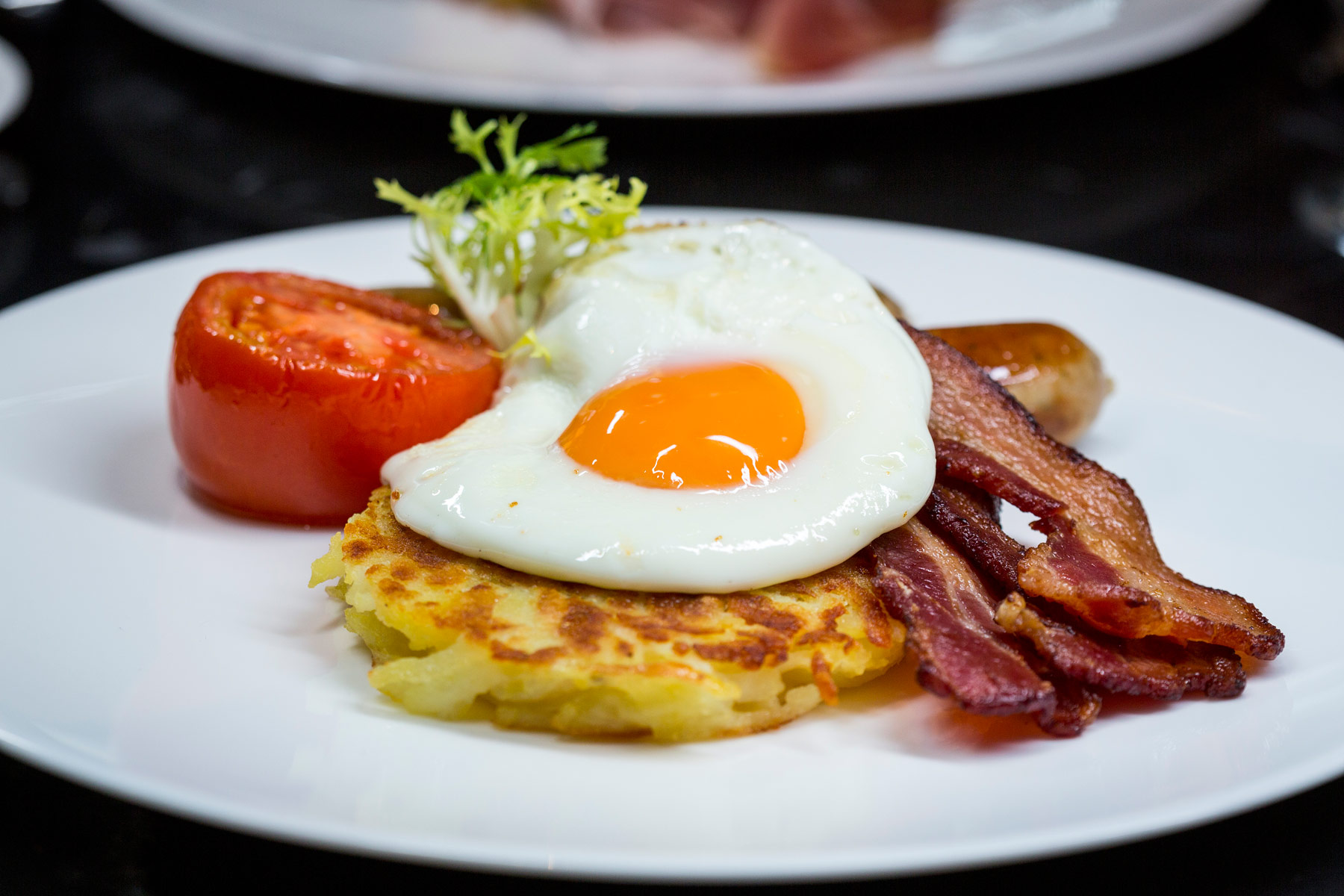 From the ‘Eggs’ section of the menu, I tried the ‘GG Arlington’ (£11.50) which translated as smoked salmon, poached eggs and hollandaise sauce on a deep fried potato rösti which proved very filling and extremely tasty. 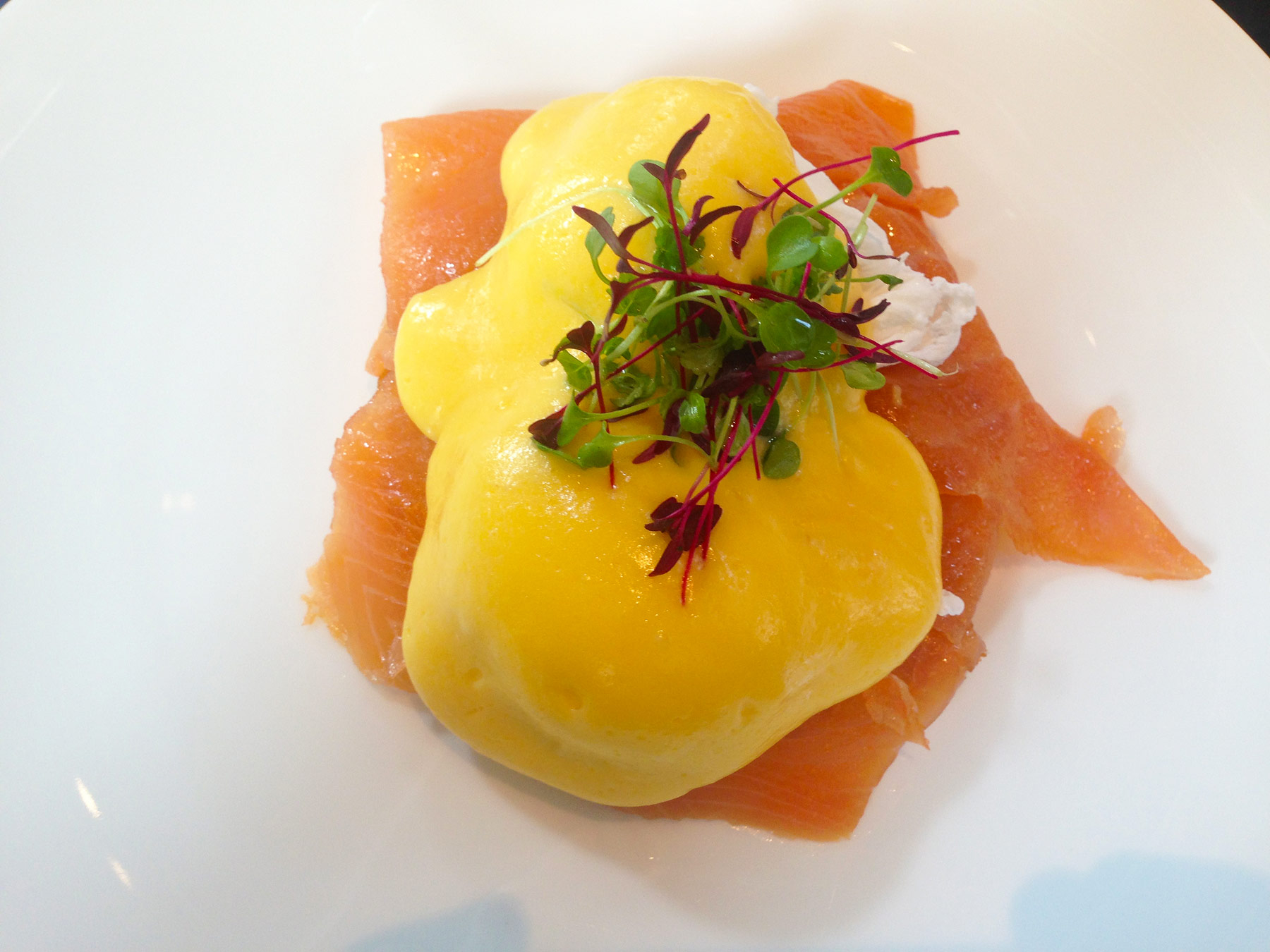 My dining partner opted for sliced avocado with coriander, lime and poached egg on a slice of bread laced with sunflower seeds (£9.50). Decorated with an elegant beetroot garnish, it was an impressive dish full of flavour, and plenty of pleasure was supplied for the taste buds. 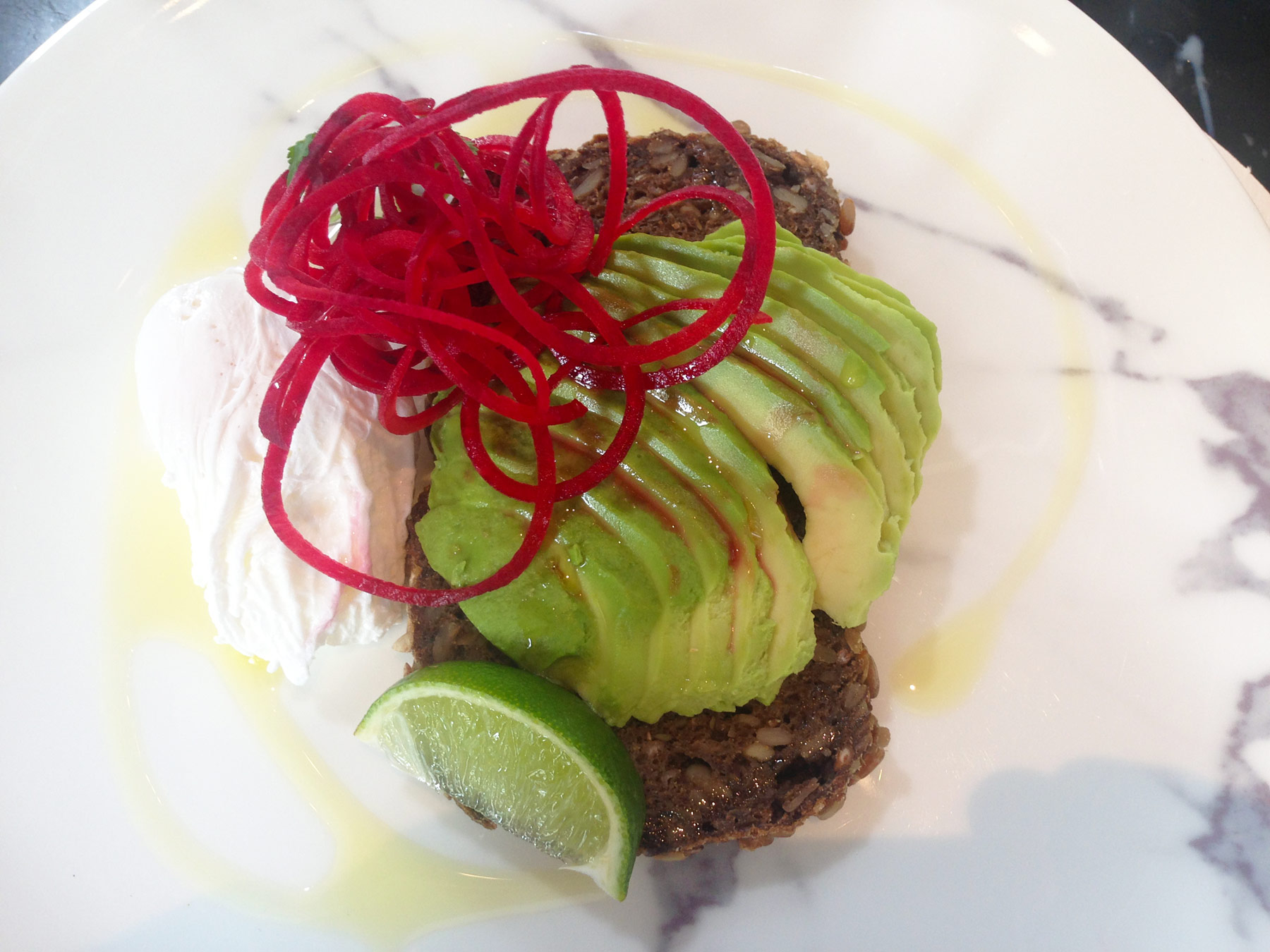 There is a comprehensive drinks menu of spirits, wines, juices, smoothies and hot beverages (e.g. tea and hot chocolate with whipped cream), so there is no shortage of thirst quenchers. For those feeling a little more adventurous first thing in the morning, there is a series of Bellinis (£8.50 each) which are all topped up with a hint of Prosecco.

Dietary requirements and any specific requests are very well catered for, and the service supplied by our French hostess was seamless and attentive throughout, but not over-bearing.

German Gymnasium is a worthy addition to the regenerated King’s Cross area. In fact, David Loewi and Des Gunewardena have produced yet another culinary masterpiece, and for this, they deserve a gold medal.

German Gymnasium – Where and How? 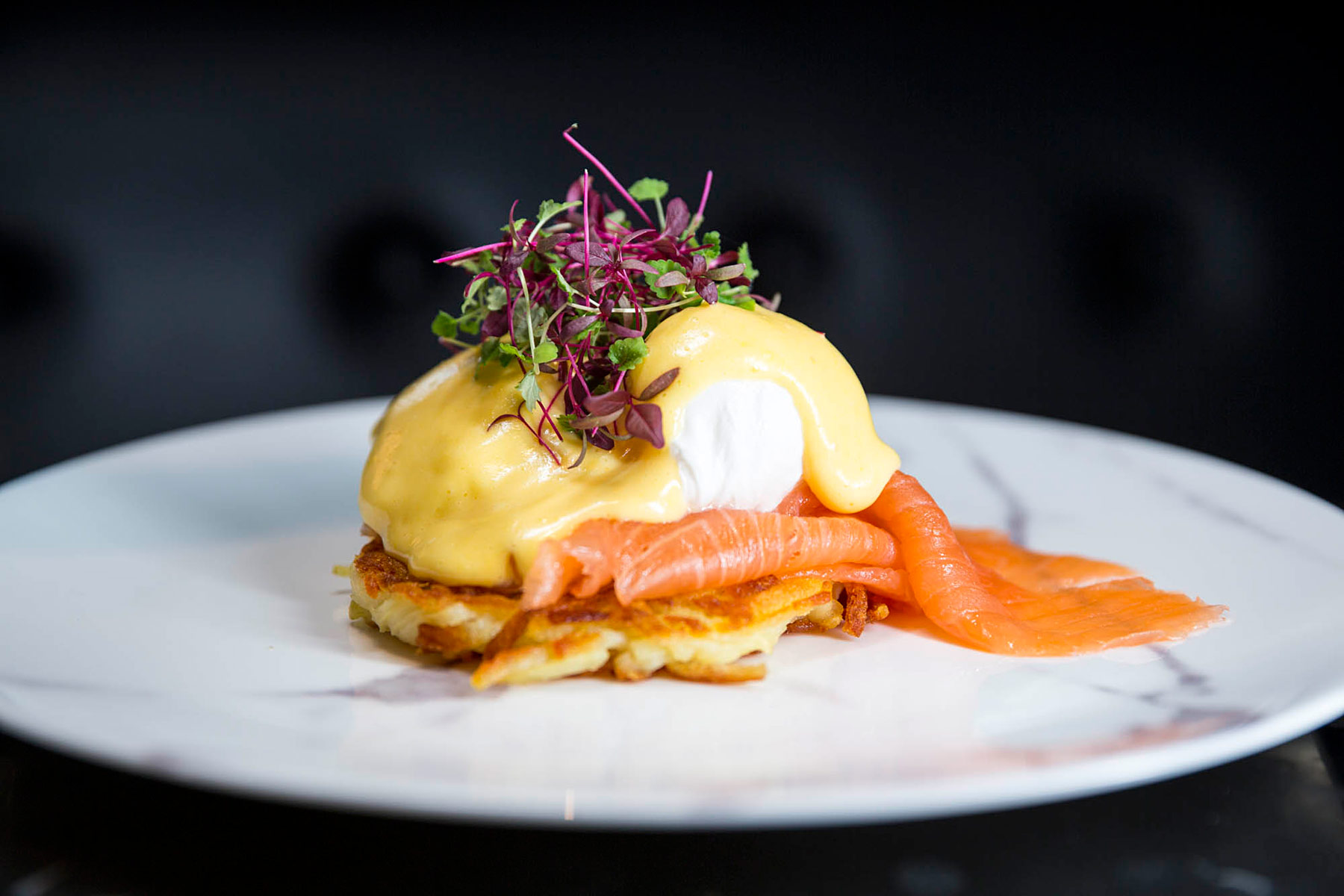