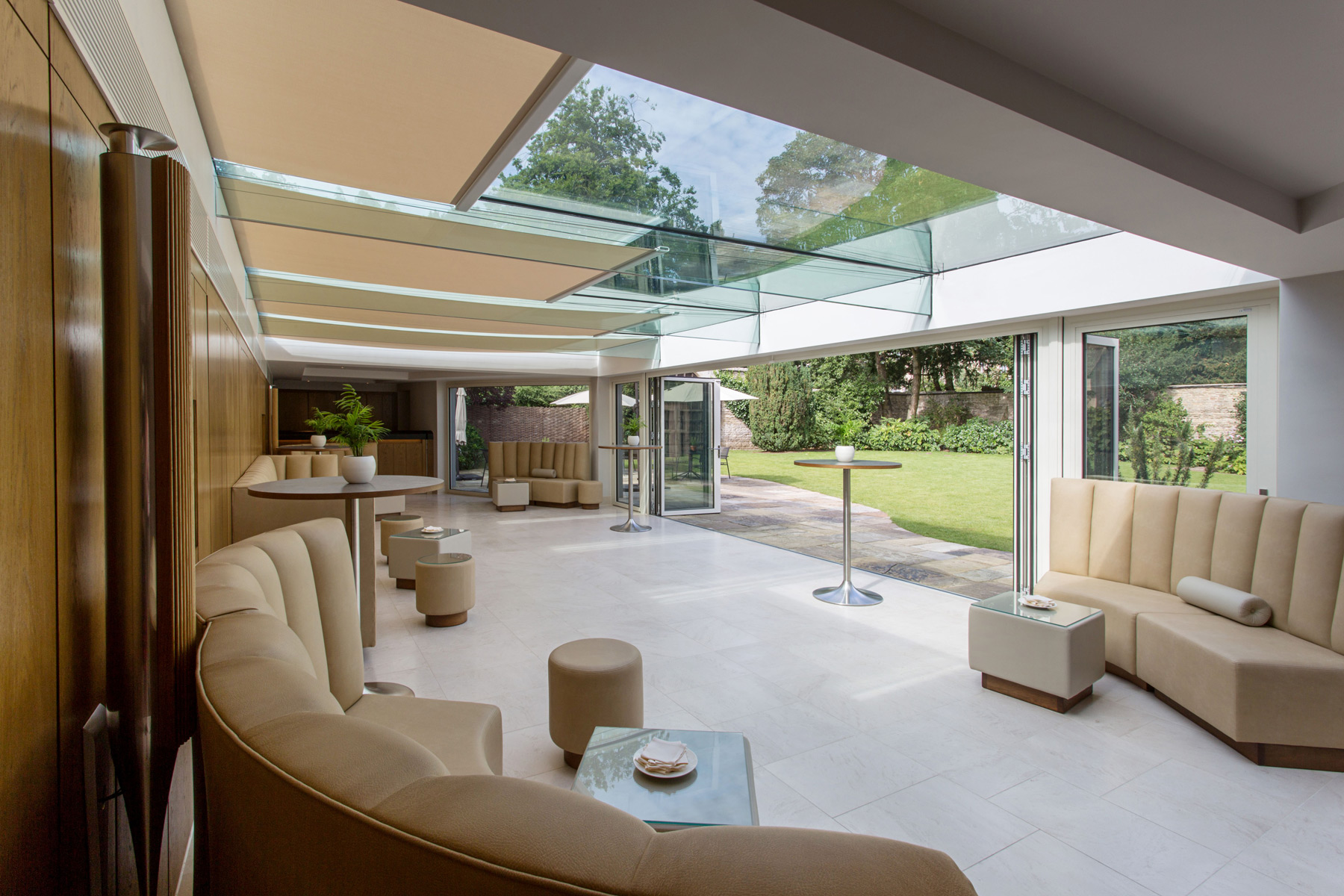 Does he find art inspires his own creativity?

“Absolutely!” he enthuses. “I love art and especially love the work of Kenyan sculptor Juginder Lamba who works in bronze, stone and wood. I love his female shapes and I’m now collecting his fabulous seed pods. His sculptures help to soften the masculinity of Le Manoir, which structurally is all about the power of man, the money of man, the vanity of man. So inside the Manoir I wanted to bring all the warmth and all the curves and create an environment that is warm, happy and female. Let’s face it: most guys look into a room and never notice the softness of a fabric, the flowers… so I always think what women would like.”

I suggest he has found a perfect balance of masculine and feminine in his creative expression, whether it’s via his interior design, the gardens or his gastronomy.

“Yes, it’s important to have a balance of both,” Raymond agrees. “It creates harmony.”

Revealing a distinct lack of harmony, he points to a plant display in front of us – reminiscent of a 1930s palm house arrangement and frankly dated.

He finds a pen and paper and begins sketching a new design.

“Here…” He passes me his drawing of a Japanese-style planting with a large canopied tree in the centre and smaller trees around it. See… what you have here is something very Japanese. It will look so much more beautiful and feminine. A major tree with canopy, freedom and space. And I will put a little stream around it with smaller trees. More freedom and space.”

Raymond’s love of creativity is at the heart of everything he does. I ask if his mother, Maman Blanc, played a significant part in instilling this passion in her son.

“Absolutely!” Raymond agrees. “She probably has had more influence on me than anyone else. We had a huge plot of land which would feed our family the whole year round. I learnt how to do the garden at a young age and helped my mother prepare the vegetables in the kitchen. Of course I hated it because while most of my friends were playing football I was working in the garden. It’s non-stop. You have to till the earth, you seed the earth, clear it of stones. Then, when you think it’s all over you have to harvest the plants, then top and tail them.

“I would then give them to my mum, who practised her extraordinary craft on all the vegetables we grew. So I learnt all about seasonality, the phases of the Moon, about the act of giving. My mother would give me a bag and tell me to go foraging. She was an amazing woman.”

It seems the English love growing flowers more than vegetables?

“I think so,” says Raymond. “A French garden will have 95% vegetables and fruit and 3% horrible dandelions. Whereas in an English garden it’s the opposite: you have 90% potted plants and a veggie garden full of flowers and shrubs.”

Was this the case at Le Manoir when he bought it?

“Yes! The garden was the most frightening part of my experience when I first moved in,” Raymond reveals. “It was in such a mess. What was also frightening was the fact that the house once belonged to Lord Camoys who murdered about 5,000 French people at Agincourt!” he jokes.

They do say revenge is a dish best served cold.

The gardens at Le Manoir are beautiful… soft, gentle and picturesque. Raymond worked with landscape designer Robert Ketchell to create a tranquil Japanese garden. Within it, a beautiful tea house enables guests to contemplate the beauty and simplicity of their surroundings.

“I went into so much detail to create it,” he smiles.

Would he call himself a perfectionist?

“Well, some people call me obsessive,” he laughs. “Of course there’s a difference between obsessive and perfectionist!” 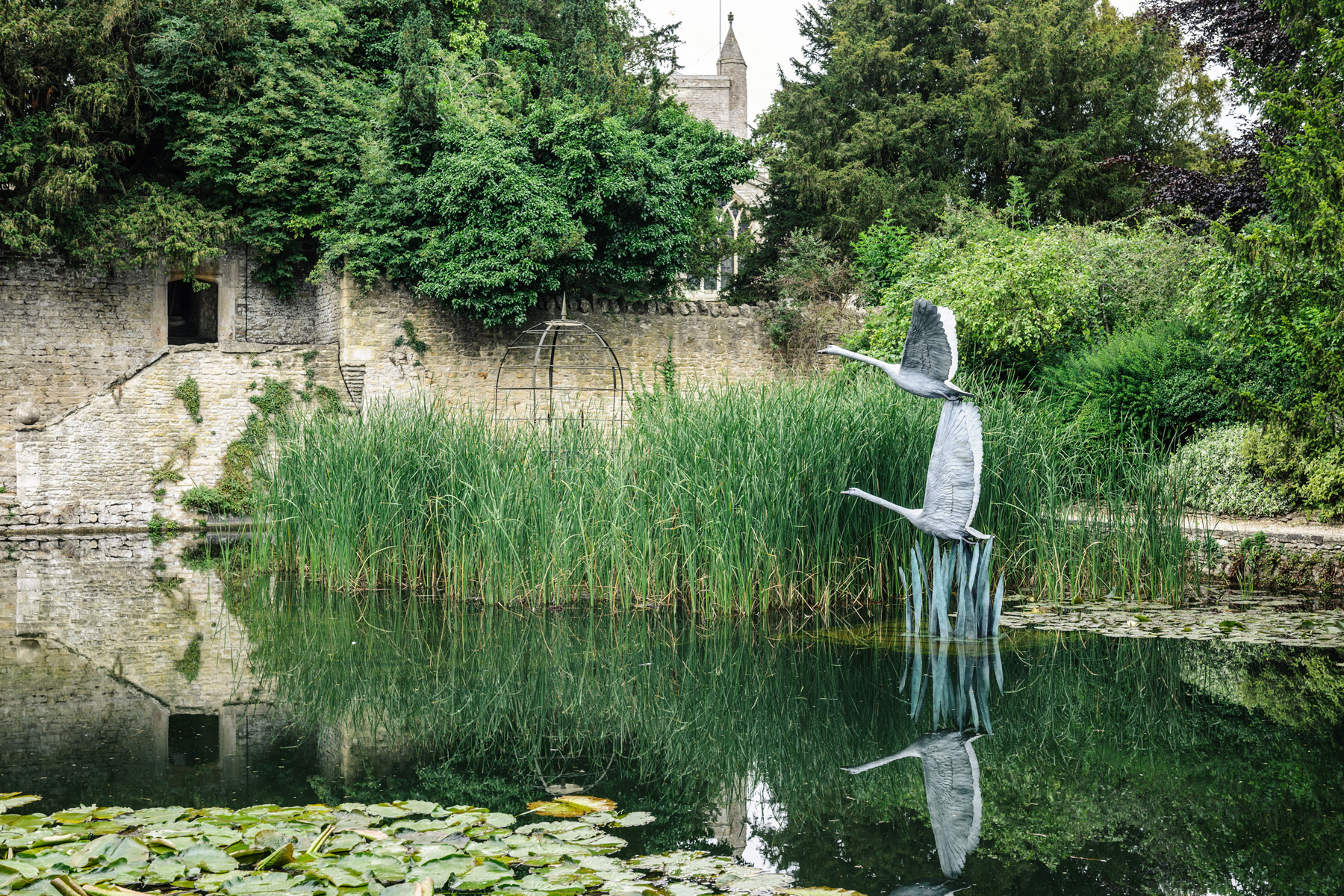 I mention the water garden. Yes, that’s fed by natural springs,” Raymond tells me. “The monks who lived on this land in the 16th Century created it. My head gardener, Anne Marie Owens, has been with me since the beginning. Our veggie garden is planted with more than 90 varieties of vegetable and 70 types of herb.”

The standard of service and attention to detail at Le Manoir is astonishing.

As he says: “For me, excellence lies in small details, brought together lovingly and patiently in a constant quest for perfection in cooking and hospitality. It’s about love; it’s about caring. People come to Le Manoir to be looked after and cared for. They come to relax and to step into another world,” he tells me at the end of our chat.

And that’s exactly how I felt during my stay at the Belmond Le Manoir aux Quat’Saisons.

I’d certainly stepped into another world – and I didn’t want to leave.

In Conversation with Kat Maconie, Shoe Designer and Entrepreneur