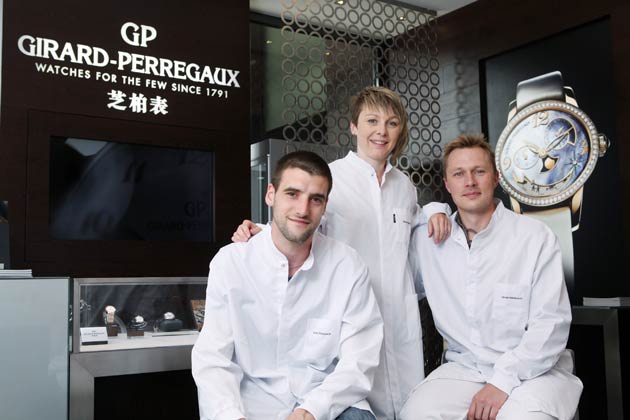 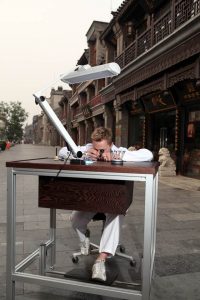 Girard-Perregaux, iconic luxury Swiss watch brand, broke the laws of watchmaking with its recent unveiling of an industry first, The New Face of Tradition, Eight Young Watchmakers and the Art of Making Time. This journal, featuring eight young watchmakers from its famed atelier, launched the international Young Watchmakers Tour.

After the successful exhibition at the first stop in New York City, the Young Watchmakers Tour took hold of Beijing. Pictures of the talented crew of young watchmakers were shot at their watchmaking benches at many iconic and historical relics in the city, mixing the traditional Swiss craft and the deep cultural richness of Beijing. Following the shoot, the Zen Living Space was transformed into a GP World to showcase the exquisite timepieces and profound cultural foundation of Girard-Perregaux. Guests enjoyed participating in one-on-one workshop, learning about the sophisticated structure of watch movements, and the built movements on their own under the guidance of the brand’s talented watchmakers.

Girard-Perregaux believes that the new generation of young watchmakers can passionately perform multiple roles, which are just as colorful and diverse as the precious Girard-Perregaux watches they build. They perfectly interpret the classical combination of watchmaking and their innovative spirit, full of vitality.

Stefano Macaluso, General manager of Girard-Perregaux said: “Girard-Perregaux, with its 221-year history, has cemented the road for watchmaking in several ways. The young watchmakers not only inherit the tradition of the brand, but also bring more power and vigor with them, fully combining tradition and innovation”.

Dominique Loiseau, Girard-Perregaux’s famed watchmaker, also joined and hosted an in-depth discussion with Mr. Alexandre Bigler, watch expert from Christie’s Hong Kong. Their discussion included timing art, machine manufacturing and the inheritance of classics, as well as Girard-Perregaux’s 221-year tradition and Loiseau’s vision for the future development of the Brand.

‘I’m honored and excited to be in Beijing today”, says Loiseau. “Girard-Perregaux has been making history for the last two centuries. Tradition is foremost a know-how, the fundamental respect for immutable rules of the mechanic, without compromise. But without creativity, tradition is a bad habit. We have to evolve with our time. The essential is to try to create watches that can touch our contemporaries and the future generations”.

A legend in the watchmaking world, Mr. Dominique Loiseau has been engaged in the watch-making industry for more than 30 years giving birth to some of the most amazing contemporary creations. 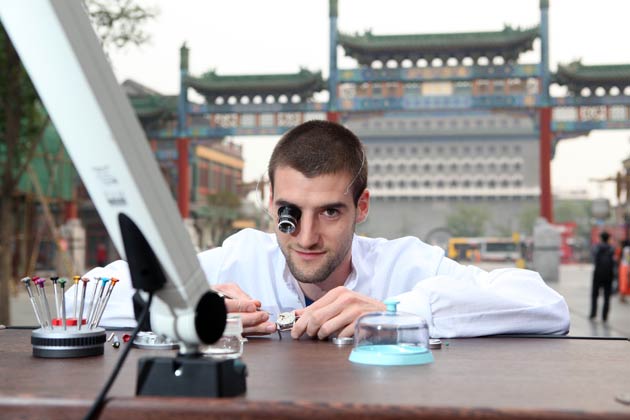