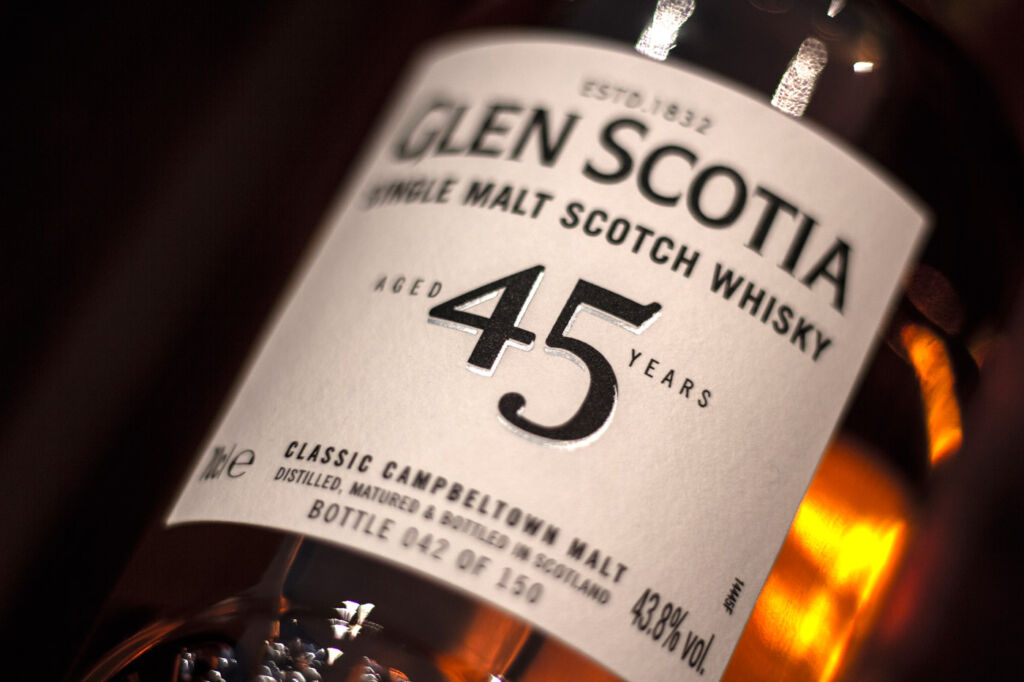 More than four decades of preparation has gone into Glen Scotia’s 45-Year-Old Single Malt whisky resulting in a highly exclusive expression designed to be enjoyed as nature intended.

Independent distiller, Glen Scotia, has been producing single malt whisky since 1832. It is one of the three surviving distilleries in Campbeltown, Scotland’s fifth and smallest malt producing region.

The Glen Scotia 45-Year-Old is limited to just 150 bottles worldwide and is the oldest expression to be released by the distillery. This is a whisky truly made by history, and it reflects the centuries of craftsmanship and experience associated with Campbeltown.

It was distilled just over 45 years ago in December 1973 and filled into refill Bourbon casks two days before Christmas. More than thirty years later, in 2011, the precious spirit was carefully re-casked into the first-fill Bourbon. It was then laid to mature under the watchful eye of master distiller Michael Henry, before the final bottling in 2019. 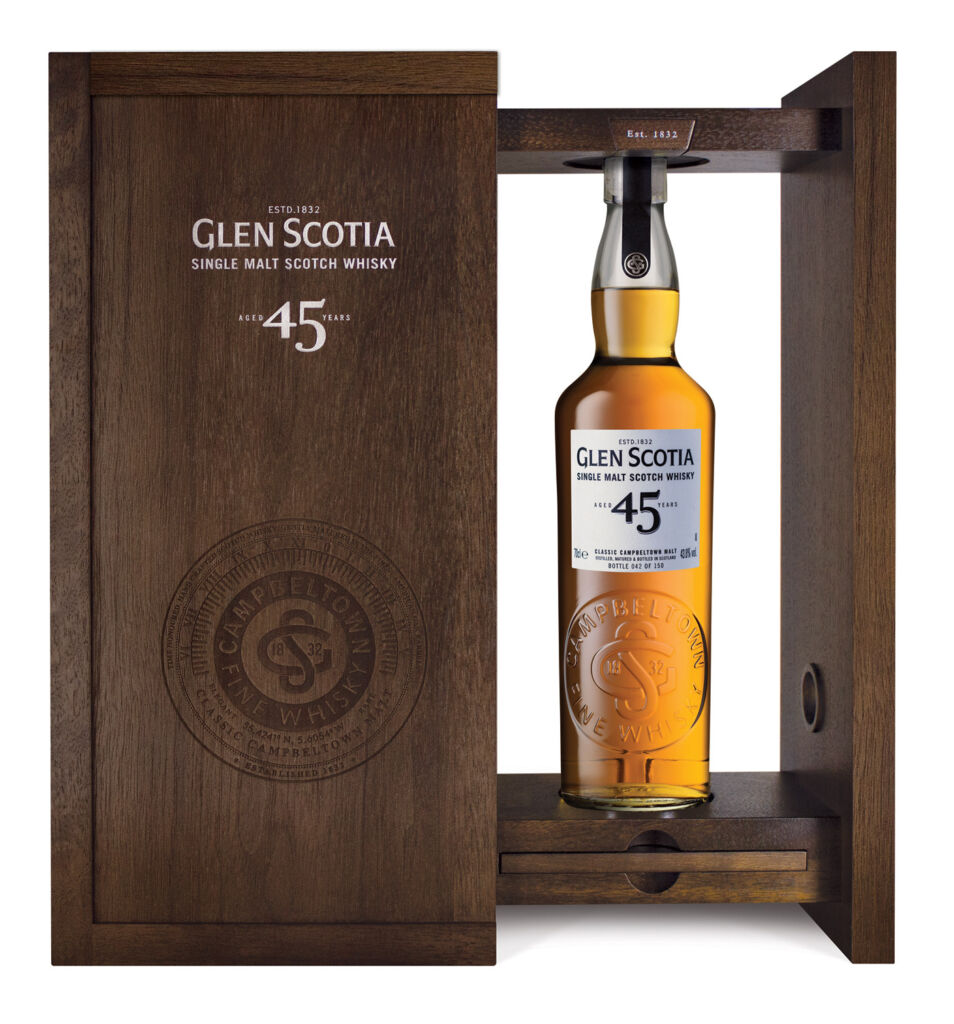 The Glen Scotia 45-Year-Old embodies all the signature characteristics of a Campbeltown single malt, the liquid is dominated by maritime influences. The taste has bold coastal elements, which lead into thick fruit of ripe pineapple and crisp green apple, before floral notes of rose, vanilla and toasted oak come through. It also boasts a long mouth-watering finish with sea-salt and lime citrus before warming cinnamon and ground ginger spice come to the fore.

Non-chill filtered to ensure it is enjoyed as nature intended, this exclusive release is bottled at 43.8% ABV and presented in a striking leather-lined case created by the family-owned, UK-based luxury packaging manufacturer, Moran’s Wood Components. 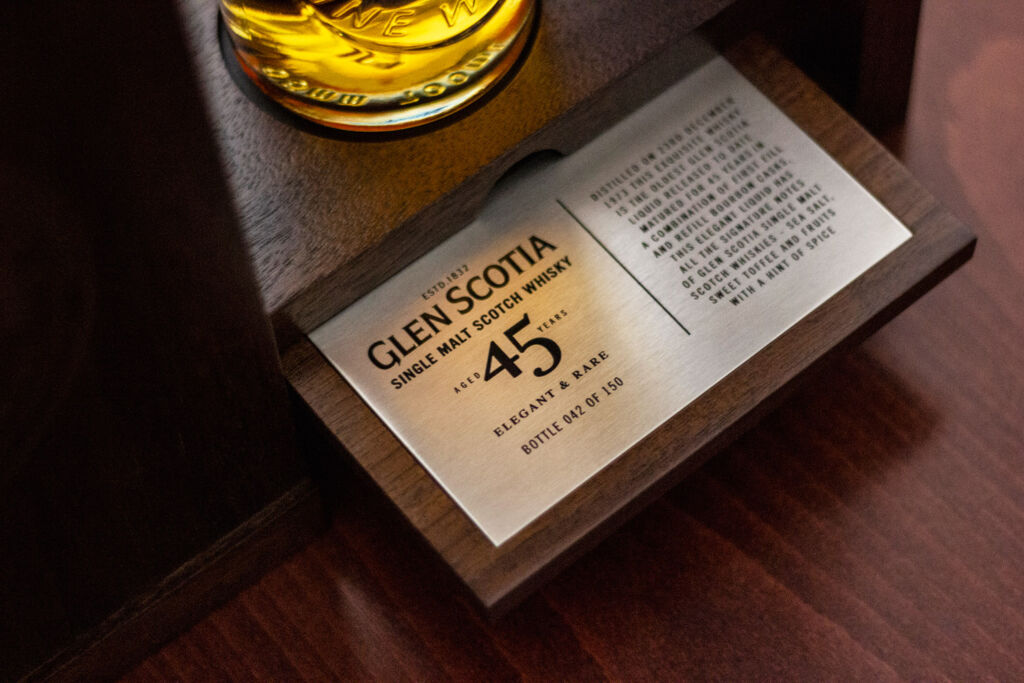 Each of the cases has been handmade using sustainably sourced British walnut, and each one is tile engraved with the tasting notes and individual bottle number.

Glen Scotia 45 Year Old – Where and How?

Glen Scotia, 45-Year-Old, is priced at £3,795 and is now available from specialist retailers, including the Whisky Shop. For more information, visit www.glenscotia.com.