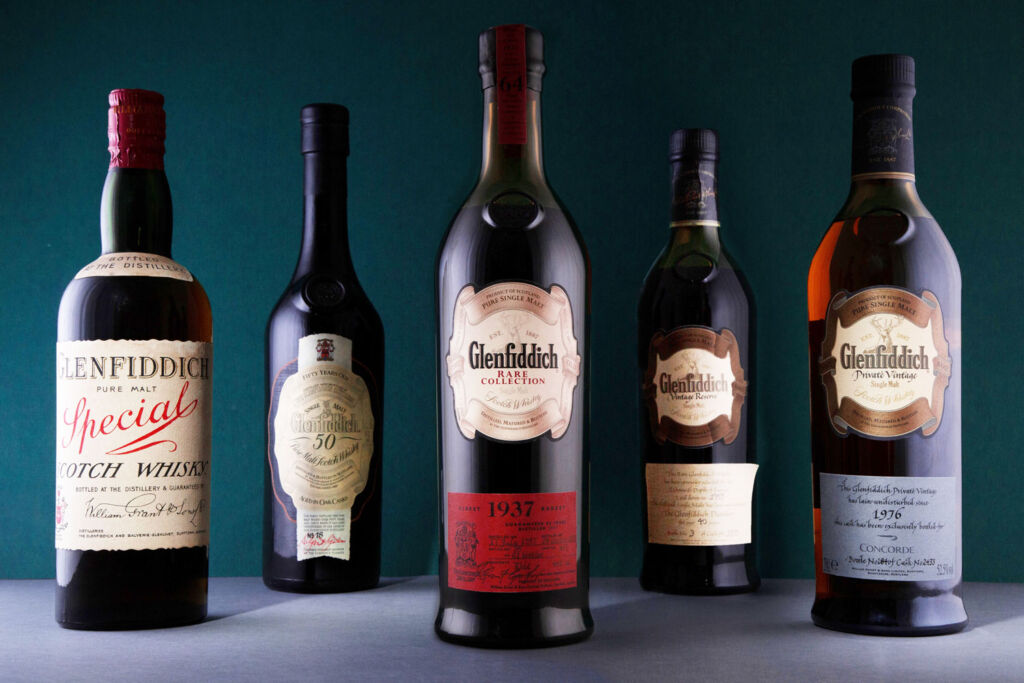 Simon Wittenberg participates in a virtual whisky tasting ahead of over 100 Glenfiddich bottles going under the hammer with Scotland’s Whisky Auctioneer from 12th to 16th of November 2020.

Whisky Auctioneer, the Perth-based global market leader and trusted authority on the buying and selling of whisky and spirits, is launching an exclusive four-day auction tomorrow; allowing whisky enthusiasts to bid on some of the most desirable Glenfiddich bottles ever produced, sourced from private collections.

It follows on from the Speyside charity auction, which took place earlier in 2020, raising nearly a quarter of a million pounds for those affected by COVID-19 in the region. 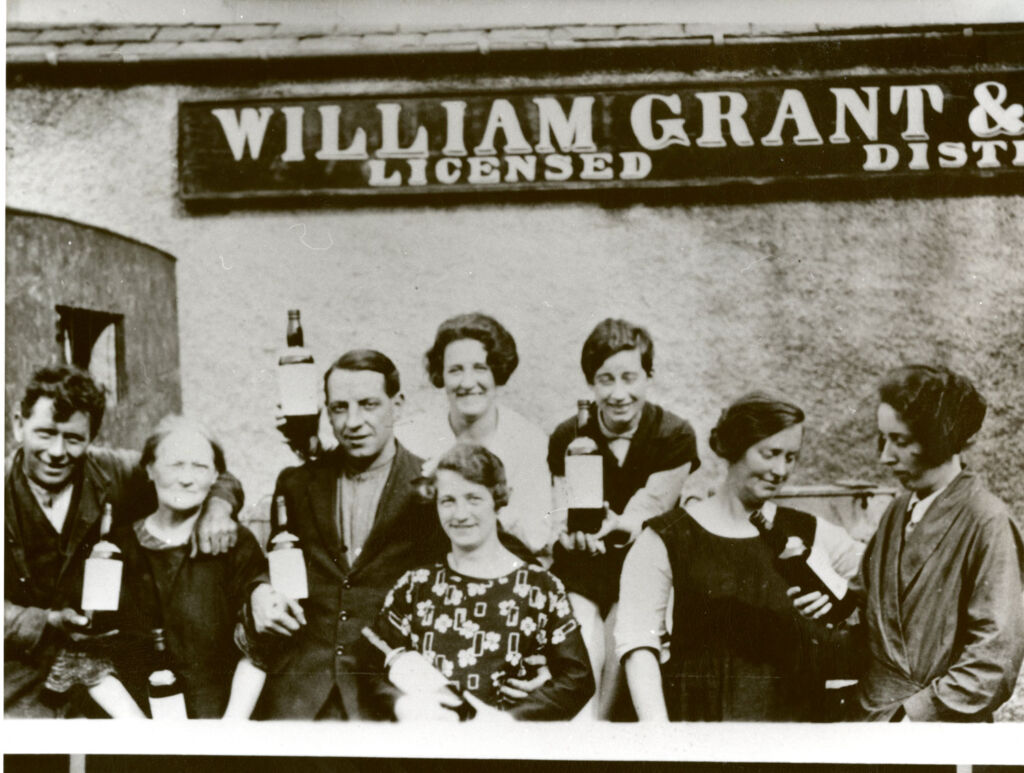 For a spot of trivia, Glenfiddich means “Valley of the Deer” in Scottish Gaelic, and the distillery, which was founded in 1886 by William Grant, lies in Dufftown in Moray.

Amongst the unprecedented lots are a selection of Rare Collection, Private Vintage and Vintage Reserve whiskies, as well as examples of Glenfiddich’s Pure Malt and those from the more recent Experimental Series line-up. 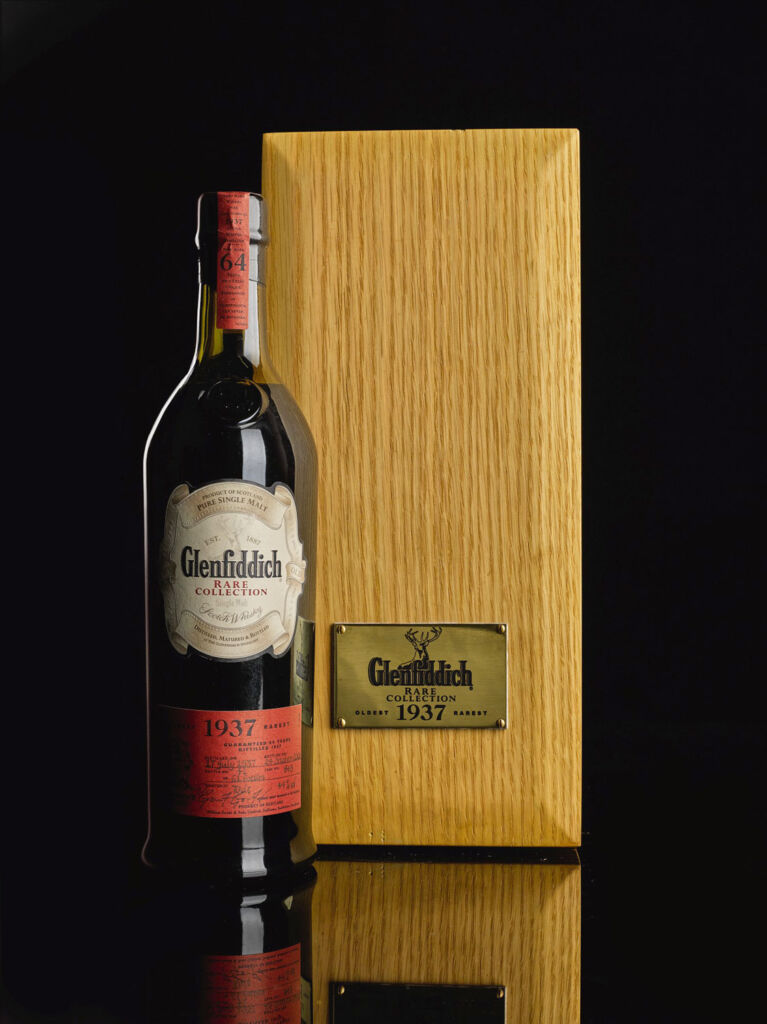 Expressions set to catch the eyes of bidders include a 1937 Rare Collection 64-Year-Old (one of only 61 bottles produced), the 1976 Private Vintage #2433 made available for purchase only to those who flew on Concorde, and bottle #3 of the Glenfiddich 1959 Vintage Reserve 40-Year-Old.

The expressions that we tried were, namely:

Glenfiddich Over 8 Years Old 1970s (40% ABV) – This was estimated to have been made at some point in the early 1960s and bottled by the end of that decade. Housed in Glendfiddich’s iconic green triangular-shaped bottle, the Over 8 Years Old was primarily exported to the Italian market and, after remaining unopened for 50 years and returning to Glenfiddich, a bottle was opened especially for the tasting, thereby highlighting its exclusivity. 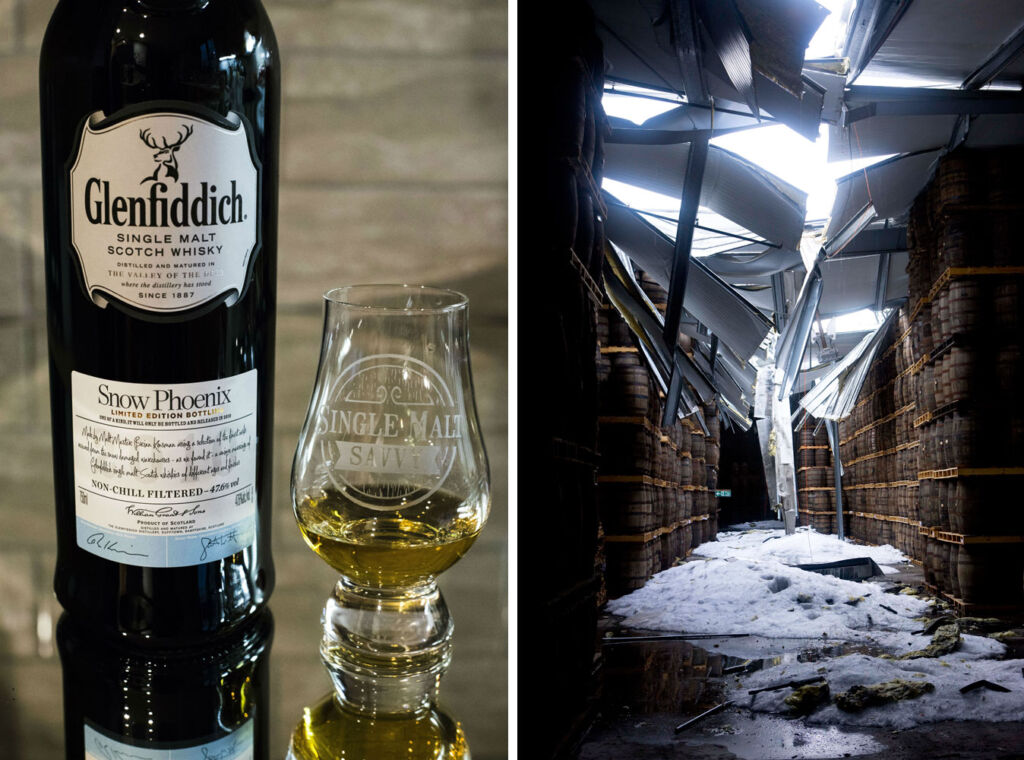 Glenfiddich Snow Phoenix Limited Edition bottling (47.6% ABV) – Presented in a black bottle and housed in an elaborate tin, this one-off expression has a unique story. Borne out of an adverse situation, it was blended from casks that lay in the distillery’s warehouses, which saw the corrugated iron roof collapse under several tonnes of heavy snow on the 7th January 2010, leaving a “phoenix”-type image in the shards of the panels.

Staff worked round the clock to clear the snow and, appreciating the dedication of those individuals who work in tough conditions; they decided to dedicate the Snow Phoenix limited edition to the Cairngorm Mountain Rescue Team based in Aviemore.

This Glenfiddich has a gold colour and, creamy vanilla aromas on the nose, whilst the taste boasts wild apples sweetened with heather honey. Glenfiddich Snow Phoenix has become a modern collectable and can fetch up to £500 on the secondary market, after originally going sale in November 2010 with an RRP of £49.99. 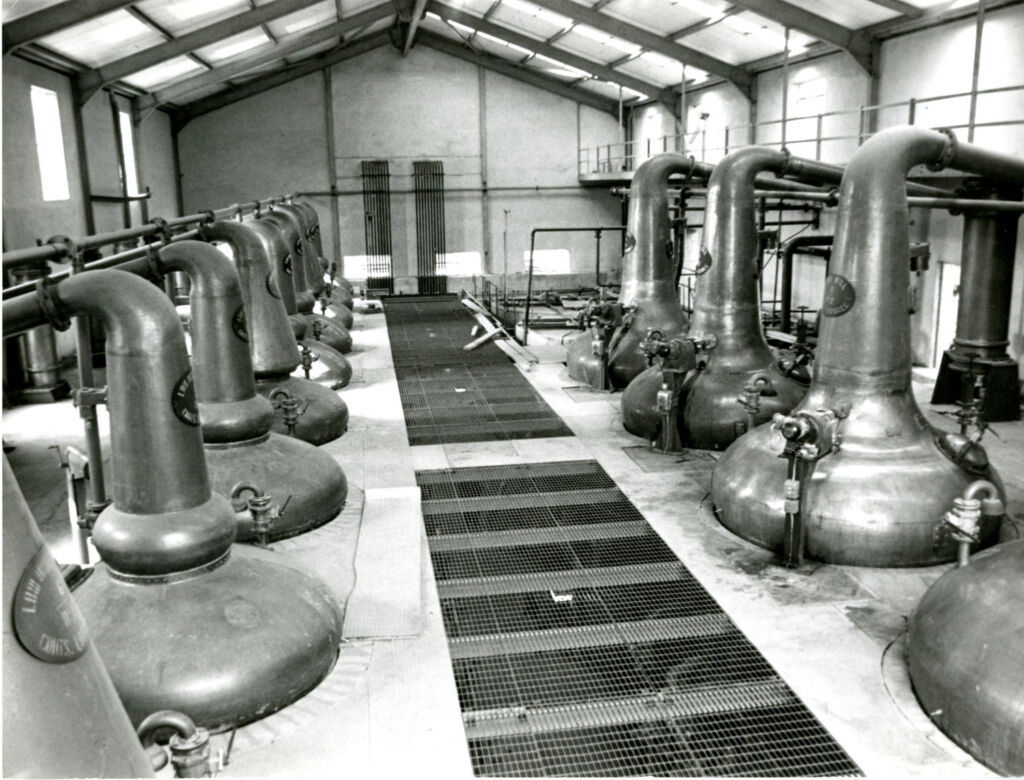 Glenfiddich 1974 – Cask 38232 (45.3% ABV) – 1974 was the year that Glenfiddich received a Queen’s Award for Export, and a decade when there were great American oak casks. This rare expression, which is now 46 years of age, is a single cask whisky (i.e. it has been drawn from only one barrel). It has the influence of a new stillhouse built by the distillery in 1972, which featured standardised stills fired by coal at the time, thereby allowing for a slow distillation process, which is ideal for making a whisky of such high quality.

As is apparent in the modern-day 12 Year Old, Glenfiddich’s DNA of pear and apple notes also come to the fore in this 1974.

Glenfiddich Project XX – Cask 21885 (57.4% ABV) – Launched in 2016 as part of its Experimental Series, the smart black and gold Project XX (Twenty) expression brings together 20 different casks from the distillery’s warehouses, including Port pipes, Sherry butts and first-fill Bourbon casks, each chosen by 20 of the brand’s global ambassadors (including Struan Grant Ralph), after they spent two days roaming the casks of Warehouse 2 at Glenfiddich. The nose has woody notes, whilst cinnamon, cloves and vanilla come to the fore on the palate. This particular whisky is still widely available and is priced at under £50 per 70cl bottle.

Glenfiddich Private Vintage 1982 – Cask 3672 (ABV 58.7%) – Lying undisturbed up until 1982, cask 3672 was exclusively bottled for the Craigellachie Hotel in Speyside, and is a desirable expression amongst collectors when it hits the auction sites. The numbered bottles, which are presented in a wooden box with a plaque, have fetched over £1,200 in 2020.

Whisky Auctioneer and Glenfiddich – Where and How?

Online bidding will begin on the exclusive Glenfiddich auction on Thursday 12th November and finish from 7 pm (GMT) on Monday 16th November 2020. To register to bid, and for more information on Whisky Auctioneer and the upcoming auctions, visit https://whiskyauctioneer.com.