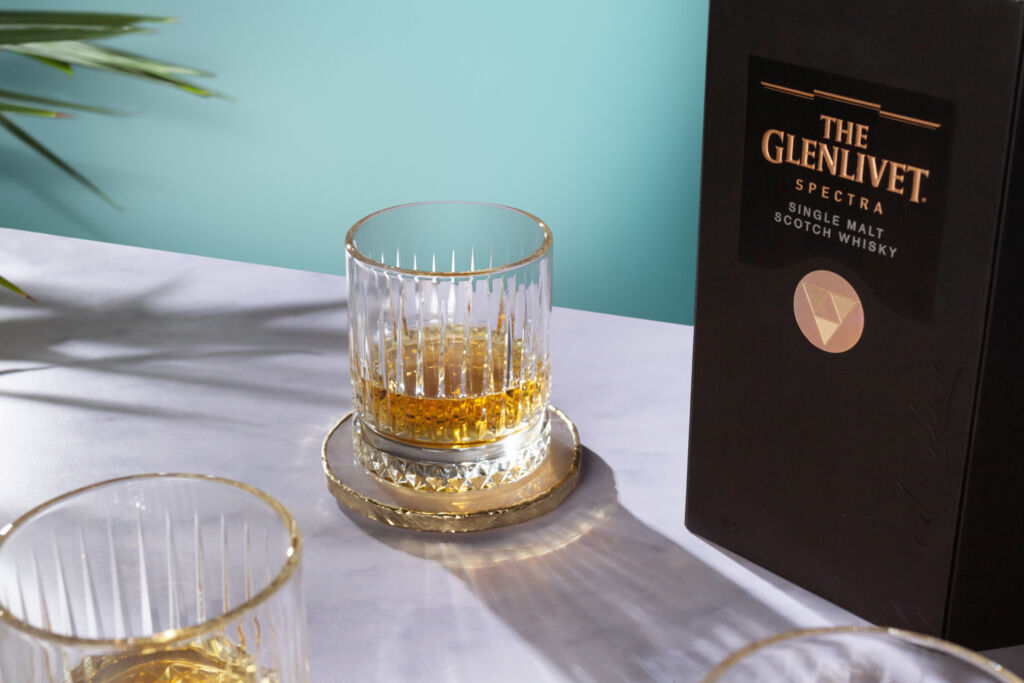 After a one-year wait, it was the moment that fans of The Glenlivet Spectra had been waiting for – the grand reveal of what lies within in the three 20cl bottles, which has left people, including The Glenlivet’s own team, guessing and hypothesising during the past twelve months.

With COVID-19 preventing a physical event, The Glenlivet turned to Facebook Live for the big moment. With whisky aficionados dialling from countries across the globe, including the US, Canada, Luxembourg, and the UK, Master Distiller Alan Winchester, responsible for conjuring up Spectra, aptly headlined the event before handing over to three of the brand’s ambassadors to tell all.

In fact, all that fans have had to play with during the past year were a few short descriptions on the beautifully engineered matt black trapezium-shaped box, whilst they have also been encouraged to put their tasting abilities to the test as part of a digital experience. 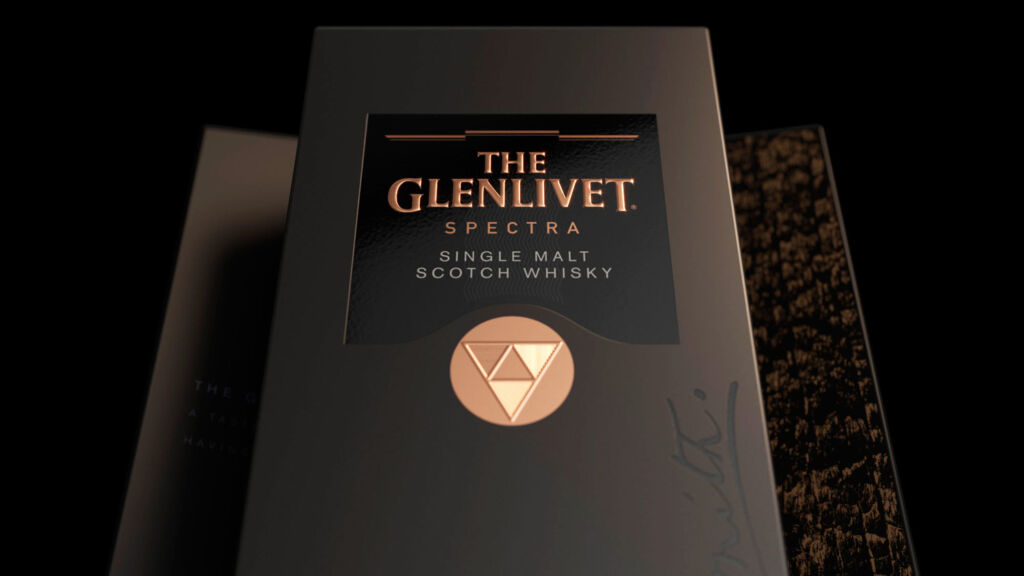 Spectra followed in the footsteps of previous matt black limited edition bottles to encourage people to experience whisky aromas and flavours without any preconceptions.

These were namely Alpha, Cipher, Code and Enigma (a US exclusive), bottles that occasionally go up for sale with the main online whisky auction houses. 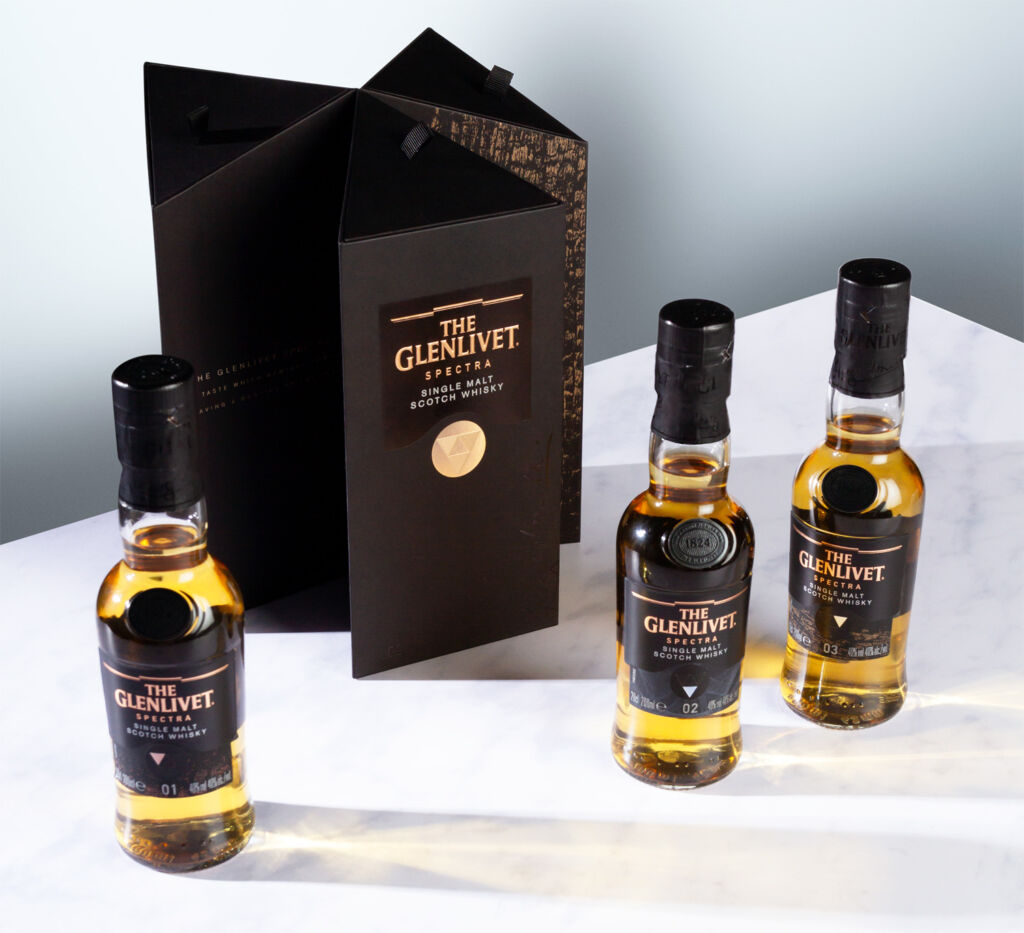 First up at the big reveal was The Glenlivet’s UK ambassador David Robinson, who explained that bottle no.1 is a 12-year-old double cask matured whisky. This expression has been formulated to have two cask types combine in perfect harmony to really complement The Glenlivet’s classic style.

The whisky has been fully matured in first-fill sherry butts and American oak barrels, which means that there are notes of vanilla, a hint of creaminess, as well as complex fruitiness. On the nose, there are rich flavours of sun-kissed orchard fruits with a hint of tropical notes on the back.

On the palate, you will find smooth and sweet fruit notes, such as fresh peaches, pears and syrup, whilst there is vanilla in there too. The finish is warming and pleasing with lavish marzipan, fragrant honey and some freshly-picked hazelnuts.

Bottle no.2 was unveiled by Minenhle Radebe, the distillery’s ambassador in South Africa, which has been made from The Glenlivet’s 12-year-old ex-peat. It means that a European and American Oak cask has been used to mature it, but it has been finished in an American oak cask that has peated notes.

The colour is very light due to the barrels that have been used, and on the nose, there’s ripe pear, some citrus zest and a whisper of smoke. This expression has a nice and long Picante finish.

Probably the most spectacular of the Spectra trio is bottle no.3, introduced by Jenna Murray, The Glenlivet’s US ambassador. 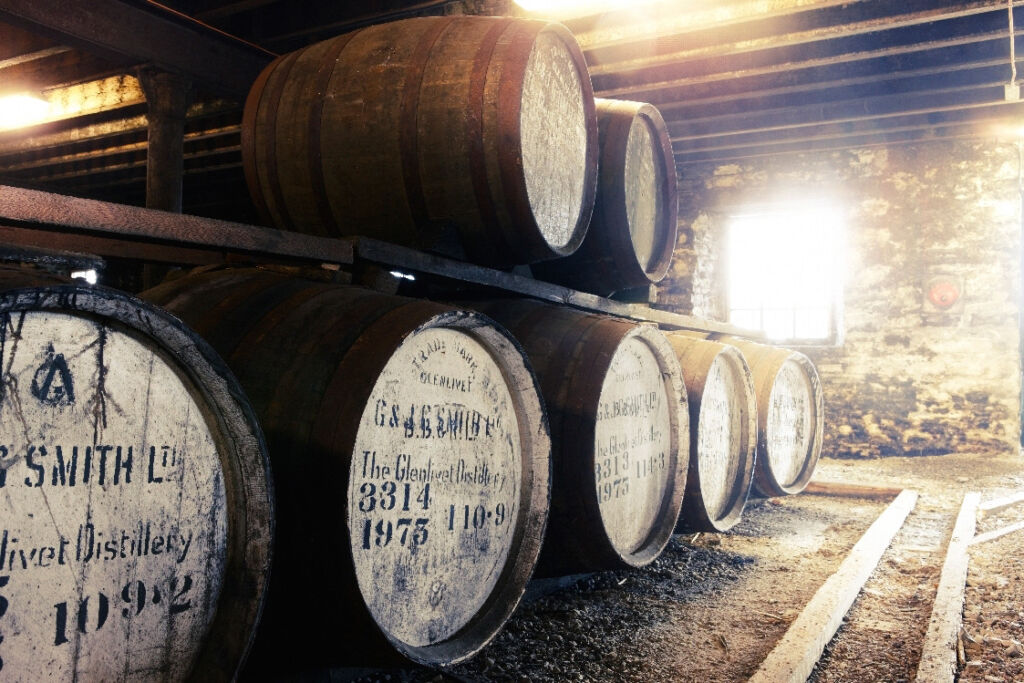 The hint given to drinkers of this expression, which has a light golden hue, was “Whisky touched by flames”, suggesting a smoky characteristic. This is a 12-year-old whisky aged in double charred barrels. This means that the whisky was fully finished in double charred casks, barrels there were freshly emptied and re-charred immediately to create a deep, rich character.

In terms of the tasting notes, soft and creamy vanilla with lots of toffee can be found on the nose. On the palate, there’s sweet honey and cinnamon intertwined with pears dipped in dark chocolate. The finish is enduring sweet vanilla with a nice and pleasant tang.

The wait is now over, the drams have been consumed, and the long-standing mystery has been solved. All we can do now is wait in anticipation for what comes next in this truly mesmerising series… 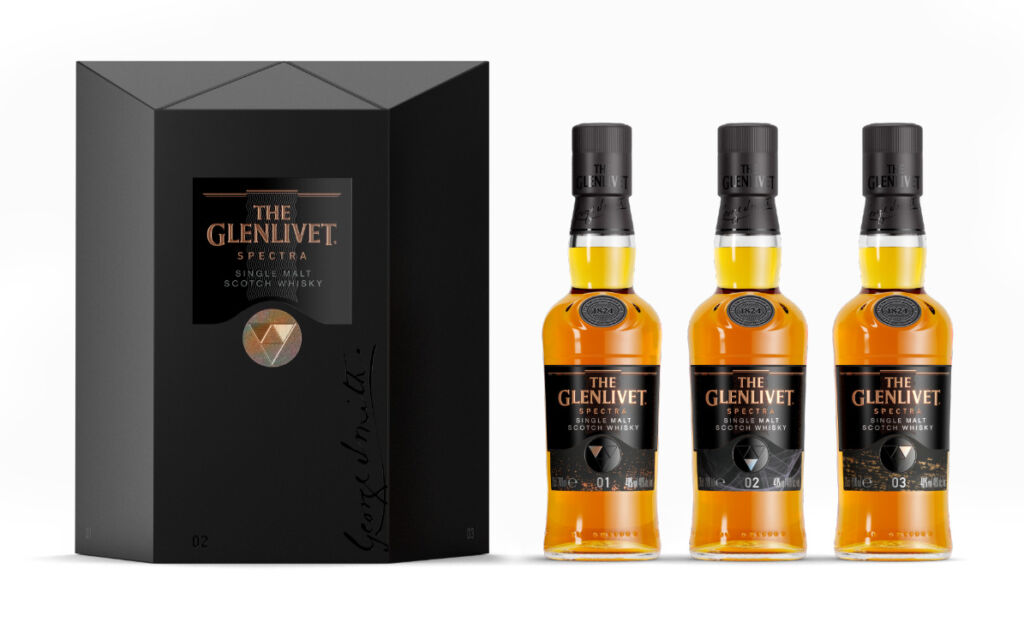 The Glenlivet Spectra – Where and How?

The Glenlivet Spectra is currently available from The Whisky Exchange, priced at £99.95, and from Master of Malt, priced at £105. Now that the secret’s out, expect it to go fast.