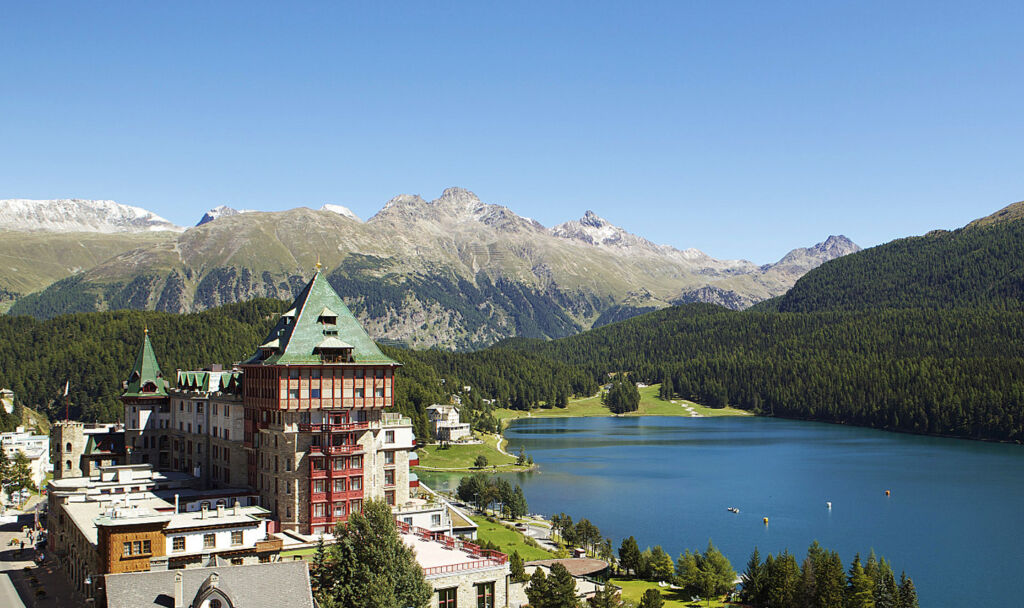 Luxurious Magazine went along to find out how the five-star Badrutt’s Palace Hotel in St. Moritz, Switzerland, has used its enviable position overlooking the lake to become eco-friendly.

At a time when the world is shifting towards more sustainable lifestyles, hoteliers are doing their utmost efforts to go green. In fact, Badrutt’s Palace Hotel in St Moritz has been taking this concept seriously for years. Staying in grandeur buildings with all the luxury trimmings is a lure for any traveller. But knowing that the hotel has taken serious steps to move towards a more eco-friendly stay, has an added appeal.

As the gothic-style landmark celebrated its 110 years in 2006, Badrutt’s Palace marked it by heating its premises with an innovative eco-friendly pump system using water from Lake St. Moritz. 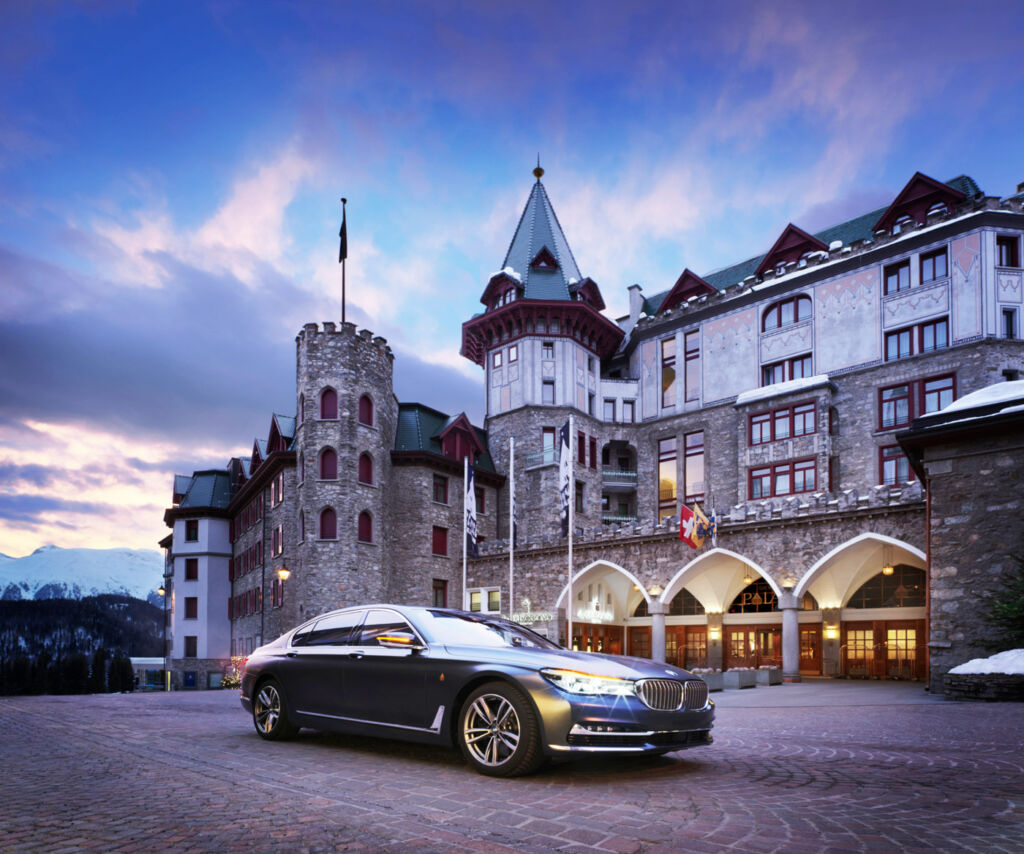 To warm up a large hotel and a schoolhouse by extracting heat from Lake St Moritz sounds outlandish, but it’s already a reality. It saves a lot of energy and makes a valuable contribution to the improvement of air quality in the Engadin. Thanks to the new heat pump plant, approximately 475,000 litres of heating oil are saved yearly, reducing CO2 emissions by 1,200 tonnes.

It covers 80 per cent of the hotel’s total energy needs and over 70 per cent of that of the schoolhouse. Further planet-saving measures include doing the laundry in-house, recycling old soaps, using as many regional food and non-food products as possible, reducing food waste by donating it or integrating it within innovative dishes served throughout the day. 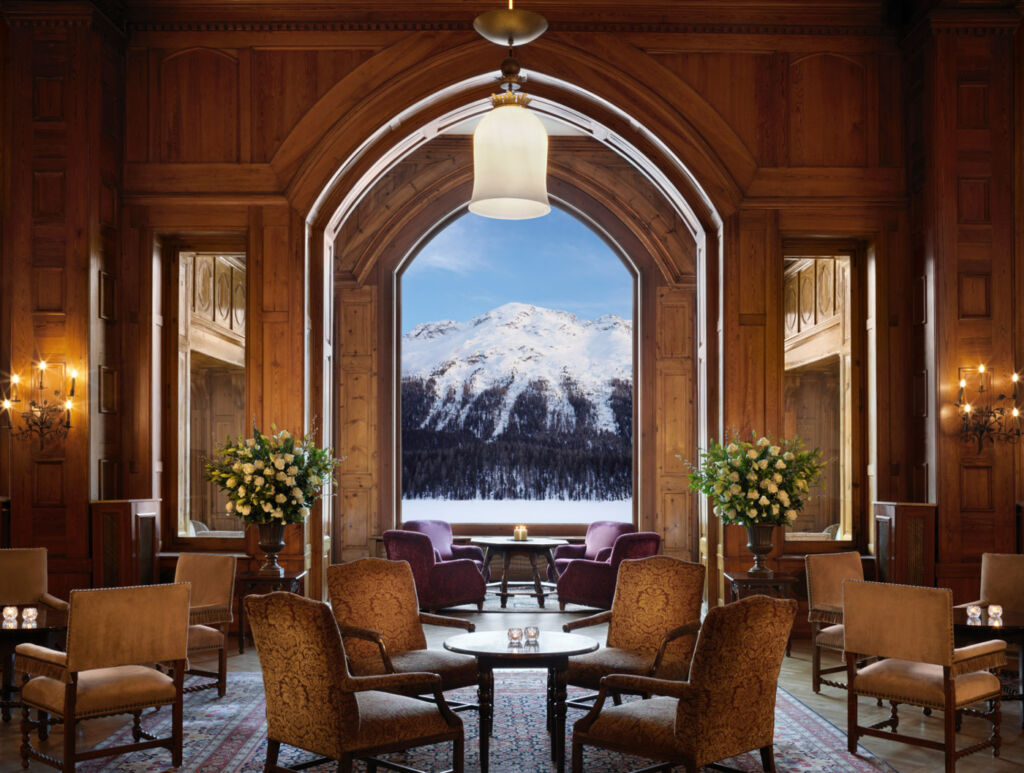 Built-in 1896 by Casper Badrutt, famous for attracting the British to the resort, Badrutt’s Palace Hotel retains much of its historic splendour. Most of the furniture in the lobby, affectionately known as the ‘Living Room’, is original, together with the books in the cabinet, the 19th-century Italian art and the six-metre-high ceiling.

The elegant room wouldn’t look out of place in a period TV drama, and perhaps this was one of the reasons that attracted film director Alfred Hitchcock, who during his lifetime, stayed at the hotel some 34 times. I was told by staff that the hotel’s scenic views provided the backdrop for many of his renowned films. It was while he sat at this desk in room 501 (also called The Hitchcock Suite), he reportedly penned ‘The Birds’ (1963), inspired by the flocks of mountain birds soaring above the hotel. 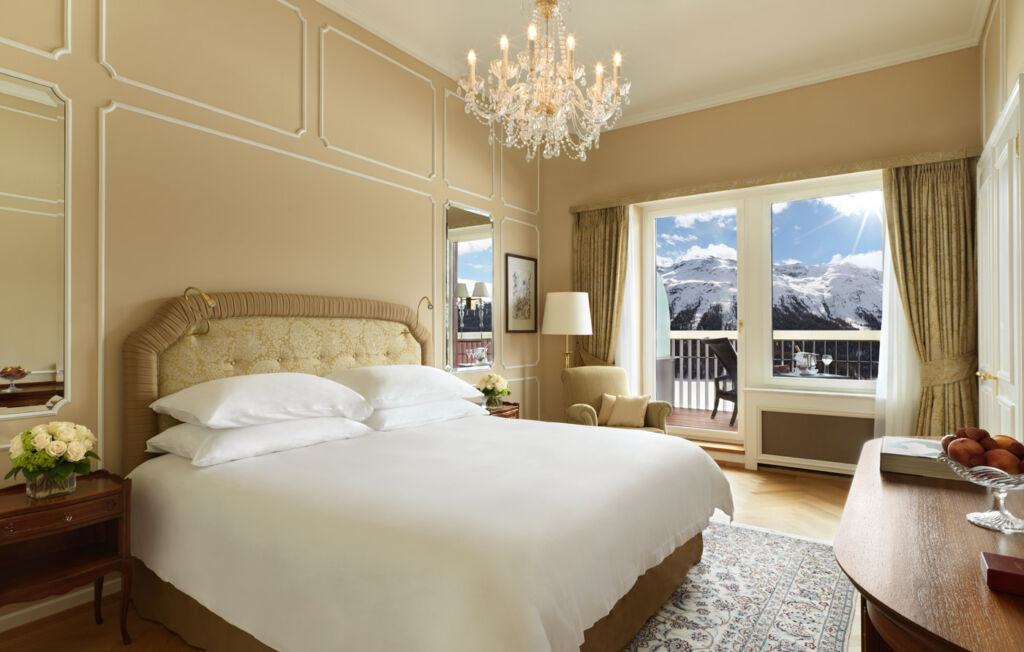 Elegantly decorated in neutral colours, the hotel’s rooms are plush and house huge beds with the comfiest of mattresses and luxurious duvets. We were blessed with a superior room and a balcony overlooking the lake and a swanky marble bathroom, complete with a rain shower and bath. 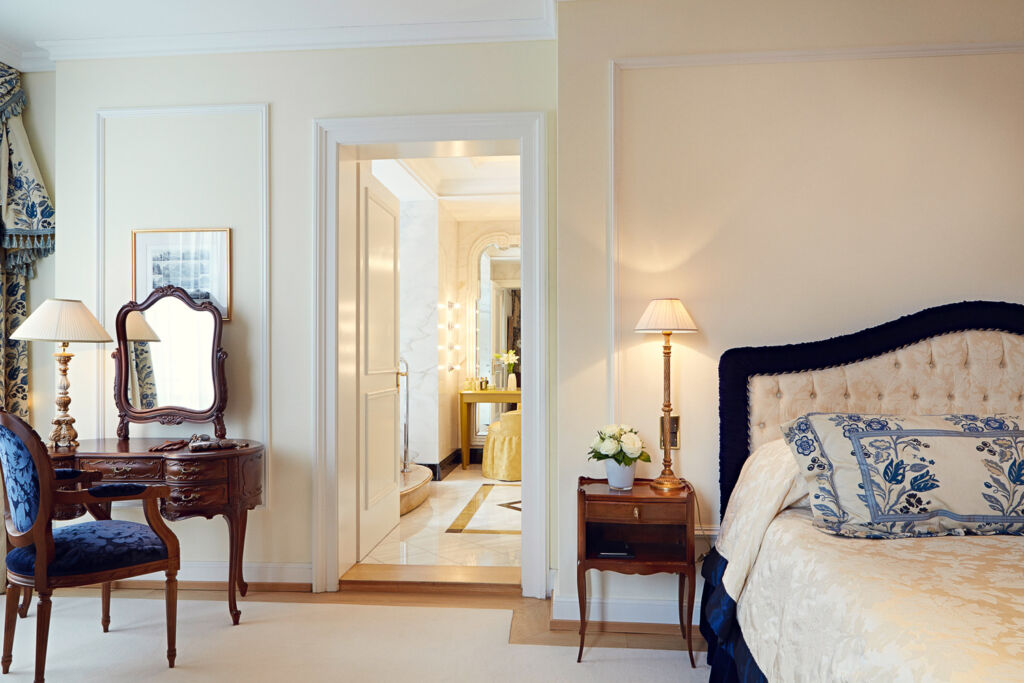 There was no coffee or tea making facilities in our room, but the minibar was included in our stay which was replenished daily.