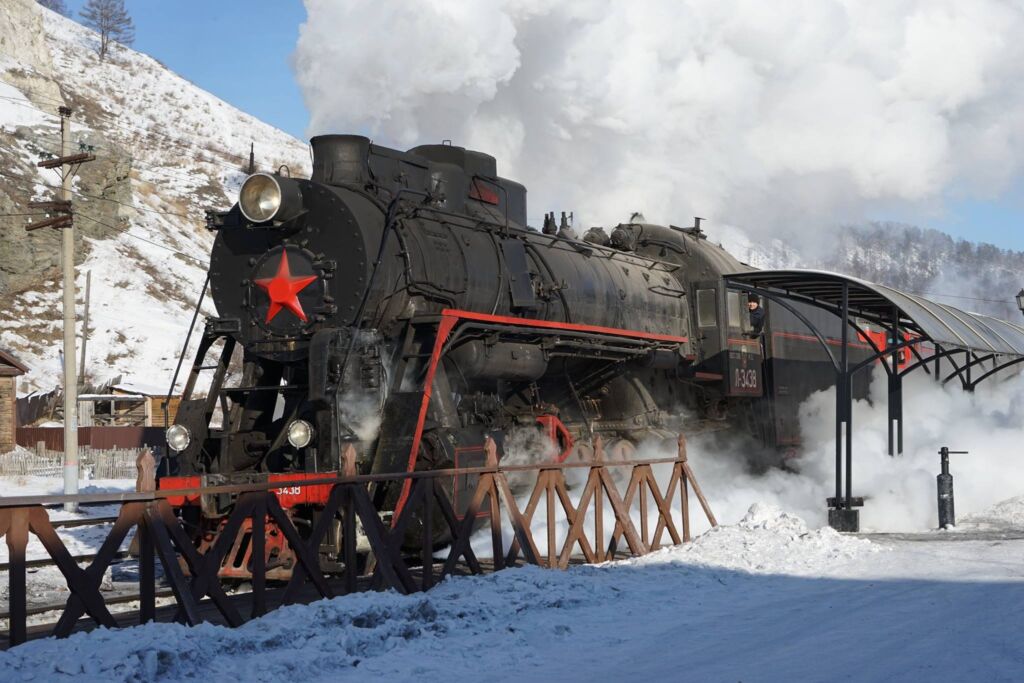 Golden Eagle Luxury Trains is a pioneer in developing tourism in Russia mainly using steam traction. In October 2019, they celebrate 30 years of operation and during this time they’ve witnessed the former-communist country evolve into a vibrant capitalist society, let’s look at their story…

From a Polish Sand train to Russia’s Trans-Siberian Railway, the journey of rail tourism pioneer Tim Littler has been nothing short of fascinating. October 2019 will mark 30 years in the rail business for the President and founder of Golden Eagle Luxury Trains, the world’s leading provider of luxury long-distance railway journeys. Part of the excitement of running the business is developing exciting new itineraries and next year’s programme of luxury adventures by rail is no exception. 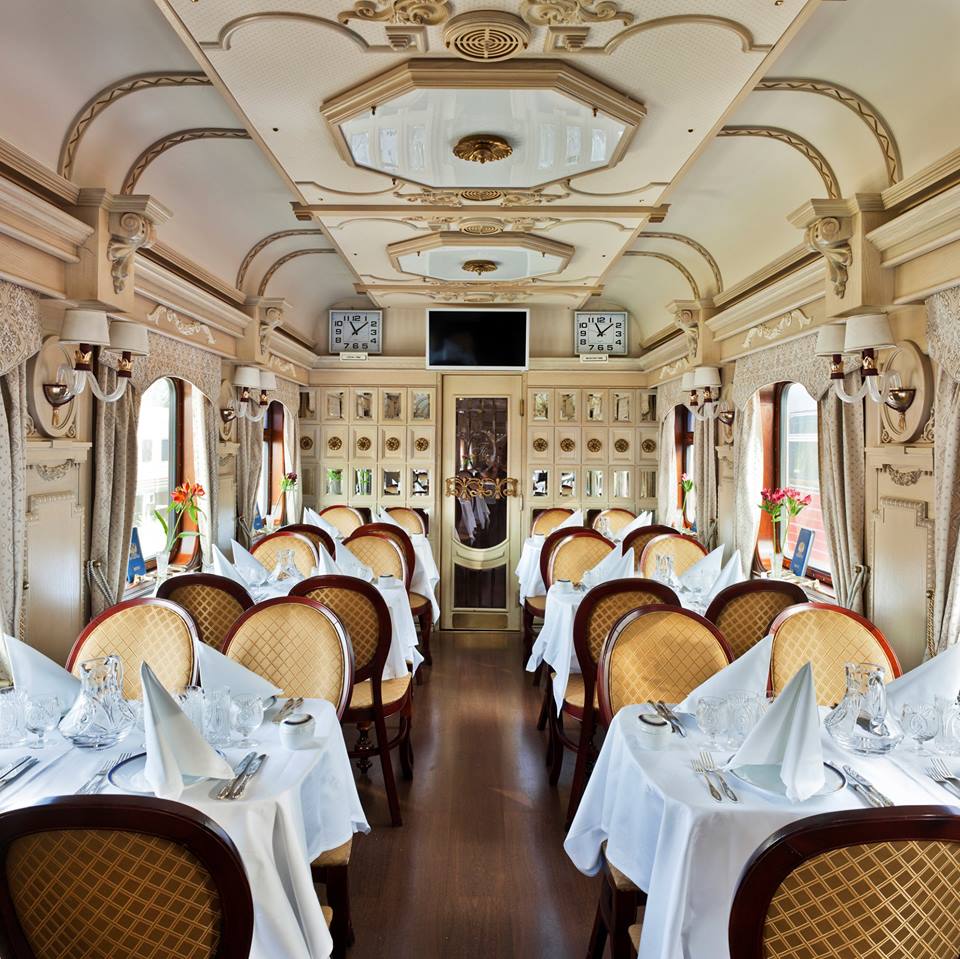 Formerly known as GW Travel (and later renamed Golden Eagle Luxury Trains), the company was set up in 1989 just before Communism ended in the Soviet Union and Eastern Europe when the concept of a private train in Russia was a novelty, to say the least. Surprising to many, this British company, that has always been based in Cheshire, is responsible for running Russia’s only fully en-suite private luxury train. Indeed, Littler has successfully been operating rail journeys on Russia’s Trans-Siberian Railway – undoubtedly the world’s greatest railway journey – for 23 years. This year alone, some 870 passengers have made this iconic journey, amongst others, on-board their flagship luxury train, the Golden Eagle Trans-Siberian Express, built for the company in 2007.

No stranger to the highs and lows that come with operating rail holidays in challenging destinations, Golden Eagle Luxury Trains more often than not chooses to take passengers to places that they would find it hard to see by any other means. For example, in 2015 the Golden Eagle Danube Express, one of two trains launched for the company by HRH Prince Michael of Kent GCVO, was the first European private train permitted to cross into Iran.

How it all began
As a precocious teenager (aged 15), Littler successfully chartered a train hauled by the Flying Scotsman steam locomotive in the UK, selling 350 tickets and making a profit, to boot. But it was the company’s remarkable first overseas charter, on the Kotlarnia Sand Railway in the Silesian coal mine area of Southern Poland, that instilled his passion for more exotic adventures. Here he added a passenger carriage to a train that was carrying sand to a coal mine to back-fill the coal workings, and 37 people ‘came along for the ride’ (45 miles). It was a world away from the luxurious Golden Eagle Trans-Siberian journeys that the company operates today.

Next came a passenger train charter from the Hook of Holland to Rotterdam and onto Berlin. By 1996 when the first Trans-Siberian charter from Moscow to Vladivostok arrived, the company had operated train tours between the Atlantic and Pacific coasts, across all of Europe and Asia (and all hauled by steam) – nearly 12,000 km. Since that Polish Sand Railway charter, well over 500 tours by private train have run, covering nearly 2.25m miles and carrying more than 25,000 guests, mainly in Russia but also in China, Africa, Western Europe, India and Canada.

In 2020, the company will be operating a further 40 tours, taking passengers to far-flung corners of the world, among them Moscow, Chennai (Madras), Vladivostok, Samarkand and Lhasa. 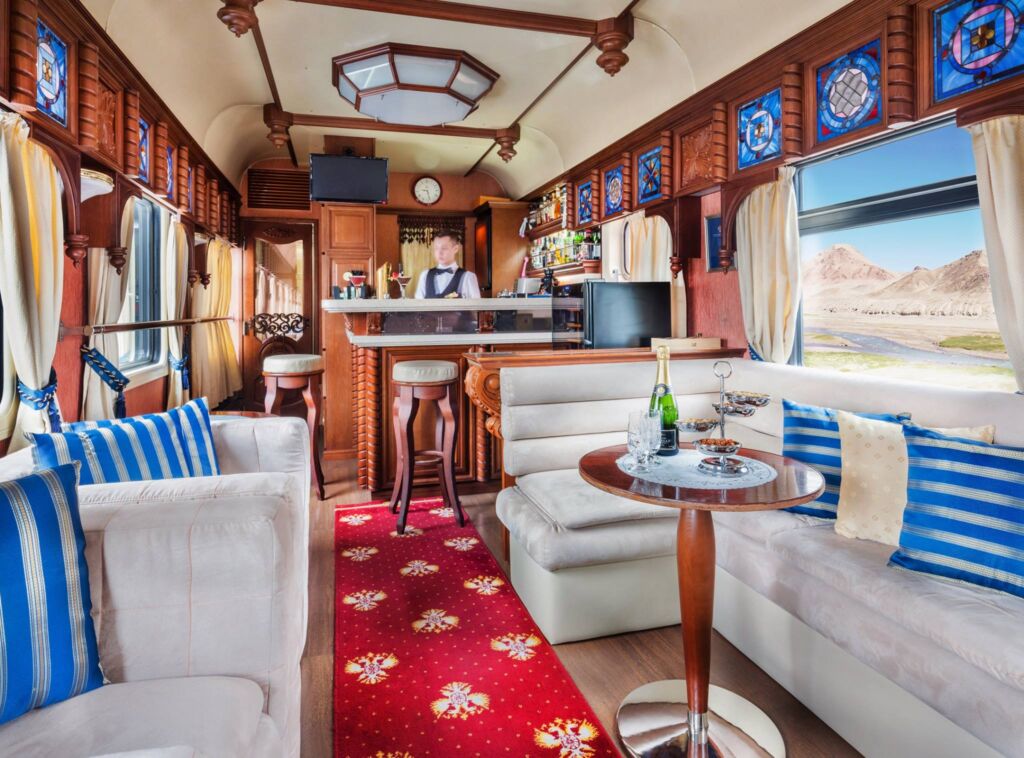 Highlights for 2020
Among the most spectacular trips scheduled for 2020 is the Crimean Express by Steam, a spectacular journey, entirely by steam haulage, throughout Russia, Belarus and onto the Crimean Peninsula. En route, passengers will learn about the infamous Charge of the Light Brigade and the work of Florence Nightingale, with next year marking the 250th anniversary of her birth.

This extraordinary route takes in Novgorod, one of Russia’s oldest cities, before delving into Khersones, reputed to be the most complete ancient Greek settlement in existence which only opened to visitors a few years ago. Furthermore, it will cross the new railway bridge from Russia to Crimea which is set to open later this year, following the new road bridge last year. Departs 19 October 2020, 17 days, from £15,395pp based on two sharing.

Also introduced next year is the Republics of the Silk Road tour, one of the most evocative rail journeys in the world. In the 1990s the company operated private steam-hauled trains in all 15 of the former Soviet Union Republics. In 2020 however, the itinerary will travel through the Five ‘Stans’, the Southern Republics of the former Soviet Union: Turkmenistan, Uzbekistan, Kazakhstan, Tajikistan and Kyrgyzstan. Departs 5 April 2020, 17 days, from £17,495pp (with no single supplement).

Golden Eagle Luxury Trains’ philosophy is to provide fully-escorted private rail tours for the adventurous traveller who is drawn to the excitement of visiting fabulous, and often remote destinations but who wants to appreciate them in comfort and safety. But beyond that, it is the First Class customer service, elegant surroundings and fine dining that sets these voyages of a lifetime apart. 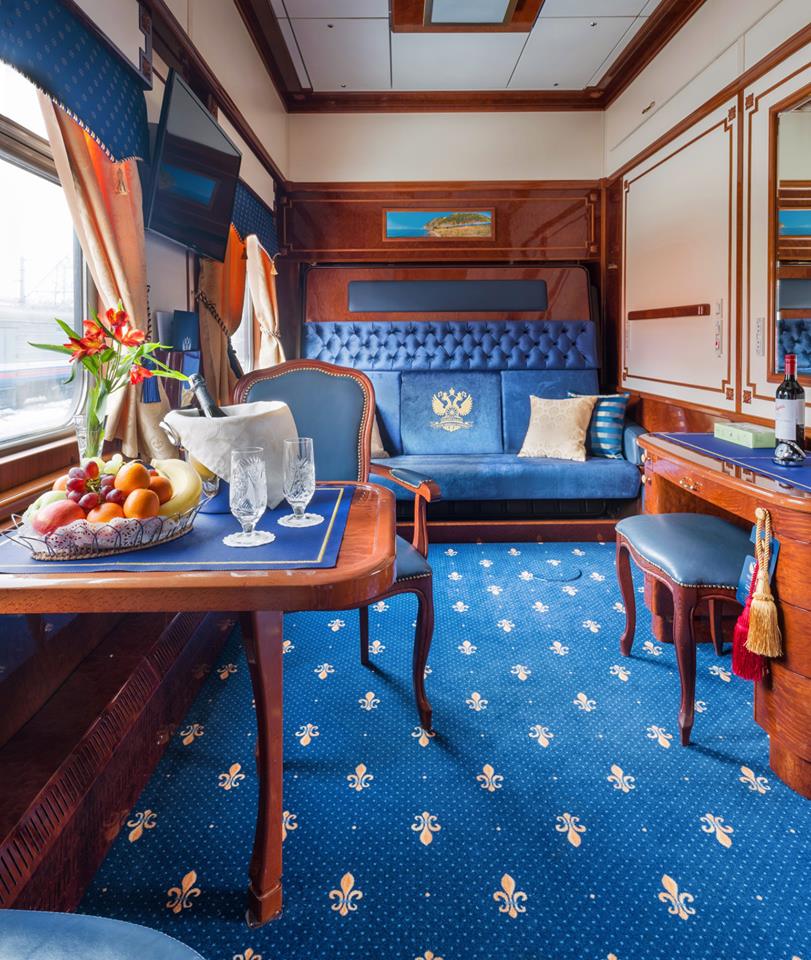 Sample Price for the Golden Eagle Trans-Siberian Express Tour
Undoubtedly the world’s greatest railway journey, the Trans-Siberian Railway runs like a steel ribbon across mysterious Russia connecting east and west from Moscow over the Urals, across the magnificent steppe and alongside the shore of the world’s largest freshwater lake.

In 2020 there will eight departures, east and west-bound. Price: A 15-day all-inclusive tour from Moscow to Vladivostok costs from £12,995pp based on two sharing in Silver Class (from £15,995 in Gold Class and from £26,695 in an Imperial Suite), including 1 night each in 5-star hotel accommodation in Moscow and Vladivostok, 12 nights’ onboard the Golden Eagle, all meals, wine, beer and soft drinks, fully guided off-train excursions programme, porterage, arrival and departure transfers, the services of a Tour Manager and gratuities. Flights are extra.

Golden Eagle Luxury Trains – Where and how?