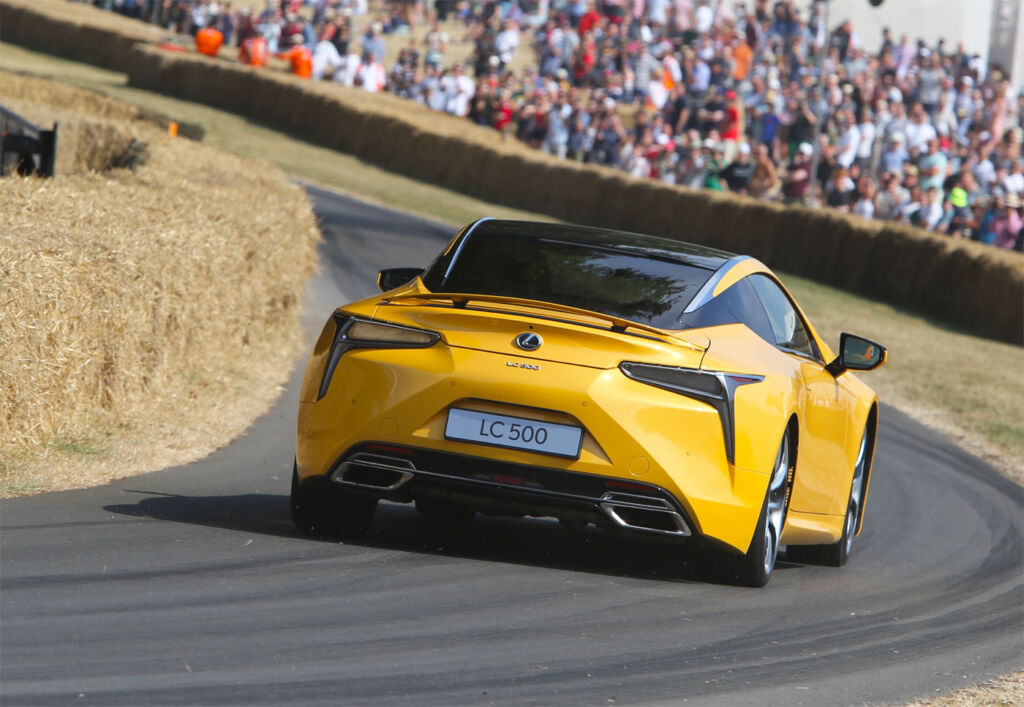 Jeremy Webb heads to the 2018 Goodwood Festival of Speed as a special guest of Lexus and is wowed by the brand’s ingenuity, forward-thinking design, and of course, their renowned luxury and hospitality.

I have been to the Festival of Speed (FOS) a few times as a member of the Press which is great as you get to access certain areas that the general public can’t, allowing you to get closer to the action. But I have never been as a VIP guest of a car manufacturer, so when I was invited by the luxury brand Lexus a big smile came over me. I knew this year would be even more special.

The documents came through the post and filled me with delight. Sponsors tags, VIP tickets and the all-important lunch tokens for eating in Goodwood house. This is a very big deal in the car world, as there is so much motorsport history connected to the Goodwood estate. I have previously looked with green eyes, as selected guests entered the house. Then take drinks on the balcony which has a perfect view of the hill climb track. Now I was one of the chosen few along with my guest. 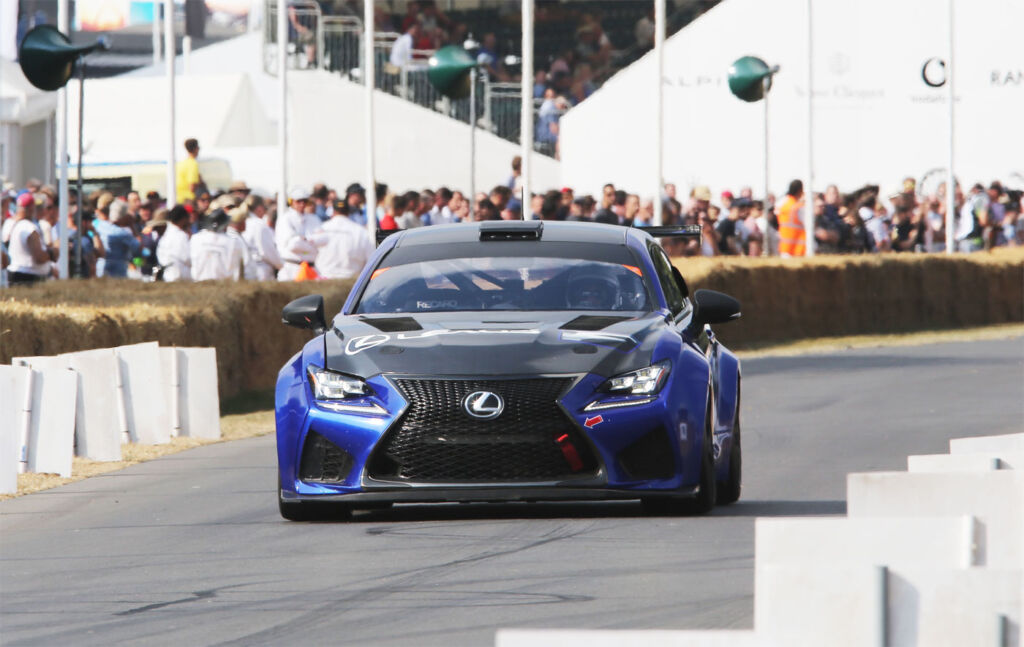 Lexus has a long connection with Luxurious Magazine and myself and other members of the team have driven several Lexus models, the reviews of which are in the online magazine. This year the brand are showcasing the new UX small SUV and the RXL large luxury SUV.

The UX will be the new premium small SUV in the Lexus range but not lack anything it’s bigger stablemates have. The interior and exterior offer the same luxury feel and look like all Lexus do. 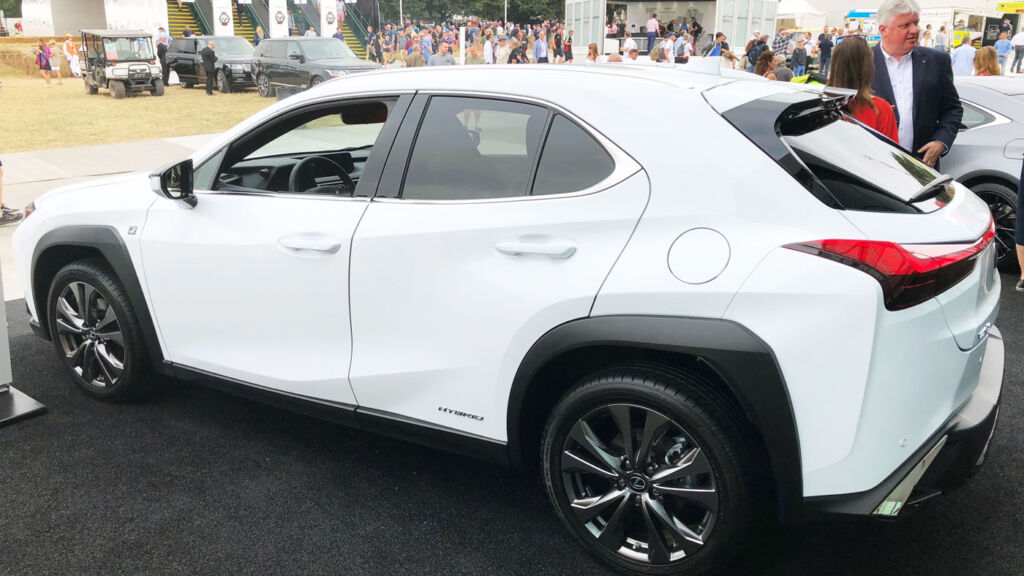 “The inside-out concept came from a lot of discussions within the team. We wanted to show the human-centric aspect of the concept in a visually as well as philosophically strong way. A strong symbiosis between the exterior and interior was felt to be important by all the designers involved. It was a key goal to create anticipation from the exterior, which could then have a visual link and expand into the interior.” Alexandre Gommier, Interior Designer. 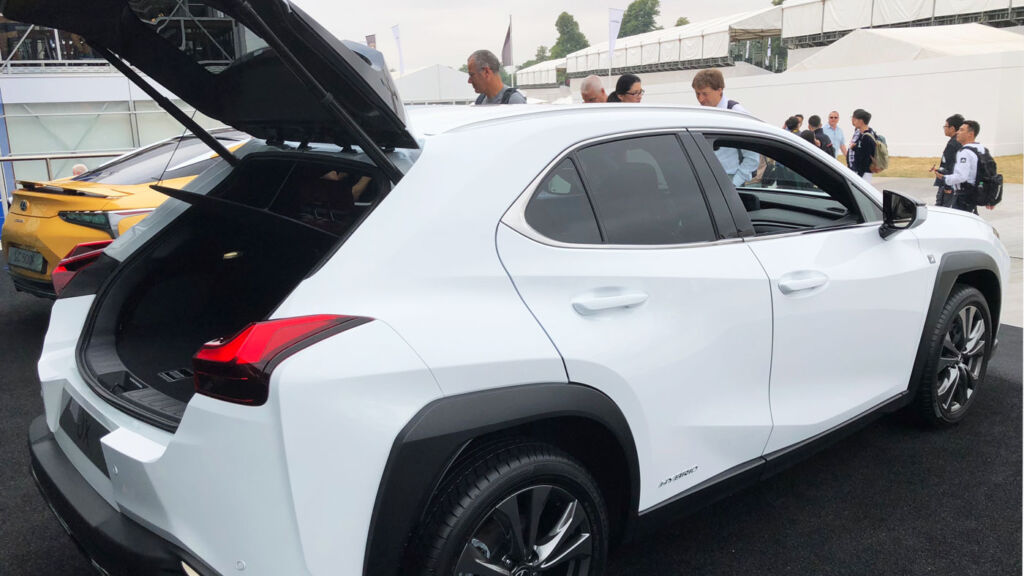 The car has been sculptured to blend parts of the so they all perform a function and still look good. The use of single materials allows a flow to the exterior looks continuous. It is a beautiful looking car.

The interior has been deconstructed as the designers’ state, with maximum space for occupants as clutter has been removed. New thinking with cockpit displays for both the driver and passenger allow more cabin room and through new technology more information and entertainment. 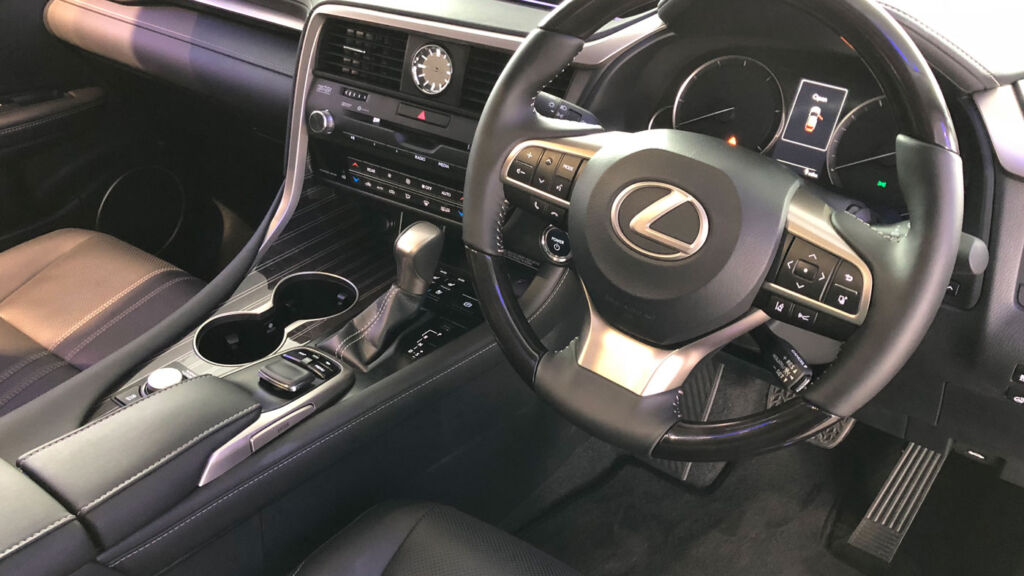 The UX is a self-charging Hybrid with four-wheel drive, due to an electric motor located on the rear axle. The petrol engine is 2.5litre powering the front wheels.

I am very impressed with it after spending quite a long time looking around the car and then inspecting the interior. It will sell well.