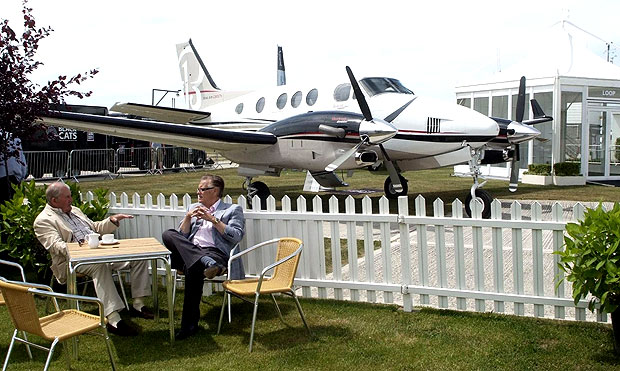 The third dedicated Goodwood Aviation Show will be held this summer as a fully-integrated attraction at the popular Festival of Speed and Moving Motor Show (28 June – 1 July).

The Goodwood Aviation Show is being relocated within the Festival of Speed’s stunning Goodwood Parkland site for the very first time, rather than being based at the Goodwood Aerodrome, as in the previous two years.  This will make the Aviation Show fully accessible to each of the 180,000+ visitors that are forecast to attend this summer’s event.

With this new on-site location, plus the valued support of Garmin – the leading manufacture of GPS aviation products for avionics – the annual Goodwood Aviation Show is set to expand considerably, with some additional attractions planned for the first time this year, including a dedicated military and civilian careers area.

Luxurious Magazine publisher Paul Godbold is lucky enough to have been brought up next to Goodwood (Chichester) and still owns a property within a few miles of the festival, he commented ‘The Goodwood Festival of Speed and the Goodwood Aviation Show are a true showcase fo your eyes, as you mingle with the crowd you start to realise just how international this event is and is a must visit if you can’

As in the past two years, the Goodwood Aviation Show will enable manufacturers and agents of fixed wing and rotary aircraft, as well as aviation service suppliers, to showcase their latest innovative aircraft designs and products to both a specialist aviation audience, plus an inquisitive and enthusiastic public.

With the assistance of Red Box – suppliers of aviation support equipment – to date over 20 exhibitors have confirmed their participation at the Aviation Show, already exceeding the total number of exhibitors at the 2011 event, with more still set to follow as Goodwood has increased the available exhibition space.  So far these include Pilatus, Honeywell, Nicholson McLaren, Transair, plus many others.  Further details of exhibitors at the 2012 Goodwood Aviation Show will be announced over the coming weeks and months.

Pleasure flights for the public visiting the Show will be available from the Goodwood Aerodrome during the event, located less than one mile from the Festival of Speed site.  Daily air displays are a highly popular Festival attraction – ranging from the Red Arrows to the UK public debut of the Air Bus in flight – and this year will be no exception, with interesting fly pasts currently in the planning stages, with news to follow shortly.

Since its introduction in 1993, the Festival of Speed has grown to become the world’s leading celebration of transportation for enthusiasts, with the prime focus being automotive, but other modes of transport also being celebrated, from pedal cycles, right through to high-speed boats and aircraft.

For further information about the Goodwood Aviation Show :