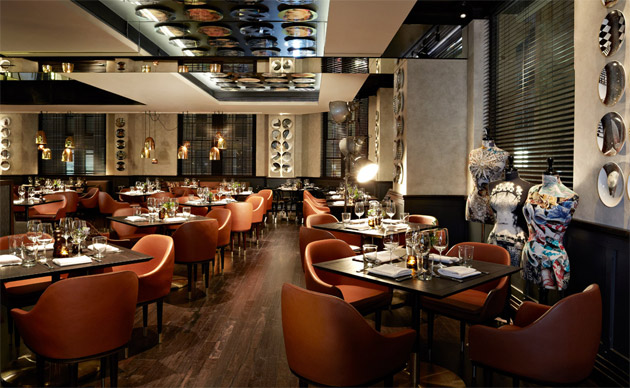 The opening of QT Sydney this September has already stirred up quite a bit of excitement. Art-driven design and eccentric characters throughout the hotel have given it quite the reputation in the Harbour City, and the bustling new Gowings Bar & Grill is one more reason to see what all the fuss is about.

Located on the first floor of the hotel, the restaurant offers a smart interpretation of classic brasserie cuisine, with an eclectic menu focused on fresh local ingredients and wood-fired cooking techniques. Robert Marchetti has joined the team as Creative Food Director, bringing more than 24 years of experience as one of Australia’s premier restaurateurs. 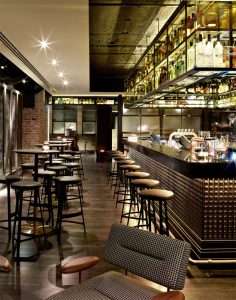 A New Twist on Tradition
From being greeted at the door by the “Directors of Chaos” to taking a ride in a lift with music reflecting the number of people in the group (romantic, lonesome or party), patrons of Gowings Bar & Grill will feel like they’re at one of the city’s hippest hangouts. Sticking true to the heritage of the Gowings Department Store and the historic State Theatre, ostentatious costumes and the theatricality of the “cast members” spice up the vibe, enhanced by the sleek, dark-tiled open kitchen with wood-fired ovens and rotisseries. Executive Chef Paul Easson, who has worked alongside notable chefs in London, Japan and Australia, and his team prepare a wide-ranging assortment of dishes, ranging from New York deli-styled classics such as Matzah ball soup and pastrami sandwiches, to new interpretations of delicacies such as yellowfin tuna tartar, suckling pig, whole-roasted quail and Wagyu beef steaks. Robert Marchetti plays with new twists to simple dishes with classic aromas, fresh produce, organic meat and sustainably caught fish. Ian Cook, Australian wine expert, joins Marchetti and Easson as the restaurant’s Wine Consultant, bringing a wealth of knowledge with him. The team has created a wine list that enhances the menu, with a selection of international and domestic wines, ranging from full-bodied South Australian reds to light and dry rosés from the South of France.

QT Sydney
QT Sydney is set within two of the city’s most iconic buildings – the historic Gowings Department Store and heritage-listed State Theatre. While the facades have been restored to their former glory, inside is a stunning mix of original features, curated digital art installations, eclectic artefacts and quirky design pieces inspired by the retail and theatre history of the buildings. Dramatic LED art walls are framed by restored art deco and baroque details, next to show-stopping spotlights and ornate gilt display cases throughout the hotel. Designers Shelly Indyk and Nic Graham have set many quirky nuances across all 200 rooms and the public spaces of the hotel. From amenities such as the in-house barber shop featuring hot shaves in the Q-spa, a 50-seat cinema, edgy design and flamboyant staff members, the show at QT Sydney is unforgettable. 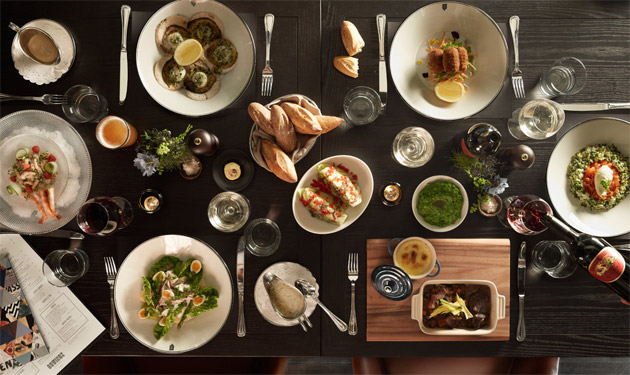