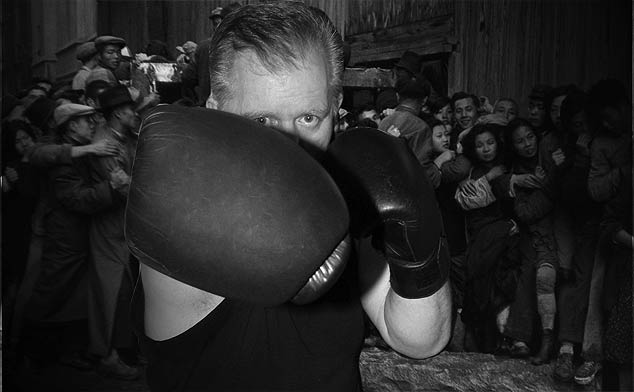 Sifu George Fitzgerald is a martial artist that has had the incredible distinction of having been trained by two of the legendary Bruce Lee’s best students. He is also the President and CEO of the Millionaire Warriors Club, a very special club that caters for very special people.

So, what is the Millionaire Warriors Club?
The Millionaire Warriors Club is a club reserved for high-net worth individuals, remarkable people, and those that want to live and experience life to the fullest. The types of people that SIFU George Fitzgerald teach the Martial Arts to are Fortune 500 and 1000 CEOs, serial entrepreneurs, Hollywood celebrities and executives, and professional athletes. These people are constantly pressed for time, people that demand the very best. It doesn’t matter where you want you training to take place, whether it’s within your home or a hotel, Sifu George can bring his renowned expertise to a location of your choice for a one-on-one confidential and private martial arts lesson. 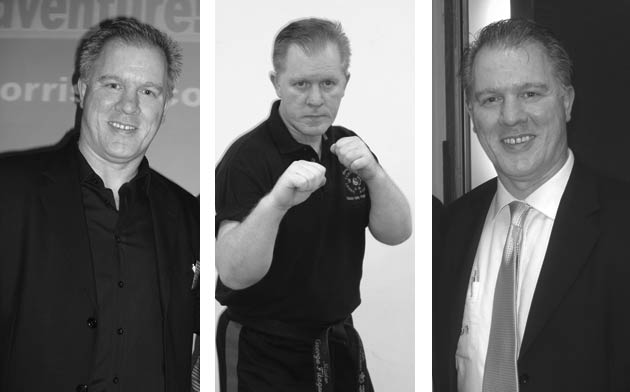 LM: What has been your highlight for 2012

GF: There have been many highlights this year of which I am very appreciative. If I can please briefly mention two, the first of which is the starting of my own weekly radio show, ‘Sifu George’s Martial Arts World.’

I was interviewed on Guess Radio by celebrity hairdresser, Stuart Phillips, in early October. The owner of the station was listening in and apparently thought I had something to offer his listeners. This led to my aforementioned own show which goes out every Sunday at 3 pm on guessradio.co.uk, where I share my 39 years experience of the martial arts, including such diverse features as ‘You Are What You Eat,’ Hollywood Celebrities Who Practise Martial Arts,’ ‘Practical Self-Defense Tips,’ ‘History & Philosophy’ and so on.

Also this year was a bittersweet occasion which I shall always remember. One of my teachers was Joe Lewis, an absolute Legend of martial arts. Among his many accolades he was a private student of Bruce Lee, a star of four Hollywood movies, the world’s first Heavyweight Kickboxing Champion and twice elected as the Greatest Karate Fighter of All Time!! Sadly, Joe succumbed to brain cancer 31st August this year. I attended his funeral in North Carolina, USA along with about 400 other mourners, including movie stars and many other celebrities of the martial arts world. At the memorial dinner afterwards, I had the extreme privilege of being one of only a dozen people to be invited to the podium to speak about my memories of Joe as I am the only person from the UK who was tested and qualified as a Joe Lewis Black Belt by the man himself.

LM: If money was no object, what would be the ultimate present that someone could give you this Christmas?

GF: Wow!! If money was no object, what would be my ultimate Christmas present? I believe that the greatest things in life are not ‘bought’,’ such as love and health – though money can certainly help even here! But from the perspective of a purchased present (so much to choose from) maybe I would opt for an all-expenses paid holiday on Necker Island in the company of Sir Richard Branson himself. Failing this – a super yacht!!

LM: What do you / the Millionaire Warriors Club have planned for 2013?

GF: My life has always been goal-driven, so I have MANY aspirations, both in my business and private lives, for the coming 2013. As I continue to grow my network, I’m excited with the appointments already set up for the New Year, including several HNW entrepreneurs and media celebrities … I would love to brag as to who these people are, but confidentiality is a prerequisite of being a member of the Millionaire Warriors Club (unless my client willingly waives this rule.)

In addition to continuing and increasing my one-on-one work with these celebrities of the corporate and entertainment world, I will be expanding into offering weekend and week-long Warrior Retreats in exotic locations – an opportunity for current or new members of the Millionaire Warriors Club to take their training to a whole different level.

Also in the pipeline will be a regular appearance on the upcoming Guess Radio TV Show and the introduction of a line of products – books, video and audio training – not only about physical martial art techniques, but rather the Warrior Mindset as applied to business and life in general. Alongside of this I will continue/grow my public speaking business.