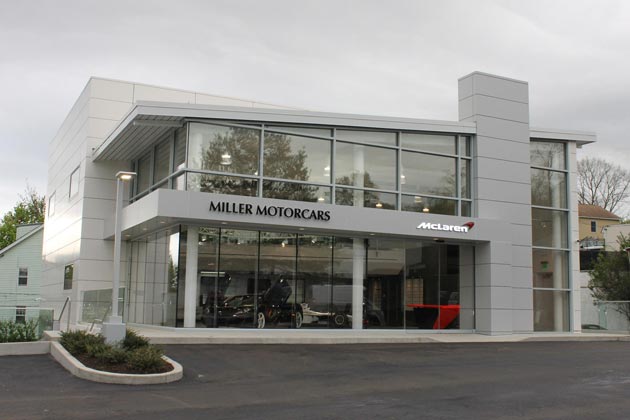 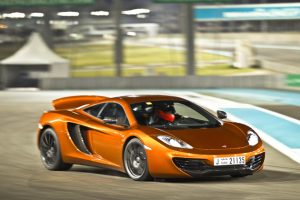 The $229,000 (base price) MP4-12C features a 3.8-liter V8 twin turbo engine, which produces 592hp and 443 ft.-lb. of torque. The innovative sports car, which features no ‘carryover’ component from any other vehicle, is capable of reaching 0-60 mph in 3.2 seconds (3.0 if fitted with Pirelli PZero Corsa tyres). The 12C’s unique carbon fiber ‘MonoCell’ chassis weighs just over 165 lbs. and is a clear representation of McLaren’s motorsport DNA: McLaren introduced a carbon fiber monocoque to Formula 1 in 1981 and has produced every one of its road and race car chassis since using the same composite material.

“Even with a car as meticulously designed and engineered as the MP4-12C, we know that satisfaction from driving the car must be matched with a world-class retail experience, and that is why we’ve selected partners like Miller Motorcars to represent us in North America,” said Tony Joseph, Director, McLaren North America. “Driving a great sports car is only part of the experience of owning a McLaren. As we establish an identity in this market, we hope that customer service and support become as identifiable with McLaren as our success on the F1 circuit.”

With the arrival of the 12C in North America, it becomes the first in a range of high performance sports cars from McLaren Automotive. Along with future models within the range, it will challenge the world’s best sports cars, benefiting from the expertise and virtuosity of the McLaren Group. The 12C is set to re-write the rules of sports car design through Formula 1-inspired engineering, a revolutionary carbon fiber MonoCell chassis, and an absolute focus on efficiency and quality. It represents ‘pure McLaren’; from unique engineering to bespoke design where everything is for a reason.