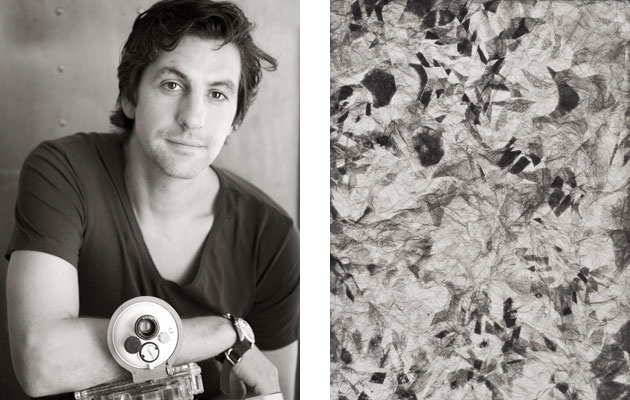 Continuing a longstanding tradition of special collaborations between Montblanc and artists, photographer Gregor Toerzs has once again been invited to create a series of photographs that give a different perspective on the world of Montblanc.

Gregor Toerzs’s background and training makes his approach to art so unique. He started his career in advertising in his hometown of Hamburg before moving to Los Angeles to learn cinematography from Academy Award winners John Dykstra and Doug Smith at the visual FX house Apogee. In 1993 he became a Director of photography working with famed photographer Michel Comte and establishing himself as a cameraman in the world of advertising and fashion working with major stars and commercial brands. His two art series “Boy on Safari” and “Ciel Lourd” have earned him international recognition.

His work has been seen at numerous international exhibitions and tradeshows, and his photography was incorporated into Wolfgang Joop’s 2009 fall/winter Wunderkind collection, printed on fabrics used in the German designer’s collections. In 2010, he began the expansion of his photographic horizons and mastered platinum and gum printing as well working with analog large format microscope photography. 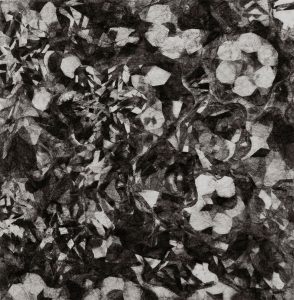 The seven pieces in the “Relief Crystal” series are inspired by the Montblanc star, the brand’s famous emblem, and the Montblanc diamond cut in the shape of the star. The Hamburg-born artist recently developed a series of works to celebrate the beauty of Montblanc’s Nicolas Rieussec Chronograph in his very distinctive style. He continues to draw on his original approach to photography to reinterpret the symbol of Montblanc’s identity.

It was while working on a series of macro photos of insects that he thought of applying this special technique to his second Montblanc collaboration. At first glance, the works in this series appear to be kaleidoscopic views, with contrasting geometric shapes swirling across the page. A closer look reveals what appears to be a scattering of rare gems. To achieve this effect, Toerzs used 50 diamonds shaped in the Montblanc star of just 1mm in diameter. Seen under the microscope, the stones are deconstructed and then layered, offering a completely different impression to the viewer.

The works are platinum prints, a photographic technique that emerged nearly 200 years ago and a medium that Toerzs likes to work with. The effect of these particular platinum prints is one of carbon or coal, which decompressed is the material that makes up diamonds. The photography is printed on handmade Japanese “Gampi” paper, known for its reflecting surface. Once printed, the paper is creased according to the shapes of the stones creating a three dimensional photographic object rather than a straight print.

Hung into its frame, it gives the appearance that it is flying in mid-air. The result is a set of photographs that emulate the qualities of a diamond: the light enters the diamond, refracts within the stone itself before finally exiting the crystalline structure.

For Toerzs, the aim of the work was to illustrate that moment in a stone quarry when a rock is carved out revealing the crystal relief mixed with rock and stone that emerges after the impact. What makes these pieces so unique is the way in which the artist photographs the subject. Somewhat bending the timeline by finding Montblanc cut diamonds in a wall of rocks adds to Toerzs’s wish for the viewer to engage in a fictional viewing experience.

By viewing objects from a completely different angle, with a composition that is not traditional, a different connection to the subject is achieved: surprising, enquiring and emotional.

Toerzs explains, “I enjoy working with Montblanc because I feel our relationship pushes me to develop new ideas that I have never attempted before. It is like a creative symbiosis, a further development for both me and my work.”

One of the seven pieces by Gregor Toerzs will be on display at the Pelleteria in Florence, Italy and all the works can also be viewed by the public at www.facebook.com/montblanc.