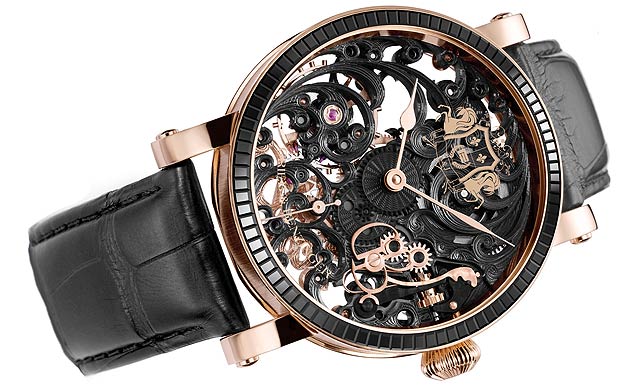 The Black Tulip Sabudha Imperial watch is a highly decorated and intricate wristwatch drawing inspiration from the mystery and magic of the Middle East, and prominently spotlights a re-imagination of the most mythical jewel in the world. 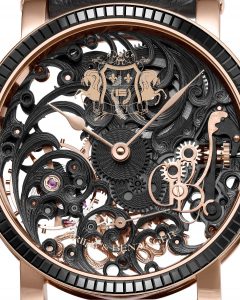 Pricing for the Black Tulip Sabudha Imperial will be within the six-digit US dollar spectrum. The hand-wound watch with an open-worked design is influenced by te Arabic style and specifically the artistic styling od the Sheikh Zayed Grand Mosque in Abu Dhabi. The brilliance and sheer desirability of this solid rose gold wristwatch does not stop there: attention is drawn to the bezel set with black gemstones, which are not black diamonds, contrary to what might be expected. Black diamonds are actually very commonplace nowadays, so instead of black diamonds, the bezel is set with incredible black spinel gemstones, aligned perfectly with invisible settings and glittering with a deep, ethereal intensity. These very jewels, which are rarely if ever used in watchmaking, have a wonderfully smooth, clean surface.

But what makes this gemstone even more precious, and what elevates the Black Tulip Sabudha Imperial wristwatch to even greater heights of wonder is the mythology surrounding spinel and the many priceless stones chronicled throughout history. The Black Prince’s Ruby is one of the most famous gemstones in the world. It is currently mounted, pride of place, upon Great Britain’s Imperial State Crown. And it is not a ruby, it’s a spinel.

You can find out more by visiting: www.Grieb-Benzinger.com 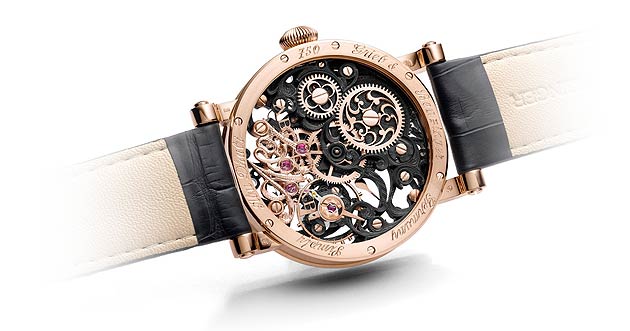