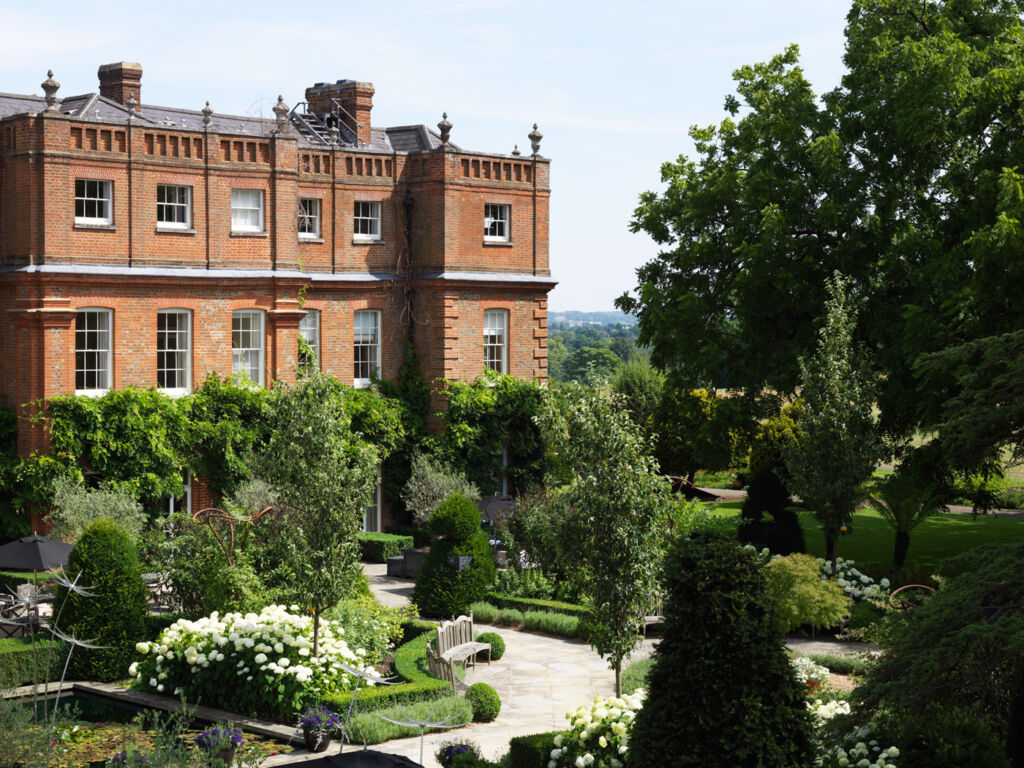 The sweeping drive rolls over a small bridge and through the beautifully kept golf course to reveal a red brick mansion house dating back to the 16th century. Once home to the Earls of Clarendon, it has since been extended, and is today a 215-bedroom five-star hotel and a firm favourite in the world of showbiz. 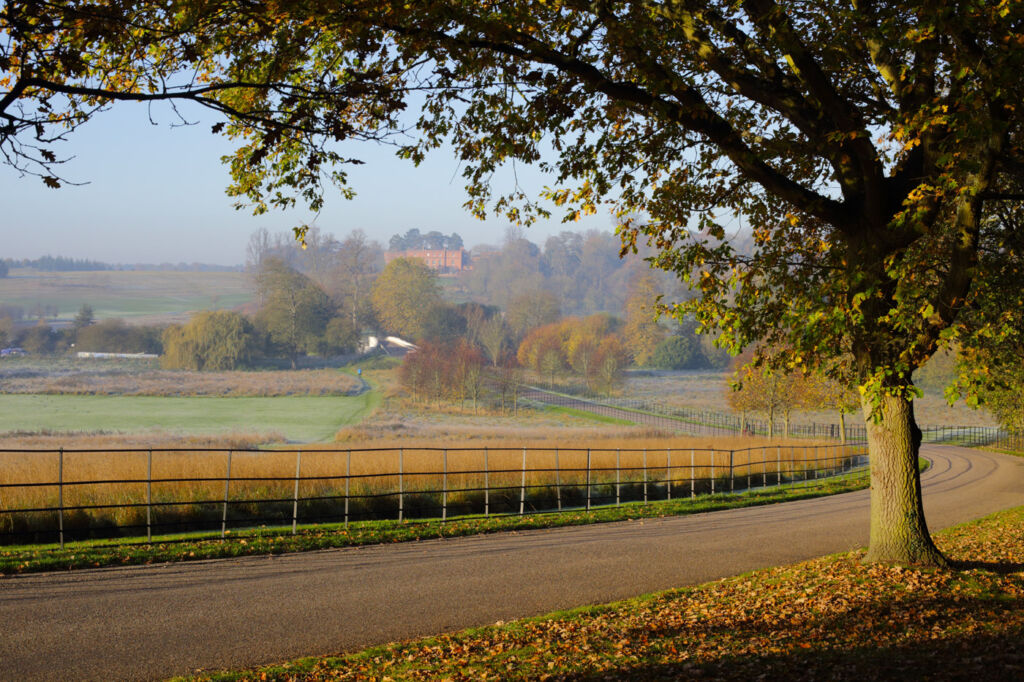 The X Factor Boot Camp has been filmed there, and it has also been used by the England football team when the squad plays at Wembley. Set in 300 acres of scenic countryside, The Grove is just 18 miles from Central London, and is easily accessible thanks to being close to the main arterial routes of the A41 and the M25. 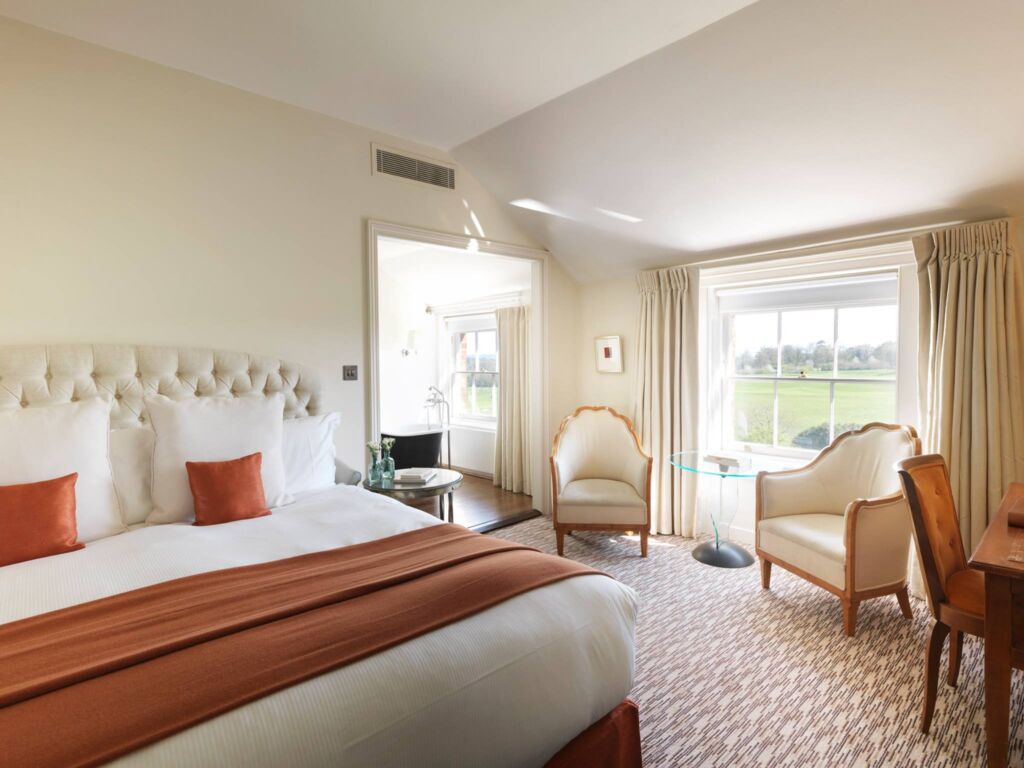 There are various classifications of accommodation on offer at this property, and on the Saturday night in July that we visited, the room rate was starting at £395 excluding breakfast for a Superior King or Twin which face the car park at the front. For those wanting the experience of residing in the older part of the hotel, the rate for a Deluxe King including breakfast was £670. The Executive, Vice Presidential and Presidential Suites are also available for guests who have the more extravagant budgets.

Greeted by some delicious macaroons, we stayed in a relatively spacious Deluxe King room in the West Wing, priced at £520 for the night including breakfast. It came furnished with a bed dressed in crisp white linen and faced the large Samsung Smart TV, plus there was some sand coloured soft seating and cushions. 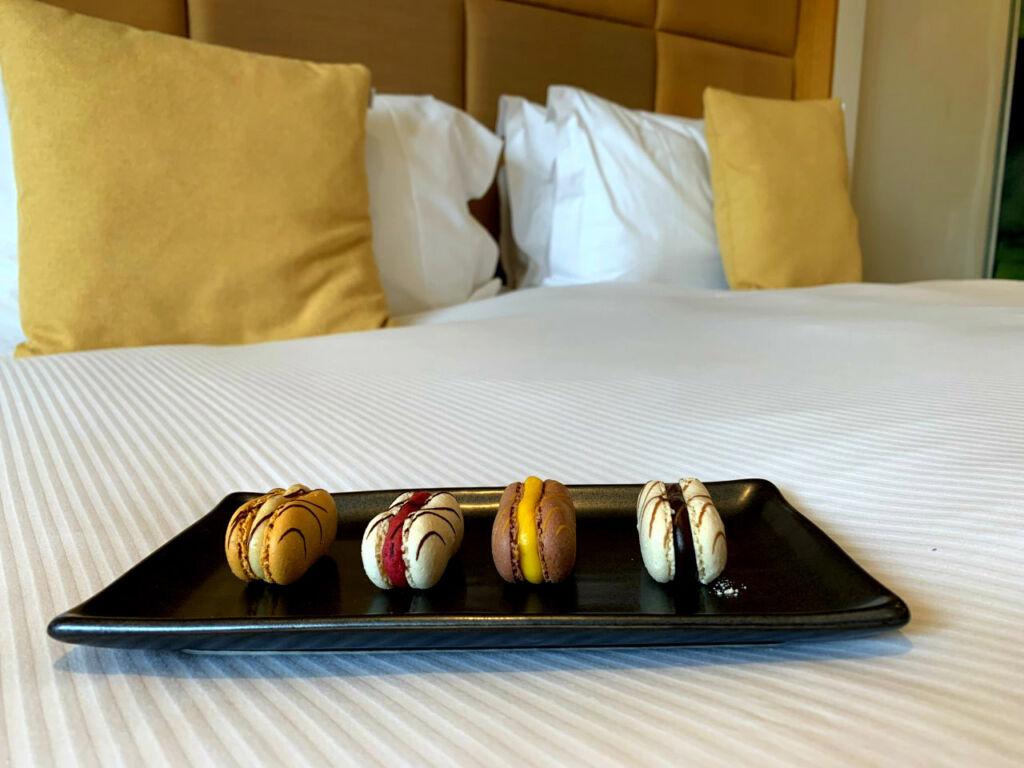 Pulling back the floor to ceiling curtains revealed a one-foot-wide balcony and a view of the beautifully manicured gardens and golf course which granted the added surprise of two helicopters landing and departing just a few metres away. 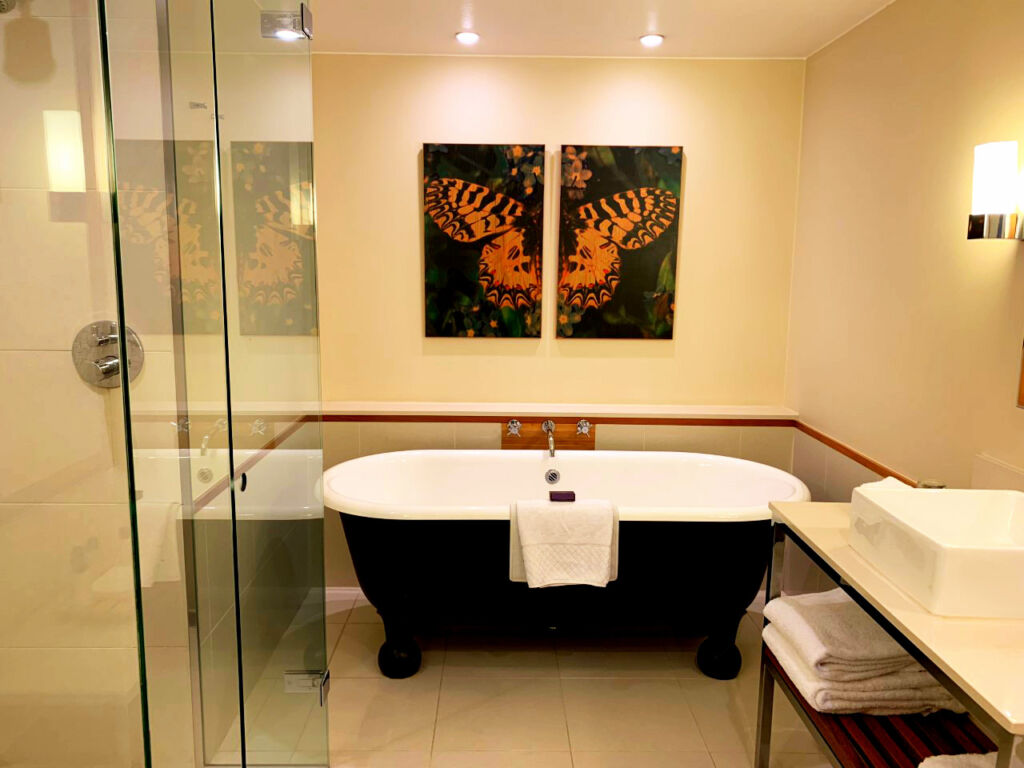 With our room being at the rear of the hotel, and overlooking The Glasshouse conservatory, it was a relatively quiet spot and was well insulated from the outdoors. The marble clad ensuite featured a standalone rain shower, a dressing table lined with nicely scented accessories from ESPA, and an inviting roll top bath over which a butterfly themed painting was hanging. At The Grove, check-in is at 15:00 on a Saturday, and departure the following morning is by 12:00, which gives ample time for a lie-in before kicking off the day.