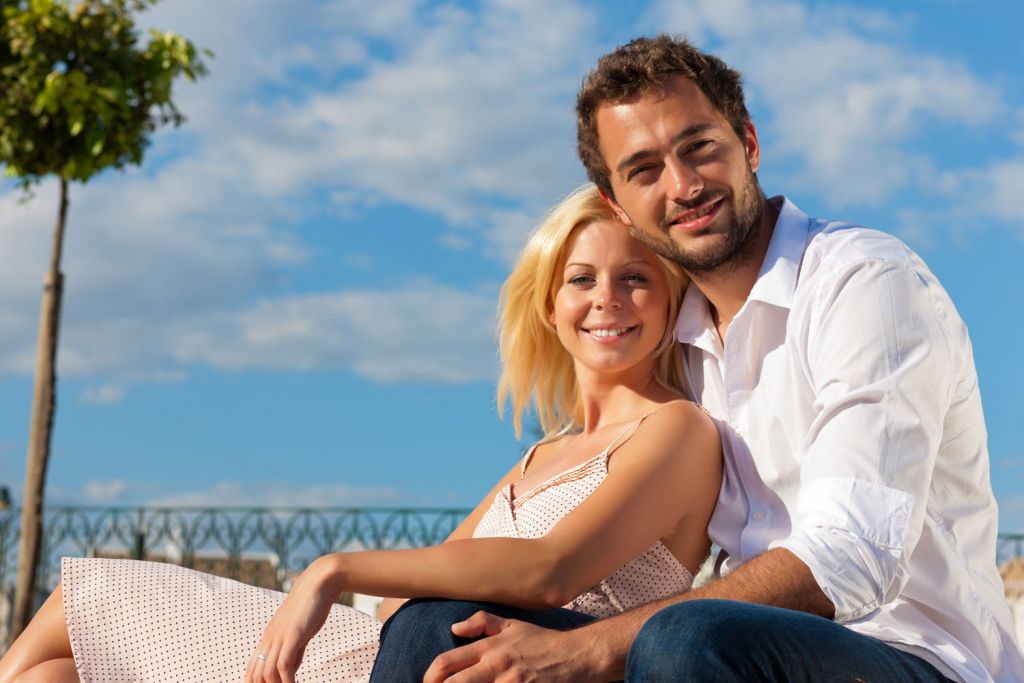 For many around the world, 2020 has been what can best be described as a travel write-off! However, that doesn’t prevent you from getting ready for 2021. To help you with your planning, here is a list of six boutique city breaks offering enough to meet every travellers needs and wants.

The appeal of a City Break
We at Luxurious Magazine are huge fans of city breaks. One of the main reasons is it’s hard to make a mistake unless you count the weather. The thought of being stuck somewhere you don’t like and not much to do should fill most with dread. City breaks eliminate this problem and best of all, they’ve always got more interesting places than the average traveller can cope with.

The city breaks chosen for this guide all have thriving restaurant and bar scenes, a multitude of cultural institutions and galleries, a wide range of retail outlets and so much more.

Vienna, Austria – One of the greenest cities in the world 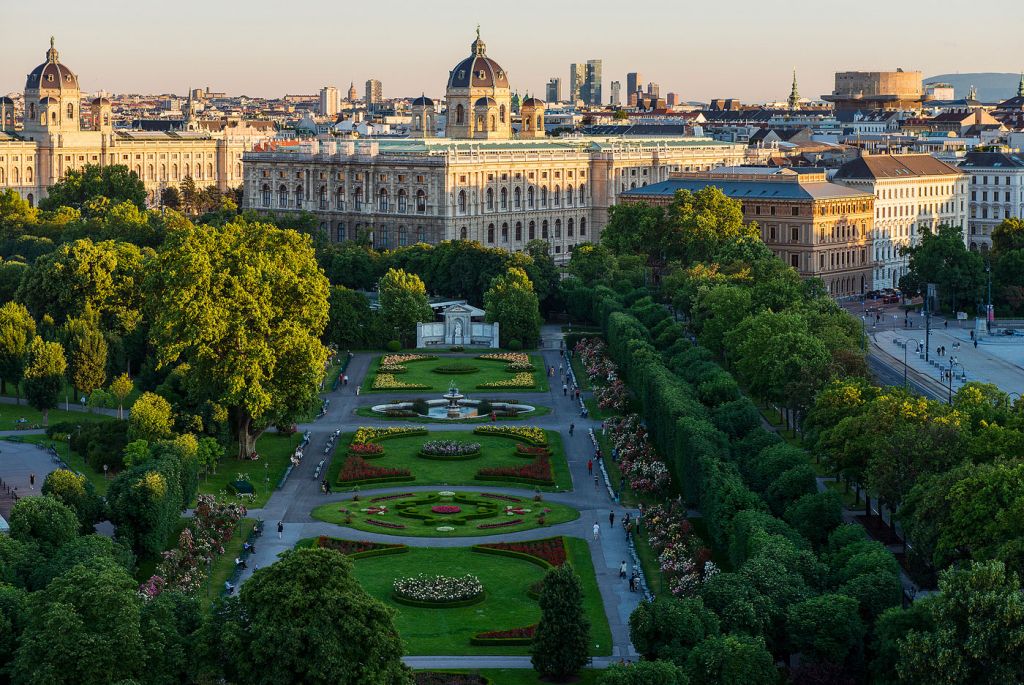 Vienna is renowned for world-class museums, galleries, exhibitions and shows, but what many people don’t know is that it is also one of the world’s greenest cities, with more than 50 per cent accounted for by green spaces! Travellers can breathe a sigh of relief in the knowledge that the city, with its 850 parks and 10,000 trees, can easily be explored by foot, meaning travellers can set their own pace in which to enjoy Vienna with its beautiful architecture, outdoor gardens and spaces, as well as its museums, galleries and shows.

What’s more, Vienna is dedicated to sustainable growth and ensuring that the city doesn’t fall victim to over-tourism, so, a crowded city break will be far from the agenda! As a leading green destination, visitors can have the confidence to enjoy beautiful Vienna safely, amidst its ample green outdoor spaces and famous attractions.

Baltimore, USA – Known as ‘Charm City’ for a reason 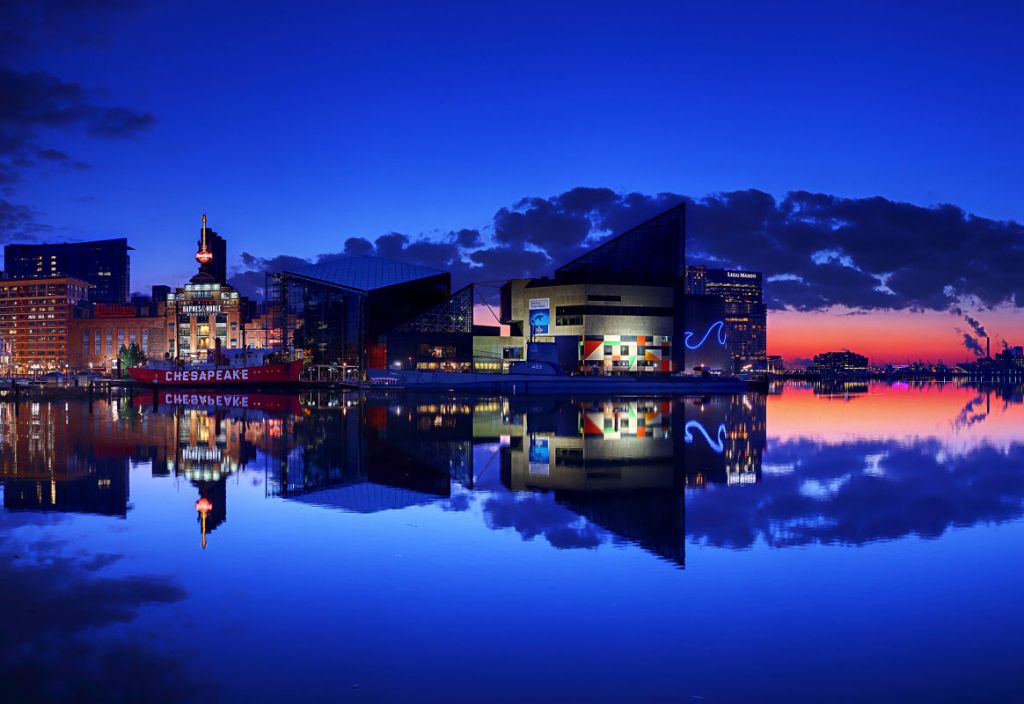 A great alternative to bustling Washington DC, Baltimore is a colourful and diverse city, known for its beautiful harbour, vibrant neighbourhoods, thriving food, drink and art scene, as well as being deemed one of America’s greatest historical destinations. Not only that but the city, fondly known as ‘Charm City’, also featured as one of the top cheapest places to visit last year by Forbes, meaning the money will stretch further here than with its neighbours. Easily accessible via foot, travellers can explore the city’s colourful areas, indulge in fresh seafood and explore the diverse waterfront destination, rich in history and culture, all at their own pace.

If you’re a fan of art, you should take the time to visit the Baltimore Museum of Art which houses the world’s largest collection of Henri Matisse. Another great place is the American Visionary Art Museum. Here, visitors can see works from self-taught artists, and you might even get the opportunity to join in with a walk-in weekend workshop. Boasting an energy like none other thanks to its recent urban renaissance, travellers can make their money go further and experience more in Baltimore, whilst avoiding the crowds and costs of Washington DC. 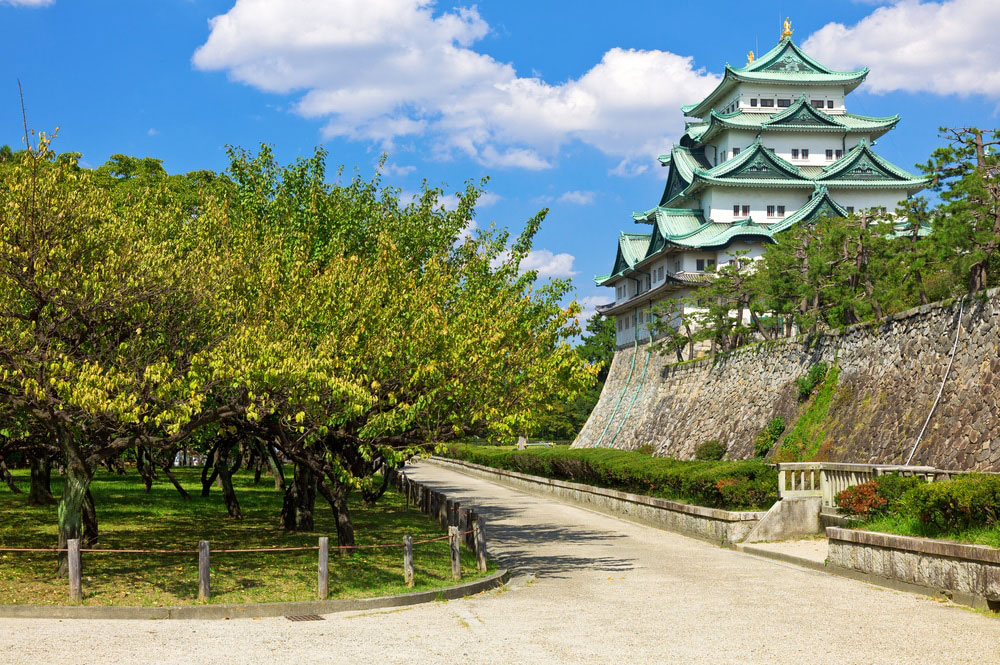 Swap the renowned bustling cities of Kyoto and Tokyo for Japan’s fourth city, Nagoya, which lies between the two in the centre of Japan. Nagoya offers visitors the delights that Japan has to offer, but at a slower, more relaxed pace. Space-age skyscrapers and world-renowned science museums sit alongside Nagoya’s rich culture and history. Visitors can explore the ancient Atsuta Jingu Shrine, built over 1,900 years ago it remains one of Japan’s most significant Shinto shrines. Another must for culture vultures is the palatial Nagoya Castle, built more than 400 years ago; it was the first castle to be designated a Japanese National Treasure.

Nature lovers can enjoy the changing seasons in the stately garden that surrounds the castle, with Japan’s iconic cherry trees blossoming in the spring and large chrysanthemums appearing in the autumn. The Nagoya Prince Hotel Sky Tower in the Sasashima Live district is the perfect base to explore the city. With rooms starting on the 32nd floor, guests are treated to views across the city along with a rooftop garden which provides a tranquil oasis of green space to relax post-exploring the city. 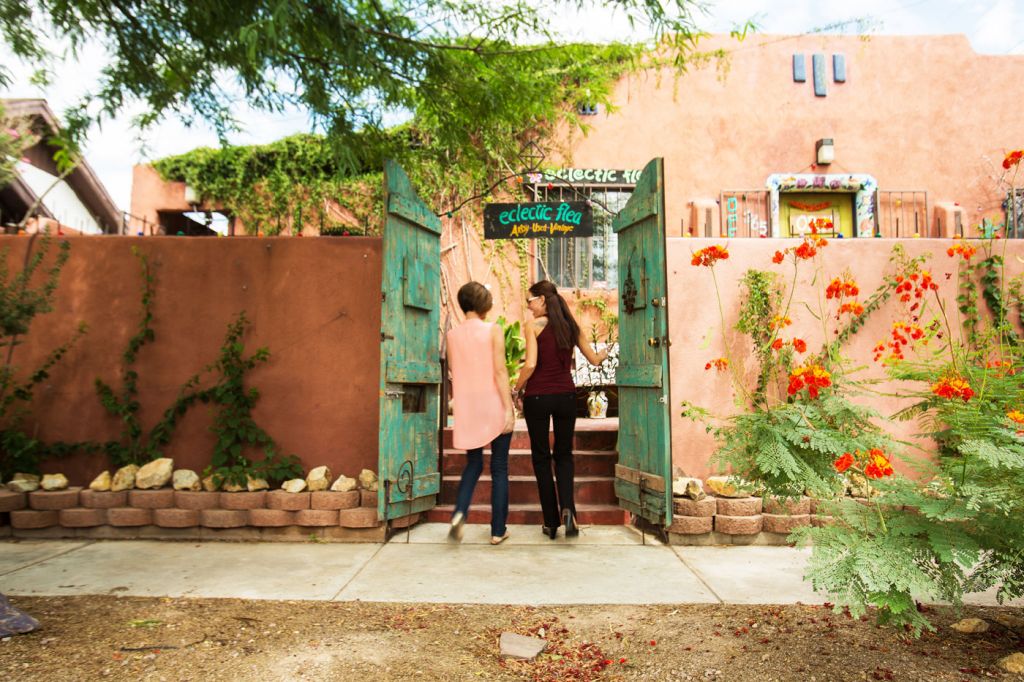 The USA is far from lacking when it comes to cities to choose from But, for those visitors who have ticked-off the metropolises on the east and west coasts and who are after a more authentic laid-back America, then look no further than Tucson in the Arizona desert. Food lovers will delight in knowing that Tucson was the first city to earn the designation of World City of Gastronomy by UNESCO.

Home to trendy eateries, some of the best Mexican food the north side of the border, and James Beard Award winners like Chef Janos Wilder of Downtown Kitchen + Cocktails and The Carriage House in downtown Tucson, the city offers a truly unforgettable dining experience with a rich agricultural heritage and thriving food traditions to boot. Between dining, visitors can head to one of the city’s

championship golf courses, take in the flourishing art scene, explore one of the many museums or delve into the area’s rich filmmaking history. Discover more here.

Abu Dhabi, UAE – Cultural and historical gem in the heart of the Middle East 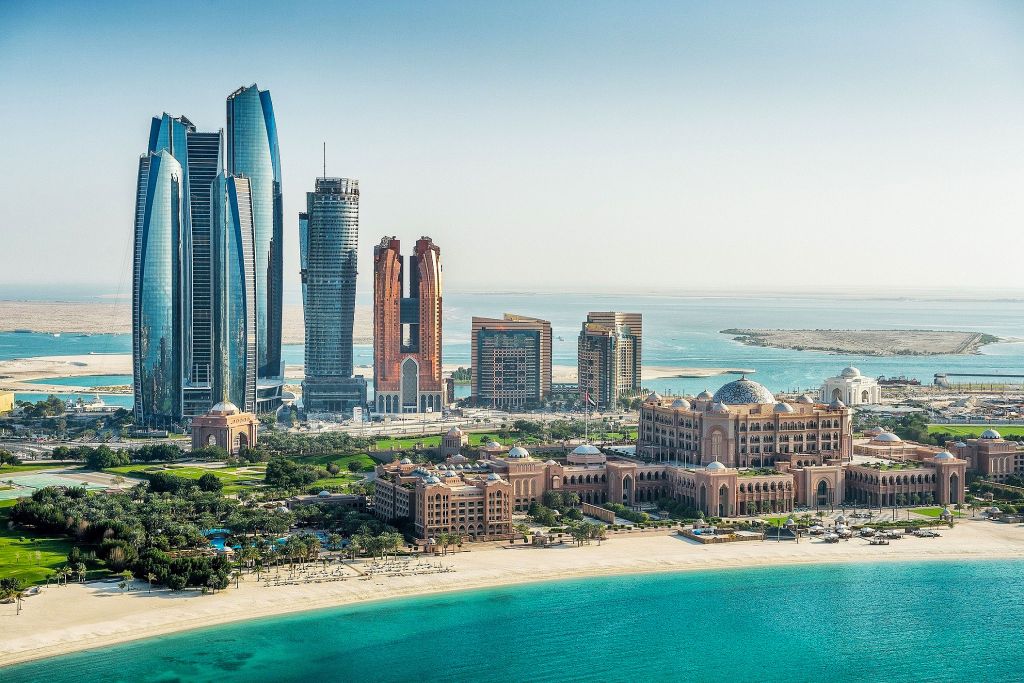 Abu Dhabi is often referred to as Dubai’s understated older sister. Visitors will find that the city moves at a more leisurely pace, with fewer skyscrapers and a little-less bling on show. But don’t be fooled, Abu Dhabi has a wealth of history and culture to offer, including the magnificent Louvre Abu Dhabi featuring artwork from all the greats, three world-class theme parks, beautiful white-sand beaches, lush mangroves and desert adventures on its doorstep.

The jewel in Abu Dhabi’s crown is the stunning Sheikh Zayed Grand Mosque, which features the world’s largest hand-woven carpet, breathtaking floral mosaics and some of the world’s largest chandeliers. Abu Dhabi is spread across a number of islands meaning visitors will never feel claustrophobic, whilst green outdoor spaces are aplenty for those needing time to sit back and watch the world go by.

Toronto, Canada – A cosmopolitan city to rival any other 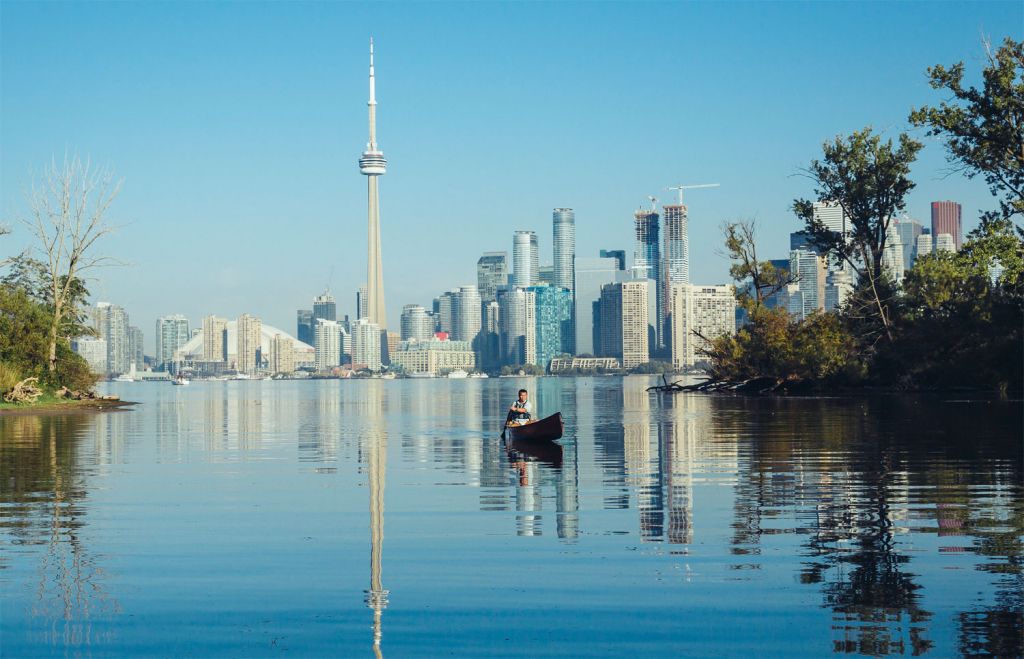 Bright and bustling, Toronto is a cosmopolitan city on a slightly smaller scale, offering everything from world-class cuisine and spectacular attractions, to one-of-a-kind entertainment and popular sporting events. Visitors can wander through culturally diverse neighbourhoods, explore markets such as St. Lawrence Market, which showcases over 120 merchants and artisans along with ‘must-try’ Canadian cuisine, delve into Toronto’s Distillery District which can be explored on foot and hike on the Toronto Islands – a collection of 15 small leafy islands located in Lake Ontario, one of the five Great Lakes of North America.

Come nightfall Toronto is a haven for top restaurants and bars, including 360 The Restaurant at the iconic CN Tower, where guests can dine on unforgettable food while taking in the revolving view of Toronto more than 351 metres (1,151 ft) below.

We hope this short city guide has inspired you. If you’d like to read more guides, reviews, news and articles,  visit our dedicated travel section here.