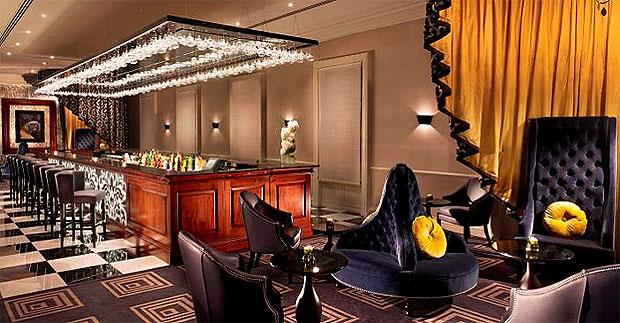 Guoman Hotels’ The Grosvenor, London’s oldest railway hotel, has come to the end of an extensive interior and exterior refurbishment project, as the world’s eyes turn to the capital for 2012.

The iconic Grade II-listed property, which originally opened its doors in 1862 and was the first hotel in the capital to have fully functioning lifts, has been restored to its full Victorian splendour by Guoman Hotels.

Managing Director of Guoman and Thistle Hotels, Heiko Figge, said: “The reputation and history of The Grosvenor hotel makes it a valuable addition to the Guoman Hotels portfolio and allows us to build on our London presence for 2012. We have invested a great deal into blending the hotel’s original charm with modern day comforts to reinstate The Grosvenor as one of the grandest and most well-loved hotels in London.”

During the course of the 18-month project Guoman has worked hand-in-hand with experts from English Heritage to lovingly preserve and revitalise the building’s original architectural features. This included the reinstatement of the original gold leaf finish, hand painted onto all the columns in the grand lobby as well as the uncovering of original white marble on the iconic pillars, which were discovered as the works progressed. The end of the project will also see the hotel officially become the fifth member of the luxury Guoman Hotels portfolio. Presented at an impressive four-star deluxe standard, all of The Grosvenor’s 346 bedrooms have been transformed to a high specification. There is a new residents’ gym, offering the latest fitness equipment, as well as a fully-enhanced meeting and conference space where all of the rooms are named after iconic trains – a direct homage to the hotel’s heritage as a central railway hotel.

Meanwhile, the sweeping marble staircase at the heart of the building now leads to a new destination bar, Reunion, underlining the hotel’s reputation as the ideal central spot for meetings and champagne gatherings in the hub of Victoria.

Other points of the full refurbishment include:

– Restoration of the light and airy lounge area, perfect for an informal meeting or a traditional afternoon tea

– The creation of Grand Imperial, a Cantonese fine dining restaurant which includes a private dining room for 20

– Creation of nine new meeting rooms on the first floor, with accommodation for groups of up to 110

Visit http://www.guoman.com for rates and reservations at The Grosvenor.