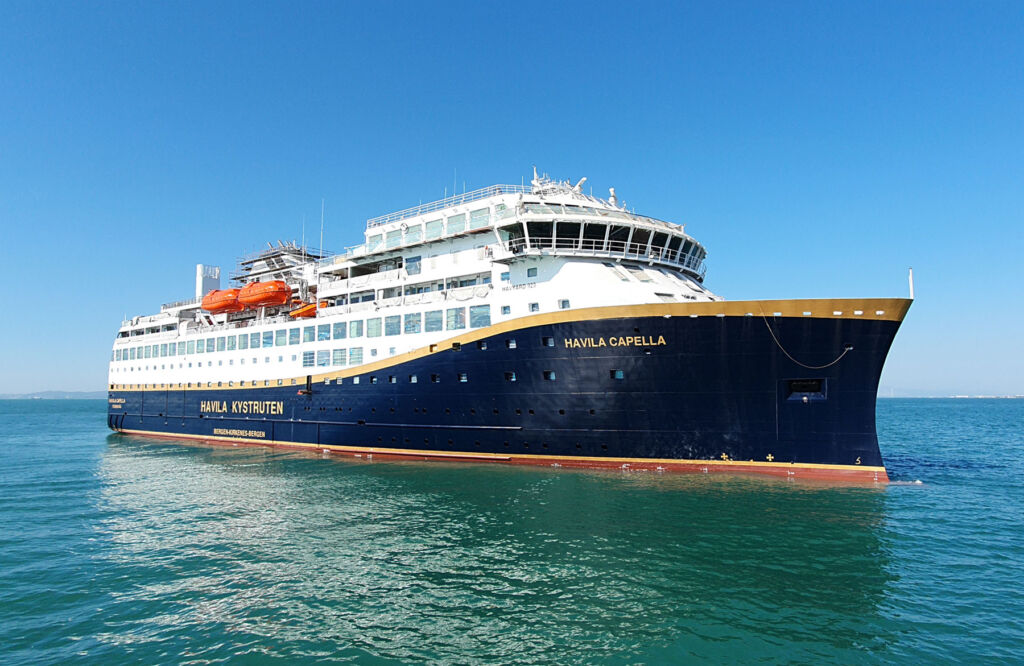 Havila Capella will soon make its way to Bergan, the home of Havila Voyages. The new coastal cruise ship is only the first of four state-of-the-art vessels commissioned by the Norwegian shipping company and will begin its official sailing’s from Bergen on the 1st of December.

Bent Martini, the CEO of Havila Voyages, was understandably thrilled by the delivery of the news ship. He said, “We have waited a long time for this, and now the first ship is finally in our hands, and we will start preparing for setting sail towards Norway.”

If all goes to plan, Havila Capella’s first round trip will be on Wednesday the 1st of December and take place between Bergen and Kirkenes. This will be the first opportunity for passengers to get acquainted with the new cruise ship. The ships interior and its food offerings have drawn their inspiration from the coastal areas they travel through. 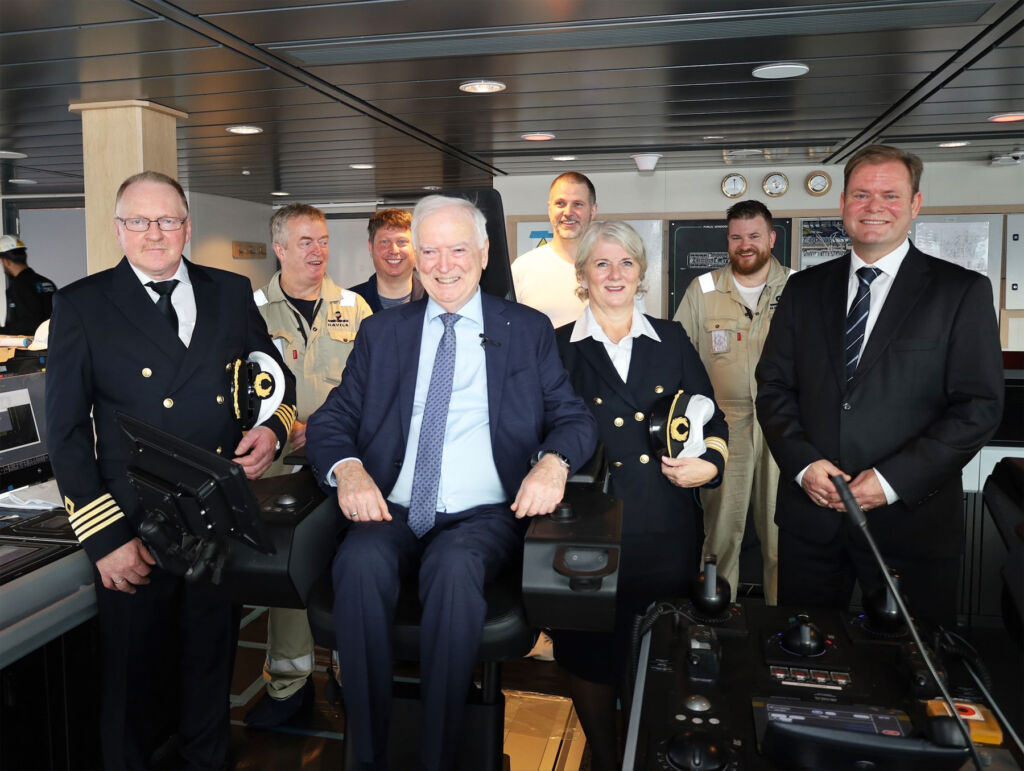 Martini told us he is very much looking forward to showing the new ship to people along the coast and to the passengers who will travel with her. “We are really looking forward to getting Havila Capella into service, and on the journey from Turkey to Norway, we will post movies and photos on social media where you can meet ships and crew and get several sneak peeks on board.”

Ensuring that the sailing of Havila Capella to its new home goes smoothly, workers from the yard and the subcontractors will be involved in parts of the journey to Bergen. Alongside these, Havila Voyages will have its own employees on board to help ready the ship for travel along the Norwegian coast. When the ship finally arrives in Bergen, more people will be boarding to familiarise themselves and get things ready for the first official sailing. 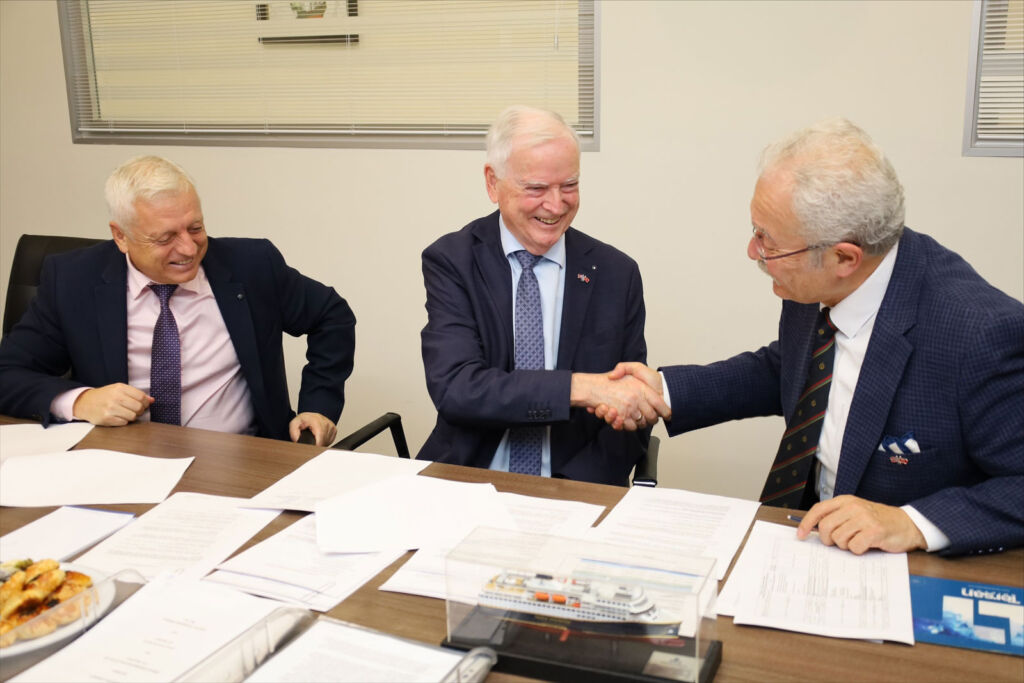 Mehmet Gazioğlu, the general manager of the shipbuilder Tersan, said, “The four coastal cruise ships for Havila Voyages are a special assignment for us. There have been some challenges, including the pandemic, which has led to delays, but we have learned a lot from building the first ship and expect more efficient construction of the next ones. Today I am pleased and proud to see the beautiful ship the Havila Capella has become.”

Bert Martini will be on board personally for Havila Capella’s first official sailing. He and other senior members of the company have established a temporary office onboard the new ship in readiness.

Martini has likened the Havila Capella to a large hotel due to it having 179 cabins, large communal areas and several restaurants. The ship’s cabins are comparatively large, light and airy, with the communal areas focused on the views. For example, Havila Voyages have requested the installation of glass roofs, enabling guests to see the Northern Lights in comfort. The views will not be restricted to the indoors as the Havila Capella also benefits from an outdoor promenade. 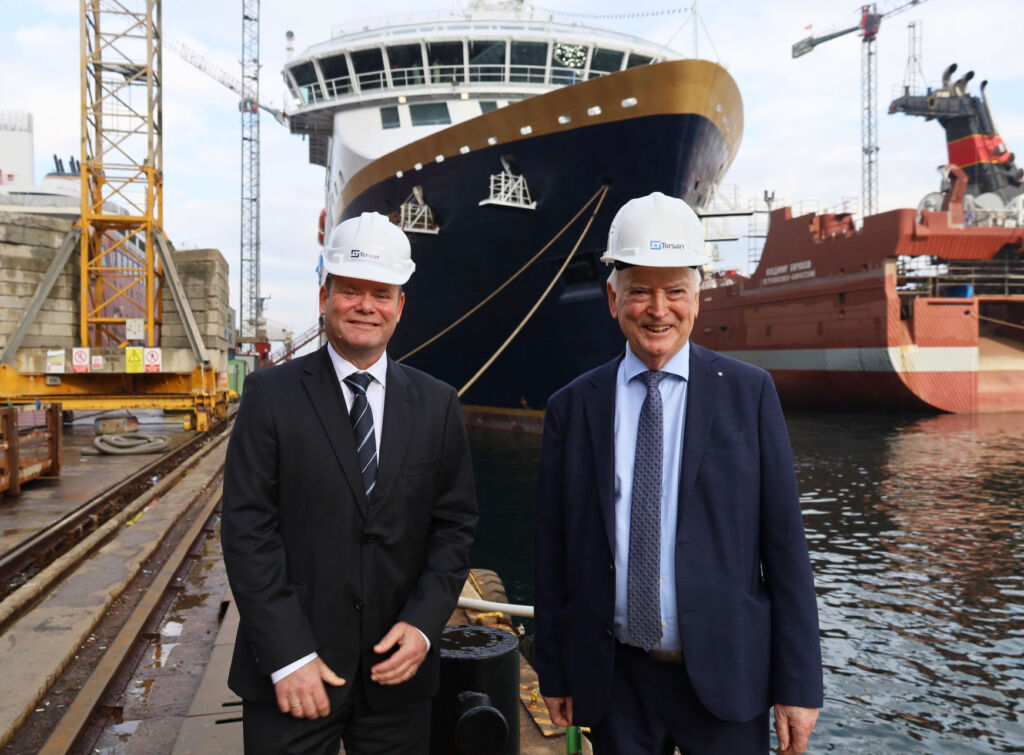 The four new coastal cruise ships commissioned by Havila Voyages will be the most significant investment in tourism seen along the coast. I addition to this, all of the ships will be focusing on environmentally-friendly travel. The ships are powered by batteries and clean hydropower, making them among the cleanest cruise ships on the seas.

The ships are said to produce zero emissions and have enormous battery packs onboard, allowing them to travel without noise for up to four hours. This environmentally-friendly stance by Havila Voyages is said to be just the beginning and sets a benchmark for other cruise lines to try to replicate.

You can learn more about Havila Voyages and their new ship Havila Capella and what else they have in the pipeline on their official website www.havilavoyages.com.