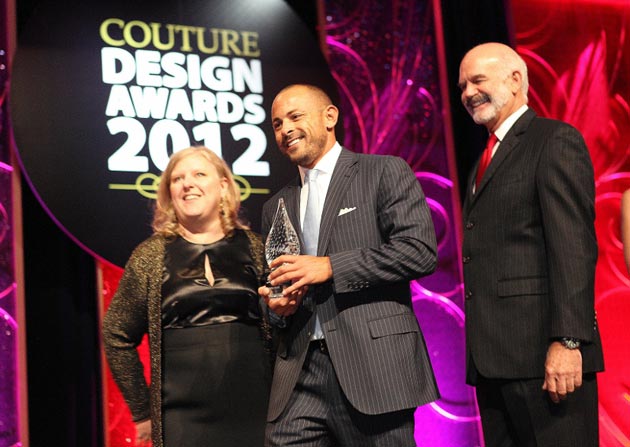 In front of a packed house, representing every corner of the watch and jewelry industry at the 2012 Couture Design Awards, HD3 won the Couture Time Award for Innovation with their HD3 Slyde.

The show took place at Wynn Hotel in Las Vegas at the end of the Couture trade show. Accepting the award on behalf of HD3 was Johnny Wizman, CEO of Luxury Montres, North American distributor for the brand.

HD3 Senior Designer & Founder, Jorg Hysek said “We are very proud to receive this prestigious award for such a revolutionary timepiece. As a designer, the only thing that counts is freedom and we, at HD3, are very happy to prove that taking risks for your freedom can be rewarding when done with passion”. 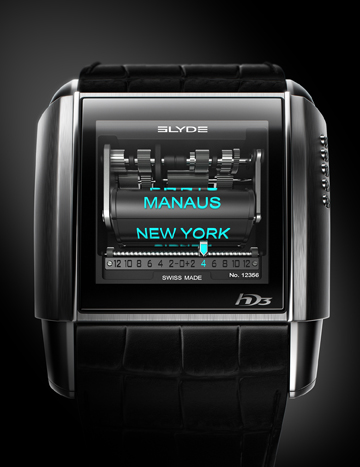 The winning timepiece, the Slyde, is a fusion between the latest technologies and the art of watchmaking, opening a new creative dimension in horology – a challenge never before taken up in the luxury-watch industry.

The revolutionary display, equipped with a touch screen, enables the user to generate an infinite variety of timepieces on his wrist. This range of multiple watches in one, has been made possible by creating top-quality virtual modules.

The Slyde watch is made according to the traditional standards of top-grade Swiss watchmaking and is labelled “Swiss Made”.